DO CLOTHES MAKE THE LANGUAGE? | According to a German proverb, you can recognise the bird by the feathers. If proverbs were language’s feathers … what would their use reveal about us? Without metaphors, we could hardly communicate at all. Proverbs and idioms are also nearly indispensable, yet sometimes underestimated. In this sisterMAG column, Elisabeth Stursberg discusses why that is and why it should not be, bringing to mind many of our favourite fashion-related examples. In this issue: Informal clothes, like underwear.

Other parts of the column: The hat | The pants | The dress | The blouse

Linguistic introspection should include proverbs, too

In this column we look at the relationship between clothes and language, namely formalised language that comes in the form of proverbs, idioms and expressions. And we have so far focused primarily on the signal effect of language towards the outside, we now turn our attention inwards. We look at: our hidden self. Some people say that we all have three egos – and no, not the Freudian ones. What is meant here is: professional, personal, private (in other words: jacket, shirt, vest). With homewear and lingerie – informal clothing in general – we find ourselves somewhere between the second and the third. And I think it’s worth looking at the personal and private elements of our language for a moment. Let’s start with a habit that nearly all of us – it’s true! – indulge in every now and then or perhaps a bit more often, probably with a slight feeling of guilt: gossip, »washing dirty linen«. In doing so, we reveal a lot about our inner self because we get more easily carried away, airing observations, statements and judgments which normally we would not represent. Our choice of words is also much more affective.

A second aspect occurred to me when I came across a quote by the wise Bertold Brecht, which seemed strangely current in a year that has so far brought us rampant divisive political rhetoric as well as a renewed, profound awareness for anti-racist language:

one washes it from time to time. /

One does not have one’s own words, /

and one never washes them.«*

Our language betrays our inner convictions. The proverbs, idioms and metaphors we have in our vocabulary, even passively, consciously and unconsciously influence our view of the world. From infinite linguistic possibilities we must actively acquire those that are not only as precise, appropriate and beautiful as possible, but also uncompromised by past rhetorical shifts or by being or having been used in the service of injustice. In this context it is interesting to note that we now tend to use »dirty« laundry as a metaphor for explicitly negative content, for instance, whilst divulging unpleasant details during a public divorce. Surely not all gossip women used to exchange while washing clothes was negative, rather, their interactions were about exchanging unofficial knowledge in general (I assume). However, the word »dirty« is powerful and, secondly, the critical revision of one’s own language requires a certain discipline.

The inner voice, how we talk to ourselves, belongs in this context too. Also here, proverbial phrases can be hidden, for it is precisely their smooth applicability that makes them so popular. We already had the quote-turned-world-famous-saying by Karl Lagerfeld, who had such a distaste for sweatpants [Link 1]. What I would really like to know is how effective such statements can be in an individual case. Do we believe him? Do we start doubt, even if only for a tiny moment, whether we really still have »control« over our lives because, just today, as an exception, we went to get groceries while wearing sweatpants? Or, similarly: Do we still subconsciously perceive a man in a hat as more respectable, and more powerful? [Link 2] Karl Kraus was alluding to something else when he observed: »With a woman, it’s not only the outer appearance that counts. The lingerie is also important.« Satire, obviously. But humour and gender-specific role models are relevant here too. If »white lingerie« stands for innocence and purity, what do we mean by innocence today? Why do so many of us still wear white wedding lingerie? Proverbs that refer to our clothes always aim to define who we are, what we are and what we believe. Sometimes I wonder whether a gentle handwash from time to time is actually enough.

*Translations by the author 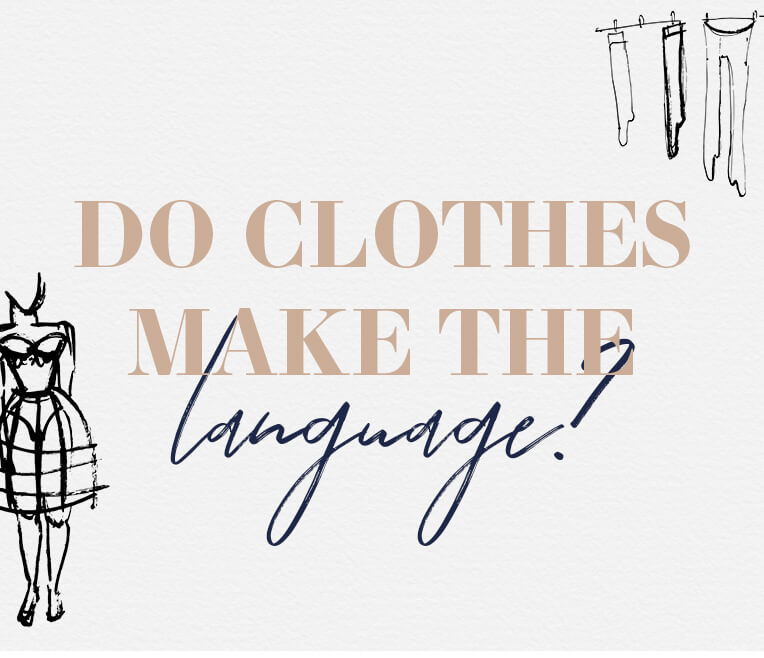 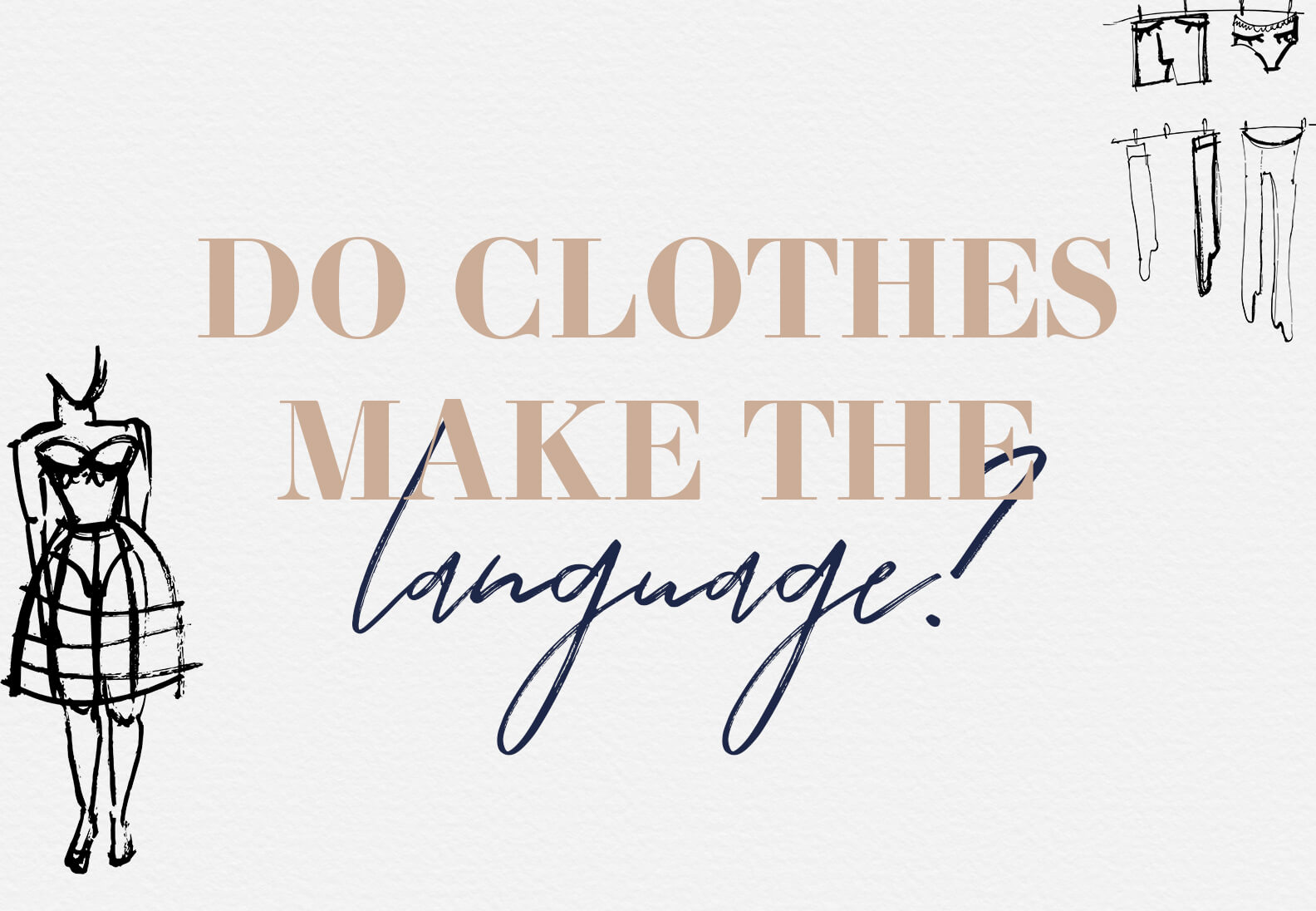 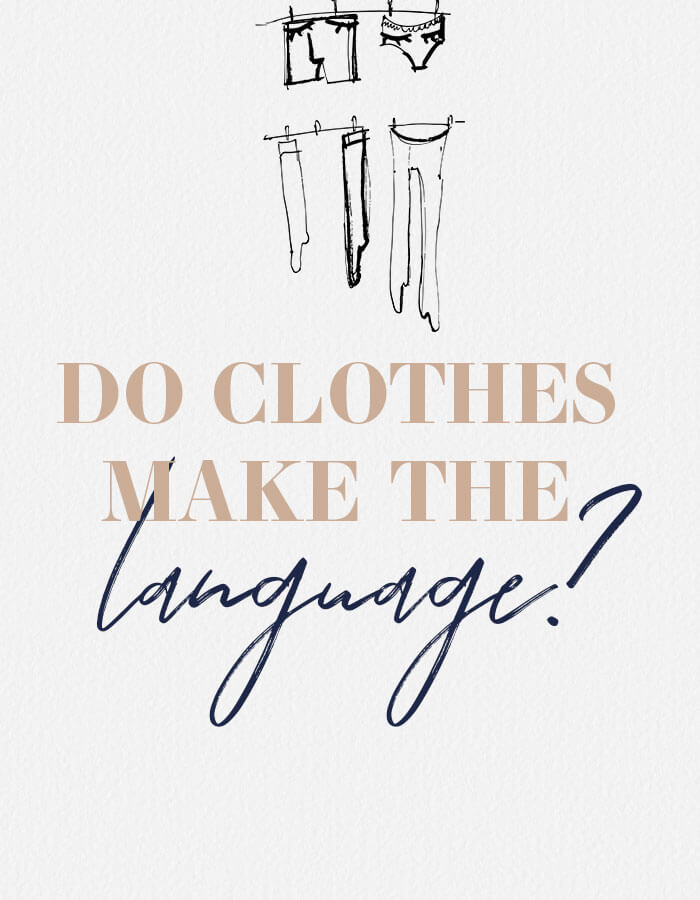 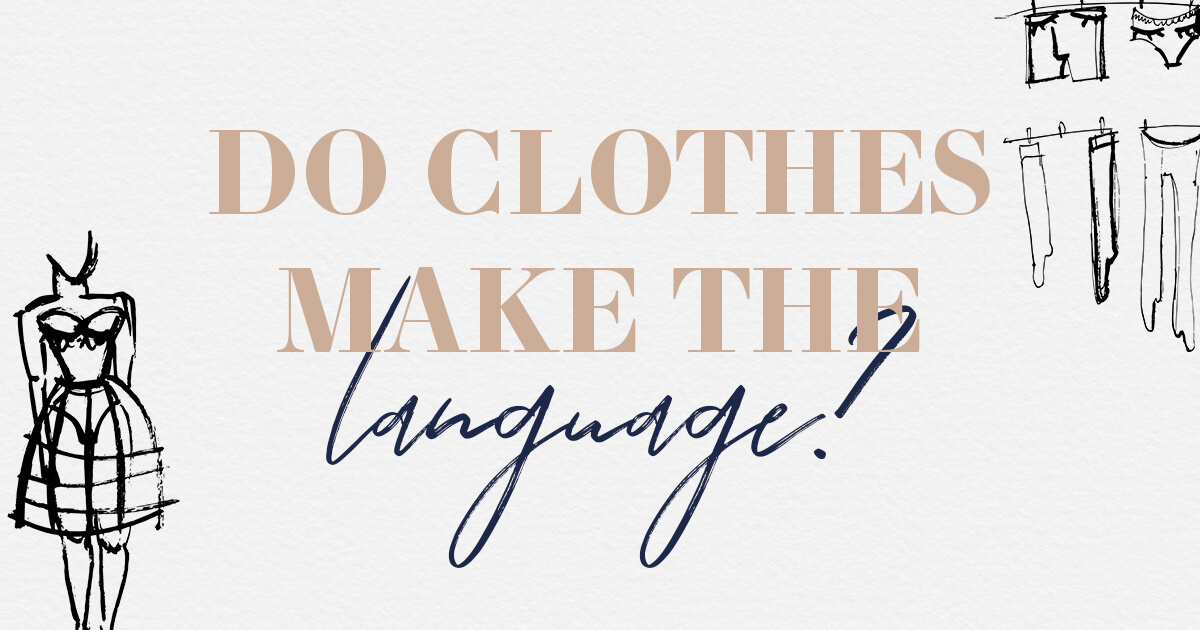