Proverb Column: Is language really the dress of thought?

DO CLOTHES MAKE THE LANGUAGE? According to a German proverb, you can recognise the bird by the feathers. If proverbs were language’s feathers … what would their use reveal about us? Without metaphors, we could hardly communicate at all. Proverbs and idioms are also nearly indispensable, yet sometimes underestimated. In this column, Elisabeth Stursberg discusses why that is and why it should not be, bringing to mind many of our favourite fashion-related examples in sisterMAG. In this issue: The Dress

Other parts of the column: The hat | The pants | The blouse | The underwear

Is language really the dress of thought?

Proverbs are on to our vestimentary tricks

We have already mentioned it at the beginning of this column: Proverbs and sayings are a treasure. Not only are they concise. They can also develop authority: »Without hope is like being without a dress. Even in warm weather you’re cold. « Who would dare question such insightful statements? (By the way, this one too is of Russian origin, they say, like so many proverbs.) One simply does not argue with their wisdom relying on the condensed experience of generations.

Moreover, proverbs are pictorial and activate our imagination. Why say curtain when you can also choose the »window dress«? (This works better in German: »Fensterkleid«.) Regardless, we would like to maintain here: Proverbs make our communication more entertaining and our language more charming. »Language is the dress of thought, « the English linguist and journalist Samuel Johnson (1709-1784) stated, and »proverbs are the flowers of language, « we say lyrically; however, in opposition these flowers can acquire the power of a sledgehammer. Proverbs do all these things, and we are not even getting into metaphors because without those we could hardly formulate two sentences. The question remains: how applicable, how true are proverbs in our life today?

This issue is dedicated to the dress. Before going any further, we should therefore address the white elephant in the room (was that the metaphor?) and clarify one thing: While the noun »dress« can also refer to »clothing« or »apparel« in general, it is now more commonly used to describe an outer garment [Link 1] consisting of a one-piece bodice and skirt. In German, the language in which this text was originally written, proverbs typically use the equivalent of »dress« which is the same as for »clothes«. Never mind the broader terminological focus here as the main message applies either way.

Proverbs can do even more than summarised above, namely for those using them, the keyword being: »Clothes make the man. « How we use language tells others a lot about us, and the use of proverbs and sayings can be, ahem, the cherry on top. British English with its idioms is once again a good example, because from a certain level, the improvement of learners’ language skills is largely measured based on whether they have mastered idioms and are comfortable using them. How posh someone speaks – this regards mostly native speakers – not only indicates their home area but can also provide listeners with information about their socio-economic background. Meanwhile, things are slightly different in Germany where dialects, including their proverbial qualities, are sometimes perceived as evidence of a certain educational level, unfortunately and unfairly of course. If you train to lose your dialect, these embellishments get lost as well. By the way, Shakespeare also observed: »The soul of this man is in his clothes. « One possible interpretation of this would be that disguise makes little sense. As we know, the Emperor’s New Clothes did not get him far either …

Only, what is the alternative? A different observation can give hope: »The truth has a beautiful face, but torn clothes, « since apparently there is another school, one which attaches less importance to the outer appearance given by clothes. »Even if my dress is black, my conscience is pure, « goes another manifestation of Russian wisdom. We also learn that even if they are intact, clothes cannot always save the day, because – and I sincerely hope this belief of mine is not just youthful optimism: “You receive people according to their dress and dismiss them according to their intellect.” How successfully someone “dresses” a professional position (literal translation from German) will emerge sooner or later, and their wardrobe is not the indicator.

»You can’t eat even the most beautiful dress. « What not only Carrie Bradshaw would dispute vigorously, I assume, ultimately boils down to a question of priorities and points to another essential aspect: subjective perception. The unforgotten Coco Chanel famously postulated: “No woman gets too cold in her most beautiful dress.”

Find here other proverb columns about trousers and the hat. 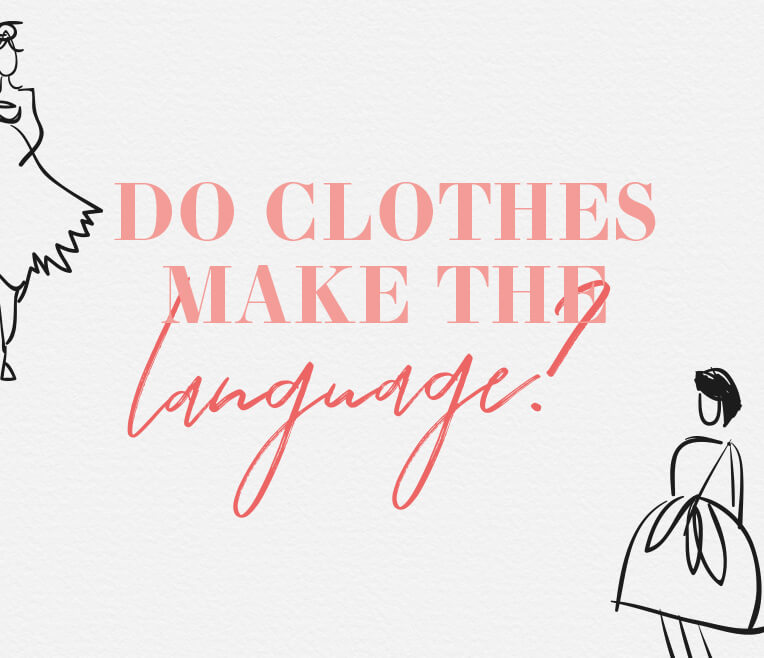 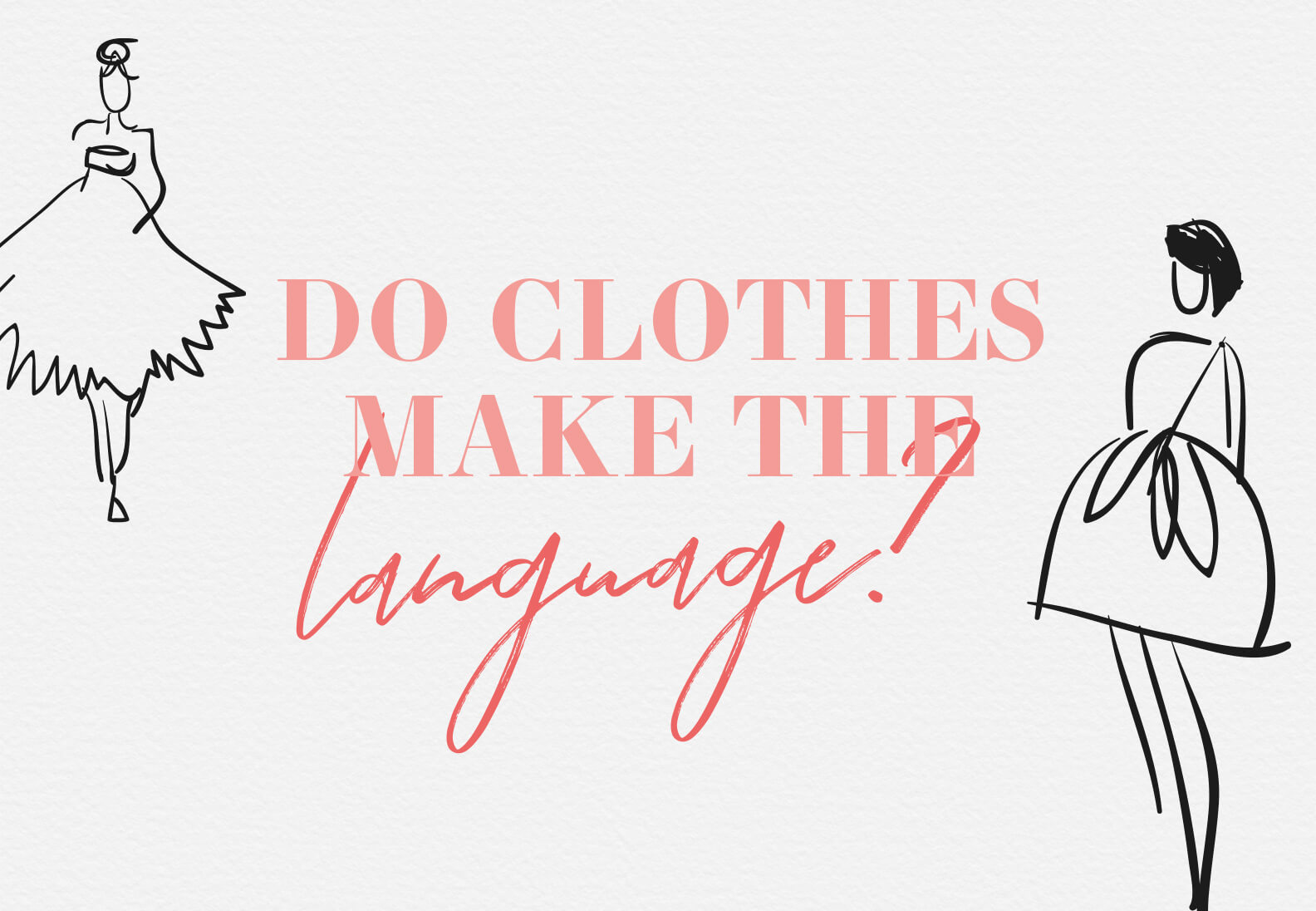 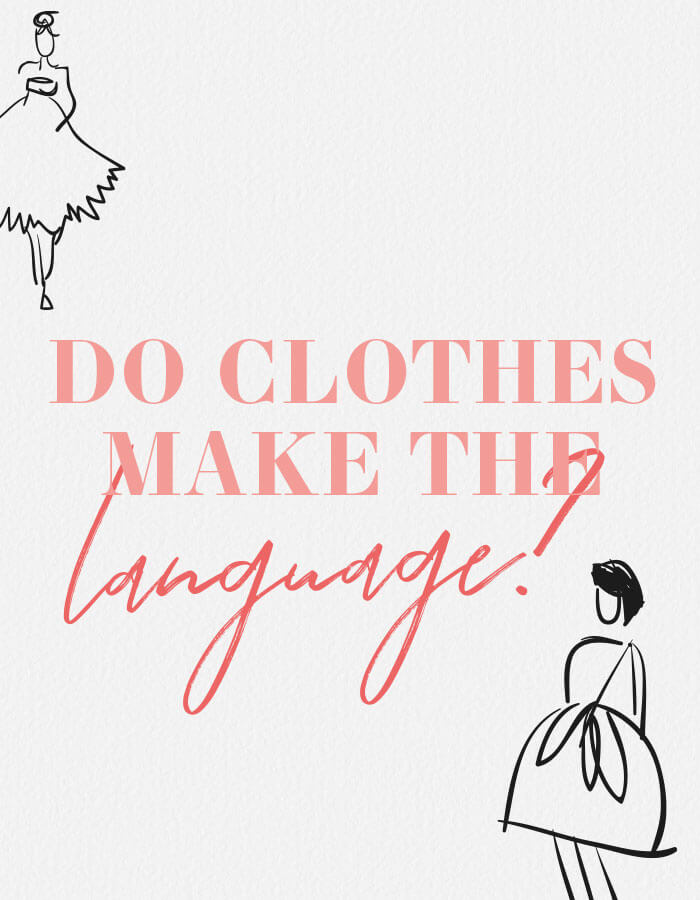 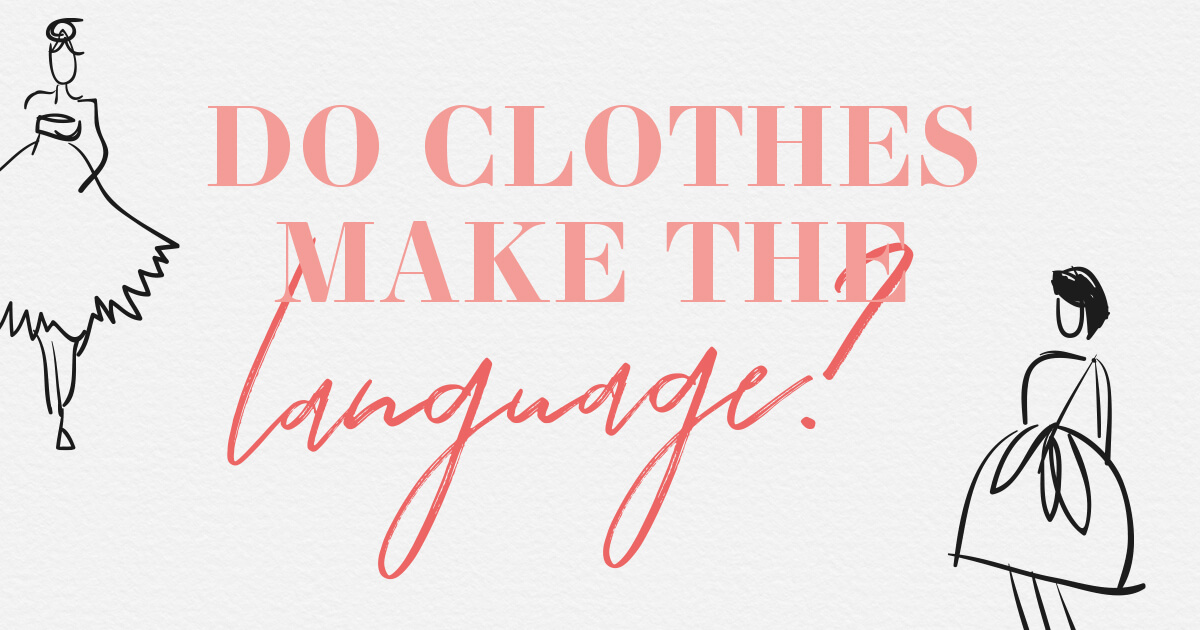