Flowers and plants in art

In this sisterMAG series, we present a selection of more and less well-known artists. Their work features a particular characteristic that is also central to the issue. This time: flowers and plants.

Want some more art? The series started with trousers in art, continued with fashion photography and the dress, blouses in art, followed by skirts in art.

Flowers and plants in art

In this sisterMAG series, we present a selection of more and less well-known artists. Their work features a particular thematic thread. In this issue, everything revolves around flowers and plants.

The list of artworks depicting flowers and plants is endless, and there is no end to it in contemporary art. Numerous artists were and are fascinated by nature and draw their inspiration from it. This sisterMAG issue is this time also very flowery and therefore we have compiled a small selection of flower depictions from the history of art. And you get a few facts about the flowers and plants from around the world on top!

Maria Sibylla Merian (1647 – 1717) was a German naturalist and artist who meticulously studied plants and insects of all kinds and recorded them in drawings. Her oeuvre consists of a large number of nature studies and notes of her observations. This drawing on vellum, part of the collection of the British Museum, features a blue bird, more specifically an inidigo bunting, above a branch of Surinam cherry. Below it, a squirrel monkey is just about to hold its tail and bring its other hand to its mouth. The Surinam cherry belongs to the myrtle family of plants and grows as a shrub or small tree. It is widespread in the eastern part of South America from Surinam to Uruguay. The fruits can be safely eaten from the tree or processed into juices, wine and fruit jelly.

Utagawa Hiroshige (1797 – 1858) was a Japanese woodblock printmaker towards the end of the Edo period, the historical period from 1603 to 1868 in Japan. The artist gained fame for his novel composition of landscape prints and exerted great influence from European Impressionism. This woodblock print named »Hibiscus Mutabilis and Jay«, which is in the collection of the Metropolitian Museum, shows a hibiscus branch with a jay sitting on it and looking around. In the background is a gradient of color, showing a deep red at the top and becoming lighter towards the bottom. Hibiscus belongs to the mallow family and is found mainly in subtropical and tropical areas of the world. Hibiscus grows as a herbaceous plant, shrub or tree and is especially popular and beneficial as a tea.

The Dutch painter Vincent van Gogh (1853 – 1890), who probably needs no special introduction, also ventured into the painterly depiction of flowers and plants during his artistic career. The artwork »Sprig of flowering almond in a glass«, which is part of the art collection in the Van Gogh Museum in Amsterdam, was created in Arles in France during the last years of van Gogh’s life and shows an almond blossom branch in a glass filled with water on a table in soft shades. The almond tree is a member of the rose family and starts blooming in January – continuing into April. Its seeds, which we may know more as almond kernels or almonds, are used as a food and ingredient in various dietary products. So it’s a real all-rounder!

The work »Amaryllis« by the Dutch painter Piet Mondrian (1872 – 1944), which is in a private collection, is not necessarily the typical motif one would expect from Mondrian. He is best known for his strictly geometric paintings with a black grid and rectangular areas of color in blue, red, yellow and white. But the artist also had a great interest in nature and form studies of various flowers. He once said about this, »I enjoyed painting flowers, not bouquets, but a single flower at a time, in order that I might better express its plastic structure.« The amaryllis is a member of the amaryllis family and there are only two species of it common in winter rainfall areas in South Africa. It is an herbaceous plant that does not form leaves until after its flowering period. Besides the leaves, it also forms a capsule fruit.

The expressionist painting »Still Life with Orchids (Dancing dream creatures)« by the German painter and graphic artist Ernst Ludwig Kirchner (1880 – 1938) shows orchids colored in various shades of blue-red, the »queens among flowers«, whose blossoms seem to dance. The work was created in the seclusion of the Swiss mountains in Davos, where the artist lived and worked until his suicide in 1938. Orchids are a family of plants found throughout the world and can grow in a wide variety of ways. Many species of orchid grow on trees. No other plant family has such a spectrum of shapes and colors to offer as that of the orchid. In a quotation from 1928, the period in which the painting was created, his special affinity with nature is expressed: »I planted primroses and pansies in the house garden. Unfortunately only I had to cover them immediately, because it snowed again, the potatoes are now in the ground. I put wonderful gentians in a bowl in water, now they bloom quite beautifully blue. Outside there is snow.«

You know more artworks with especially beautiful and inspiring flowers? Let us know! Share them with us on social media or feel free to send a message to carolin@sister-mag.com. We look forward to your suggestions!

Want some more art? The series started with trousers in art, continued with fashion photography and the dress, blouses in art, followed by skirts in art. 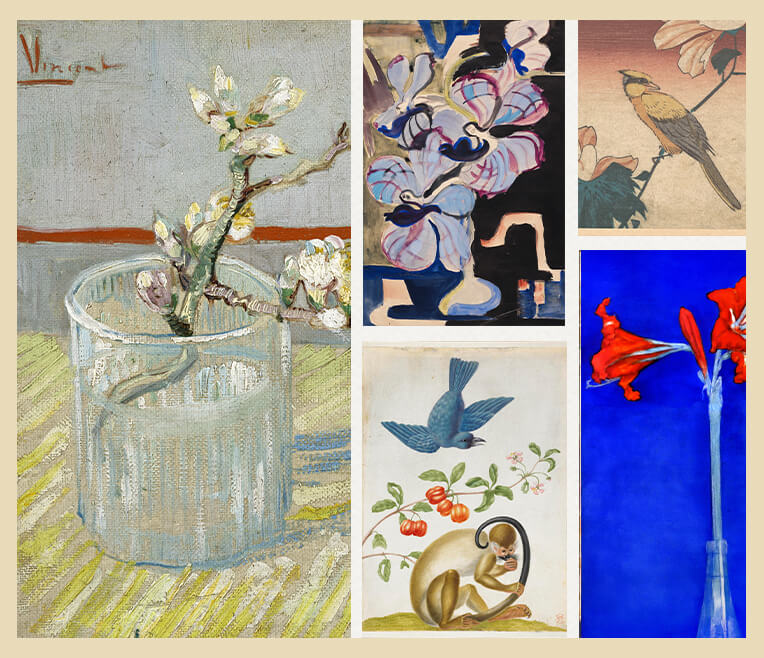 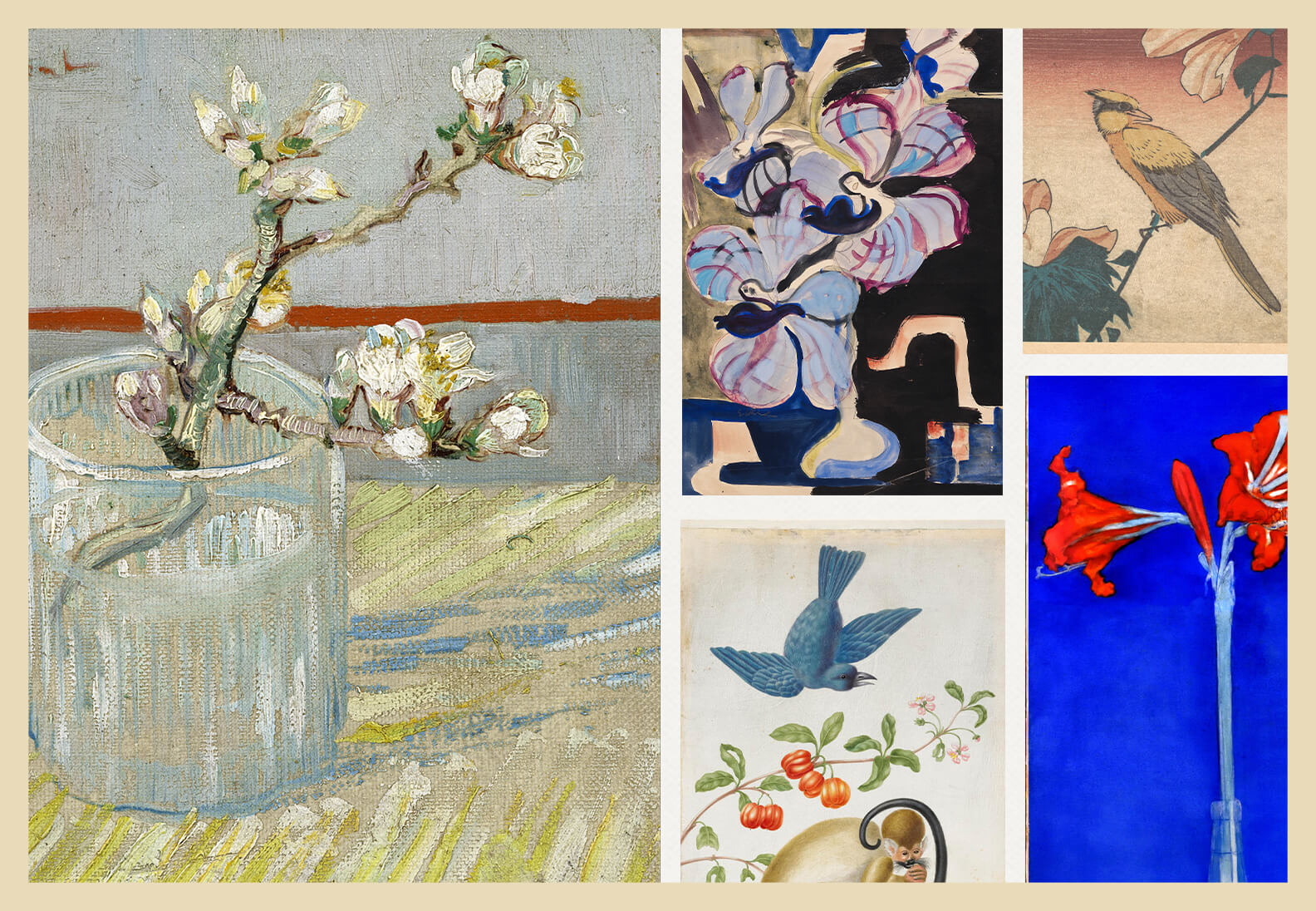 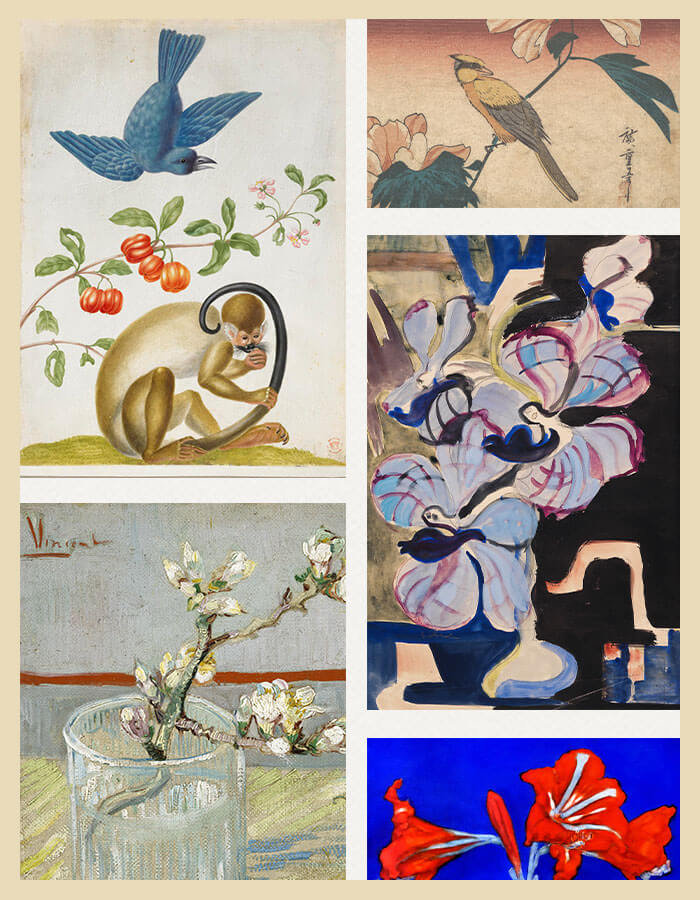 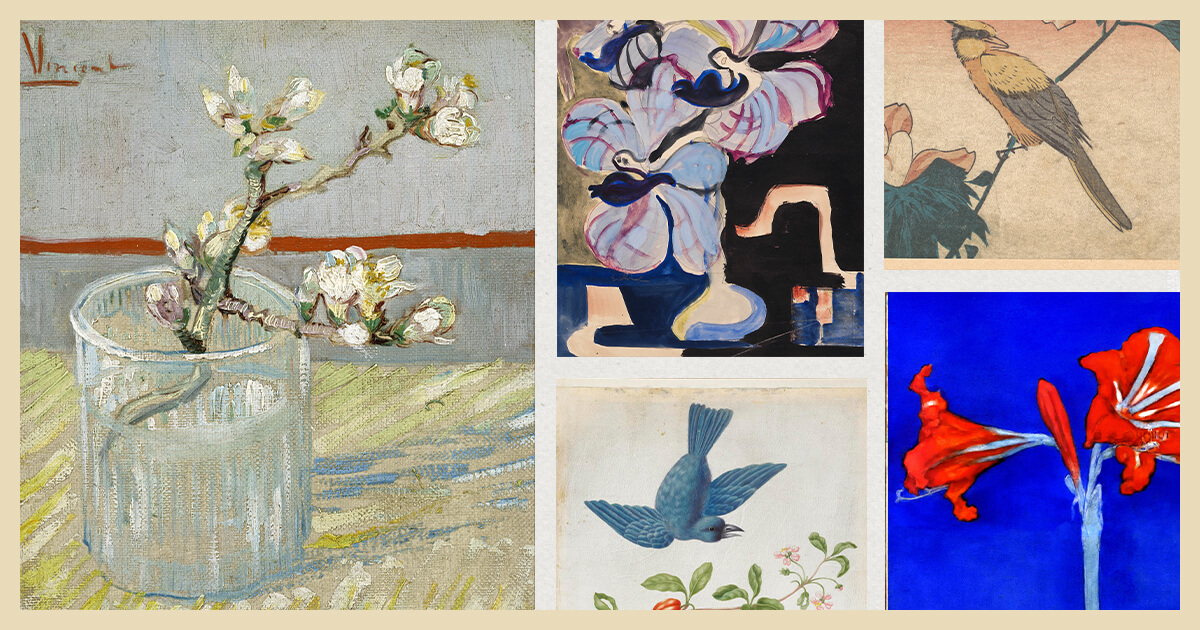