Fashion photography and the dress

In a series we will present a selection of more or less well-known works of art and artists* in every sisterMAG issue in 2020. One piece of clothing will be the focus of the series and will be the central theme. In this issue everything revolves around dresses in fashion photography. Read here the article by our team art historian Caro.

Fashion photography and the dress

In 2020, every sisterMAG issue features a selection of less or more well-known male and female artists. Our focus lies on the main piece of clothing from the respective issue. This time: the dress.

It took quite a while until this discipline was actually accepted as a valid form of art – for a long time, fashion photography was deemed to be solely commercial, its creativity always connected to the project. Today, the genre is a crucial part of the art world and shown at countless exhibitions and in museums. The list of important names is long – meet six of them here…

You might call the American photographer and gallery owner Alfred Stieglitz the father of fashion photography. Together with fellow photographer Edward Steichen, he led the Avant-Garde »Gallery 291« in New York and also published the magazine Camera Work. He had a huge impact on the spread of the European Avant-Garde in the US. In this photograph from 1907, we can see Stieglitz’s younger sister Selma Schubart wearing an extravagant dress by designer Mariano Fortuny that beautifully blends into the surroundings. The coloured picture was produced with the Autochrome Lumière process invented by Auguste and Louis Lumière in 1903.

There is no way of speaking about fashion photography without mentioning this man: Richard Avedon. The American was the main photographer at Harper’s Bazaar and also took pictures for The New Yorker. Countless Vogue covers came into being under his creative direction. Stars like Marilyn Monroe, The Beatles, Charlie Chaplin and Brigitte Bardot were photographed by him. His photos entice with their dramatic dynamic. Here, you can see the back of British model Jean Shrimpton, who was famous for her »Swinging Sixties« nickname »The Shrimp«. She’s wearing an elegant, backless dress by Italian designer Irene Galitzine. Fun fact: Avedon’s photograph »Dovima with Elephants« (1955) is currently the most expensive fashion photograph to be sold at an auction: it was sold in 2010 for almost 840.000€.

»Without photography a moment is lost forever, as if it had never existed.«  – Richard Avedon

This photo shows Somerset House in London in 2017, now a house used for exhibitions. Back then, the house was covered in photographs taken by American photographer, painter and director William Klein. A visitor passes the wall hidden underneath her jacket because of the strong rain. William Klein was mostly famous for his pictures for Vogue. His studies feature blurry movement and wide lenses. The expressive pictures show dresses and costumes that celebrate fashion. The artist currently lives and works in the fashion capital, Paris.

Sex and the City and fashion – two things that are inextricably linked. Carrie Bradshaw, portrayed by Sarah Jessica Parker, is the embodiment of New York and its passion for fashion. For the premiere of the 2008 SATC movie, she was photographed by American photographer Annie Leibovitz for the June issue of Vogue alongside her »Mr. Big« for a spread called »Rebel Romance«. The crème de la crème of haute couture was taken to iconic New York places like the Metropolitan Museum of Art, Central Park and the Plaza Hotel to be snapped by Leibovitz. Here, we can see Sarah Jessica Parker in an extravagant chiffon dress by Italian designers Dolce & Gabbana. The photographer is famous for her carefully orchestrated portraits of royalty from culture, economy and politics – and actual royalty, like Queen Elizabeth II. Her style is influenced by Richard Avedon among others.

The German photographer Ellen von Unwerth used to be a model herself – now she works with the motto »Sex sells«! She stages women with confident, cool eroticism and overly saturated colours. Vogue, French Elle, i-D, Vanity Fair – she has worked for countless important fashion magazines and taken photos of stars like Lady Gaga, Rihanna, Madonna and Naomi Campbell. Here, you can see Kate Moss – she first worked for von Unwerth at 16 years old. This particular shot is all about the slinky silk dress and the fresh milk from the fridge.

Originally from Peru, Mario Testino, who is currently based in London, was called the »most well-known fashion photographer« by ZEIT – but he is also one of the more controversial ones: several of the people he worked with over the course of his career have accused Testino of sexual misconduct in the #metoo debate.

In his moving exhibition »Alta Moda«, first shown at the Lima Mate Museum, he shows the results of a five-year project observing Peruvian traditions and the history of photography. The photographs are of Peruvian men and women from the region of Cusco dressed in their celebratory garments, colourfully dyed and embroidered in meticulous craftsmanship – to Testino, these are equal to the haute couture of the grand runways of the fashion world.

»The vibrancy of the clothes expresses the intensity of spirit of the people who wear them. I hope my images show how these traditions still exist in the present, at least for now.« – Mario Testino

Do you know more fashion photographs with interesting dresses? Send them to us on Social Media or to carolin@sister-mag.com. We’re looking forward to it! 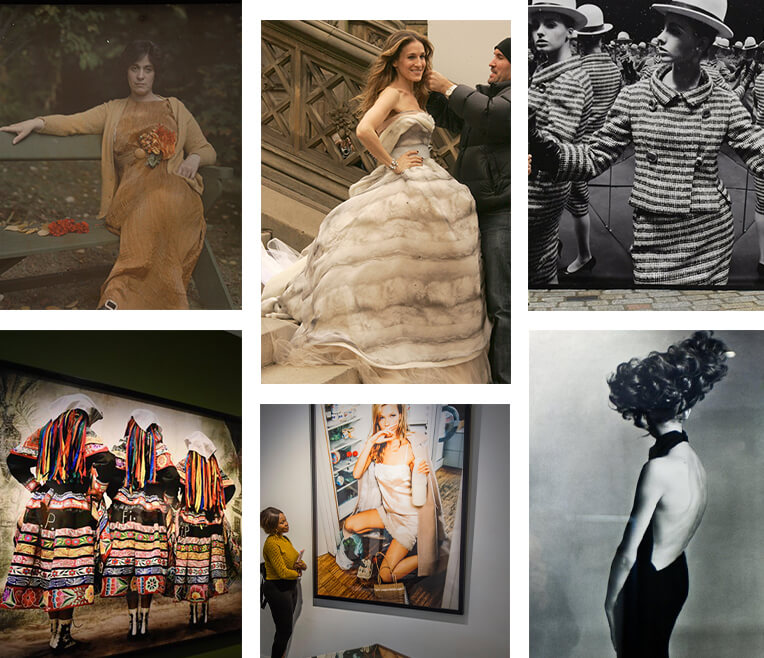 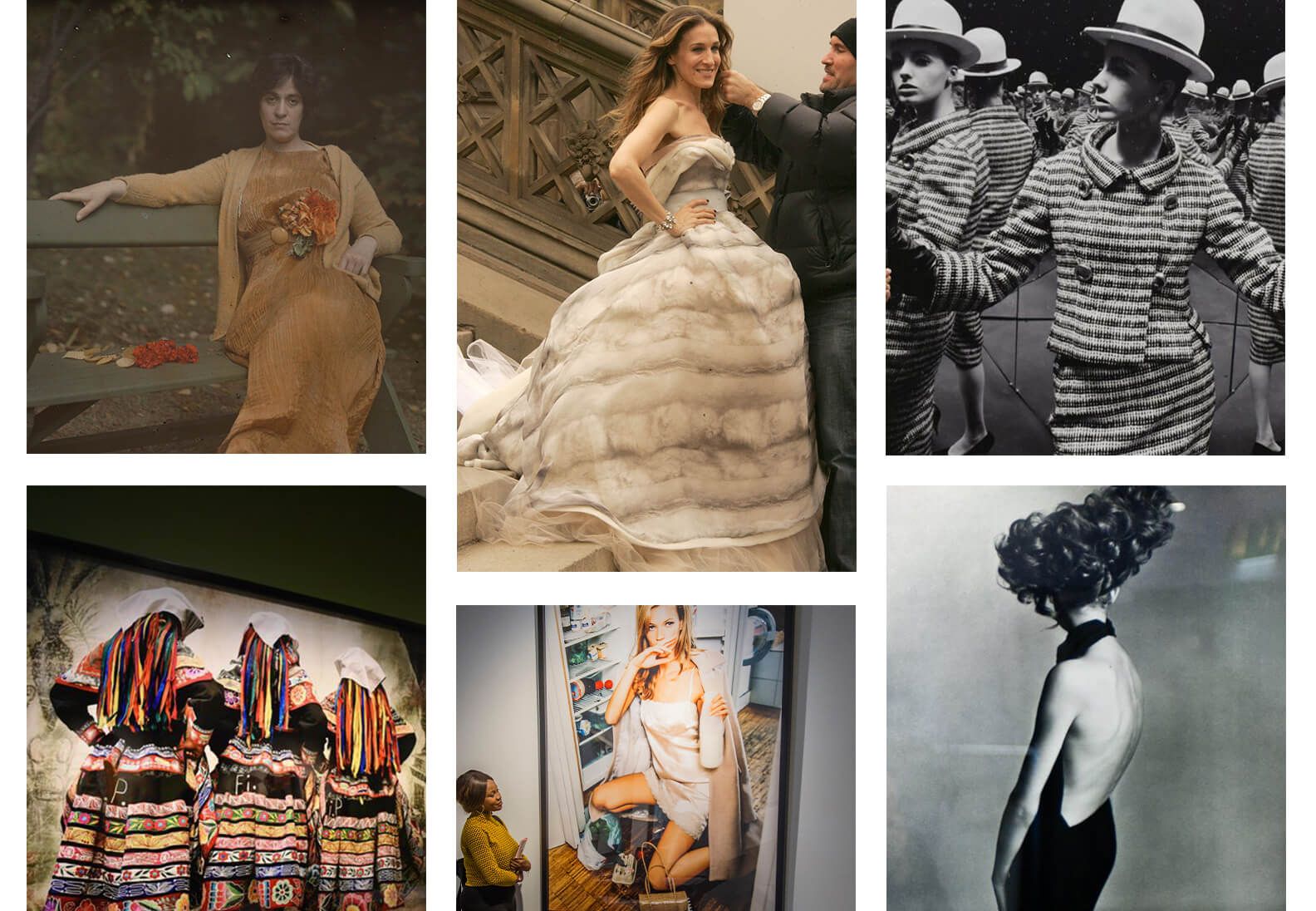 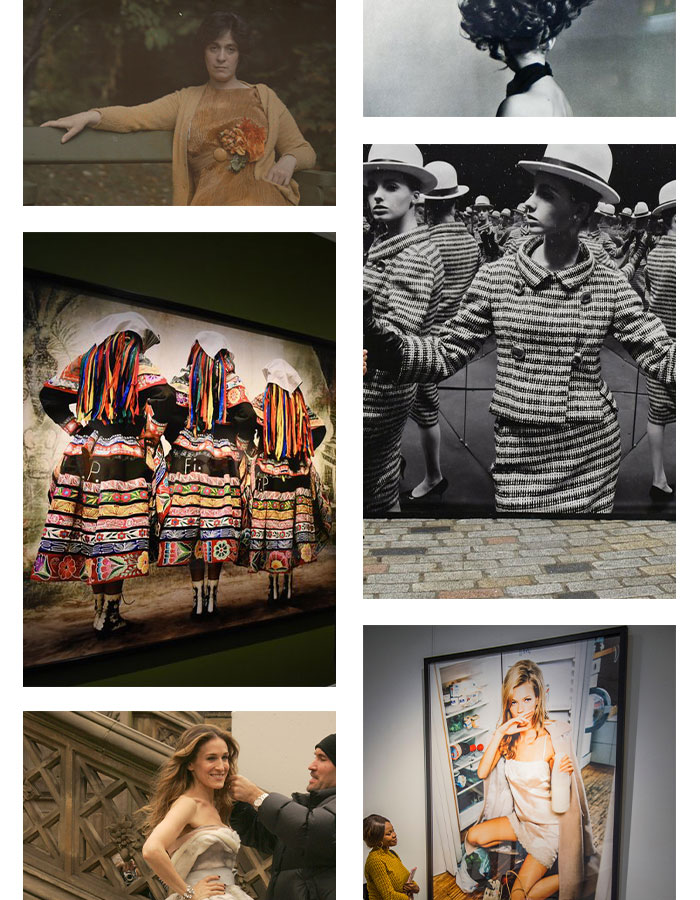 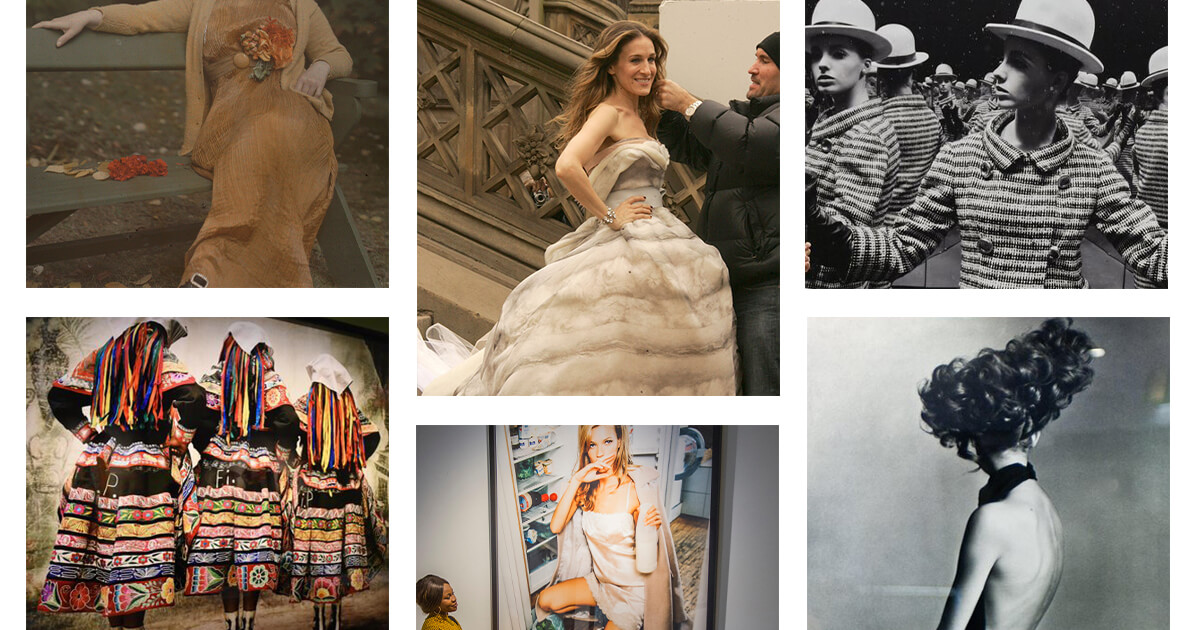