In 2020, each sisterMAG issue presents a selection of more and less well-known artists. Their work features a particular piece of clothing that is also central to the issue. In this issue everything revolves around blouses. Read here the article of art lover Caro.

Playful and buttoned up

In 2020, each sisterMAG issue presents a selection of more and less well-known artists. Their work features a particular piece of clothing that is also central to the issue. This time: the blouse.

A blouse is usually a shirt-like piece of clothing for the upper body. Traditionally worn by women, it is often adapted to feminine body shapes. The male version is the button-up shirt – although this separation is of course not quite current anymore, as women have started wearing men’s clothes more frequently. We’d like to introduce you to a variety of pieces of art featuring the blouse. FYI: All pictures show women but are painted by men.

The oldest piece of art in this feature was painted by French post-impressionist painter Pierre Bonnard who mainly focused on domestic and private interior scenes. The woman in the painting is Andrée Terrasse, his sister and wife to composer Claude Terrasse. The very slim format of the painting is inspired by Japanese prints often called »Ukiyo-é«. Madame Terrasse is shown wearing a bright, red-orange-yellow-gingham blouse while seated at the dining table with her cat, eyes on the plate. Anatomical features, colours and the subject are clearly distinguishable but not painted in detail.

This portrait by German impressionist Lovis Corinth shows his wife Charlotte Berend-Corinth at the age of 30 years old. She was a painter like him. Standing in their Berlin apartment, she is facing the viewer directly, making eye contact. Her brown blouse with a round neckline in black features black lace around the neck. The right side of the blouse has a vertical row of black buttons and the sleeves are adorned with lace too. Charlotte accessorised with a long, golden necklace and a brooch with a green stone fixed above the buttons, also known as cameo brooch.

In this painting Franz Marc painted a girl with a cat in her arms, using bright colours and the expressionist style he is famous for. Even though the painting should probably be focused on the cute kitten – Marc painted many animals – we are going to take a closer look at the blouse. The deep green fabric highlights the big black statement buttons that are lined up to the high neck of the blouse. It’s not quite clear where the two subjects are but that’s also not particularly important to the painting – maybe they girl and cat are sitting in front of a curtain.

An artist we only recently discovered is the Italian painter Amedeo Modigliani who was influenced by fauvism and cubism. Here, he uses his unique style to depict a girl in a spotted blouse with a slightly drooping light blue ribbon. She is sitting on a wooden chair with her hands interlinked. A striking feature: the vertically stretched proportions. African sculptures were the inspiration for the oval faces and long bodies.

The features have a slightly creepy tone, as the girl’s eyes do not have pupils. The harmonious colours counteract this effect a little, but a strange feeling remains. Modigliani was surrounded by scandal during his lifetime because of his nude paintings, and he never got to experience public (or financial) appreciation of his work.

Who knows this painting? Even though the artist and title are not well-known, most people will have seen it before – for example during the intro of the American TV show »Desperate Housewives«. The series is a portrait of rural American life during the 1930s and shows conservative people from small towns during the era of the Great Depression, an economic crisis that meant poverty and suffering for many. For this painting, the photorealistic artist Grant Wood used his sister Nan und his dentist Dr. McKeeby as models. Both protagonists have a severe, hard look on their faces. The woman is wearing a high-neck blouse with a white collar and cameo brooch that hint at a more special occasion. Next to her is her father or husband, dressed in blue overalls and a black jacket, pitchfork in hand. It is said that the subjects were not happy about the very sinister interpretation and cut off contact to the artist shortly after the painting was finished.

The youngest painting in this series is from Swiss sculptor and classical modern painter Alberto Giacometti, who here painted his wife Annette with rough brushstrokes. He dedicated several paintings to her and did many portraits of his family. Giacometti is mostly famous for his long, slim sculptures. Over the years, painting became more and more important to him as part of his process and took up a significant space in his oeuvre. He unites cubism and surrealism in all of his work and always focuses on humans. Admittedly, the blouse of his spouse is hard to distinguish – it seems to be a high-neck, pink model covered by a slightly darker pink cardigan.

Do you know more paintings with extravagant or interesting blouses? Let us know! Share them on social media or send a message to carolin@sister-mag.com. 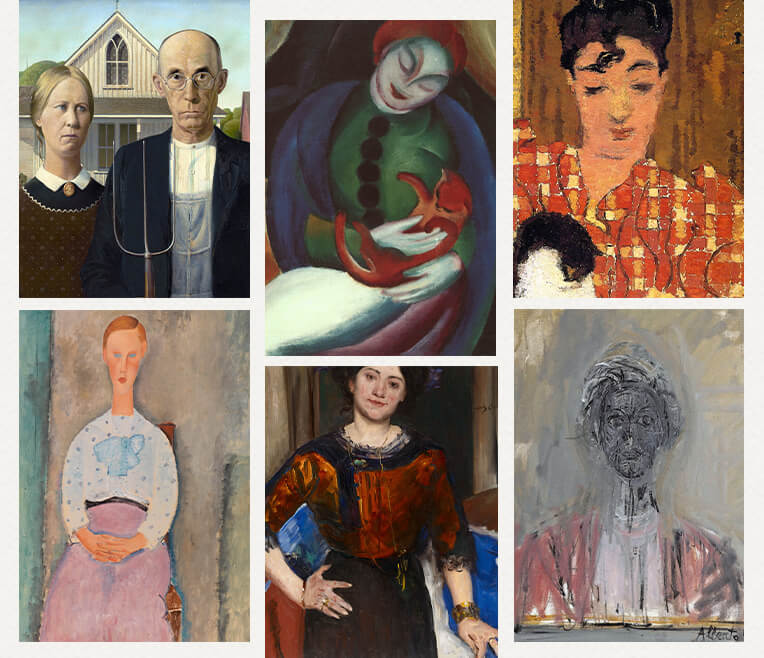 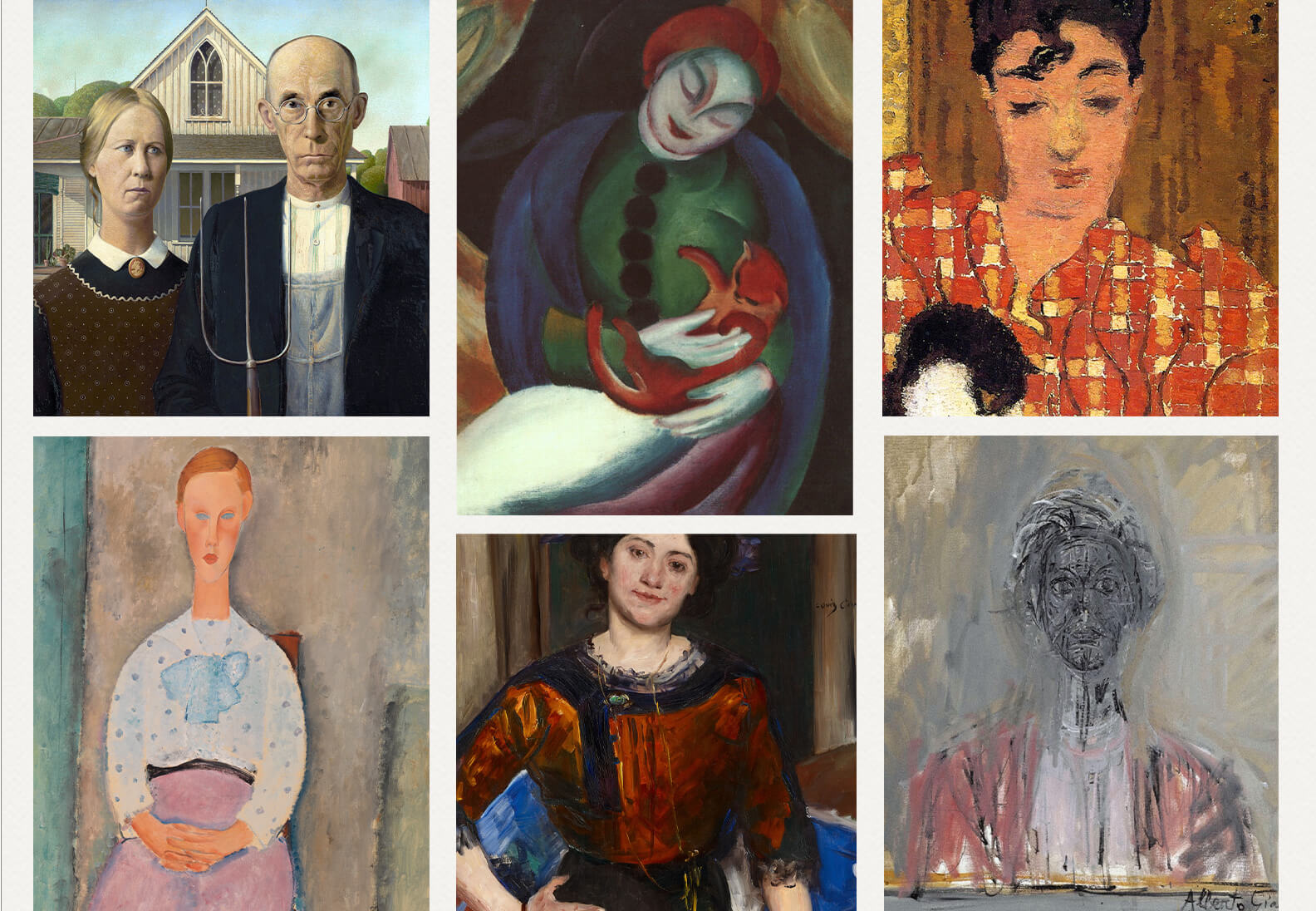 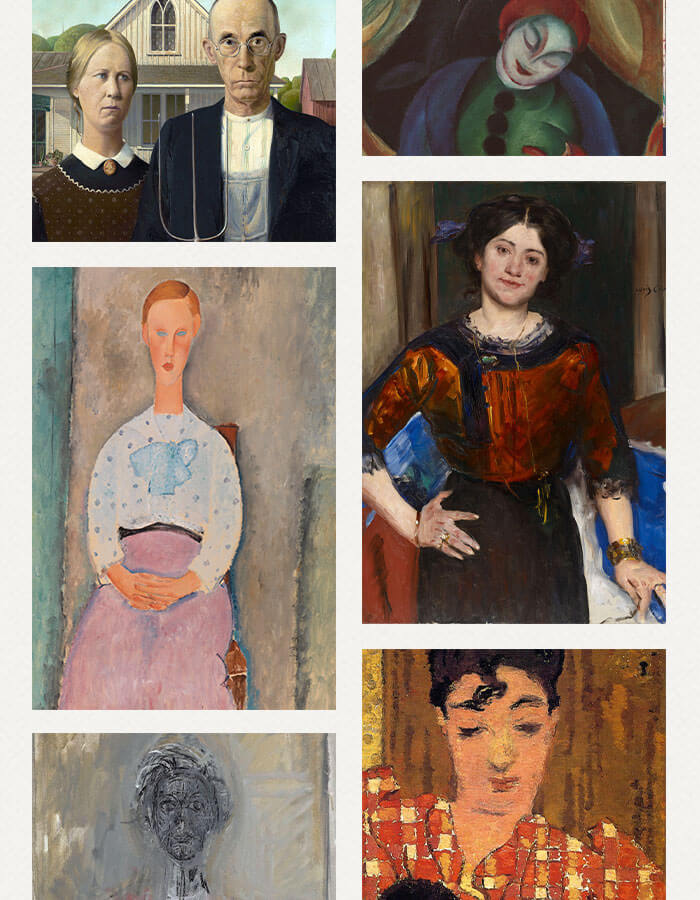 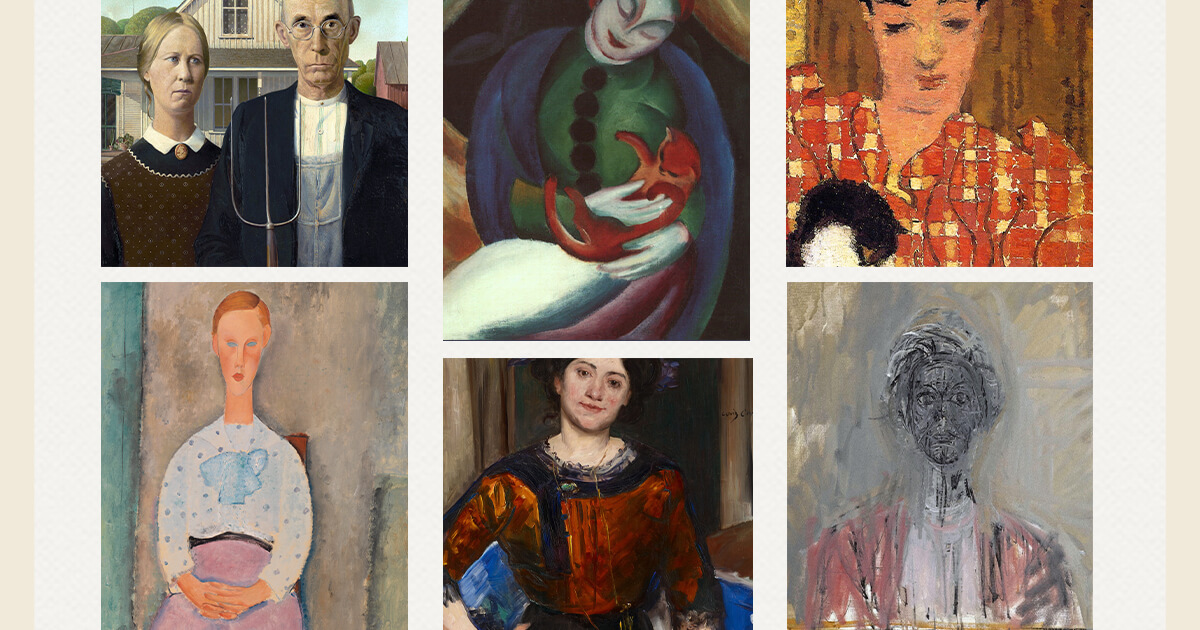