Fashion editor Marie Jaster takes you into the world of floral fashion in our sisterMAG issue no. 62. Read the full article about floral fashion collections and fashion labels here.

For centuries, they have not only enhanced our gardens but also our art and our dresses: flowers. And they’re back all over the catwalks of the world this year. So why exactly do floral prints make us so happy and celebrate comeback after comeback?

»There are flowers everywhere for those who want to see them«, Henri Matisse said wisely. In fashion, it’s not hard to find them, though. They bloom every year in spring and summer, in countless collections and on countless clothes. A novel idea? Probably not, as fictional editor-in-chief Miranda Priestley noted in The Devil Wears Prada, »Florals? For Spring? Ground-breaking.« But still, nature remains a fascinating source of inspiration for designers and customers alike, season after season. But why?

The history of florals (in fashion)

To ask when flowers first appeared in fashion would be like asking the famous chicken-and-egg question. They have existed for so long that no-one really knows when the first flower made it onto a dress. Nature and clothes have forever been closely intertwined, but experts think that the origin of this tradition might lie in China, the country of finest porcelain – fine bone China – where costumes were intricately embroidered with florals or silks painted with petals as early as the 12th century. Only shortly thereafter, fashion literally bloomed all over Asia.

From there, floral motifs made it to Europe, where only the richest of the rich could afford to wear this exotic craftsmanship. The first flower that became significant here was the peony, a flower of rich symbolic meaning in China and one of the first patterns that Europeans became familiar with as embroidery on silk pieces.

During the Middle Ages, florals were sparingly used as a symbol of innocence and purity in ecclesiastical painting. During the 15th to 17th century, flowers soon became a popular object for still life painters like Adriaen van Utrecht or Jan Frans van Son from the Netherlands, as well as Venetian lace makers who picked them up in their patterns, too. These Italian weavers had discovered how to make different fabrics with floral patterns.

A culmination in floral obsession in fashion was the Victorian era from 1837 to 1901: during the period of Queen Victoria’s reign, strict new etiquette for the upper classes meant that flowers were now often used to send secret messages. This was the rise of floriography, where red roses signified love, dark roses shame. No wonder that flowers like roses, sunflowers and daises appeared all over textiles, wallpapers, tiles and dresses!

Industrialisation changed economic thinking and the fashion world: mass production and printed fabrics were invented. During the 1920s, floral silk kimonos and boxy floral dresses were popular. But the true height of the floral print came about during the ’60s and ’70s, when free spirits and hippies alike took over the towns. Natural florals turned into psychedelic, pop-art-inspired flower-power prints in bright colours. Mary Quant and André Courrèges were the reigning queen and king of florals in fashion.

Flowers – a symbol of hope

Long story short, since the 12th century, there has never been a time where florals didn’t occupy an important space in fashion. From the accurate depictions of the Romantics to the popping prints of the wild 1970s, nature has always inspired designers. This is only natural since flowers have always signified positive things for humans: the beginnings of spring after a long, cold winter, promises of love with thousands of red roses and the fight for freedom during the 1970s, when flowers were used as a symbol for the protests of peace against war and its weapons.

So, after a year of living through a pandemic, we could all use some more flowers and their cheerful aura, longing for untroubled summer days, peace and optimism. When you’re wearing flowers (or have some at home in a vase), there’s just no way to be in a bad mood! Here are some amazing brands that combine this feeling with a lot of trendiness every season.

Brands that are known for iconic floral prints

Brock Collection blurs the lines between modernity and tradition so well that it’s sometimes only a pair of ripped jeans that reminds us that we haven’t taken a step back to Queen Victoria’s times. The label was founded in 2014 by Laura Vassar Brock and Kristopher Brock in Los Angeles and has since been playing with the contrast between romanticism, basics and grunge feelings. Millefleurs-Prints are a feature in every season.

Much louder, more colourful and eccentric is the brand La DoubleJ from Milan. J.J. Martin founded the label in 2015 for maximalists who love loud prints, voluminous and playful cuts and are not afraid to be the centre of attention. Her special archive prints feature on her dresses but also on home accessories, jewellery and furniture.

The founders of Rodarte, Kate and Laura Mulleavy, could well be called the mothers of romantic floral prints. They’re inspired by nature, art, poetry, culture, music and film – which isn’t strange, since they live and work in Los Angeles, capital of rom coms and blockbusters. Their intricate robes, stunning runway installations and love for detail turn every woman into a fairy tale princess – happy ending guaranteed, even without a prince.

Was Simone Rocha born in the wrong century? You might think so when seeing her designs. Debuting in 2010, she has since continued to impress the fashion world with her feminine collections in heavy materials. Using fabrics like brocade, thick lace and details like bows and pearls, Rocha takes us to another time and space.

Ulla Johnson is the queen of modern bohemian chic. With beautiful prints, intricate embroidery and lovingly placed details, she celebrates modern femininity like no other. What makes her look so special? It brims with a mix of her travels to New York City, Los Angeles and remote places. Cosmopolitanism and ease are included when buying an Ulla Johnson dress.

Zimmermann has not been known for long in Europe, even though the two founders Nicky and Simone Zimmermann already founded the Australian label back in 1991. But today, it is known all over the world. No season should go by without the expansive, modern and hippy-inspired designs of the two sisters. Prints and crazy patterns are a must-have of the brand; femininity, romanticism and elegance play a huge part. The Sydney Morning Herald famously wrote about Zimmermann: »If Sydney was personified, she’d be bronzed, brazen and almost certainly wearing a Zimmermann bikini, so synonymous has the sunny swimwear label become with Australian style.« We can only agree.

A future without flower-power and floral prints? Unimaginable. This is the summer of our lives, filled with hope, joie de vivre and, yes, blooming fashion after a year of sweatpants. And like American philosopher Ralph Waldo Emerson said: »The earth laughs in flowers «, we’re sure of that in fashion too. 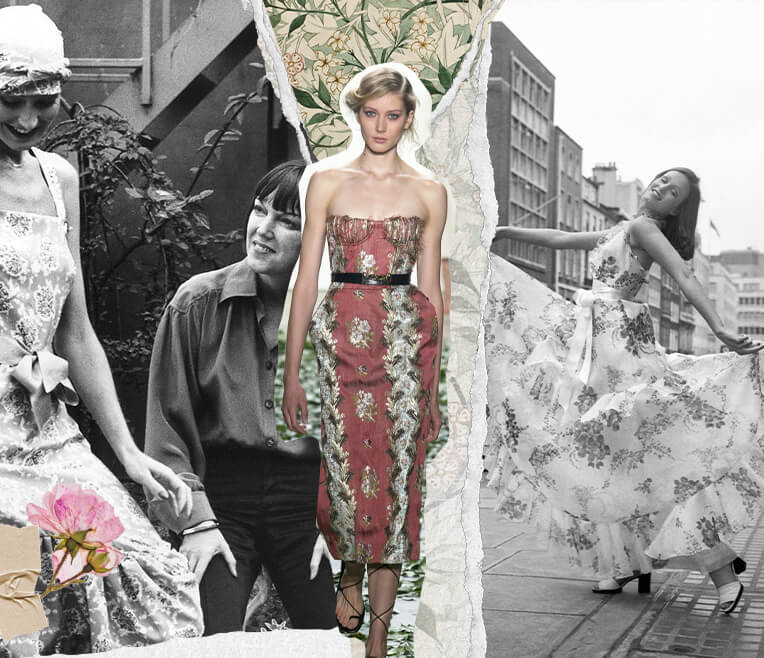 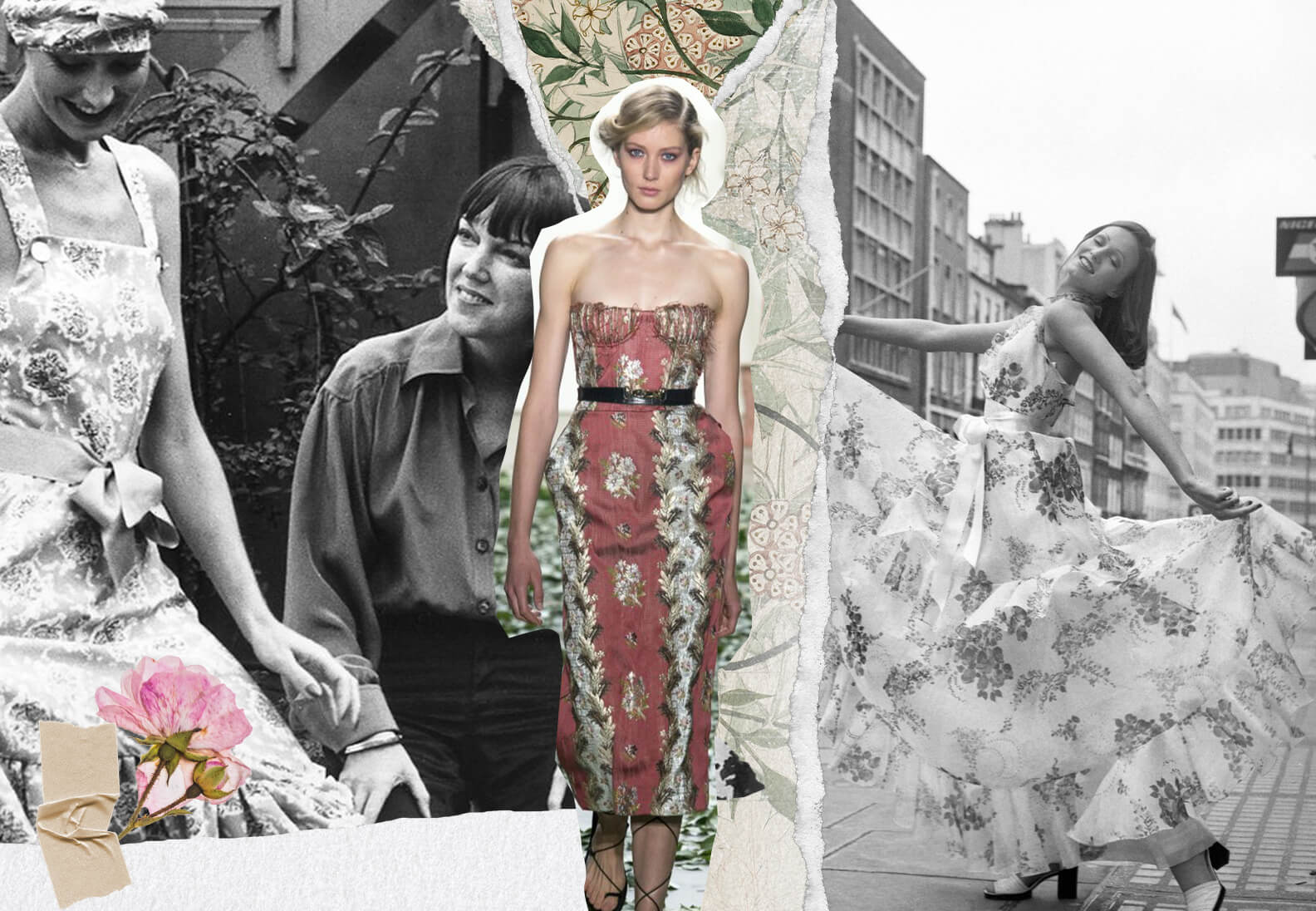 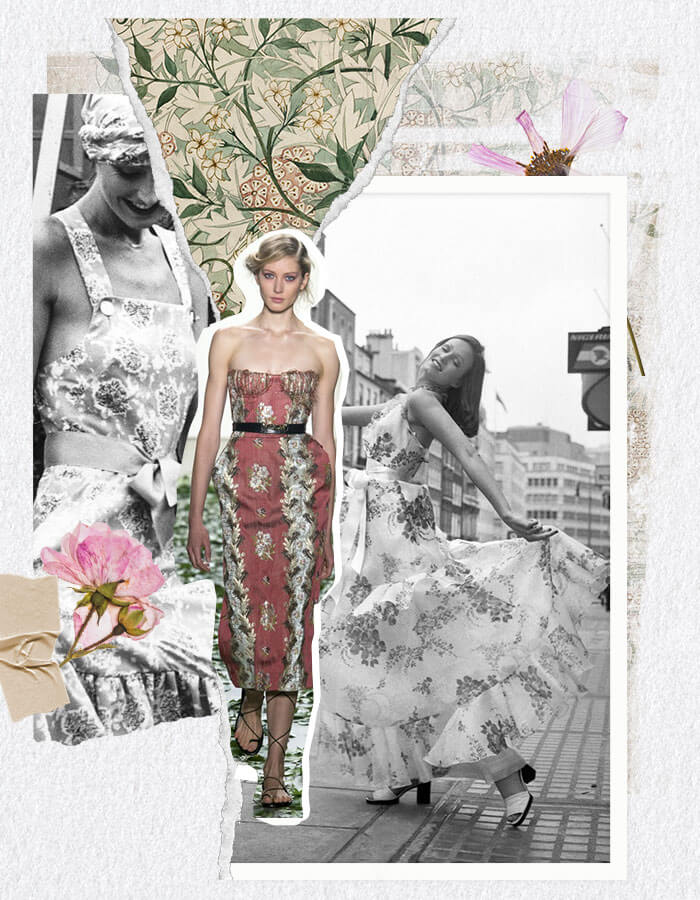 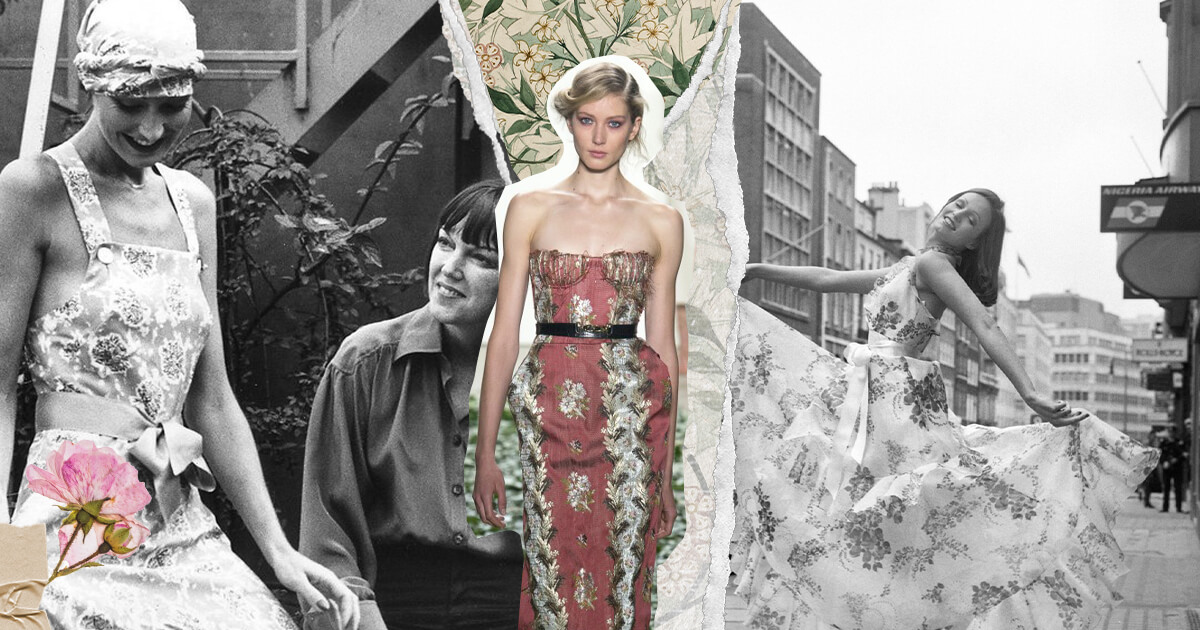