For our new 2020 series, we are showing you art by more and less well-known artists in each sisterMAG issue. The focus is always on a certain piece of clothing that threads its way through the issue. For this second 2020 issue, we’re looking at trousers. Read the article about trousers in art by our team art historian Caro.

For our new 2020 series, we are showing you art by more and less well-known artists in each sisterMAG issue. The focus is always on a certain piece of clothing that threads its way through the issue. For this second issue in 2020, we’ll be looking at trousers.

Breeches, Marlene-trousers, corduroy pants, the famous jeans, tights, culottes… there are thousands of varieties and shapes of trousers. Let’s take a closer look at trousers and their wearers in art and see who, historically speaking, quite literally wears the trousers…

American painter Mary Cassatt became an artist against the wishes of her father and popularised impressionism in the US. This portrait shows her nephew Eddy with a dog. Clad in a deep red ensemble, his trousers are adorned with ruffles of white lace. It’s not necessarily a modern look in today’s terms but was very on trend back in the day – especially combined with Eddy’s perfectly bored fashion-face.

Henri Toulouse-Lautrec was famous for the posters he designed for the Parisian establishment Moulin Rouge because they captured the legendary »Belle Époque«. Next to this, he was passionate about painting individual people like this ballet dancer trying to adjust her pink tights while holding onto her tutu with her chin. Any person that has worn ill-fitting tights will be able to feel for this lady…

Austrian painter Egon Schiele represents the »Wiener Moderne«. Here, he painted an unkown woman trying to get her legs into a brown pair of trousers – often a complicated first step to wearing them. Significant about this sketch are the clear contours outlining areas of colour, anchoring shapes within the picture.

A pioneer of British »Pop Art« and one of the most expensive artists still alive: David Hockney. Up until 2019 he was firmly in the lead, selling »Portrait of an Artist (Pool with Two Figures)« for an incredible 90.3 million USD at an auction at Christie’s. This piece shows Hockney’s frequently painted close friend Maurice Payne perched on a stool in relaxed blue jeans, looking right at the viewer. Hockney’s fascination for portraits is well-known: his series »82 Portraits and 1 Still-life«, also part of an exhibition, shows scenes similar to the one above.

Last but not least, let’s have a look at these unusual trousers! The acrylic statue »Telekinetic Masturbator« by Austrian concept-artist Erwin Wurm shows an armless man in very flamboyant, tight silver trousers. An unusual piece on public display!
Wurm’s sculptures often have a humourous aspect to them, such as this one’s title. In most cases, they are comments on art practice and question the industry.

This collection of trousers in art could go on forever… why don’t you keep your eyes peeled for more crazy pants the next time you’re in a museum! 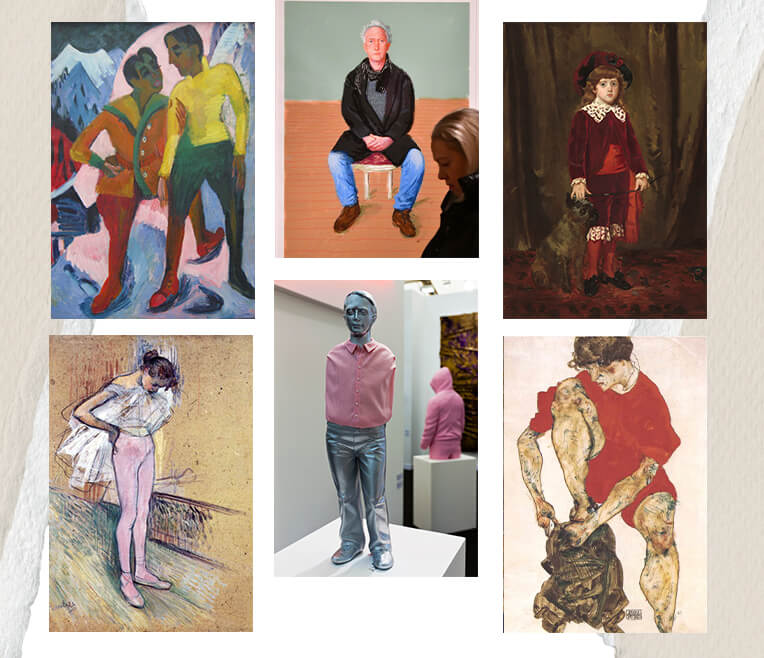 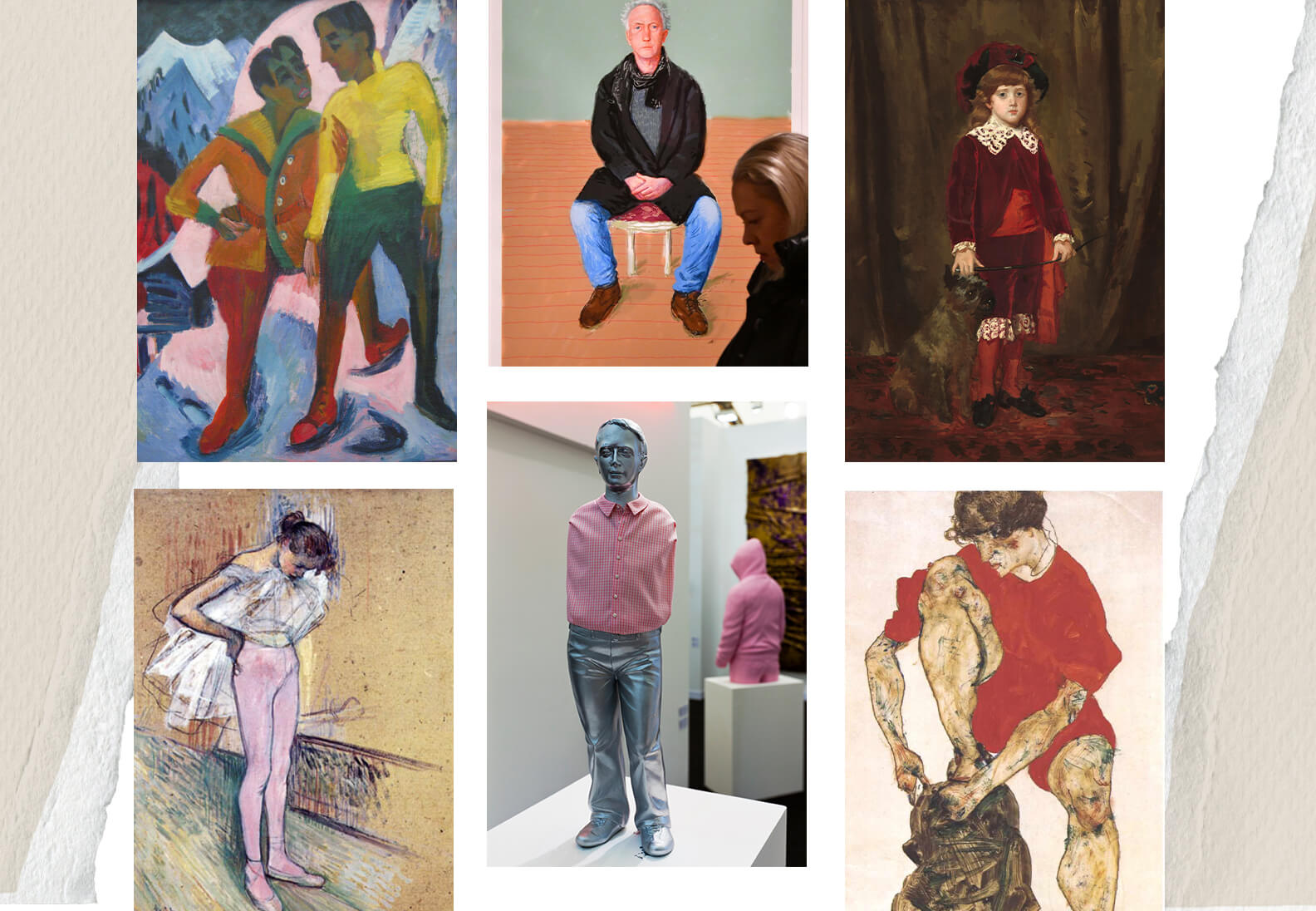 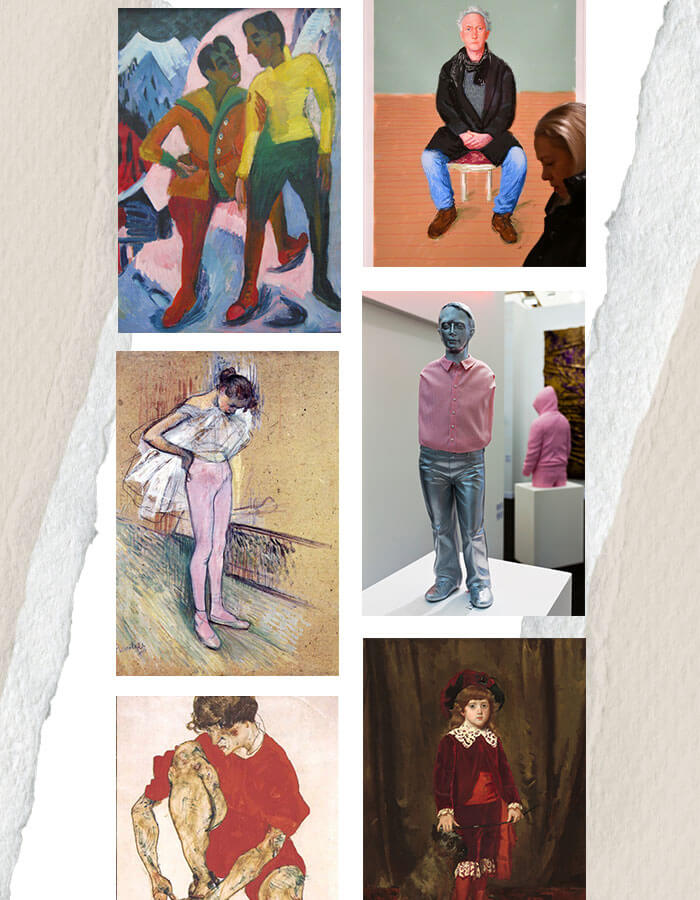 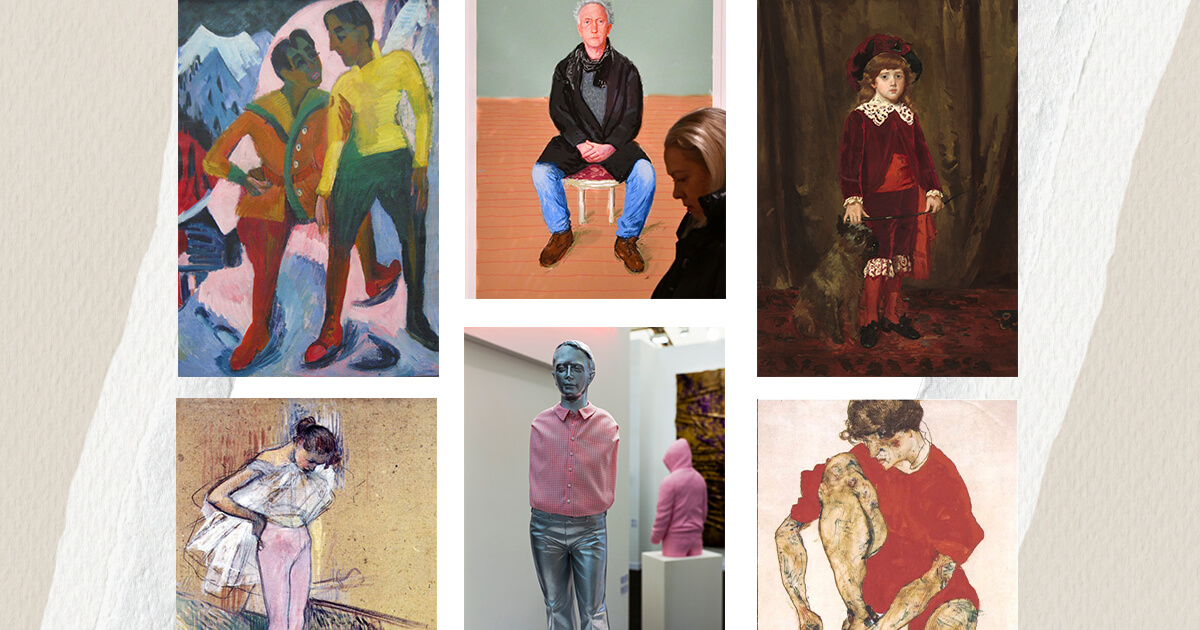