The kiss in art – tracing an intimate gesture

A kiss is an intimate, fleeting moment that has inspired painters, sculptors and designers to make extraordinary works. The Art Nouveau movement is famous for using kisses that are more than a simple sign of love and affection. A kiss can be demonic, even lethal or simply aesthetically pleasing in its symmetry. Our journey through the history of art leads us from Rodin to the artists of Art Nouveau and symbolism. We witness the dangerous effects of a kiss with all its consequences and feel the political power of the seemingly small gesture in contemporary art.

The kiss in art – tracing an intimate gesture

The first kiss of a great love, the kiss that seals the wedding, a tearful farewell kiss. We associate kisses with romance, love, tenderness, and lust. But there is much more to this gesture than eroticism. A goodnight kiss testifies to motherly love, while a kiss on the cheek is part of social convention. It can be a sign of power when we think of kisses on the royal ring, and in religion a kiss on the Holy Scripture is part of the liturgy.

A loving kiss as inspiration for Art Nouveau artists

Despite the diversity of the touching of lips, in art the kiss in all its facets usually plays an erotic role. An immortal love, an illicit affair with fatal consequences – this is the narrative that brings an artist to top form. A fresco in the Casa di Casti Amanti in Pompeii proves that this was the case 2000 years ago. In 2017, the Museum Bröhan devoted an entire exhibition to the kiss in art. One of the most popular representations of the kiss in Western art is the sculpture »Le Baiser« by Auguste Rodin from the year 1886. The two companions sit close together in an intimate embrace. The man’s back is straight, tense. The lovers are Francesca da Rimini and her Paolo Malasta. The duo from Dante’s »Divine Comedy« commit adultery and experience the fatal consequences a kiss can have. It will bring death upon them. The sculpture, with its naturalistic representation, causes a scandal at the first exhibition; it is too obscene. But this is probably the exact reason why the spread of this motif could not be stopped.

The kiss again grew in popularity during the Art Nouveau age. It’s no wonder: love, physicality, suffering, new gender roles, and aesthetics are themes that art deals with passionately at the turn of the century. The kiss is not only painted, but is also represented in magazines, as well as on furniture, lamps, and vases. Perhaps the most famous kiss in the Western world is the »The Kiss« (1907-1908) by Gustav Klimt. Likely his most popular work, it comes from the Art Nouveau artist’s so-called »Golden Period«. The couple stands in close solidarity against a golden background, so closely entwined that they seem to merge in an organic way. Nature and art are aesthetically interwoven through floral representations and geometric ornaments. The picture is regarded as an icon in the depiction of the tenderness and harmony of romantic love and man’s attachment to nature. Whether or not the couple is the painter himself with his partner, Emilie Flöge, the picture primarily depicts love itself as an allegory: As something infinite, something natural and divine.

The artist Peter Behrens, who was influenced by Art Nouveau, sees the kiss as a less romantic motif. He appreciates the kiss purely for aesthetic reasons. The union of two lips brings with it a symmetry that the artist used for his woodblock prints in 1898. Behrens shows two faces whose clear contours merge into one another. The fleeting kiss is manifested with thick lines in the wood. It is not emotions that play the main role here, but the ornamental and geometric aesthetics of kissing.

The dark side of love

Symbolism and expressionism are dedicated to the dark and destructive side of the kiss. While a kiss in fairy tales and myths is primarily used as a means to lift a spell, such as in Sleeping Beauty or the Frog Prince, Symbolists are more concerned with the suffering evoked by a woman’s kiss in drawing men under their spell. In his »Kiss of the Sphinx« (1895), Franz von Stuck dedicated himself to this destructive kiss. The oil painting in dark colours shows the figure of the sphinx bending over the kneeling man to kiss him. She commits herself passionately; the moment seems to float between pleasure and suffering. It is not only the man’s inability to solve the riddle of the sphinx, which brings ruin, but his lust and lack of will to resist the woman. The painter depicts the woman as a femme fatale. She seduces the man, and brings him death and destruction. Behind this image of the »demonic woman« lies a conflict of roles that intensified at the turn of the century as women emancipated themselves to escape from traditional gender roles. The woman now meets the man at eye level, triggering fear and desire in equal measure.

The Norwegian Edvard Munch is also preoccupied with the fear of a woman’s sexual power. His difficult relationship to women, which is fed by personal experience and social upheaval, is a recurring theme in his art. Sometimes he portrays women as a holy Madonna, sometimes as loving mothers, and other times as a dangerous demon. His multi-layered attitude towards women becomes particularly clear in the painting »Vampyr« (also called »Love and Pain«) from 1894. Whether the woman with flowing red hair affectionately holds the man in her arms and comfortingly kisses his neck or torments him on a blood-sucking mission cannot be conclusively determined. Perhaps she is a prostitute who embraces a man driven by lust?

The politics of a kiss

The kiss developed a political dimension in the 1960s, with emerging social debates about self-determination, identity, (homo-)sexuality and feminism. In the 1960s, artists such as Dorothee von Windheim and Ilse Dwinger explored the phenomenon of the lip print. Homosexual kisses or kisses between persons of different, even hostile nationalities or faiths regularly caused scandals. This area of tension includes Banksy’s kissing policemen or a campaign called »Jews & Arabs Kiss« with images of Jews and Arabs of the same and mixed sex kissing in the Israeli edition of »Time Out Magazine« from 2016. The campaign was preceded by the decision of the Ministry of Culture to ban a book that deals with a love between a Jewish woman and a Palestinian.

The brotherly kiss between Erich Honecker and Leonid Brezhnev accidentally turns into a kiss on the mouth during a state visit in 1979. Photographer Régis Bossu captures the moment for posterity. Dimitri Vrubel later chooses the picture as the motif for his painting on the Berlin Wall – a favourite among tourists at the East Side Gallery.

The motif of the kiss in art shows that the touch of lips is more than a sign of love and passion. A kiss can bring lust and suffering, life and death. It can be an intimate moment or a sign of social debate. No matter how it is framed, a kiss leaves no one untouched. 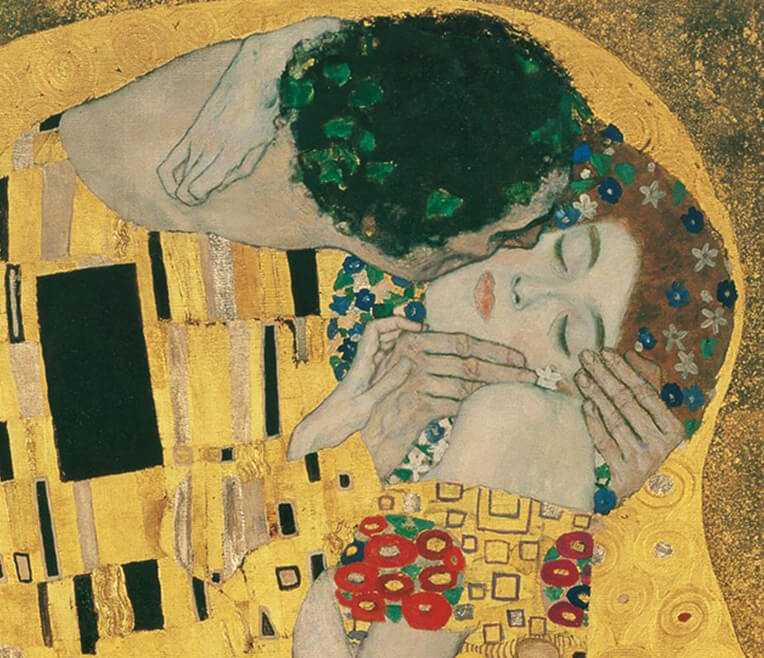 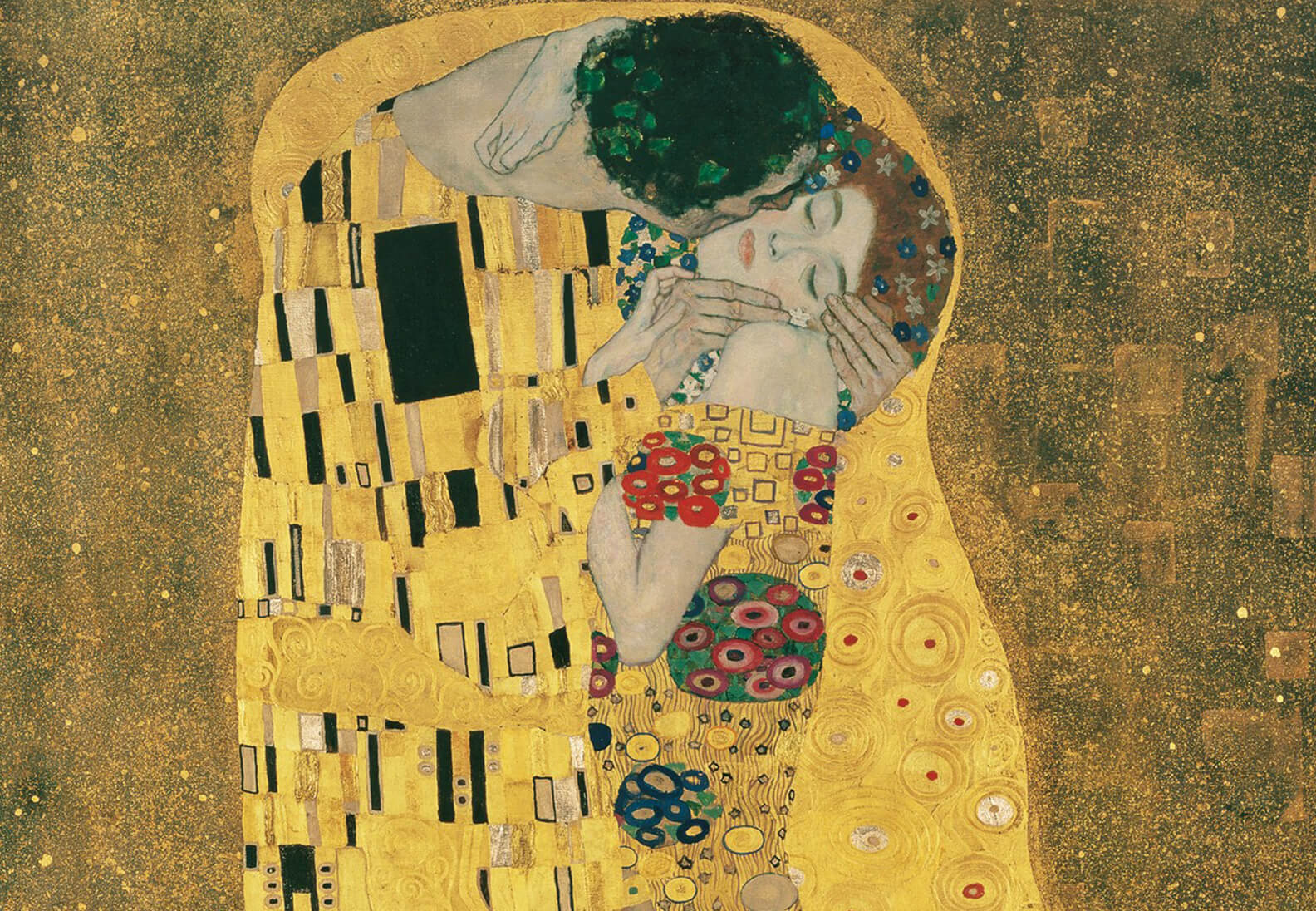 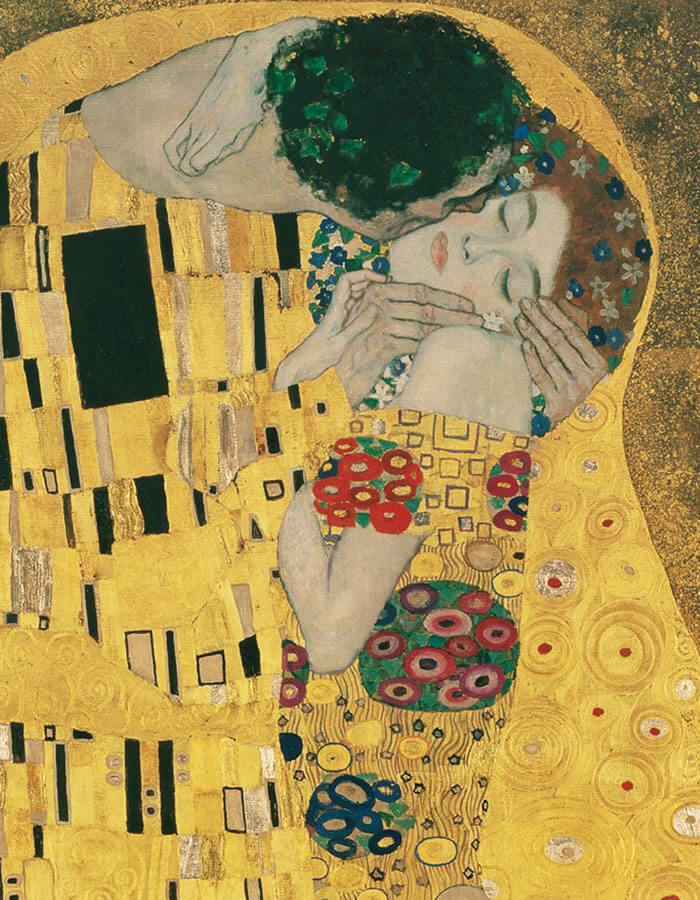 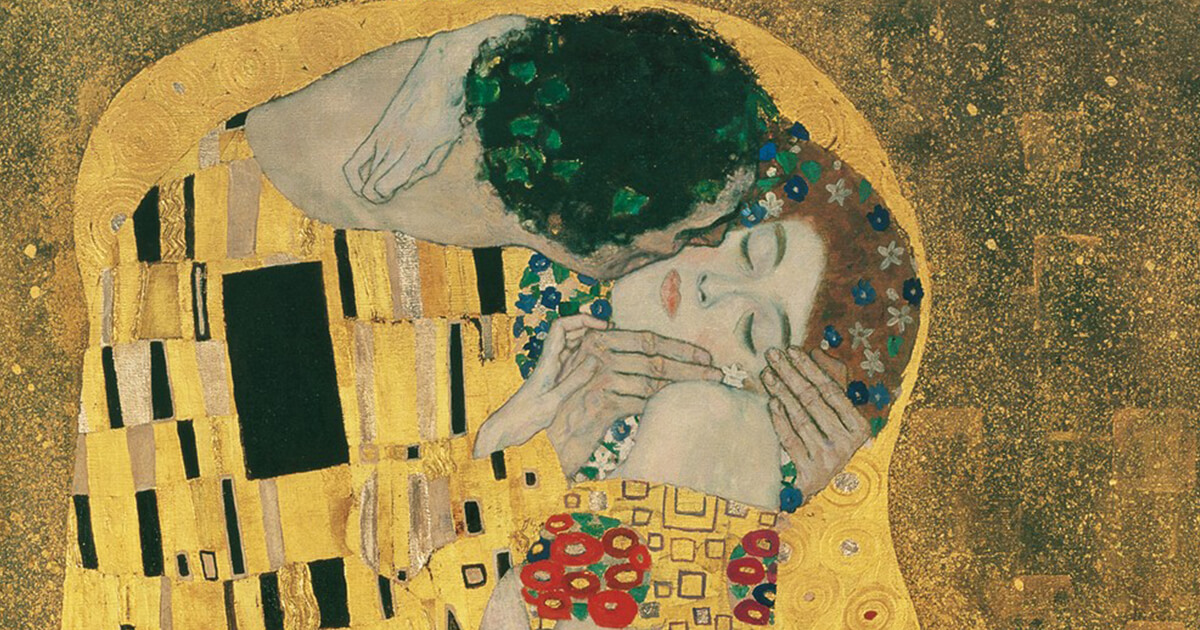