Writer Julia Laukert in the new issue of sisterMAG about the Viennese artist Gustav Klimt and his relationship to the dresses of the Victorian reform that were popular towards the end of the 19th century. Klimt was one of the first artists to look into this new way of dressing in his art. Read the fascinating article about Klimt and fashion here!

The Style of Gustav Klimt

While we in modern society can live out our fashionable desires at leisure, things were different a few decades ago. Until the beginning of the 20th century, dress codes were determined by social and cultural circumstances. Women’s and men’s clothing were subject to social rules, demonstrated status and one’s occupation. Clothing produced a uniform look in its form and colour. No wonder that artists, architects and designers would eventually explore this realm. Despite being initially anxious to create a work of art from everyday objects, fruitful co-operations between artists and fashion designers increasingly emerged. Nowadays, interrelations and exchange between different creative areas are common practice. As in fashion, it was society’s hierarchical structure that separated art and handicrafts: The fine arts stood above the applied arts, the “utilitarian” arts – objects that have a practical purpose and are not created for their own indulgent sake like paintings or sculptures.

The end of the 19th century brought a shift to this order. Artists began to occupy themselves with the design of everyday objects, attaching to them a qualitative and artistic value. Women’s clothing underwent a major change. This was spurred by the reform movement, which aimed, among other things, to free the female body from the corset, its stiff frame deemed unhealthy and dangerous by the medical community. Apart from that, the daily dressing, wearing and undressing of rigid and oppressive undergarments was torture for women. Artists in England, Germany and Austria began to design so-called reform clothes. The boundaries between the fine and applied arts were mixed in production communities such as the Wiener Werkstätte (founded in 1903), where creative people from different professions worked together.

Gustav Klimt (1862 – 1918) was one of the first artists of this movement to explore reform clothing. If you look at his oeuvre, you can observe his pronounced fashion consciousness. Through his works, the Viennese painter elevated women to the status of fashionable goddesses in extraordinary garments, pieces that did not actually exist on the market but were more at home in theatre or dance — dramatically flowing and overlapping layers of fabrics, robes, capes, blouses, coats and kimonos. Clothes that don’t tie a woman up, but protect and empower her with decorative space. Klimt’s works thrive on the thrifty, colourful ornamentation that bows to strict geometric orders.

Painting provided Gustav Klimt with an ideal experimental surface for presenting his vision of women’s clothing. His contemporaries were very interested in these creations of colour and form on canvas. Thus he used his painter’s scope to free the constrained female image of the time according to his ideas, elevating it to a throne of brilliant sensuality.

Viennese ladies were not only portrayed by Klimt, but also dressed. Despite all the admiration, Klimt’s picturesque creations did not remain two-dimensional for long. They aroused desires, were realized and eventually showcased. This was made possible by a successful businesswoman from Vienna, Emilie Flöge (1874 – 1952), who was also his partner and muse. Together with her sisters, she ran a trendy fashion salon in Vienna, which in its prime counted up to 80 employees. Here she created haute couture dresses for the fashion-conscious and modern woman. Flöge’s customers included personalities from upper society who could afford custom-made clothes made by an artist.

Klimt could try his hand at designing clothes in the Salon Flöge. Not only did the Viennese love him, but she also valued him as a fashion designer. He portrayed her in his works and she turned the painted clothes into reality. An extraordinarily creative connection that both partners enjoyed in equal measure. Photographs show how much Flöge liked to wear Klimt’s clothes. But Klimt often also presented himself in his long artist shirts. The decorated, long smocks were worn mainly by the artist himself, and for leisure purposes also by his followers at Villa Primavesi or Atterssee. Klimt’s dresses had decorative embroidery on the shoulders and were made of coarse, preferably medium-blue canvas. On special occasions, such as the annual artists’ festivals, he wore robes of flowing Wiener Werkstätte silk and an imaginative headdress.

This gender-neutral garment remained an exception and was not intended for mass appeal. Rather, the reform movement focused on a change in women’s clothing. The fashion department of the Wiener Werkstätte, which possessed outstanding technical talent and designed textiles and clothing with great commitment, also concentrated primarily on women’s fashion.

Today, Klimt’s creations are regarded as artist’s clothes. Although they did not attract broad commercial success, they were respected and admired by their fellow citizens, customers and friends. With paintings like “The Kiss” and “Water Serpents (Girlfriend)” he created icons that have garnered a century’s worth of fascination adorn interiors all over the world. Other prominent artists who devoted themselves to clothing and textile designs, anti-fashion, artist’s robes and catwalk sensations were given a runway in Gustav Klimt’s footsteps. 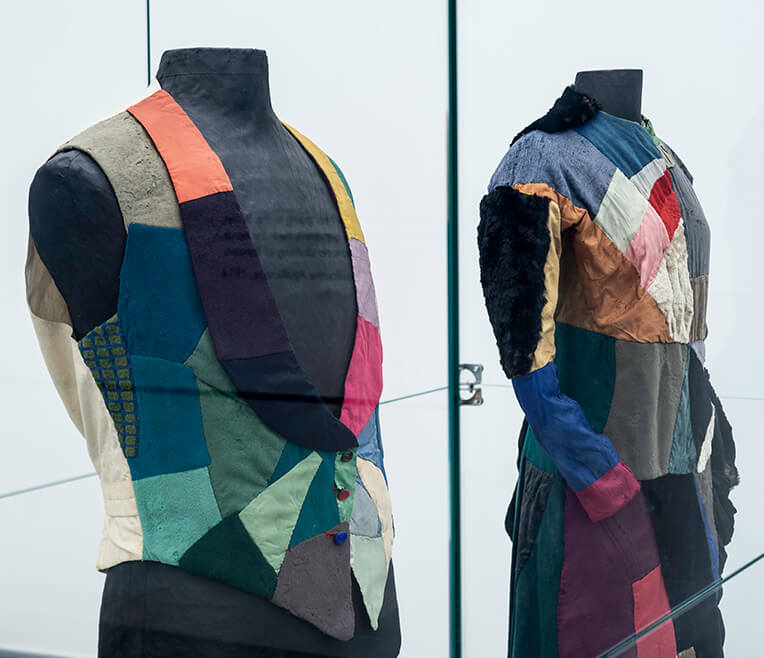 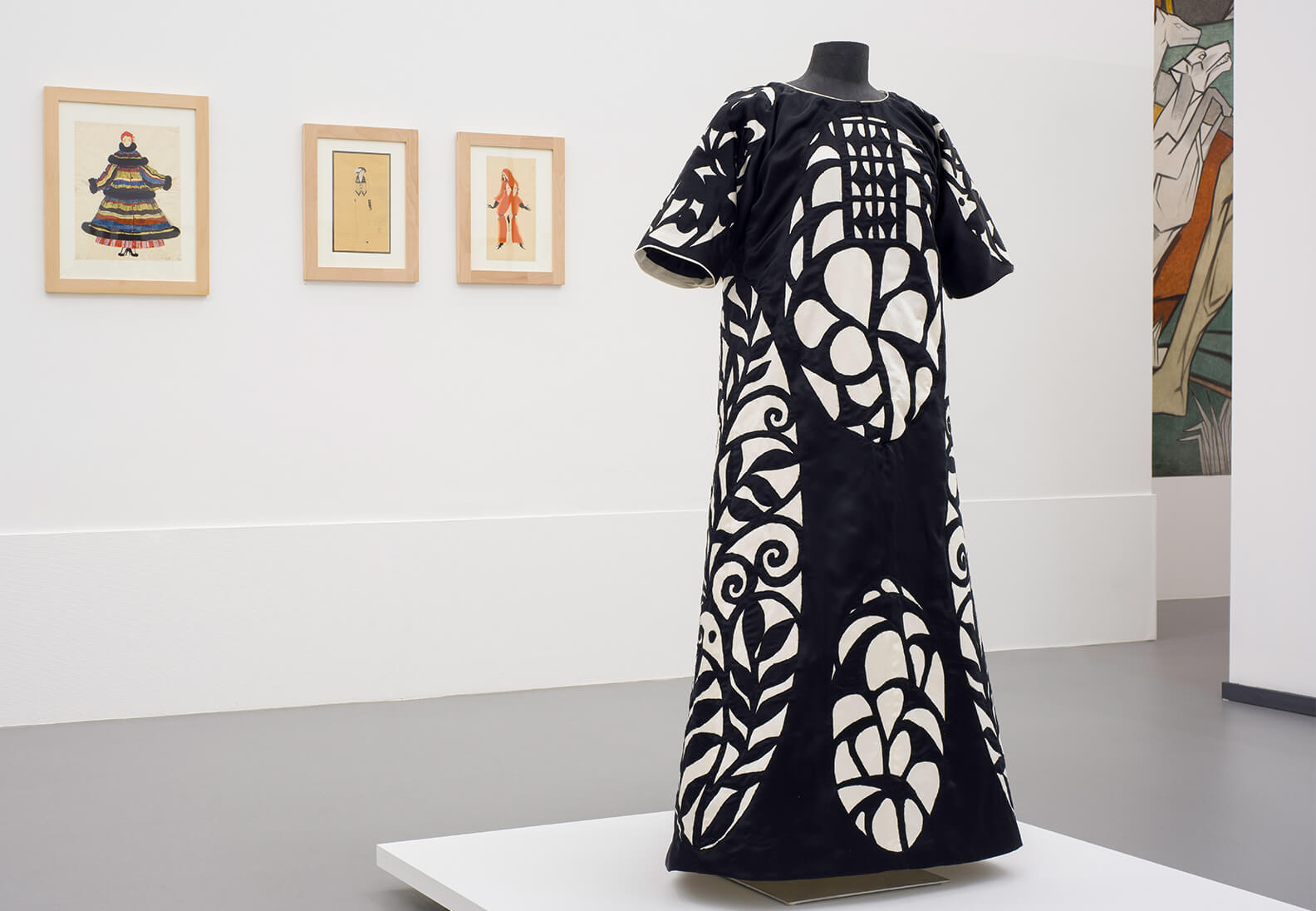 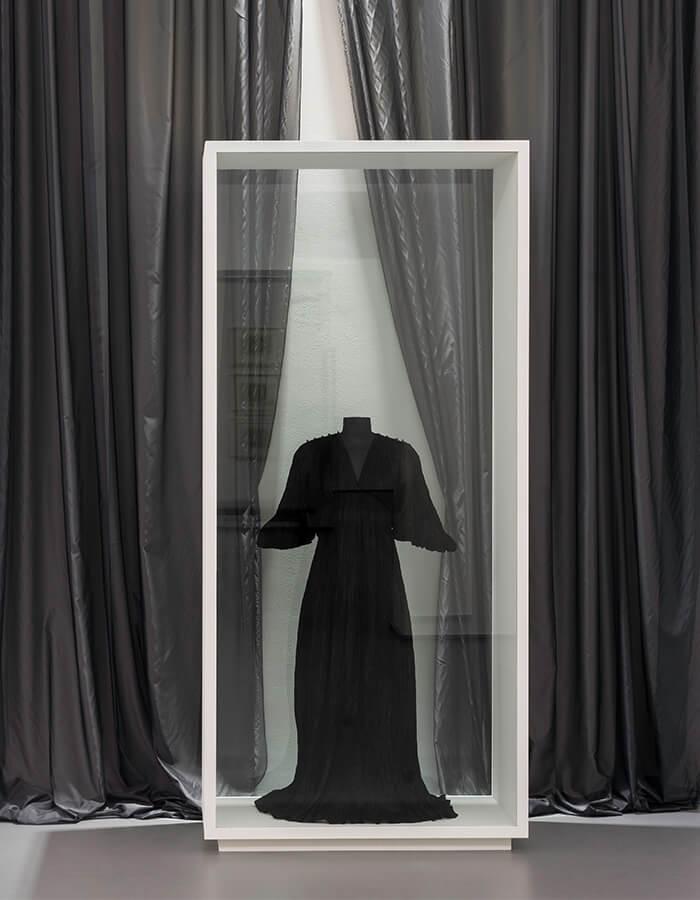 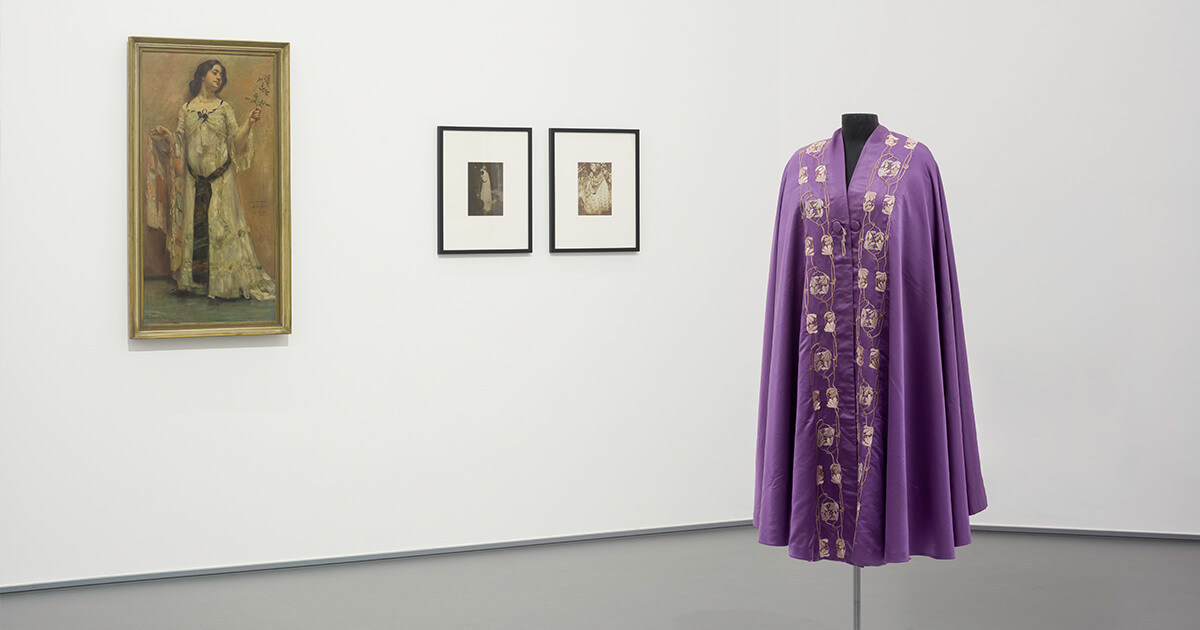