Until January 6, 2021, the exhibition »KARL LAGERFELD. FOTOGRAFIE Die Retrospektive« is presented at the Kunstmuseum Moritzburg in Halle. Art lover Dr. Michael Neubauer visited the exhibition and reports on his experiences in sisterMAG. Read the whole article here.

Only until January 6 2021: The extraordinary exhibition »KARL LAGERFELD. FOTOGRAFIE Die Retrospektive« at the Kunstmuseum Moritzburg.

The legendary fashion designer Karl Lagerfeld once said: »Work and ruthless, steely determination probably made me who I am today.« He said to always remind oneself that »you can always do more and still improve yourself.« He lived these mottos like no one else!

As an artistic all-rounder, he was not only the genius fashion designer at Fendi, Chanel and other important brands – his creativity was also involved in the perfect visuals for each label. The quality of the fabric, the special details of a cut, the entire picture was his creation.

Able to catch arrangements and relations of a scene within seconds, his specific point of view was made for photography – even if Chanel helped out a little. Lagerfeld’s love grew quickly from a simple job into a passion: in 1987, he took the first press photos for Chanel, quickly followed by a long series of projects for famous magazines like »Vogue«, »Harpers Bazaar«, »Numero« and »V Magazine«. Next to designing for Chanel, where he was head designer for over 30 years, or Fendi, where he let his fantasies run wild, photography became Karl Lagerfeld’s second vocation.

He discovered many other subjects outside of fashion, always claiming that he had many or no styles. Like life and fashion, he was adamant that a photograph always had to be invented anew. Many of his shots are kept in black and white and reflect his classic approach to fashion.

On the hunt for a perfect reproduction of his work, Karl Lagerfeld found the workshop of renowned master craftsman and silk-screen printer Gerhard Steidl in Göttingen. Their close professional relationship resulted in the establishment of two successful publishing companies. The partnership survived even Lagerfeld’s death, as the retrospective »Karl Lagerfeld FOTOGRAFIE« at the Moritzburg in Halle was curated by Gerhard Steidl together with Chanel Fashion Image Director Eric Pfrunder. They brought together around 300 photographs that Lagerfeld himself had picked for an exhibition in Halle. »An exhibition like this has never existed before in central Germany!« proclaims the museum. The curation of the presentation at the Moritzburg is bound to cause as much of a stir as Karl Lagerfeld’s fashion shows. Upon entering the courtyard, visitors are greeted by an army of life-size self-portraits of Karl Lagerfeld.

The exhibition presents the entire range of photographic media that Lagerfeld used: everything from daguerreotypes to platinum prints, polaroids, dry-plate prints, silk-screen prints, hand-coloured algraphies, acrylic inkjet prints and backlit LED-panels is there. The photographs show his many passions: architecture, landscapes, abstract art, portraits, self-portraits and, of course, his fashion photography for Fendi, Chanel and others.

One of the most interesting objects would have to be his photographic staging of orphans and lovers Daphnis and Chloe after the ancient poet Longus, as well as an 18m long folding screen of Homer’s Odyssey. Odysseus was the king of the island of Ithaca. His ruse, the Trojan horse, secured the Greek people a victory over the people of Troja. It then took him 10 years to return to Ithaca and his wife Penelope. Karl Lagerfeld used this odyssey to show beautiful models in different settings, translating the adventures and dangers of the journey into photographs. The screen perfectly adapts to the historical surroundings of the cellar inside the Moritzburg with its Christian icons and sculptures. A truly mythical atmosphere that is best experienced in real life!

On February 19th 2019, Karl Lagerfeld died after a short illness. He kept his extraordinary attitude until the end: never bound to anything, as he wished. While he had several male muses, it was two women that he worked closest with: the British creative and author Amanda Harlech (»Lagerfeld‘s eye outside of Paris«) and his representative and successor at Chanel, Virginie Viard.

Karl Lagerfeld always was a conscious loner, a virtuous master with unusual willingness to work and an excessive love of books. He was not the king of all hearts – his honesty never failed to come through and people that he didn’t enjoy working with were not in his circles for long. Only his cat, Choupette, enjoyed relentless adoration from him. His appearance was perceived as slightly crazy by many, something that should be explained by the amount of genius present in this single man. He was a fashion designer for several external labels as well as his own, photographer, published, parfumeur, professor at the University of the Arts in Vienna and costume designer for plays and opera. He was the first popular fashion designer who was willing to cater to mass markets. H&M profited from his designs: Lagerfeld famously said »Mass elitism has always been my dream, and it is the future in these modern times.«

For over 21 years, the head of embroidery Hubert Barrere was a Lagerfeld employee at Chanel daughter Paraffection for the promotion of extraordinary craftsmanship.

After Lagerfeld’s death, he said:

»His encyclopaedic knowledge, his ability to work without tiring, his willingness to fight, his natural talent to always be two or three steps ahead. His visionary ability to understand the future and make it fit for the present.« That was him – Karl Lagerfeld! 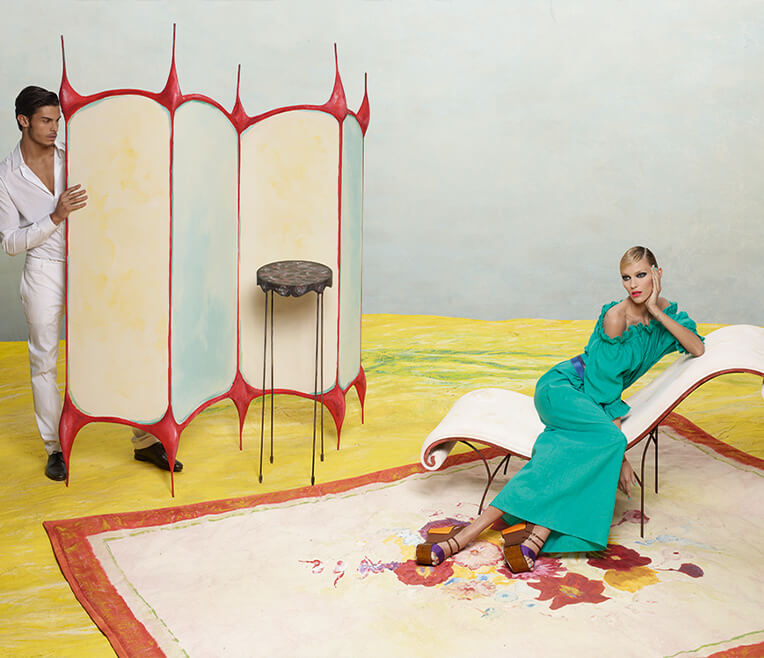 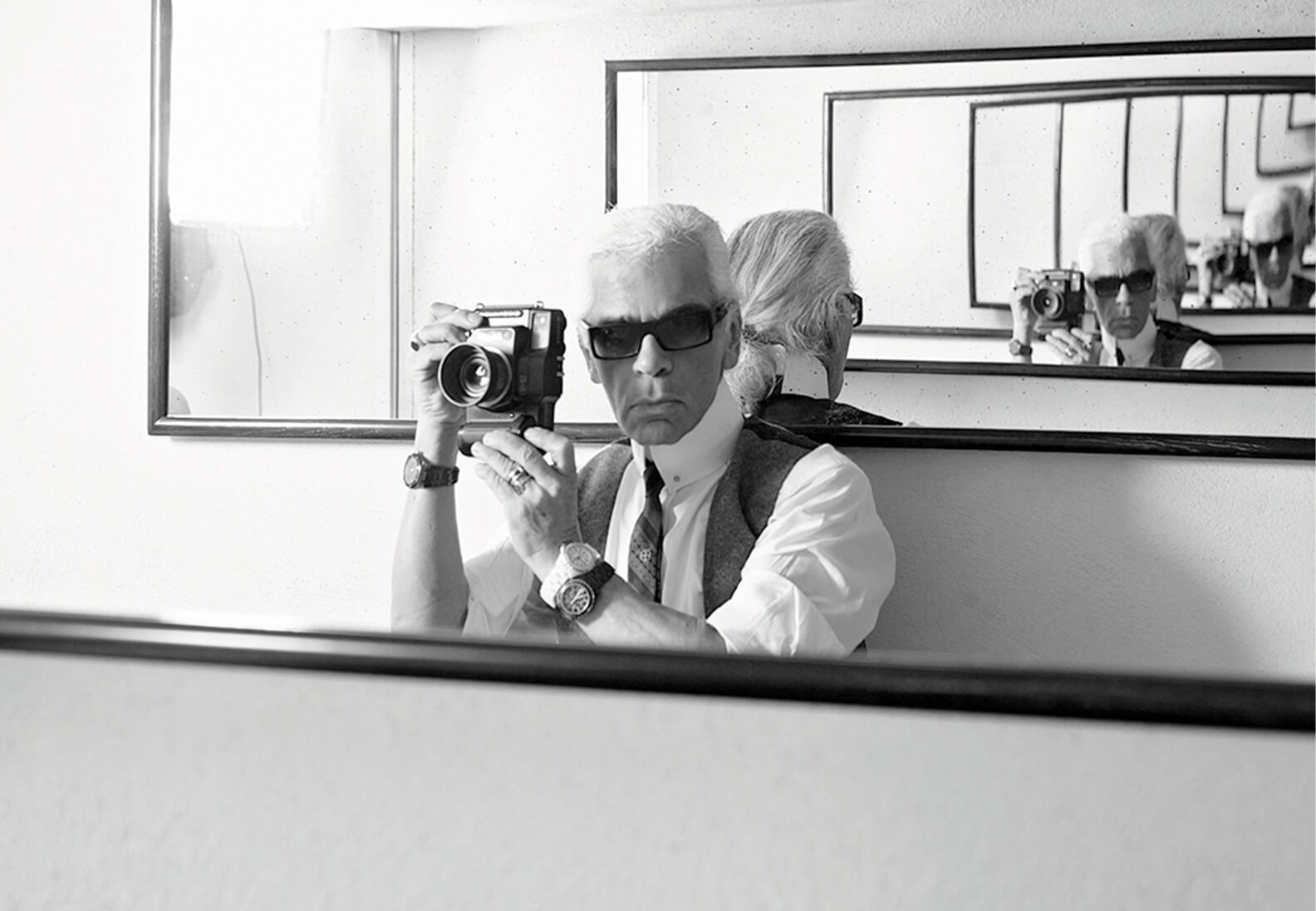 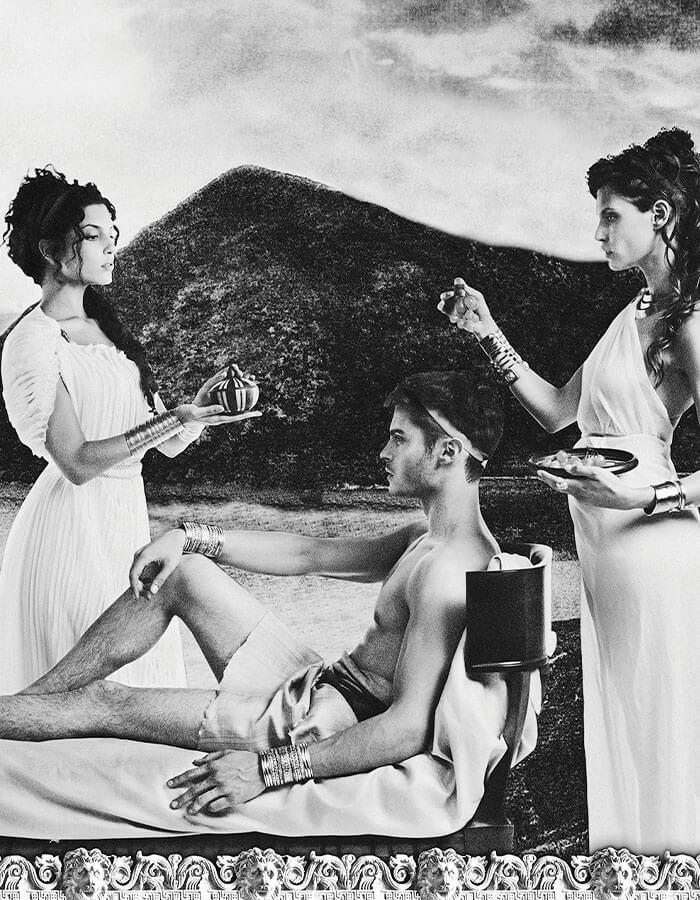 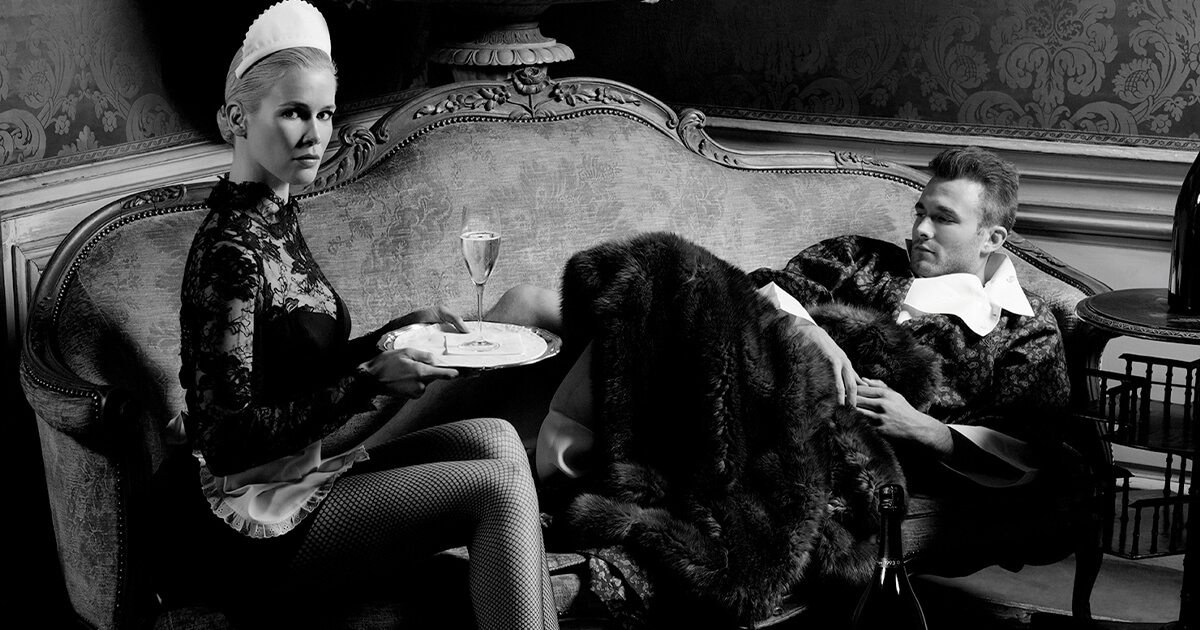