On the Life and Works of the Artist Gerhard Richter

Gerhard Richter is one of the most influential modern artists and his works are among the most expensive ever sold. At 29 years old, he left his hometown, Dresden, on an unusual path to success. Robert Eberhardt about the life and work of the artist in sisterMAG.

On the Life and Works of the Artist Gerhard Richter

»The Picasso of the 21st Century«

Gerhard Richter is one of the most influential modern artists and his works are among the most expensive ever sold. At 29 years old, he left his hometown, Dresden, on an unusual path to success.

In 2015 newspapers reported a new record: an abstract work of art by Gerhard Richter sold for 41 million Euros at an auction in London. The piece was expected to fetch around 27 million – not rare for an icon of modern art. Back in November of 2018, David Hockney’s »pool painting« was sold for around $90 million USD in New York. Global capitalism accepts few exclusive, universally acknowledged status symbols that are uniquely understood beyond the borders of culture. Iconic works of art by top artists usually make the grade These trophies of modern art aren’t nearly as hard to maintain as a vineyard in Bordeaux or a huge yacht in the port of Monte Carlo. Instead, they fit neatly into apartments as symbols of wealth and taste displayed only to one’s inner circle. But how exactly did a man from Saxony enter this realm and become one of the most expensive artists in the world? What is it about him? Who is Gerhard Richter?

Let’s put it this way: Gerhard Richter is many artists, in many decades. Richter adjusted his style and strategies multiple times, pressing the reset button on his style to work on completely different works of art with different materials. He has made sculptures, glass-stained windows, and produced remarkable photography. The art audience is familiar with his washed-outblack-and-white photographs, abstract pieces with long stripes of colour, colour grids, and mixed paint media. During his long career, he developed several styles and shaped both the German and international art market after WWII. He did not choose one single characteristic to represent his art (unlike Günther Uecker with nails in and as pictures, Georg Baselitz with upside-down pictures, Klaus Staeck with graphic posters), but instead chose to re-invent himself by getting rid of old skin like a snake and thus fulfilling the post-modern demand for variety and a deconstructed artist.

Richter’s biography reads like a prime example of German life in the 21st Century: born during the Nazi regime, he matured into an artist during the early years of East German communism and made his escape to the West. He became a leading figure in the effort to rebuild the art world after the Second World War before ultimately shaping it through his own work. In 2015, Richter told the German newspaper ZEIT that he didn’t quite understand how he became one of the most expensive artists in history:

»Records are reported with increasing frequency, and every time I get frightened – even if it is actually pleasant news. There is something shocking about the sum. As you know, the entire art market is so hopelessly exaggerated. But there is no point in getting angry about it. You just have to embrace that it is incomprehensible, just as Chinese or physics are incomprehensible to me.«

Richter was born in Dresden in 1932 and grew up in two small towns between the triangle of Germany, Poland, and the Czech Republic. In 1951, he started studying at the Academy of Arts in Dresden. He remained there for a decade to develop his painting skills by working on murals and portraits. He even received some government-back commissions by the DDR. In 1961, he fled East Germany through West Berlin. He burned most of his early paintings before leaving; the public ones were painted over. Between 1961 and 1964 he went back to studying, this time at the Düsseldorf Art Academy. After a stint as an art teacher, he began working as a professor in Düsseldorf in 1971 – a job that he would keep until 1993. In 1964 he exhibited some of his first works, which was quickly followed by presentations at prominent galleries and museums across Germany and abroad. Next to painting, he had a blossoming interest in photography. His fame continued to rise and was capped by a major exhibition at the Museum of Modern Art in New York to commemorate his 70th birthday in 2002. Today, his studio in Cologne oversees all of his work concerning legal matters, publications, and exhibitions. The Gerhard Richter archive in Dresden functions as a historic record of the Richter universe.

Several Richter works have a special place in the pictorial memory of art lovers and collectors: the photographs he painted over; the famous colour gradient pictures that came about by pulling a long strip over wet paint; cloud pictures from the 1970s; paintings that look like washed-out photographs like the famous nude on stairs, »Ema«, from 1966; a huge collection of newspaper cut-outs, photographs, and sketches turned into the project »Atlas« a collection started in the 1960s to give loose pieces of paper a completely new meaning. One of his more controversial pieces was the design of a church window of the Kölner Dom: 106-square-metre surface was to be covered by 11263 squares of 72 colours arranged by chance. The former Cologne cardinal Joachim Meisner wanted a figurative display of religious motifs instead of an abstract piece because abstract pieces were also used in the Islamic architecture In 2011, the documentary »Gerhard Richter – Painting« by Corinna Belz came out, winning the German Film Prize for Best Documentary.

Today, Richter’s works can be found in collections around the world. We recommend his exhibition at the Albertinum in Dresden, where a number of his pieces are on permanent display and periodically curated in different ways. What better place than the town he was born and left at 29 to get to know this fascinating artist – the »Picasso of the 21st Century«. 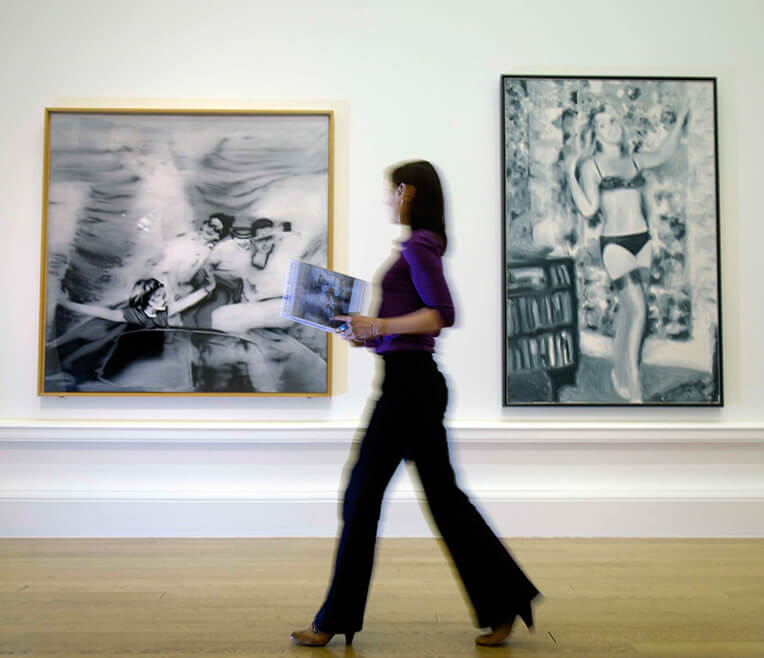 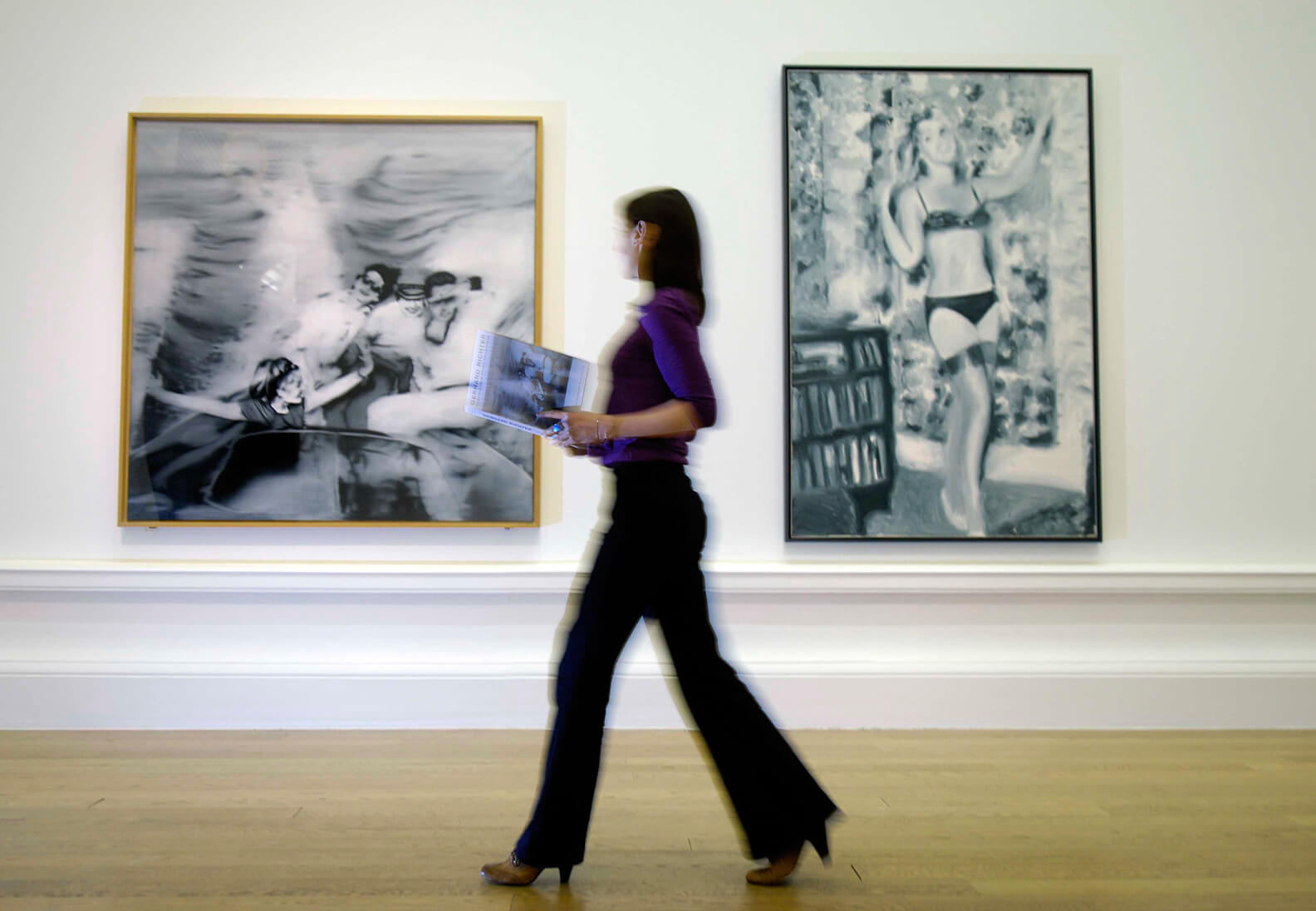 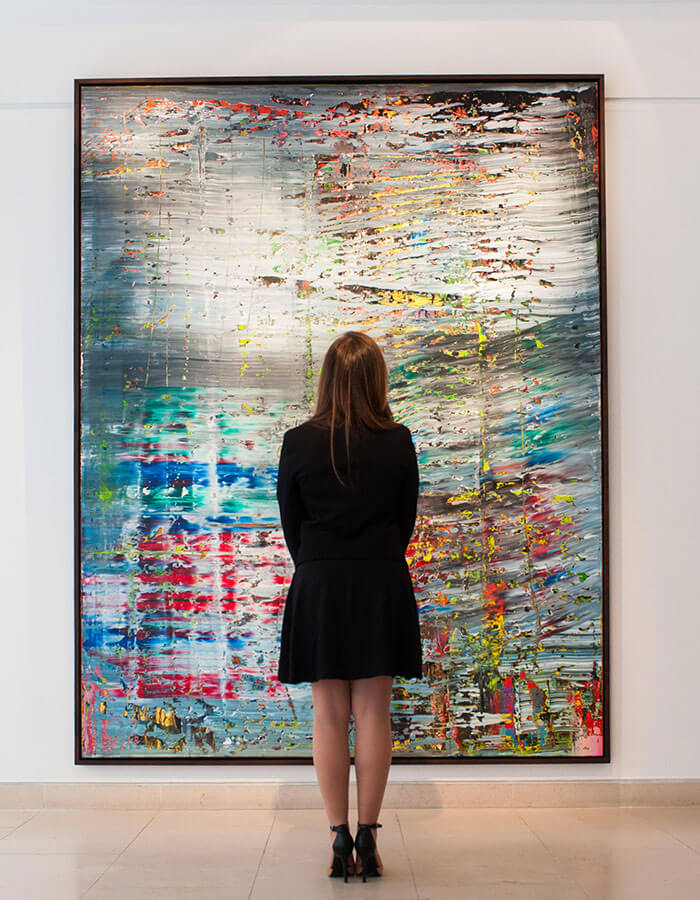 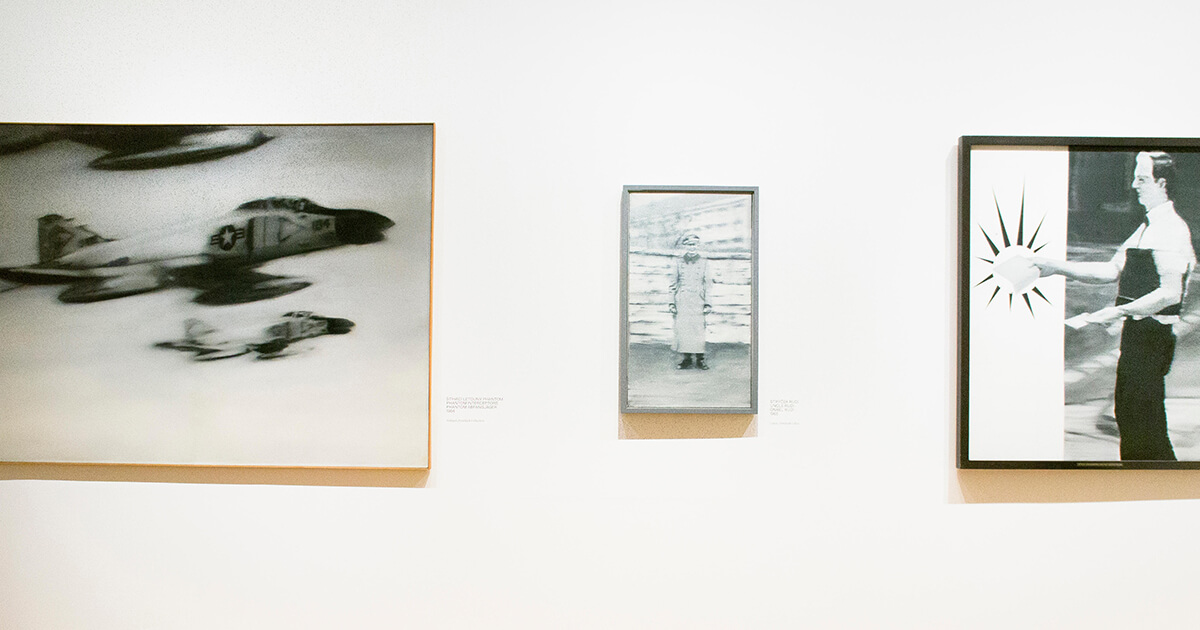