In every sisterMAG issue of 2020, we present you a selection of well- or lesser-known artworks and artists as part of a special series. A piece of clothing is at the centre of attention and forms the common theme. In our first issue of the new year, it’s all about the hat. Read the new article by our team arthistorian Caro here.

A discursion across different art styles

New year, fresh inspiration: In every sisterMAG issue of 2020, we present you a selection of well- or lesser-known artworks and artists as part of a special series. A piece of clothing is at the centre of attention and forms the common theme. In our first issue of the new year, it’s all about the hat.

For centuries, hats have been decorating people’s heads. Even though their image became increasingly out-dated, they were good form of the bourgeois and noble society in the centuries before.

By the end of the 16th century, the baroque emerged in Europe. An art style that is emotive, lush and magnificent in its expression. This description is very appropriate for the lady shown here. Research is not clear yet on who the person is. Probably, Susanna Lunden (1599 – 1628) was portrayed, the older sister of Rubens’s later wife Helena Fourment. In 1622, Susanne married her husband Arnold Lunden. The ring on her right hand could therefore be a hint at a marriage portrait. Her strikingly beautiful appearance is unmistakable: a sweeping hat with plenty of feather ornaments, a generous décolleté, ruffled sleeves, several layers of fabric and luminous white skin according to the beauty ideal of the high society.

With his large-form painting, the French artist Georges Seurat (1859 – 1891) created one of the best-known works of Pointillism, an art style that is attributed to Post-Impressionism. It had its heyday between 1889 and 1910.

The painting shows people from different social classes on the banks of the Seine. La Grande Jatte is a two-kilometre-long island in the river, located west of Paris. The people seem stiff and motionless, and also characteristic for Pointillism: The whole work seems to be made up of tiny dots. Obvious are also the various hats of most people in the scene – completely independent of their social status. Of course, a hat is really useful on a sunny day.

Pierre-Auguste Renoir (1841 – 1919) created a large number of artworks with portraits of women and fancy hats. Choosing one of them is not that easy.

This is a painting of two young, unknown girls in black with elegant, very soft-looking hats. The style can be assigned to Impressionism, but chronologically it’s more likely to belong to Post-Impressionism. All styles of painting following Impressionism in France between 1880 and 1905 belong to this category. Artists like Van Gogh, Gaugin, Toulouse-Lautrec and Cézanne are part of it as well.

With Henri Matisse (1869 – 1954), we stay in France but move stylistically within the French avant-garde. More precisely to Fauvism, which emerged at the beginning of the 20th century.

The lady in this painting is the wife of the artist, Amélie Matisse. She wears an elaborate robe and a marvellous hat. The heavy use of colour and the different juxtaposed colour areas make up the character of the painting. They create dynamic and rhythm. The work of Matisse was exhibited in the Salon d’Automne in Paris for the first time and caused much indignation among the audience and art critics. This was the time when Fauvism emerged.

Fauvism was replaced by Cubism, which was initiated by the Spanish artist Pablo Picasso (1881 – 1973). His objective was to shape a new way of thinking in painting. It wasn’t about depicting the apparent reality anymore but about breaking the perspective.

The work shows the well-known Dora Maar (1907 – 1997), Picasso’s life partner and muse at that time. She was an important source of inspiration for the artist in the 1930s. He was not interested in a traditional portrait but in a special interpretation of this woman. In Picasso’s works, she was often shown with a hat. In our painting, her portrait almost resembles a vase. Dora Maar was an artist herself and active in the environment of Surrealists.

This brings us to the last art style: Surrealism. It became famous through the Belgian painter René Magritte (1898 – 1967) and gave its name to a whole movement in art and literature. Surrealism is based on a mindset that rebels against traditional standards. Its objective is to expand one’s own wealth of experience. Artworks of Surrealism are characterised by absurd, dreamlike and imaginative elements.

»The Son of Man« is one of Magritte’s best-known motifs that was created as a self-portrait. We see a man with a simple bowler – a stiff, rounded hat. He stands in front of a low wall that offers a view of the sea under an overcast cloudy sky. A green apple floats in front of the man’s face. It’s supposed to symbolise the hidden.

Tip for the spontaneous ones and travel enthusiasts among you:

Until 1st of March 2020, you can immerse yourself in the artistic world of Margritte in the Cattedrale dell’Immagine in Florence as part of a so-called »Emotion Exhibition«. The original artworks are not exhibited there but instead touching projections of 160 works that are underscored with classical music. Sitting cosily on the floor, you can indulge in surrealistic motifs. Thanks to augmented reality, you can also move inside the artworks. A very special experience! 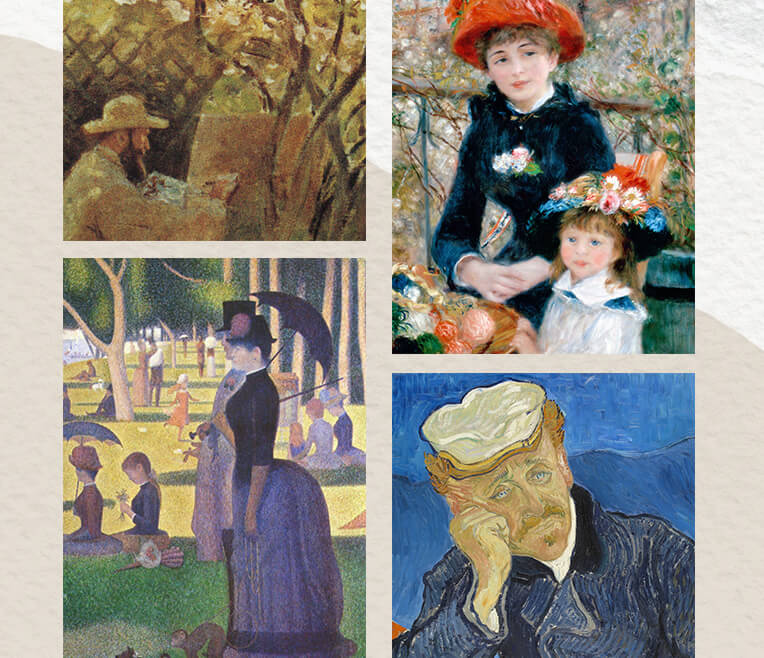 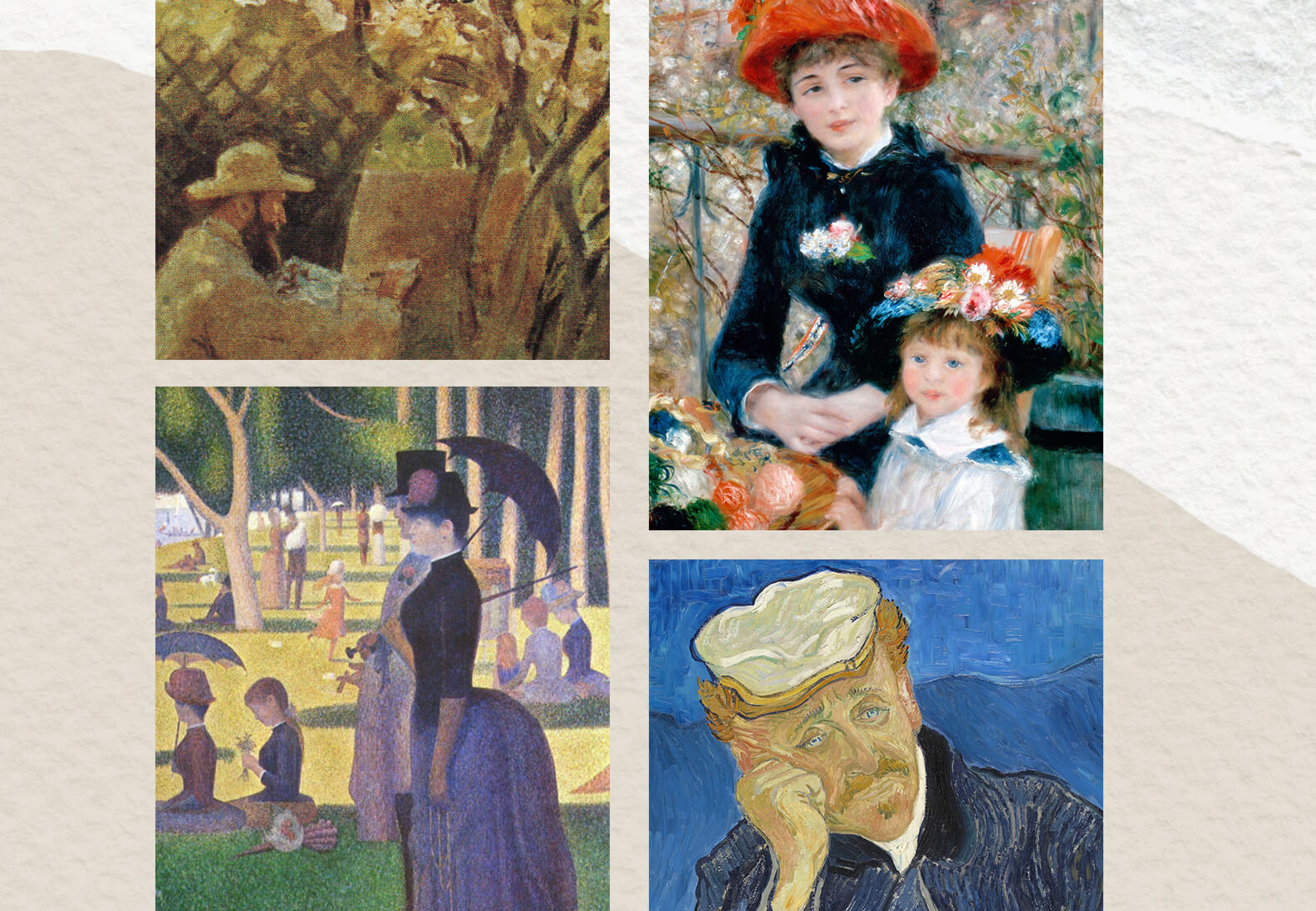 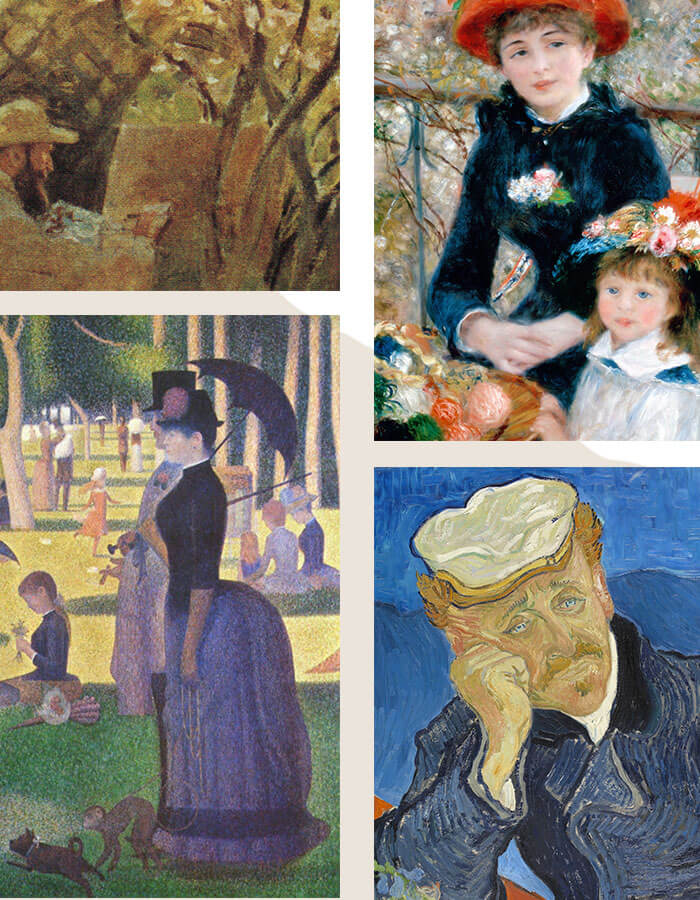 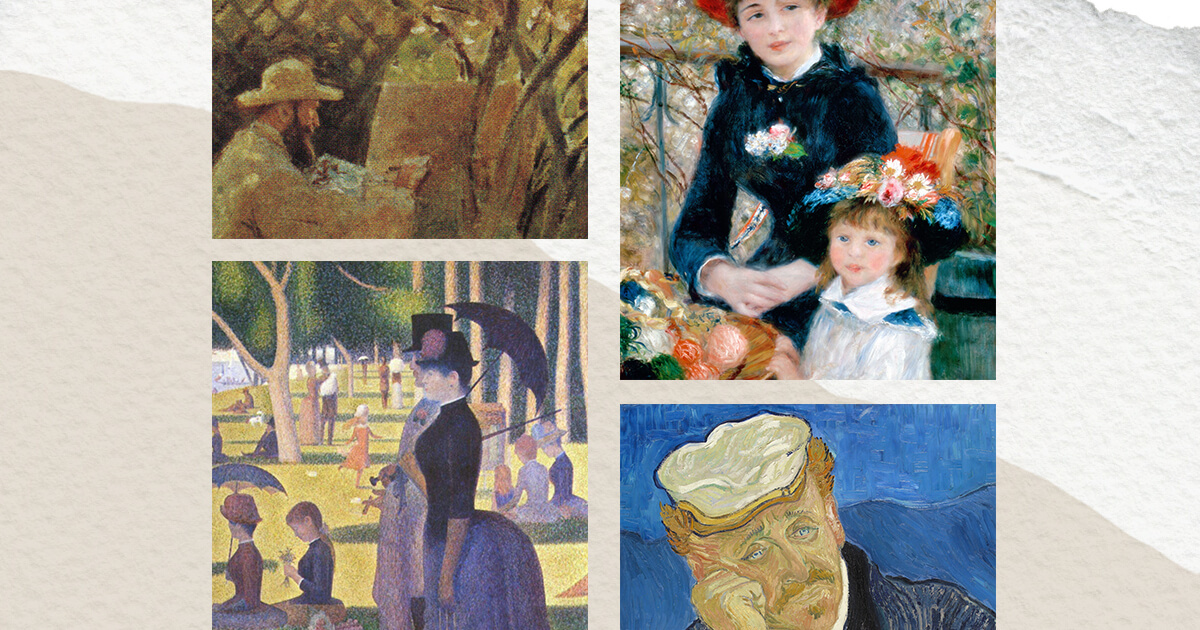