The Bauhaus created many innovative design objects during its existence. Some stood the test of time and became true design classics. Even today, they decorate numerous interiors, such as the »Wagenfeld lamp« or the famous »Wassily« chair by Marcel Breuer. In sisterMAG 52, Robert Eberhardt introduces you to 5 important design classics of the Bauhaus.

The Wagenfeld lamp, also known as the Bauhaus lamp, is probably the most famous of the Bauhaus products. Wilhelm Wagenfeld was 24 years old when he enrolled in the Bauhaus school. The Bauhaus had set itself the goal of giving industrial products not only practicality but beauty-of-form in high-quality materials – a task the young Wagenfeld fulfilled with flying colours when he designed the table lamp in 1923-24 under the instruction of Bauhaus master László Maholy-Nagy. The table lamp, made of metal and glass, included an especially designed matter-of-fact worksheet on which the lamp’s advantages were listed: „best light-diffusion (tested exactly) in Jenaer Schott glass; very stable; simple, pleasing form; practical for desk, bedside table etc; shade is screwed on, remains fixed in any position”. The lamp is still in production today.

The Bauhaus had various workshops, including a ceramics workshop in Dornburg. It was here that Otto Lindig completed his training in 1922 and created the tall lidded pot as his apprentice piece. He completely avoided the traditional forms of ceramic art and combined eccentric geometric shapes. Within its design, the pot reflects many of the basic elements found in Bauhaus furniture, such as the cone, cylinder, sphere section, and circle. The jug becomes a sculpture in the true sense of the word, defined even by its lively yellow glaze. Lindig was promoted to technical and commercial head of the ceramics workshop in 1924.

The famous „No B3 Chair“ earned its name a little later on after the Bauhaus master Wassily Kandinsky. Marcel Breuer, the director of the Dessau furniture workshop and appointed by Gropius, had designed the chair as a new-age living showpiece. The chair belonged to the Dessau Bauhaus building, which opened in 1926 and soon became a design classic. Breuer’s constructivist design using tubular steel revealed the chair’s structure and combined aesthetics and function in a revolutionary way. In 1933 Breuer fled Germany and established the Faculty of Architecture at Harvard University together with Walter Gropius.

Simple forms, a lack of decor, clear structures, and white walls – that is how many would describe the architectural Bauhaus style. However, there was never a uniform style. Walter Gropius, for example, favoured cost-effective building with prefabricated elements, Mies van der Rohe wanted to melt the boundaries between interior and exterior space, and Ernst Neufert favoured a timber frame construction method.

A hidden „architectural classic” can be discovered in Berlin’s Hohenschönhausen district. The house was Ludwig Mies van der Rohe’s last creation before his emigration to the United States. This was the building where von der Rohe developed his architectural principle of „flowing space“ even though the building itself was a solid construction. And because the house was built at ground level, the rooms extended into the landscape. Open the windows of the study and it became a hallway, connecting to the terrace. Exhibitions and guided tours still take place here regularly.

Thanks to inexpensive 35-mm cameras, there was no shortage of photographs taken during the Dessau Bauhaus era, including by the „Meisterfrau“ Ise Gropius. This photograph by Ise of the engine room on the transatlantic ship MS Colombus was taken during her seven-week trip to America in 1928.

It shows the „New Vision“ aesthetic, away from traditional picturesque landscape views and towards the revelation of visible forms and structures. An image showing the design language of the new, technological world. 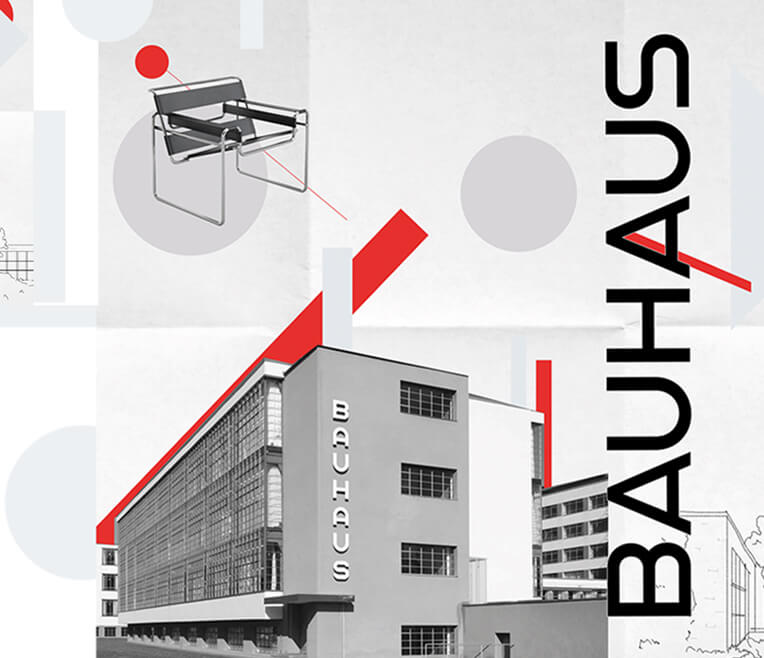 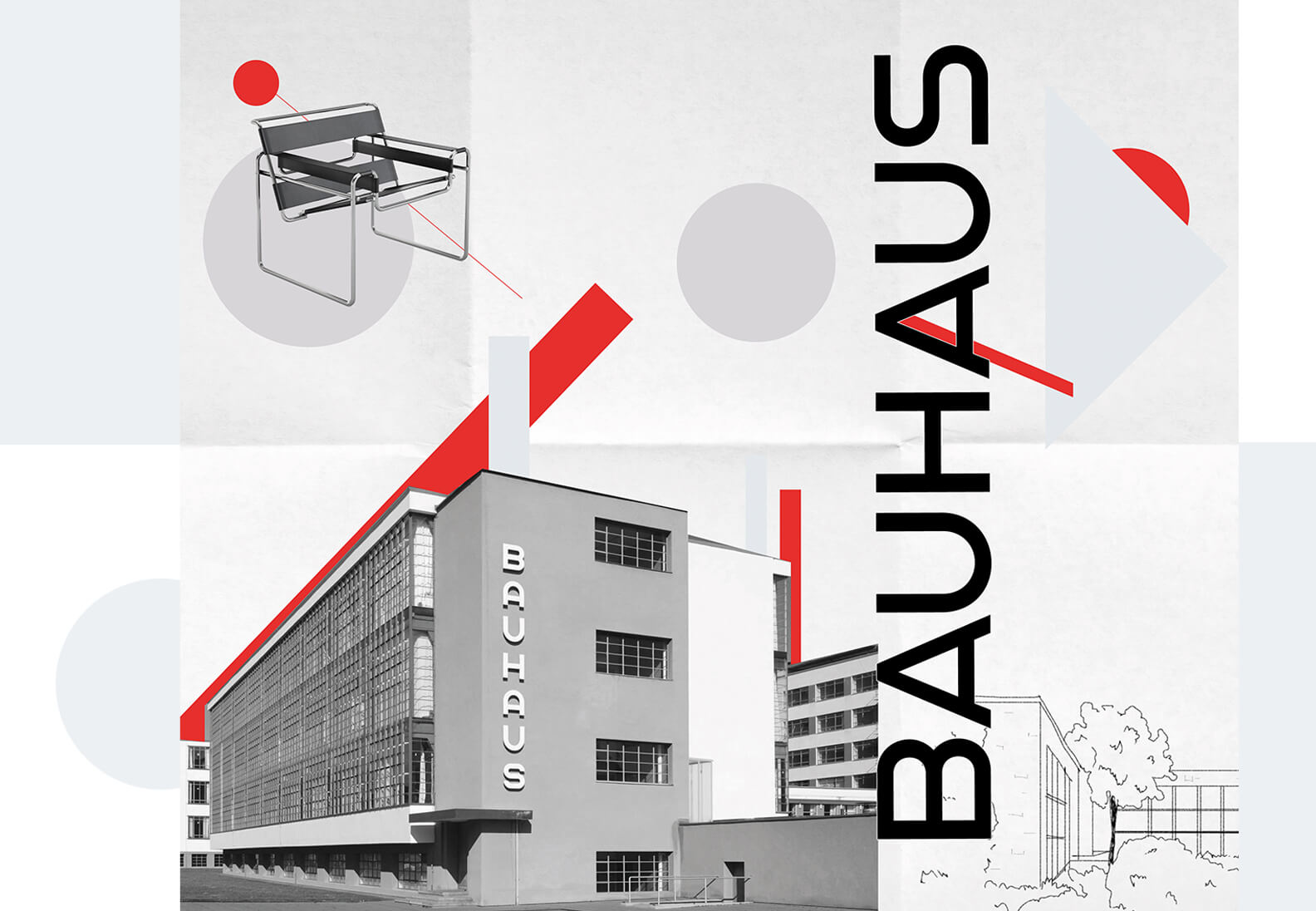 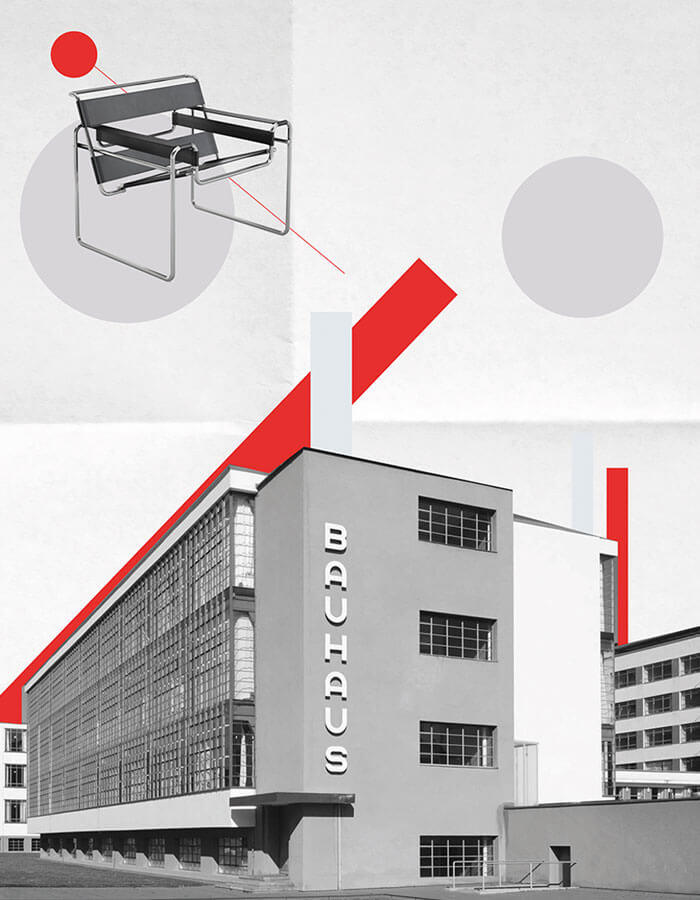 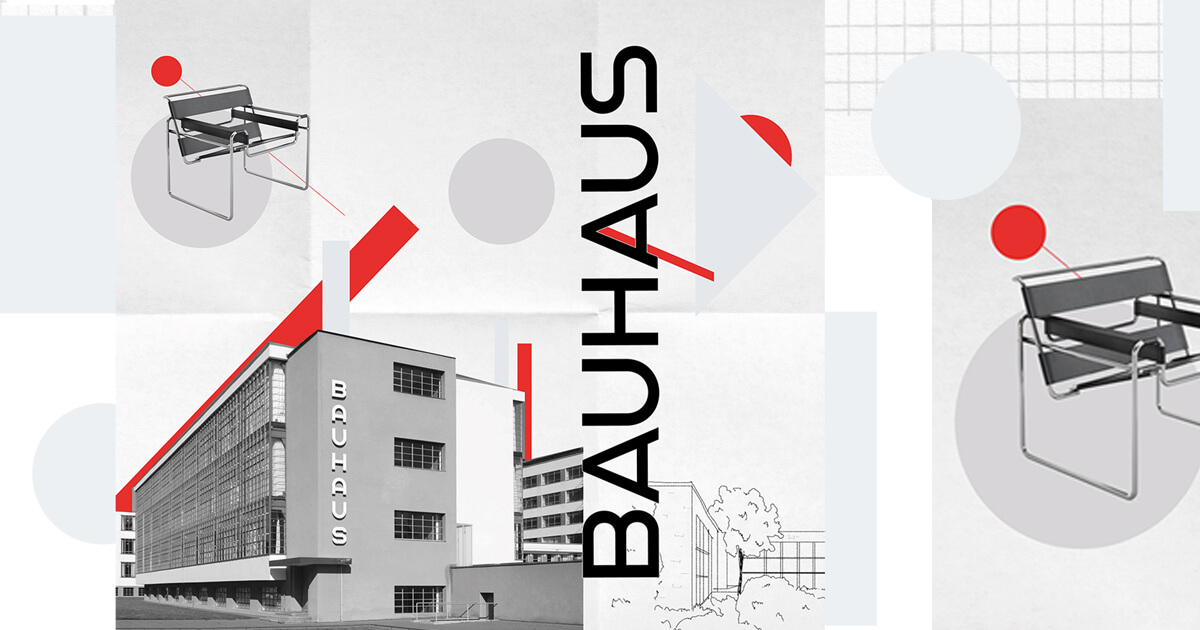