Venus & Mars – An Affair. When Venus cheated on Vulcan with Mars

Venus & Mars are one of the most well-known couples of ancient mythology – even though the goddess of love was married to the calm Vulcan. Alexander Kords in sisterMAG 50 about how he managed to uncover the relationship and ridicule the adulterers.

Venus & Mars – The story of a love affair

When Venus cheated on her husband Vulcan with Mars

Even though the goddess of love Venus was married to Vulcan, she had affairs with several other men. Best-known is the one with Mars – which Vulcan stopped in a clever way.

Some millennia ago, the ancient Greeks conceived lots of tales to explain the world around them. The dark night? Caused by the goddess Nyx who looks like a big black bird. The sun? A burning chariot the god Helios steers across the sky every day. The Greeks believed that almost everything was controlled by a designated deity. The »royal family« consisted of Zeus, the father of the gods, his siblings and children who resided on Mount Olympus. The Olympians had rather incestuous relationships: Zeus had children with his sister Hera, and some of them entered relationships with their half siblings. Hephaestus, for example, a son of Zeus and Hera, was married to Aphrodite who was a daughter of Zeus – although she was »only« adopted.

Risen up from the sea

The Romans didn’t show much creativity when they took over many Greek deities and their special fields. They only changed their names: They called Zeus Jupiter, Hephaestus was renamed Vulcan and Aphrodite became Venus. The myths themselves, however, remained untouched by the Romans for the most part. That’s why Venus came into the world the same brutal and absurd way: Her father Uranus was emasculated with a sickle by his son Saturn, and the semen streaming from the cut-off genital fell into the sea Venus rose from soon after. The painting »The Birth of Venus« Sandro Botticelli painted around 1485 shows the goddess of love and beauty standing on a scallop shell, shortly after she came out of the water.

After Venus was introduced to the gods and came into their midst, Jupiter adopted her and made her the wife of Vulcan – his son he had with his wife-sister Juno (as Hera was called by the Romans). When Vulcan was a baby, he was ridiculously ugly which is why the other gods laughed at him all the time. Since he also cried a lot, his mother Juno furiously threw him from heaven to earth. The poor guy hurt his leg when he fell down and limped his whole life. On earth, he developed a special talent for handling fire and metal and, among other things, forged the sceptre of his father. For his mother, he crafted a golden throne. However, he installed a trap. When Juno sat down on the throne, invisible fetters held her back from getting up again. Only after she assured Vulcan that he would be readopted into the circle of gods, he freed her.

The marriage of Venus and Vulcan didn’t seem to be exciting since they both looked for alternatives. Vulcan had at least four children with other women, and Venus wasn’t averse to extramarital affairs either. Her longest liaison was the one with Mars who the Greeks called Ares and who also was a son of Jupiter and Juno. Mars was the aggressive, brutal and literally »martial« god of war and the complete opposite to his sweet-tempered brother Vulcan. Nevertheless (or maybe just because of that), Venus was attracted to her adoptive brother. They had no less than five children, one of them being Cupid (or Eros, as the Greeks called him), the small god of love with bow and arrow. The fact that Venus’ husband didn’t notice the five pregnancies of his wife is just a side note of the absurdity of classical mythology.

Held up to ridicule

Ultimately, the love affair of Mars and Venus was discovered after all – namely by Sol, the Roman equivalent to the afore mentioned sun god Helios. He told Vulcan, and the cuckold made a plan of revenge. He forged an invisible net and put it around his wife’s bed. When Venus welcomed Mars once again, the two of them got caught in an embarrassing position. To finish the humiliation, Vulcan invited all gods to Venus’ bedroom so they could examine the trapped pair of lovers. Since the gods couldn’t stop amusing themselves, a long laughter is sometimes called »Homeric« today. With his move, Vulcan also took another revenge for the experiences of his childhood when he was laughed at for his ugliness.

Ancestress of the Romans

Another prominent affair of Venus was the one with Adonis – even though he was a mortal and therefore beneath her divine dignity. According to the myth, Adonis was killed by the jealous Mars who had turned into a boar. Venus was so heartbroken about the death of her lover that she used his blood and her tears to create a flower: the red pheasant’s eye (Adonis flammea). Venus also had affairs and children with Bacchus (the Roman Dionysius) and Mercury (Hermes), both sons of her adoptive father Jupiter. Thanks to another man, Venus obtained a special status for the Roman people. When she dated Anchises, she gave birth to Aeneas, one of the heroes of the Trojan War. His son Ascanius later founded the city of Alba Longa that, over time, developed into Rome. Ascanius who was also called Iulus is said to be an ancestor of Caesar. As a matter of fact, one of her affairs made Venus the Romans’ »great-grandmother«. 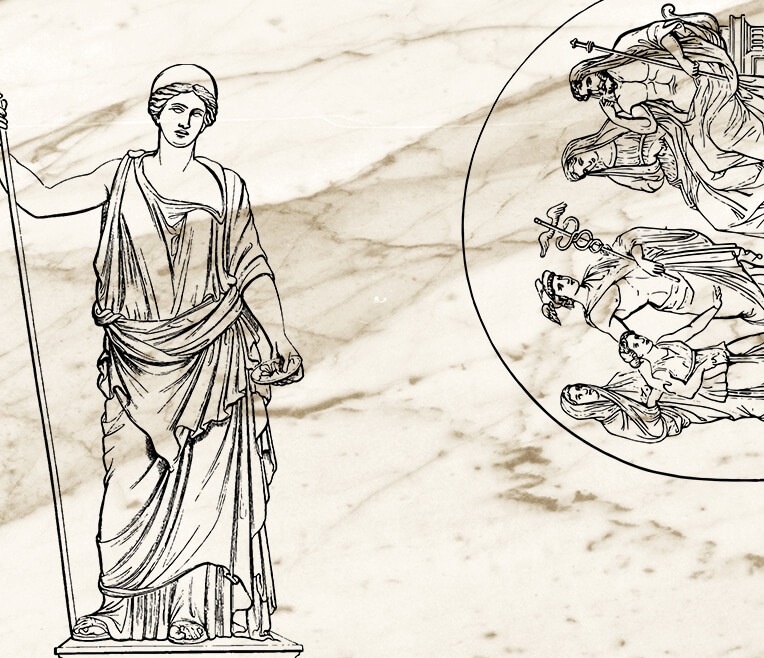 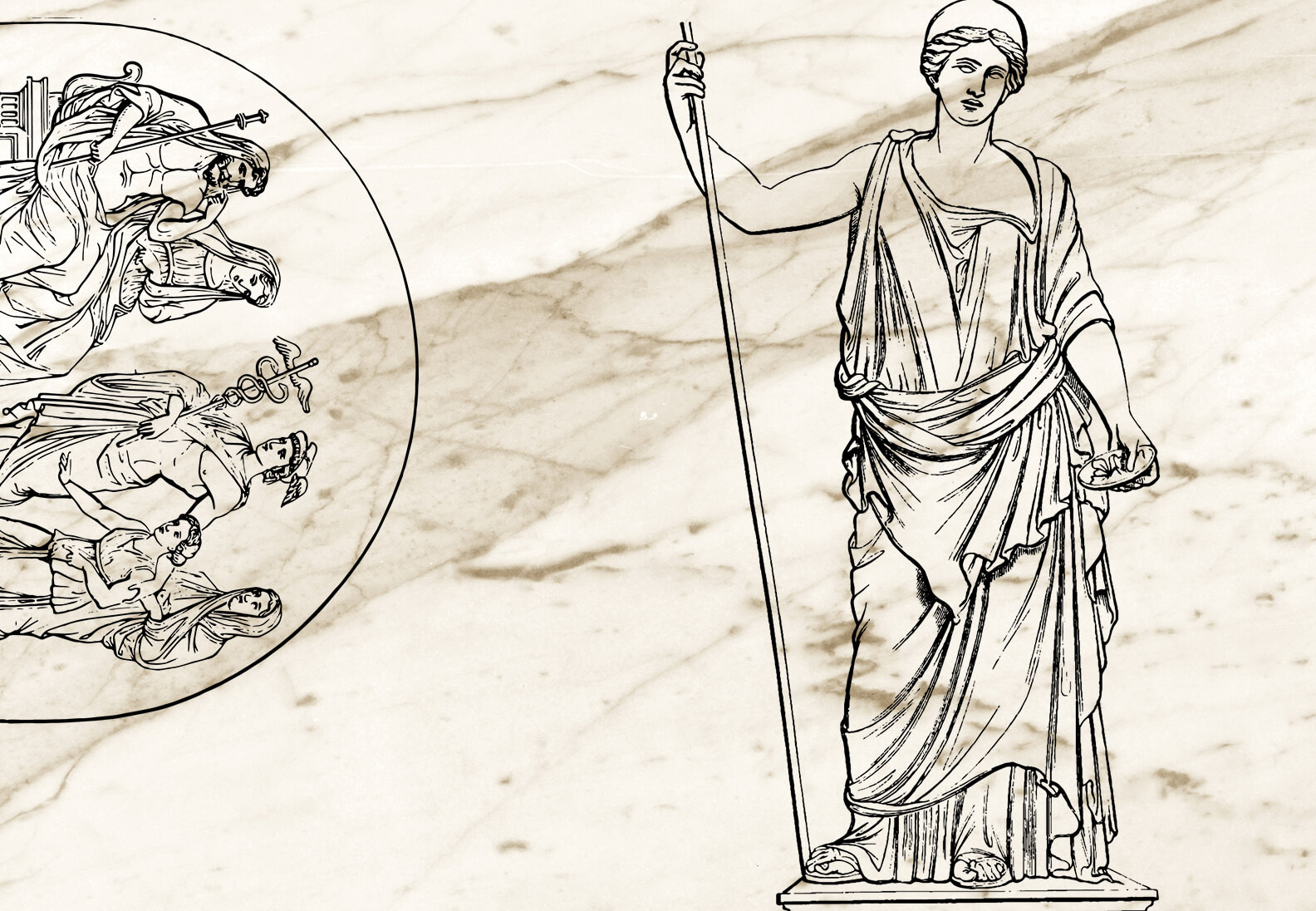 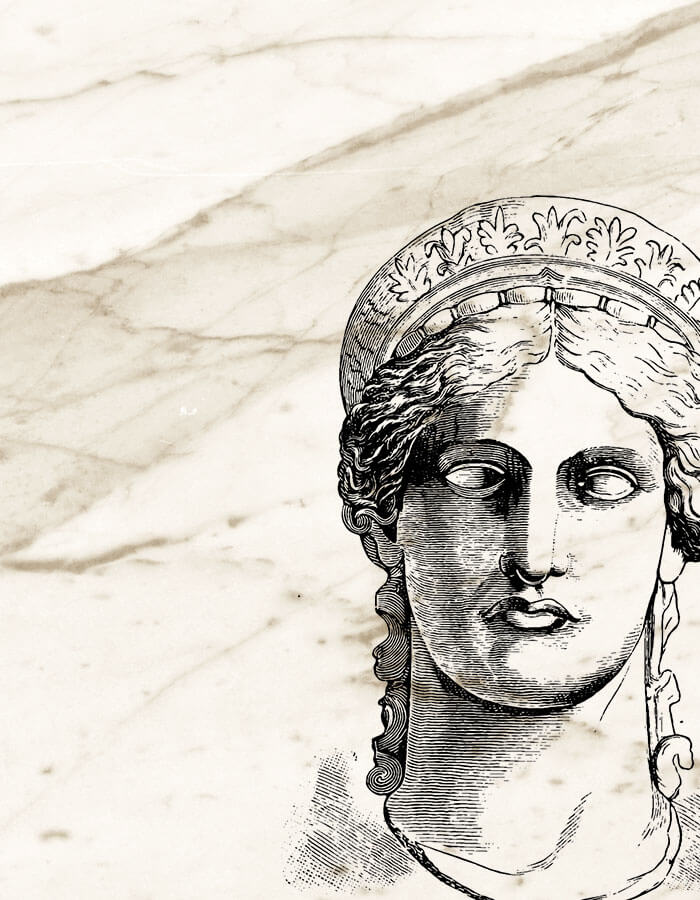 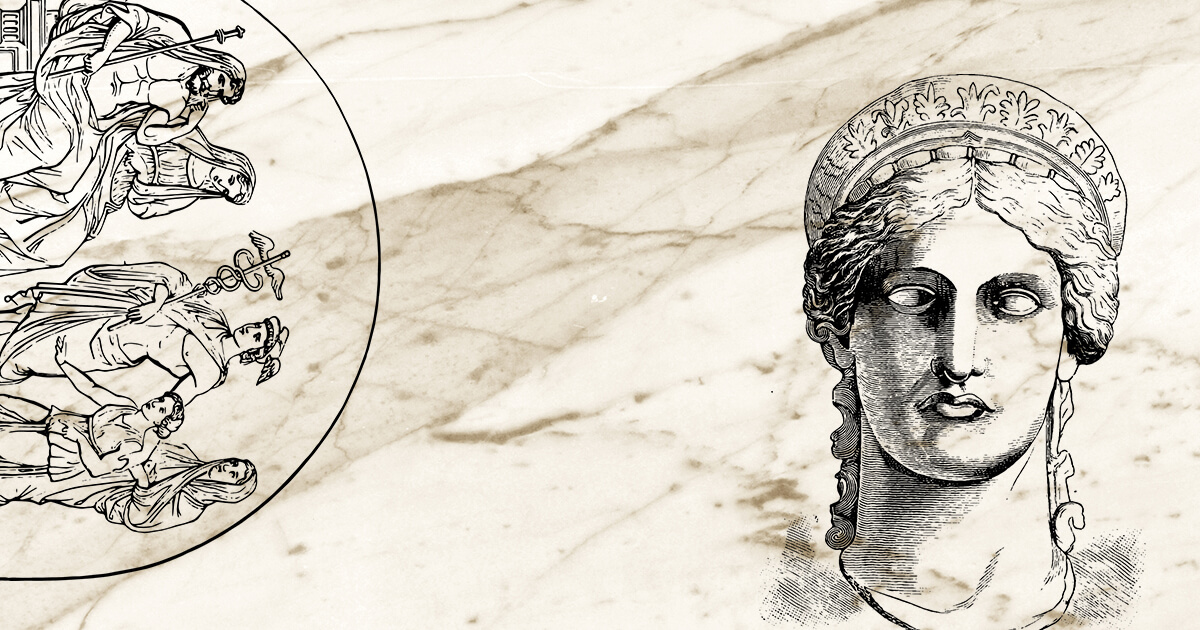