Even after 100 years, the golden women in Klimt’s paintings are still gleaming. They have become synonymous with his art. Those mysterious female figures all had a special connection to the master of Art Nouveau. Who were they, and why did he paint and sketch them in countless works? Read the whole article by author Martina Klaric in the latest sisterMAG issue.

The complete works of Gustav Klimt contain a multitude of paintings and sketches that survive in the shape of countless reproductions. Like no other painting, »The Kiss« is used to adorn unusual objects like pillowcases, posters and refrigerator magnets. In this way, our fascination with Klimt’s work symbolises the afterlife of his depictions of women. Gustav Klimt did mostly paint women besides landscapes, and they were always beautiful – sometimes just a little more than usual.

He painted them as icons in front of mostly flower-filled backgrounds, surrounded by shining golden mosaics that skillfully double as dresses and veils. Sometimes they look at the spectator with misty eyes, at other times they seem trapped like fairies in their own worlds of dreams and water. Klimt developed his typically decorative Art Nouveau style with and because of his women. Despite certain levels of abstraction, they are always depicted realistically; not to prevent transcendental reception or to declare the female figure as a symbol of aestheticized eroticism in a utopia and not to broach the issue of an objectifying male gaze on women. Klimt’s paintings are always about engaging with the historical women of his time.

To keep it short: those realistically painted creatures really existed. They might be Emilie Flöge, Adele Bloch-Bauer or Eugenia Primavesi. All of them were important women of the Wiener Moderne that had a special relationship with the artist. At first, Klimt’s most important clients were the rich men of the Viennese society of the Belle Époque that wanted their beautiful wives immortalised in the master’s pompous paintings. While working, Klimt developed his specific approach to portraiture by closely working with these women. First, they were shown as their husband’s golden jewels to symbolise the merely adorning role of a woman in society; then their increasing independence inspired Klimt artistically.

Everything began with his first commissioned portrait of the blue-blooded Sonja Knips, whom Klimt painted dressed in masses of whimsical pink tulle in 1898. (»Picture of Sonja Knips«, 1898). Surrounded by hanging lilies, he makes the chic young lady look like a divine, angelic creature. The painting is almost a scene of romanticisation. Even though the slim girl, sitting down, is searching for the eye of the viewer, the next moments of observation offer a hint of her disappearing and melting into her background. A kind of creator’s magic takes hold. This was Klimt’s inauguration as the most important painter of society of his time. Countless commissions followed, of which he declined many. His creative relationship with females only took place with certain, chosen ladies. As we know, Emilie Flöge and Adele Bloch-Bauer occupied such special places – they became the painter’s muses.

As a successful fashion designer, Emilie owned her own haute couture salon. Inspired by Coco Chanel’s esprit for fashion, she designed her own dresses and thus became an equal to the painter. They kept up a life-long relationship via frequent letters.

The intellectual and stimulating spirit of Adele meanwhile became a heterogeneous source of inspiration for Klimt. Both ladies embodied de-materialised bodies of mythological fairy-tale or biblical beings. Even though scientific analyses declare the woman of Klimt’s painted epic »The Kiss« to be Emilie, he officially only painted one woman twice: Adele. The famous portraits »Adele I« and »II« from 1907 and 1912, turned the young, Jewish wife of an entrepreneur into golden Adele. Klimt would go on to paint further portraits of her as Judith from the Old Testament (»Judith I/II«, 1901/1909) or the Greek goddess Athena (»Pallas Athene«, 1898). With a selling price of over 130 million US dollars, the portrait »Adele Bloch-Bauer I« has become one of the most famous and expensive paintings by Klimt. Typical: the shining sea of gold leaf.

Klimt portrayed other ladies in similar ways. Among them Marie Henneberg, wife of the art photographer Hugo Henneberg, as a magnetic creature with a severe face painted in Impressionist style (»Picture of Marie Henneberg«, 1901), the Austrian actress Eugenia Primavesi in an innocently seductive pose amidst a cosmos of flowers (»Portrait of Eugenia Primavesi«, 1913) and Gertrud Löw, daughter of the distinguished doctor Anton Löw, like a nymph with a mystical aura in a flowing, light gown (»Portrait of Gertrud Loew«, 1902). The special element in Klimt’s treatment of female figures is found in their »de-personification«. His painting led the figures into the undefined – a compositional process of metamorphosis complete in his bewitching painting »Water Serpents« (1904-1907).

Even though biographers were immediately able to disprove this, common perception is that Klimt had more intimate relationships with his models – probably because his depiction of bodies in salacious poses still or more so than ever, seems irritating or reprehensible. In the face of #metoo discussions and protests around empowering women, this kind of presentation of female figures should be looked at more critically and from a feminist point of view. Women supposedly look naked, lustful and obscene in Klimt’s work. Their embodiment of the femme fatale pushes itself onto the viewer. As a result, critics speak of a highly erotic vibe and the disdained female danger that shows up in his paintings and sketches that partially visualise genitalia in realistic shapes.

There seems to be a clearly voyeuristic view in the paintings. His depictions of women could only be the centre of a narrow-minded view of male origin on the female sex that needs to be broken up. Still, or maybe just because of this, Klimt’s sensual women work as muses with a kind of emancipating power. They might inspire an erotic discourse in their position as lascivious icons but never in a pornographic sense that crosses lines. The symbolic-allegoric paintings are more of a surface of reflection of women’s changing roles during the avant-garde. Klimt’s golden women are both seductive and provocative, strong and beautiful. But they are also always rooted in a process of transformation and thus become intangible; freeing and re-inventing themselves.

Famous modern painters and contemporary (fashion) photographers have repeatedly worked on depicting »women« in their works. Sometimes in an abstract way like Pablo Picasso or even provocatively aggressive like Egon Schiele and Helmut Newton. Sometimes intimately open like Richard Avedon or realistically, almost documental, like Peter Lindbergh. In most cases though, women are used as a motif and simple inspiration and not as autonomous, relevant and layered figures of their cultural and artistic environment.

There is no artist that dedicated his complete works to visually considering female figures quite like Klimt. This doesn’t make him a feminist by any means – even though it is clear to see how fascinated he was by the topic of women. Furthermore, Klimt manages a complex examination of the female that is usually reserved for the works of certain female artists like the autobiographical, surrealist self-portraits of Frida Kahlo, Alice Neel’s politically criticising works of American realism and the body-focused painting of Austrian artist Maria Lassnig. 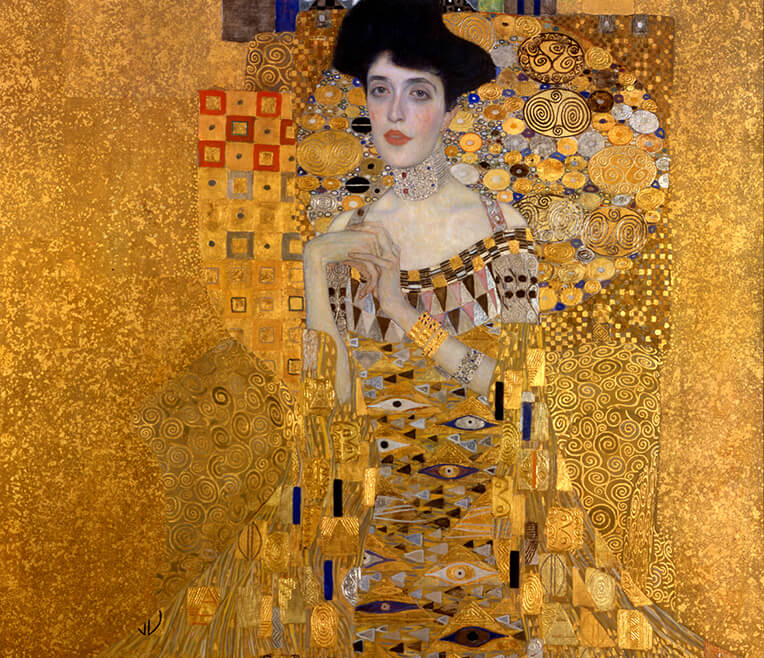 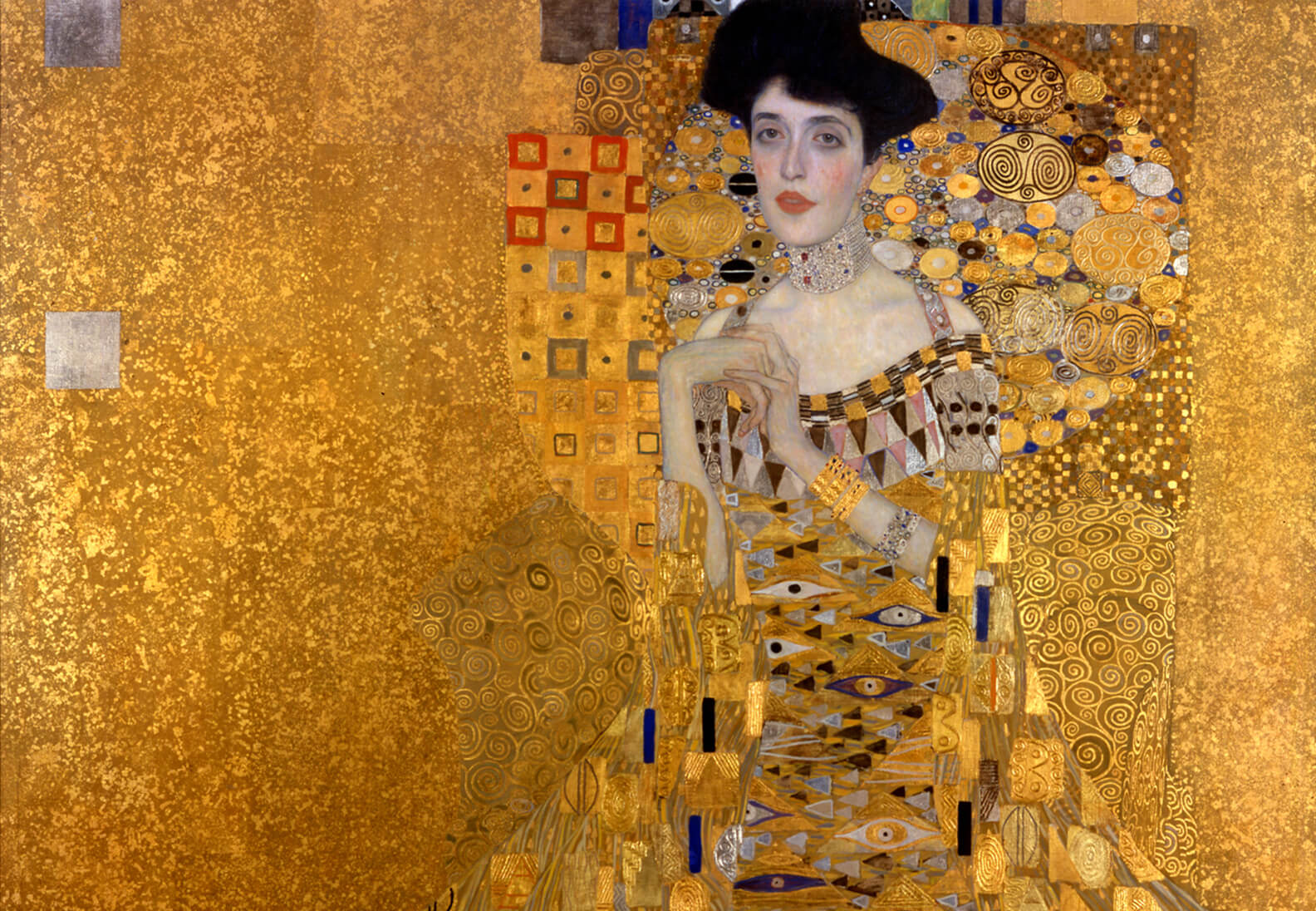 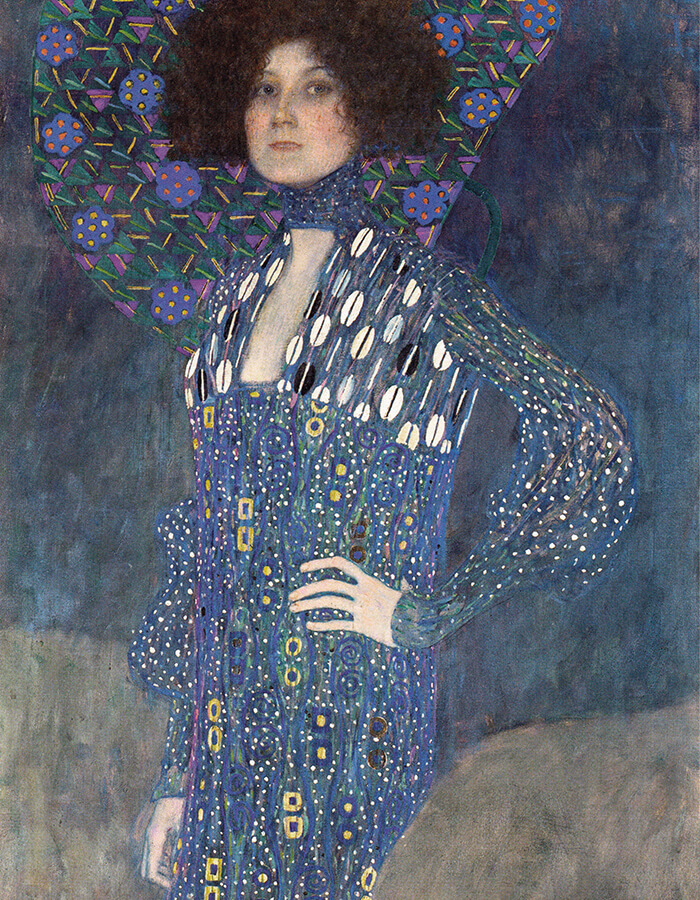 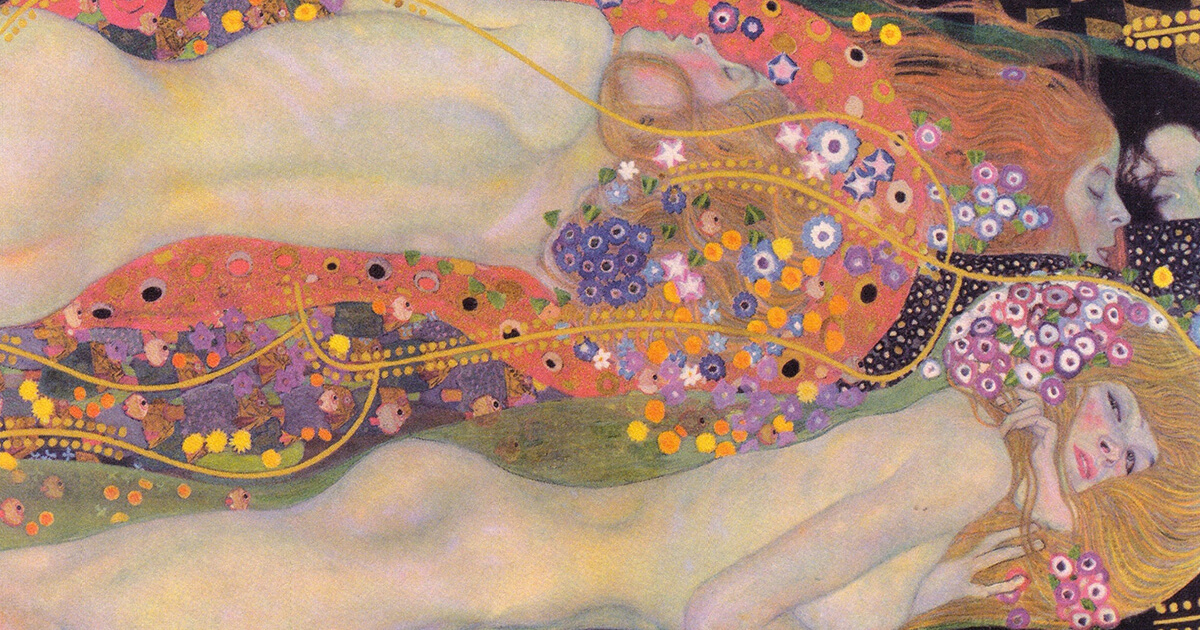