Come with us and writer Michael Neubauer and take a look behind the scenes of our title painting »Venus und Mars« (ca. 1483) by Italian Renaissance painter Sandro Botticelli in sisterMAG 50. Read more about the background and origins of the painting and the re-interpretation of the underlying myth in literature and film.

»You’ll have a hard time guessing who’ll be the next to marry after you. It is Goethe, who loves a lady in Bohemia. The girl is infatuated with the Privy Councillor. (…) I hope that Goethe will not act unwise at the age of 74.« (Charlotte Schiller in October 1823) (5)

Is there an age for love? I don’t think so. Love has been a central topic for all of humanity, along with power and influence. Since the 4th century B.C., the daughter of Jupiter and mother of the »divine« Aeneas was called »Venus« (Greek Aphrodite) and worshipped for her love and feminine grace. Always accompanied by Amor (Eros), she gave her affection to the old Italian war god »Mars« (Ares), father of Romulus and Remus, the symbol of all masculinity and protector of the state. Plenty of material for mythical interpretations in literature and art!

»Venus and Mars« was painted by Sandro Botticelli around 1483. The Florentine Botticelli was an important figure of the early Italian Renaissance. Renaissance means rebirth, in this case of antiquity. Man is once again placed at the centre of artistic creation.

It’s a large work – 69 cm high and 173 cm wide – painted with oil on wood. The painting stretches the viewer’s gaze. Venus and Mars lie in the front plane, filling the entire width. There is a strong contrast between the alert Venus, covered in a precious dress, and the completely stripped Mars, in shame, covered only by a cloth. Does superiority here stand alongside weakness, harmony against confrontation? The facial features of Venus are smooth, with little character, and certainly not related to a specific person. Nevertheless, one’s gaze first wanders to her open, awake face. Mars, on the other hand, has his eyes closed, head tilted backwards, with lips pleasurably open. Is he dreaming, perhaps, about their romance? This is where the opinions of experts diverge – is the scene pre- or post-love? (3)

In addition to the two god figures, four small mythical beings stand out, three of them behind Venus and Mars. They grip Mars’ lance, a line that directs the transverse course of the picture. Their quick-moving faces reveal their knowledge about the two lying in front of them. The left satyr carries the bottom of the lance, his face hidden by Mars’ polished helmet. The middle one’s childish face flashes a mischievous smile as he grasps the lance. The right jack is perhaps the most important one. He blows air through Mars’ conch into his right ear, but why? Is he sending a secret message from Venus to awaken him? Meanwhile, a fourth faunal mythical creature is pictured in the bottom right of the frame. Clad in armour and holding the handle of a sword, he hints at the warlike nature of the God lying above him. Several wasps buzz around the head of Mars and are seen by historians as a reference to the Vespucci family in Florence, whose coat of arms they form. (3) The background of the picture is a calm, flat landscape that merges into a mountain range, certainly the Apennines near Florence, on the horizon.

The original hangs in the National Gallery in London.

Piero di Cosimo created a painting of almost identical composition around 1505 with »Venus, Mars and Amor«. His work can be found in the Gemäldegalerie in Berlin.

The clients of the painting cannot be proven with certainty. Was it the famous Medici family or the Florentine Vespucci family? Was it to crown a wedding or was it only meant as a »triumph of peace over war«? (4) Historians agree that it could best have served as a mobile display or wall decoration on suitable occasions. In any case, there is agreement regarding the statement of the painting: »The victory of love over violence.« (3) An eternal ideal.

Throughout this sisterMAG issue, we explore various examples of how the »Victory of Love Over Violence« has found its way into literature.

Ulysses was a heroic warrior in the Trojan War. Victorious, he set sail to return to his kingdom, wife, Penelope, and child, Telemachos, on the island of Ithaca. Ongoing battles, inclement weather, and other adversities delayed his imminent arrival for years. Meanwhile, native suitors pressed Penelope for love and favour. However, she remained firm in keeping her once promised loyalty and love for Ulysses and waited for him – with success!

The Prussian Major von Tellheim was already disgraced before the end of the war because he had not behaved »Prussian« enough in occupied Saxony. On the contrary! He had found favour with the young, beautiful Saxon noblewoman Minna von Barnhelm. They demonstrated their love to the outside world through an engagement. Financial worries forbid him a wedding, and so he reluctantly withdraws. With charm, cunning, and reason, Minna succeeds in winning him back.

With this comedy, Lessing writes a typical work of enlightenment. Minna is not passive but a self-confident and self-interested heroine who guides love to victory.

Josephine’s life with Napoleon was portrayed in 32 films. Needless to say, the list of prominent actors and actresses in these roles is abundant.

In 1794, Alexandre de Beauharnais, an officer of the Rhine Army and former chairman of the French National Assembly, died under the guillotine of the Jacobin terror regime. Left behind is his wife, Josephine. In 1796, she marries the much younger Napoleon Bonaparte, whom she knew from earlier years. She becomes Empress of France, he loves her more than she loves him, and the marriage remains without children. Their divorce therefore follows in 1810, since for her, there is nothing to gain maternally. Rich severance payments – she remains empress; money doesn’t matter – preserve her luxurious lifestyle. She resides in her castle estate, Malmaison, near Paris, and in the spring of 1814, she welcomes one of the victors of the wars of liberation, the Russian Tsar Alexander I. Through her continuing affection and love for Napoleon, who had meanwhile been banished to the island of Elba, she softens many a harsh verdict by his opponents.

The novel takes place during the transition between the 18th and 19th century near London. The Bennet family, belonging to the nobility but not wealthy, has five girls, who are to be married as status-consciously as possible in order to pre-program »pride and prejudice «. This is especially evident in the relationship between Elizabeth and Mr. Darcy. Elizabeth is a beautiful young woman – funny, smart, and self-confident. She doesn’t like the rich Mr. Darcy at all. He, on the other hand, doesn’t admit his feelings towards her, because she has nothing to offer materially. Confusion, intrigue, further young gentlemen, which inflict girls’ hearts, above all also that of the mother, let Elizabeth’s virtues, beauty and joie de vivre, increasingly win over Mr. Darcy. He falls in love with her. But she refuses to marry him. They both realize that false information, foolish reactions, and repeatedly arising questions of status stand between them. Only slowly does Elizabeth recognize Darcy’s sincere character. This feeling gives her the strength to resist the hostilities of his family, to fight for him, and to finally say »yes« in answering, »Will you marry me?«

Jane is a simple woman in the 19th century, independent with a strong will. She works as a governess for the ward of a single gentleman, Edward Rochester, who initially takes little notice of her. She falls in love with him. He is attuned to strange incidents, a fire in the house, and accidents for which she is responsible. He asks for her hand in marriage, but it doesn’t happen. For years, he had hidden his schizophrenic wife in the attic room. Jane flees. Finally, her affection for Edward triumphs and she returns to the old but burnt down home after further peculiar events. Edward has gone blind in the meantime, but her determination and great love bring them together as a couple.

In 2011, a biography of the duo was shown in a television film.

In 1885, Carl Benz put the first practical automobile, Benz Patent Motor Car No. 1, on the road. He drove, in disbelief, and rather skeptically eyed by those who described it as a »carriage without horses«. After studying mechanical engineering at Karlsruhe Polytechnic, he founded his first mechanical workshop in Mannheim in 1871. This was made possible by the love and financial contribution of his girlfriend, Bertha Ringer, whom he married soon afterwards. Bertha had her dowry paid out early and helped Carl to get started. The costs for his goal to develop a two-stroke engine were high. The company had to be transformed into a public limited company in order to gain capital. The road was rocky, especially as everyone involved in the company remained skeptical. »Only one person waited next to me in those days when the downfall was about to begin. That was my wife. Bravely and courageously she raised new sails of hope«, he said. (1)

In true marketing fashion, it was her who drew attention to this technical innovation by driving the Benz Patent Motor Car No. 3 from Mannheim to Pforzheim and back over a distance of more than 100 km, paving the way for the automobile’s future. Carl and Bertha Benz had five children and lived in Ladenburg am Neckar.

Love, perhaps the most beautiful relationship between two people, can move mountains, and defeat violence and conflict. But love also has the power to create collisions, dissonances, and hostilities. Antiquity also provides examples of this: Cleopatra and Caesar, and eventually Cleopatra with Marc Antonius. Let’s choose the right love! 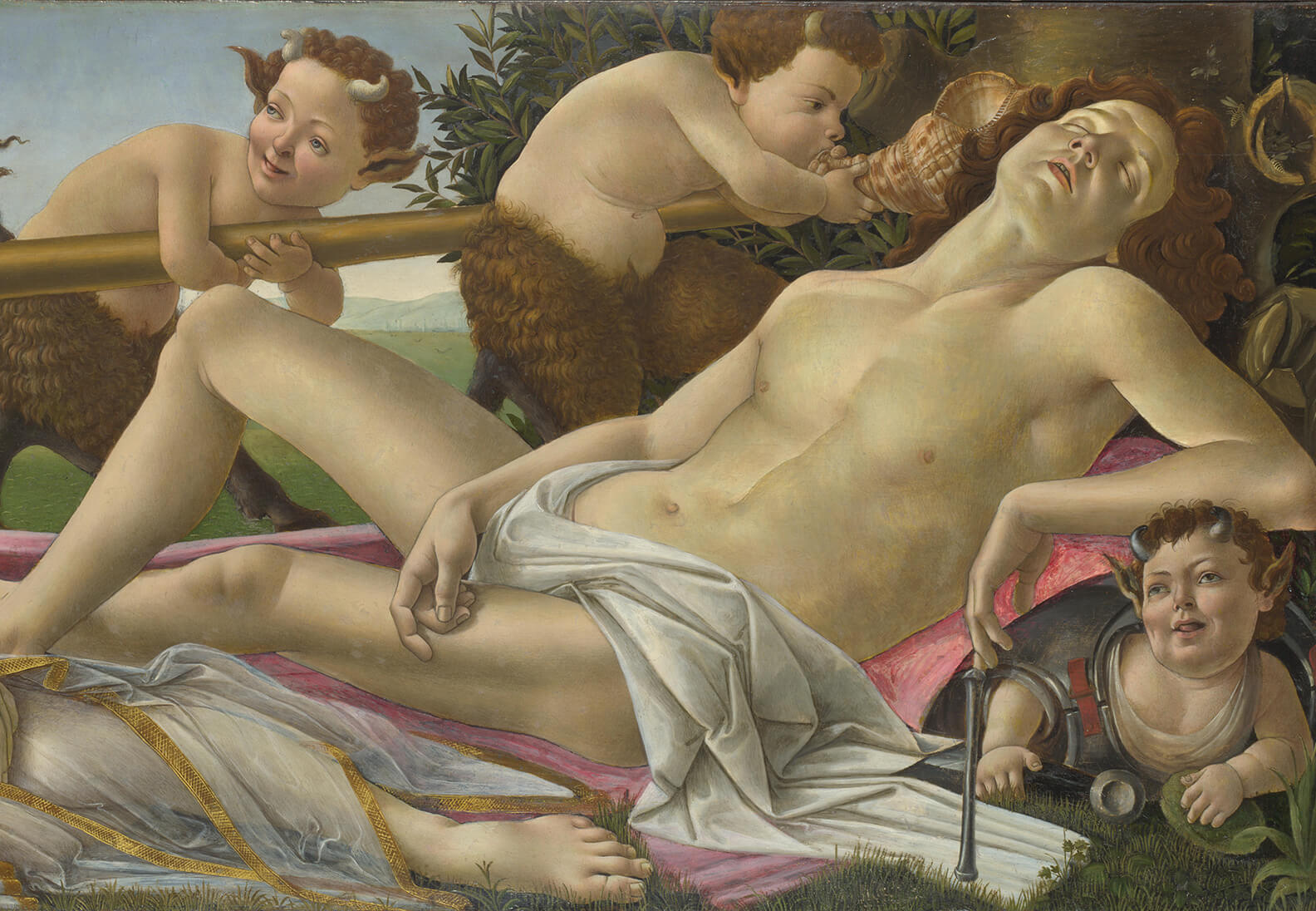 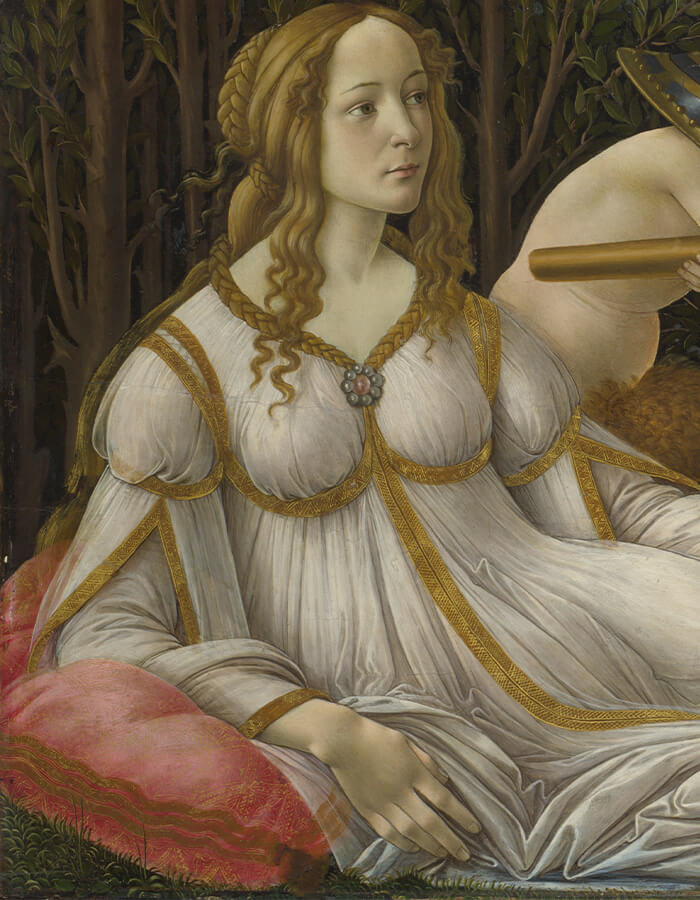 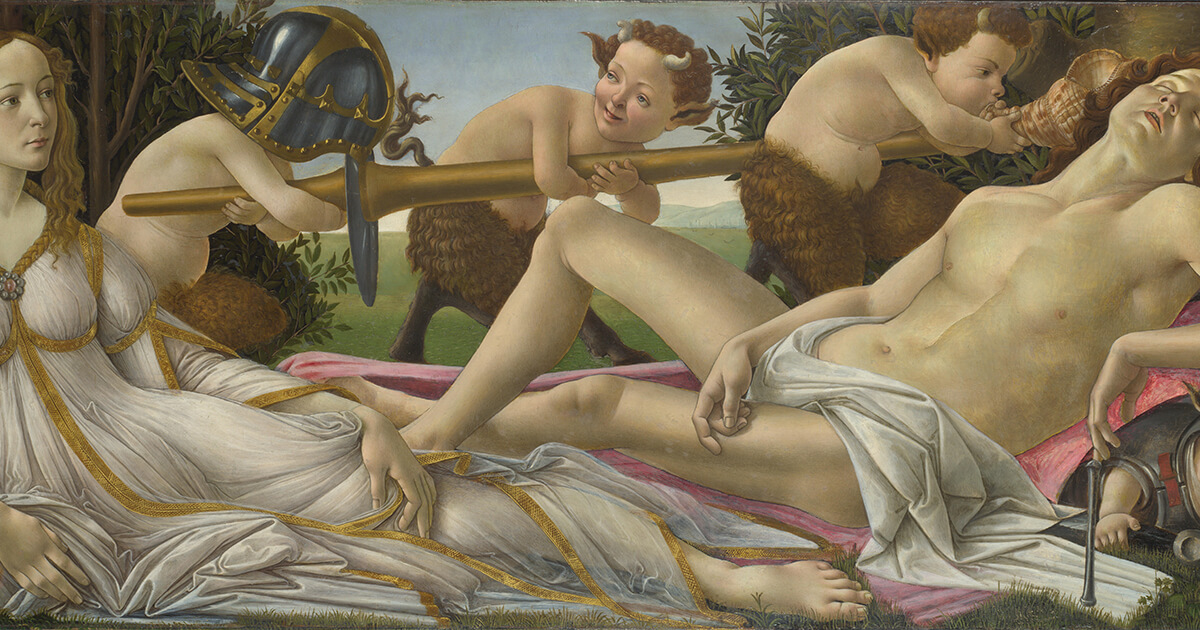