No other region of Europe experienced a flood of paintings due to economical and societal circumstances like the Netherlands during the 17th century, the golden age. Even farmers became collectors, although quite a few world-renowned artists had to open pubs or sell tulips to make a living. Art historian Robert Eberhardt about a special century.

How a century of generations went crazy for art

Economic and societal conditions in the Netherlands during the 17th century led to an unprecedented flood of paintings. Even farmers turned into art collectors while several world-famous painters had to run inns or sell tulips to make a living.

An overview of Dutch painting of the golden ages

Every national history of art has crowned a certain time period as »golden«. The reign of Sun King Louis XIV in France, Weimar Classicism in Germany, and Italy’s renaissance years with Leonardo, Michelangelo, and Raffael come to mind. The Netherlands’ equivalent is the  Baroque era. Over the course of the 17th century, the small northwestern European country became central to world politics with its perfect location for commercial shipping. This brought a wave  of scientific innovation, liberal movements, and religious tolerance, which were boosted by capital and public appreciation for art. Artists produced for an increasingly wealthy society that demanded fantastic works. Art history usually avoids focusing on the rigid borders of nationally defined cultural spaces but nonetheless, the phenomenon of the „Dutch Golden Age“ can be seen as a unique accumulation of ideas, pictures and art.

When visiting bigger galleries, most visitors follow the indicated paths that leads to the well-known masterpieces – and thus also subscribe to the idea that there are few outstanding pieces aside from those that are worth the most. Names that have become global brands draw more visitors than the actual aesthetic features of a painting. Supported by blockbuster exhibitions and narrow-minded teaching of art, this becomes a truth for every piece of art from the old masters to modern art. But most of us will have also experienced the following phenomenon: on the way to a famous painting, someone stops as their eyes are drawn to a still life with flowers and tiny, realistic insects; a still life with oysters and half-peeled lemons or portraits that feature intricate lace gleaming in front of heavy, dark fabrics. Those paintings convince with a unique kind of craftsmanship, perfect composition, and the inexplicable rules of timeless art. They are remnants from the height of art: the Dutch Golden Age.

Widely defined, this term is applied to the entire 17th century in the Netherlands, Where economy and an appreciation of art converged. Around 1650, more than 70,000 paintings were painted in a single year. This number alone proves the huge public interest in art, which was unprecedented at the time and remains unrivalled today  g. It also became common to invest in art. During those years, art was not for the opulent elite but rather common. Small tradesmen, officers, craftspeople and clerks could show their increased social status by purchasing art. Even farmers participated by buying intricately carved boxes, turning works made from wood and elaborately decorated beds. This also increased the general understanding of art, justifying the term »Golden Age«.

Many studios also functioned as  workshops as painters specialised to work in a variety of  styles: portraits, historical paintings, still life, nautical motifs and more. New forms of painting were established, like genre pictures and landscape painting. The buyers wanted to see their well-known surroundings immortalised beautifully and flatteringly in paint. Every self-respecting citizen had their family portrayed by a painter. Only one genre remained less popular: traditionally religious paintings were avoided by the newly reformed and proudly rich Dutch.

Still life works were most popular, featuring elements of perishable nature like rotting fruit or symbolic items of fragile life and death like blown-out candles. They follow the baroque theme of »memento mori« and remind of the inevitable ending of all wealth and power: death. There are way too many great painters from this period of time to even attempt introducing them. If you want to get an idea of what the »Golden Age« really was about, I recommend  opening your eyes and feelings to paintings in museumsmade by artists who managed to turn rather banal motifs into world-famous paintings and were elevated to the ranks of eternal masters: Willem Claesz Heda and Willem Kalf for still life, Jan van Goyen and Jacob van Ruisdael for landscapes, Jan Steen for satires of farm life, Frans Hals for potraits, Emanuel de Witt for paintings of architecture, Gerard de Borch for genre paintings, Willem van de Velde for paintings of ships, Jan van Huysum for flowers, Pieter Claesz for silverware, and Abraham van Beijeren with his oysters and lobsters.

The high demand for pictures turned painter’s guilds from a pretty addition within a community into a central element of urban economy. Already in the 16th Century there were more masters of painting and graphics in Antwerp than butchers and bakers combined. otspots like Haarlem, Delft, Utrecht, Leiden, and The Hague boasted industrial revolution levels of output: every inhabitant owned 2.5 paintings and around 700 Dutch painters produced  around 100 paintings each in a year. Less than ten percent of those have survived as part of private and public collections.

The price of a painting was incredibly low during this flood of art. Some craftsmen could afford to put around 60 paintings in their parlours, rivalling the collections of some museums. Many artists were affected by this: Jan Steen ran an inn (where he found inspiration for his portraits of society), Jan van Goyen sold tulips, and tax collectors, doctors, and carpenters  were among famous artists that can be found on today’s museums. Artists that could work across several genres like Rembrandt or Jan Vermeer were able to earn a living, but their mastery was only appreciated much later. As per usual, the most profitable market was the one catering to the needs of aristocrats, states, or religious leaders that were situated in Flanders or even at the courts of Italy, France, and Spain, where the Dutch painters Gerard Dou and Peter Paul Rubens worked.

The most prominent museum showing off works from the Golden Age is the Rijksmuseum in Amsterdam, although plenty of these artists are present in collections around the world. 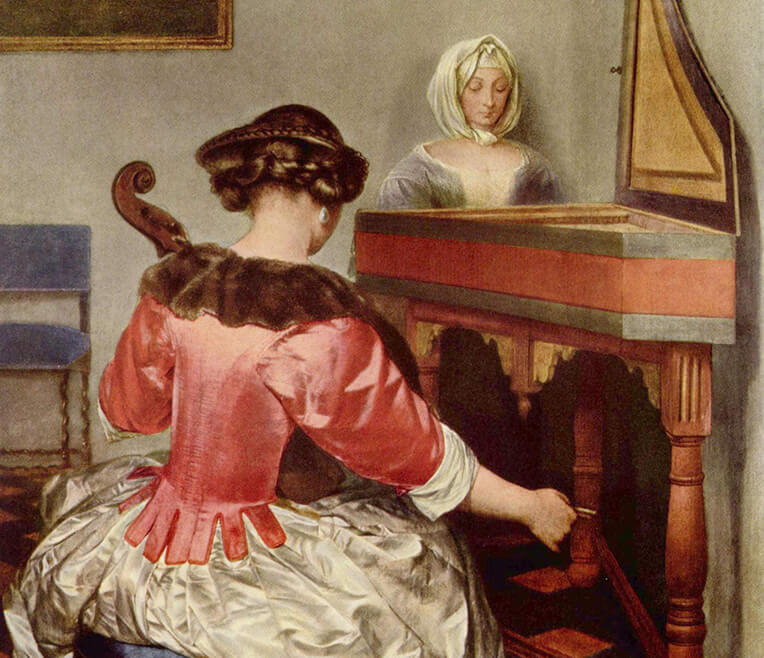 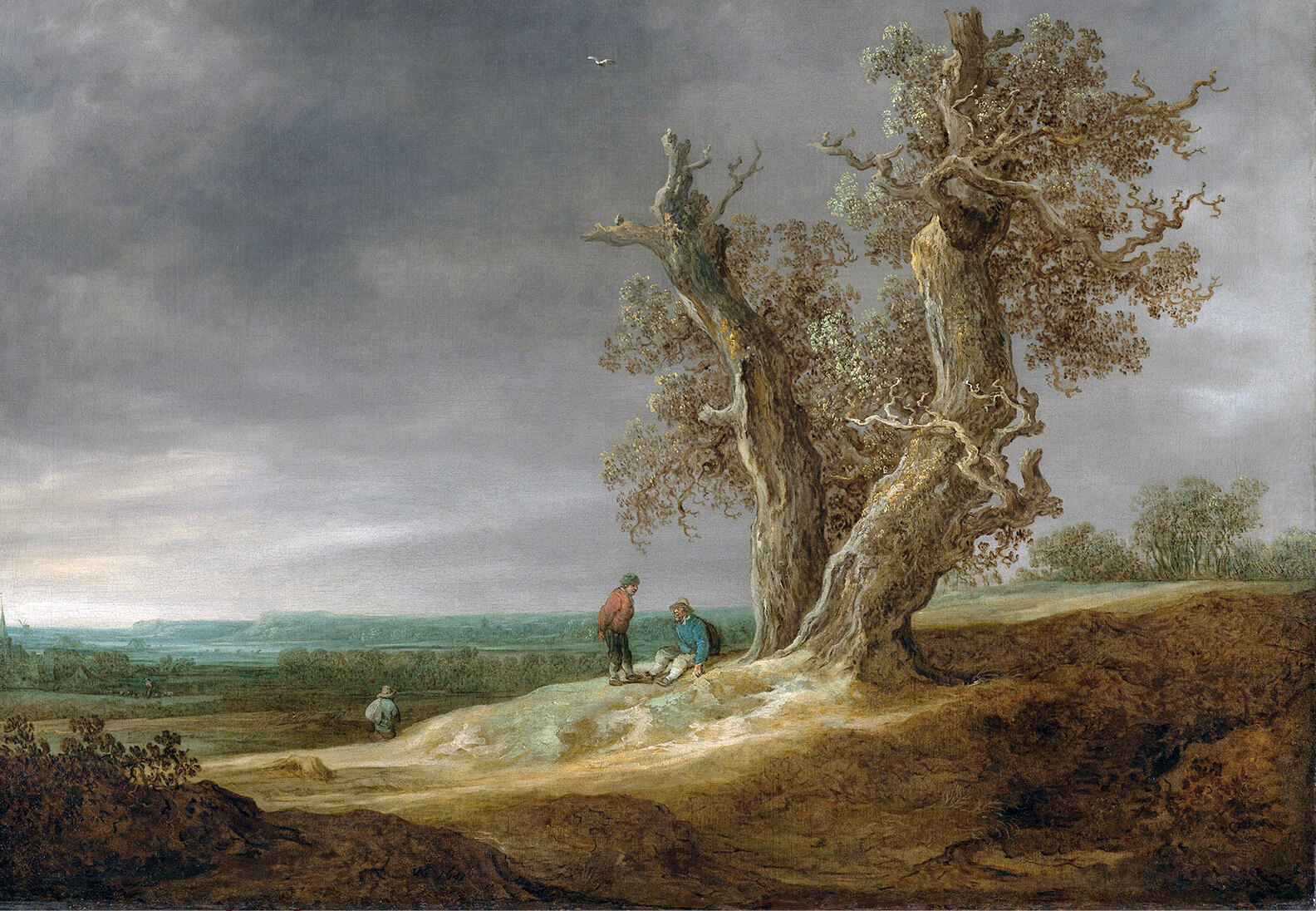 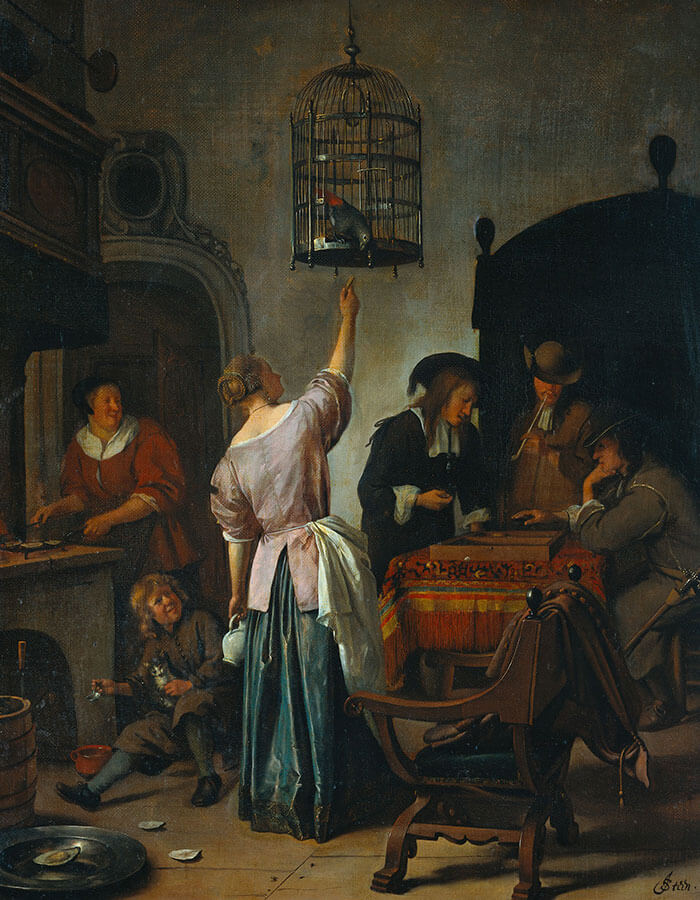 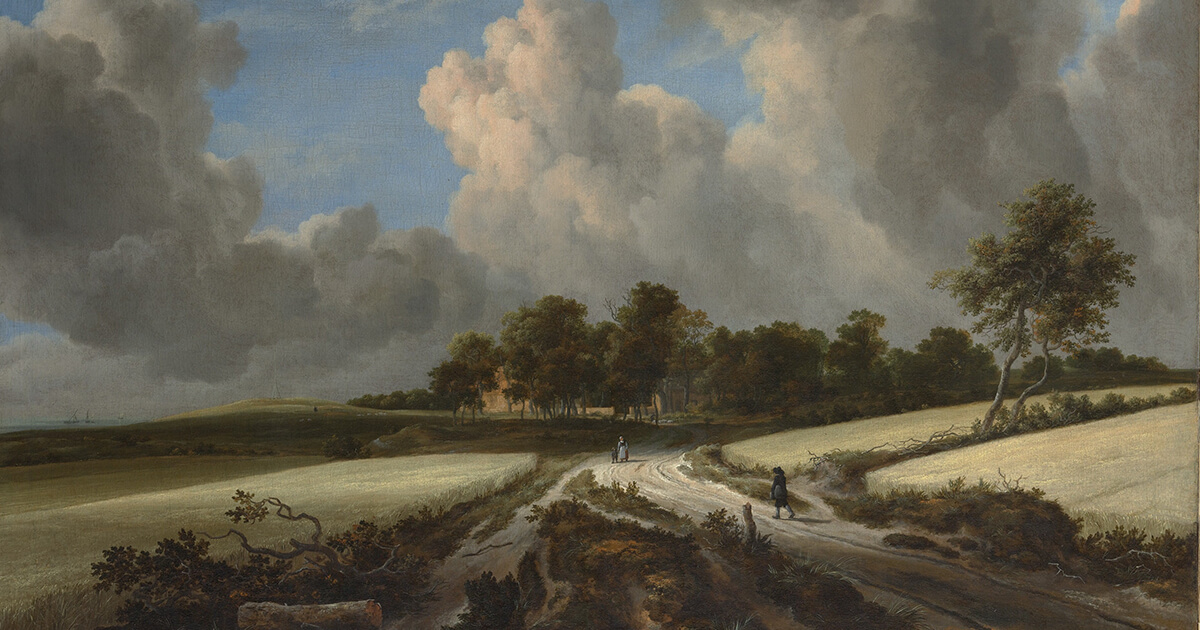