An Interview With Sculptor Emily Young

London-born Emily Young (* 1951) was named one of the UK’s leading living sculptors by the Financial Times, and her works feature in many public and private art collections. Read more about the relationship her grandmother already had with Rodin and how the former muse of Pink Floyd works artistically in this interview by Caro from the sisterMAG-team in this latest sisterMAG issue.

Even in the 21st century, there are exciting artistic positions in sculpture that carry the influence of Rodin, such as London-born Emily Young (* 1951), who was once the muse of Pink Floyd and is now represented worldwide with her work in public and private art collections. She was ranked among the leading living British sculptors by the Financial Times. She currently lives alone in a monastery in the Tuscany where she realizes her bizarre and exciting projects, among them the latest project »Weeping Guardians«, which includes 12-ton sculptures lowered on the Tuscan seabed, to prevent spreading illegal trawling along the coast. It’s art as a political statement.

In this issue of sisterMAG, Emily tells us more about her artistic work and career.

1. Dear Emily, tell us a little bit about your career. When did you first encounter art?

I come from a family of writers and artists. My uncle Peter Scott was a wildlife painter and a conservationist. He spent a vast amount of time watching and painting bird life in the wilds. My grandmother was a successful sculptor, who worked with Rodin in Paris in the early 1900s. She worked mainly in bronze, like Rodin.

2. What do you associate with Auguste Rodin?

Brilliant figurative drawing skills, a fabulously light touch in his modelling, a truthful eye, and a ferocious energy, to tie these skills together and make a new more honest way of representing the human form and achieving a hugely successful career.

3. How would you describe your own style? How do you work artistically?

After moving from painting to stone carving, in London, in 1980, and having found that stone was seemingly what I needed to make full use of my energy, I then had to find out why that was so, what was actually happening when I addressed a piece of stone.

I found the material so hard, so obdurate, so magnificently unimpressed by my feeble efforts to change its form, that I felt that my only way forward was to listen to stone, watch where it led me. Out of that came the idea of being the servant of the stones stillness, its ancientness: the story of its creation was also the story of creation of life on earth, the history of the creation of the planet, the solar system, the galaxy, the universe. Thus my invited intervention into something so much more ancient than humans seemed to have a powerful directive, to show how the beauty of each stone in fact shows and carries the full beauty and mystery of the Creation.

This practice is now my life, my effort to serve the needs of the planet and the biosphere.  I am also aware the stone carvings will endure into the future, and when we are long forgotten, they might be another small record of us. Part of the conversation between humans and the planet, into an utterly unknowable future.

The stone is our ancestor: we are stones children. We can touch for a second deep time, deep space, by remembering the history of our planet, our tiny blue home.

So I carve the human head, female torsos, (abstracted), and discs, lunar and solar.

The heads are often full of Buddhistic quietness, inviting a thoughtful, contemplative, reflective response from the viewer.

To participate for even just a second in an understanding of how recent human life is on Earth, 200,000 years, and how long is the universe, 14.7 billion years, with another 17 billion odd years to go, hopefully brings some humility and awe.

I imagine these carvings to be the embodiments of a consciousness where we can become true servants of our mother planet, her guardians rather than her despoilers.

As though she is a temple, and we are her devotees. For me that would bring meaning to all human life, and honours all who share the planet with us.

So, ultimately I want to have no style as such, just to show that art cannot be seen any longer as a neutral space for ideas and formal imaginings: it can enter into the minds of people and feed the spirit that needs to help our planet, now. Recent art has been largely providing infantile playthings for the rich. That is unconscionable now.

4. Where and when will your work be exhibited in the near future? 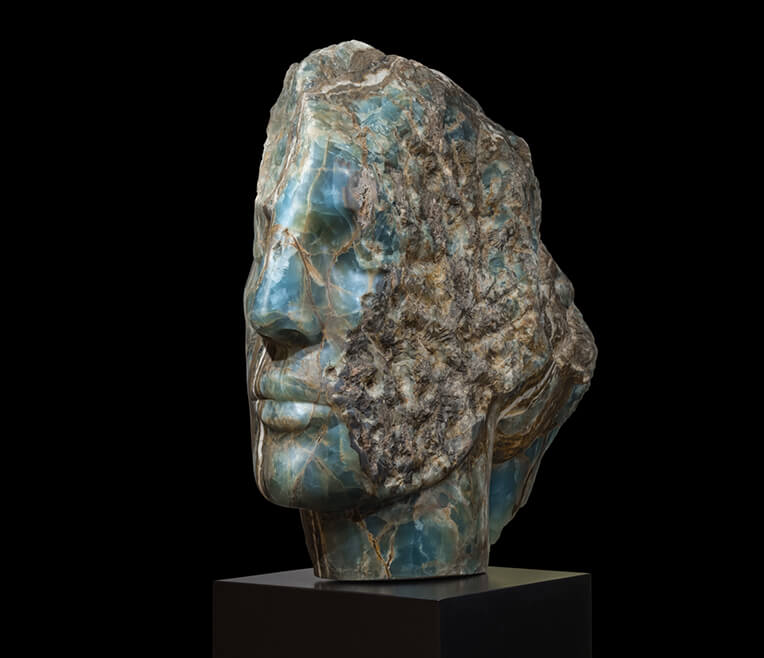 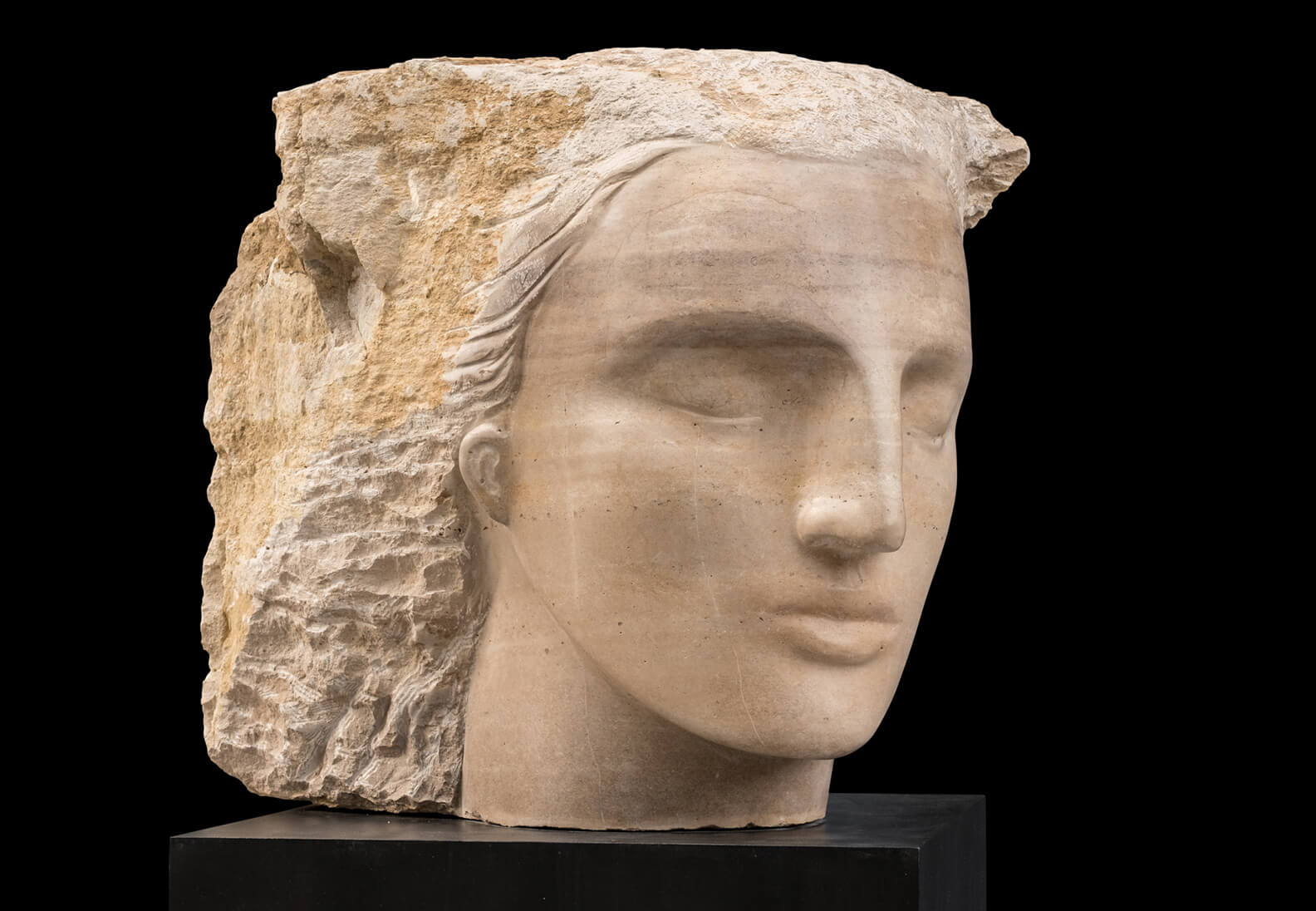 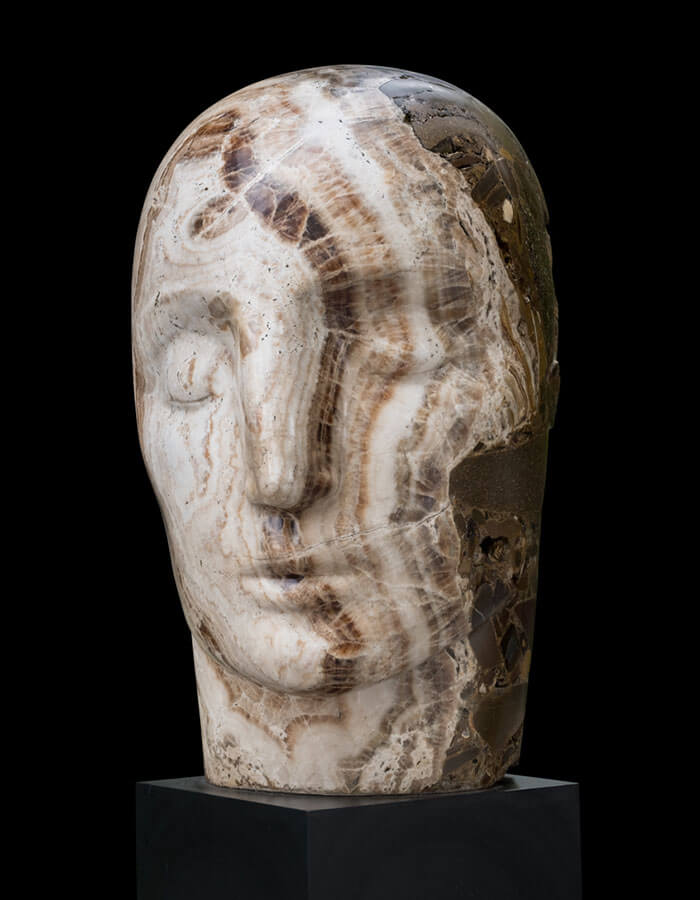 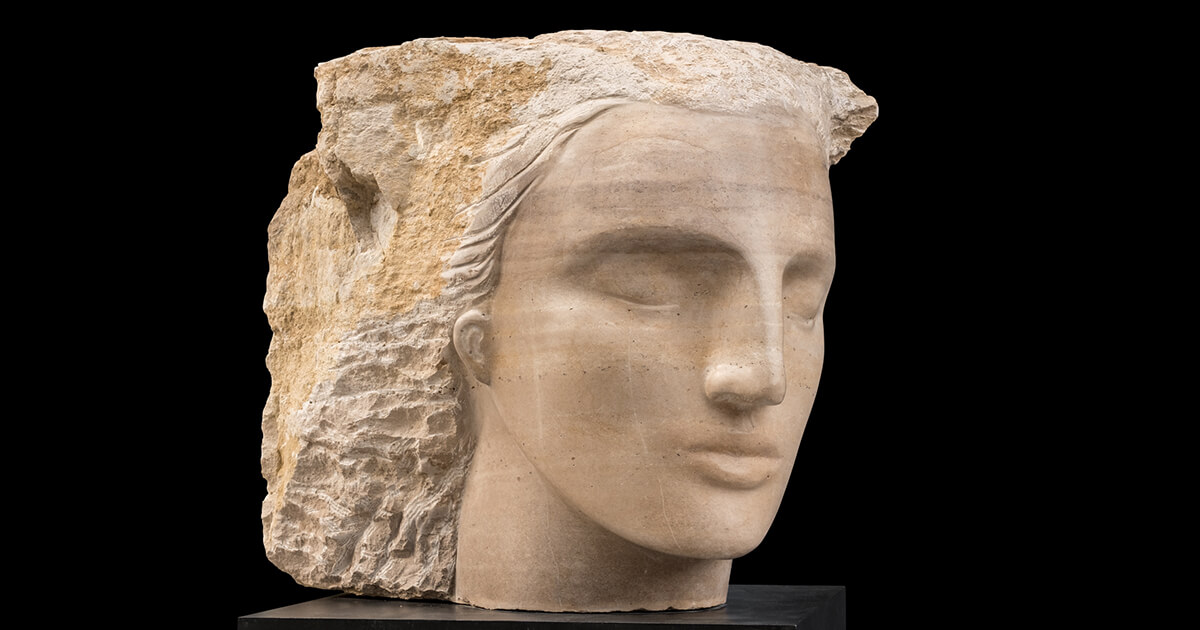