Interview with FRAC about experimental Art in Spain

We stay in France, but the artwork of sisterMAG N°45 originates in Spain. The FRAC Centre-Val de Loire in Orléans is currently showing the exhibition »Madrid, October 68. The Spanish experimental scene«, which deals with experimental art from Spain in the 1960s and 1970s. The piece of art»sans titre« by Abel Martín that was the inspiration for our sisterMAG is a computer-generated screenprint from 1974 and can be seen in this exhibition. sisterMAG team member Caro learned more about the contemporary institution, the exhibition and the artistic work ofAbel Martín in an interview with FRAC’s director and curator, Abdelkader Damani. Read the whole interview here!

For this issue, our base remains in France, while our artistic focus moves on to Spain. The FRAC Centre-Val de Loire, an institution that combines contemporary art with architecture, is currently displaying an exhibition dedicated to the experimental art scene in Spain during the 60s and 70s. Our title work »sans titre« by Abel Martín can also be admired in this show. An interview with the director of the house and curator of the exhibition, Abdelkader Damani, gives you an insight into the work of the museum and background information to the exhibition »Madrid, October 68. The Spanish experimental scence«.

First off, a general question: Could you tell us more about the FRAC Centre-Val de Loire? When was it founded and why, its mission, what it exhibits.

FRAC was founded in 1982, as part of the decentralisation policy in France. A cultural convention between the State and Regional Councils implemented a Fonds Régional d’Art Contemporain (Regional Contemporary Art Fund) in each of France’s regions. This initiative enabled each region to fund a collection representative on national and international level that could stand for the tendencies in contemporary art.

In 1991, the FRAC Centre-Val de Loire opted for an atypical collection and decided to incorporate contemporary art in experimental architecture, from the 1950s to the present day. With its international dimension, its collection includes seminal projects of the architectural avant-gardes of the 1960s and 1970s, known by the umbrella term “radical architecture”.

Today, the FRAC Centre Val de Loire’s collection includes some 1,000 artworks, 900 architectural models, and more than 17,000 drawings, as well as many architects’ collections. It represents over 231 architects and 212 artists. This collection forms a unique heritage of experimental architecture of the last fifty years linked with artistic creation, rivalling the world’s greatest architectural collections (Centre Pompidou-MNAM in Paris; MoMA in New York; CCA in Montreal; DAM, Architectural Museum, in Frankfurt).

The FRAC Centre-Val de Loire is based on three axes: ensuring a proximity to contemporary art and audiences across the Centre-Val de Loire region; building a collection of contemporary art that, in the case of FRAC, questions the relationship between art and architecture; and building the landscape of architectural innovation from 1950 to the present day. The third axis is to explore associations with European geohistories in order to redefine readings and rewriting of art history from Africa, Latin America, Asia, etc.

Could you tell us more about how the current exhibition, »Madrid, October 68« came about? What inspired you to hold this exhibition?

The Centre-Val de Loire FRAC collection is deeply rooted in the 1960s and 1970s and covers the territories of Italy, Austria, the United Kingdom and France. This scene remained on the sidelines of history due to the effects of the Spanish political situation, Francoism from  1939 to 1977, which ignored artistic encounters with innovative scenes around the world.

A focus on Spain was missing within this European landscape. In 2015 (at FRAC), we led with an in-depth study of Spanish artists and architects. With the help of Monica Garcia Martinez, architect and a professor at Valencia Polytechnic University, we tried to link their work to the principles of radicality, the experimental dimension or the prospective insight, which enlivens our collection.

Two exhibitions emerged from this research, the first at the Orleans Architecture Biennale in 2017, which brought together two generations of artists from the 1960s and the present one from the 2000s, the second is this exhibition around the Centre de Calcul in Madrid.

Could you explain to our readers what makes the Spanish experimental art scene different to others in 1968?

Again, the Spanish political situation under Francoism during that period complicated free artistic expression. Within that context, the innovation of the computer centre lay in the ability of its then director Mr Florentino Briones to open the centre to all disciplines beyond basic or applied research.

The seminars became spaces of freedom and experimentation. The machine, the computer donated by IBM, was in its beginnings and the work around the capacities of calculation of the computer fed as much the creation, in a systematic approach, as it increased the analytical understanding of the operating possibilities of the computer.

But it must not be forgotten that any painting, sculpture, artwork, drawing, video, installation drawn from the long creation process of an artist (any discipline combined) represents nothing but a moment of research by the creator in question.

How is your exhibition thematically structured? Why did you make this decision? How does it affect the visitors perception of the works and understanding of this movement?

The exhibition is divided into three chapters. The first hall introduces the origins of this adventure and attempts to synthesize the work of the poet Ignacio Gómez de Lianio. The second chapter is designed to explore two parallel paths: automatic generation of architectural spaces on the one hand, and analysis and automatic generation of plastic forms in the other hand. The conclusion of the exhibition is dedicated to the work of José Luis Alexanco with MOUVNT (1971) and Solitude Interrumpida created with Luis de Pablo.

Finally, the artwork »sans titre « (Untitled), 1974 by Abel Martín is the thematic starting point for our February issue of sisterMAG. Could you tell us something about the artist and his work? Why is he part of the exhibition? How does work play a part in this scene and what makes him and his work stand out?

Abel Martín is among the pioneering artists of artistic silk-screen printing in Spain, a skill that he learned in Wilfredo Arcay’s workshop in Paris during the 1950s. Abel Martín created silk-screen prints for many artists, in particular, Eusebio Sempere.

At the end of the 60s, he took part in the Seminar of Analysis and Automatic Generation of Plastic Forms at the Computer centre, where he worked on serigraphy and lithography.

Abdelkader Damani has been the head of the Frac Centre-Val de Loire since 2015. He trained in architecture at Oran (Algeria). Upon his arrival in France in 1993, he studied art history and philosophy at the University Lyon 2 and Lyon 3. After being in charge of art and architecture projects at the »Centre Culturel de Rencontre« of la Tourette (designed by Le Corbusier), he was head  of the »VEDUTA« program at the Biennale of Contemporary Art of Lyon from 2007 until 2015. In 2014, he also co-curated the Dakar Biennale (Our Common Future, DAK’ART 2014). In his capacity as director of the Frac Centre-Val de Loire, he carried  out the first Biennale d’Architecture d’Orléans in 2017. In 2019, he will assume the role of general curator of the first Bienniale of Rabat. 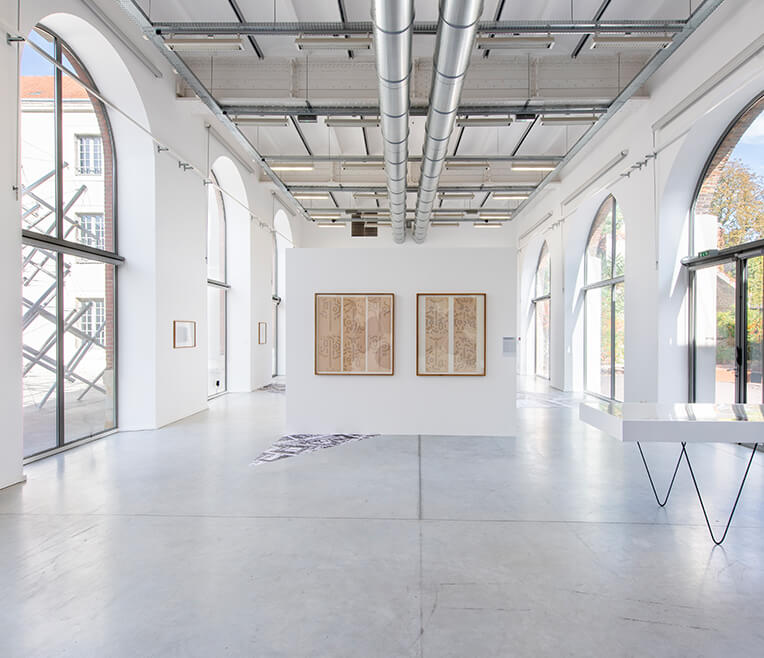 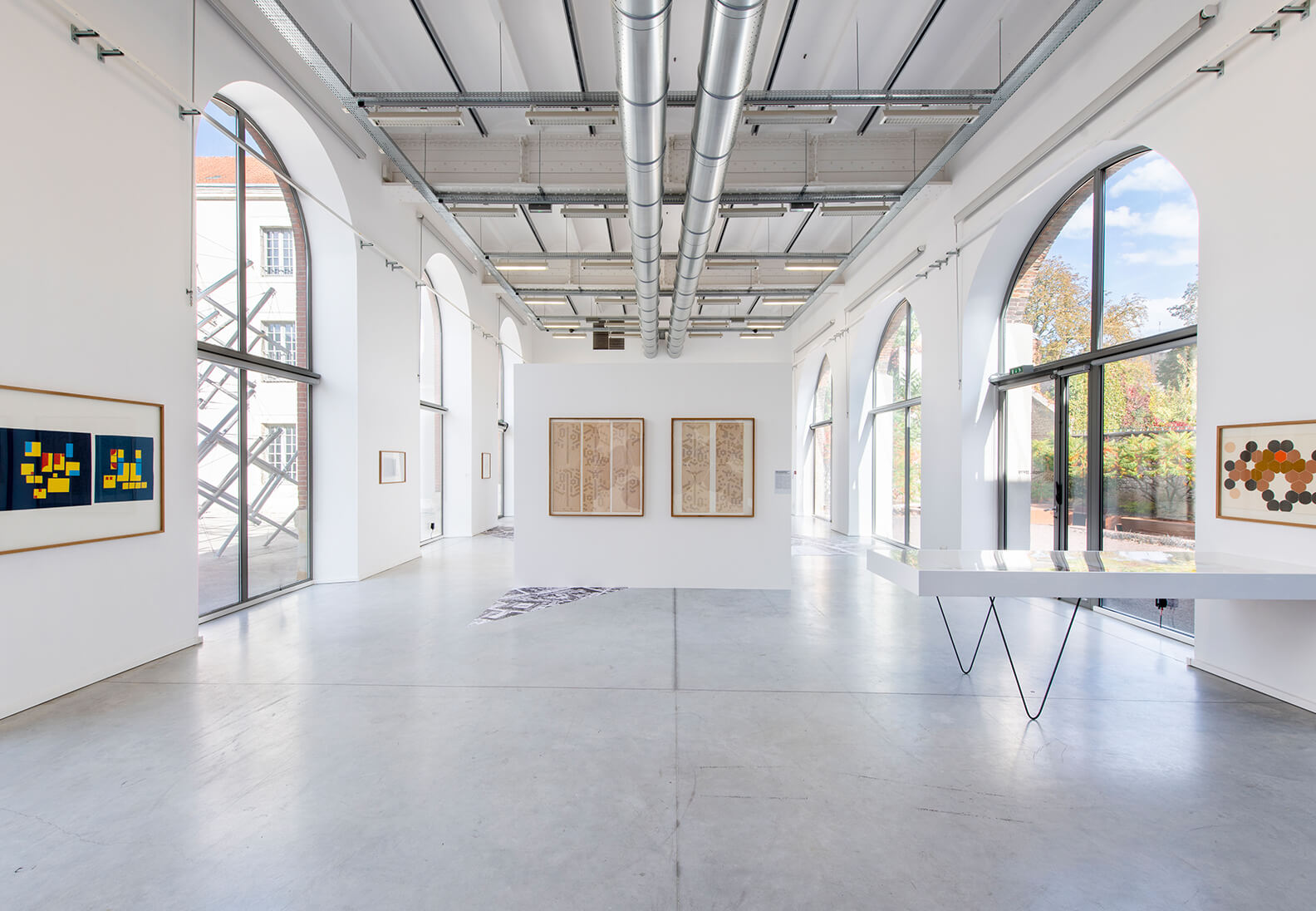 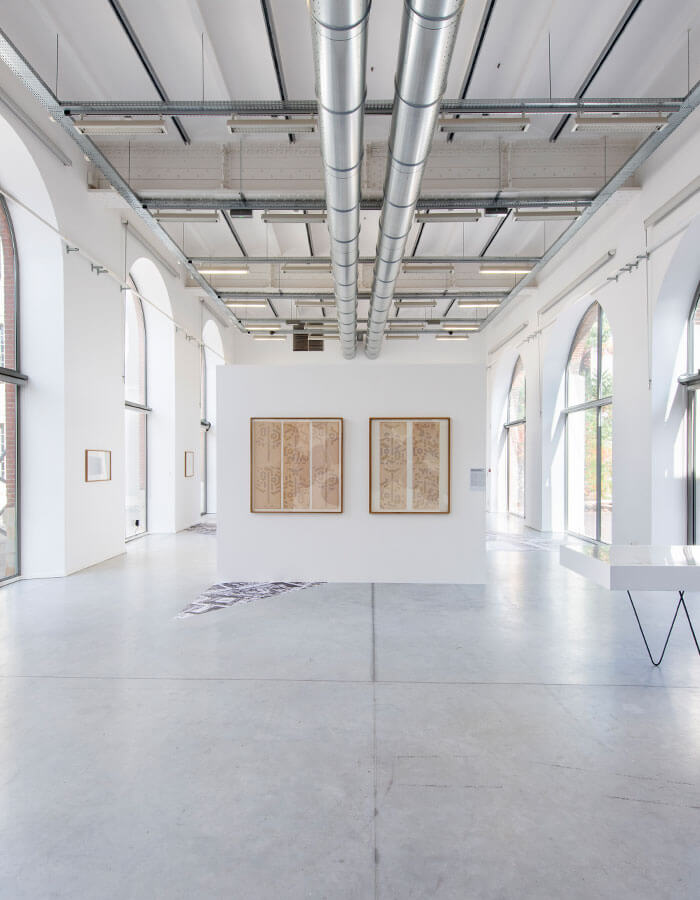 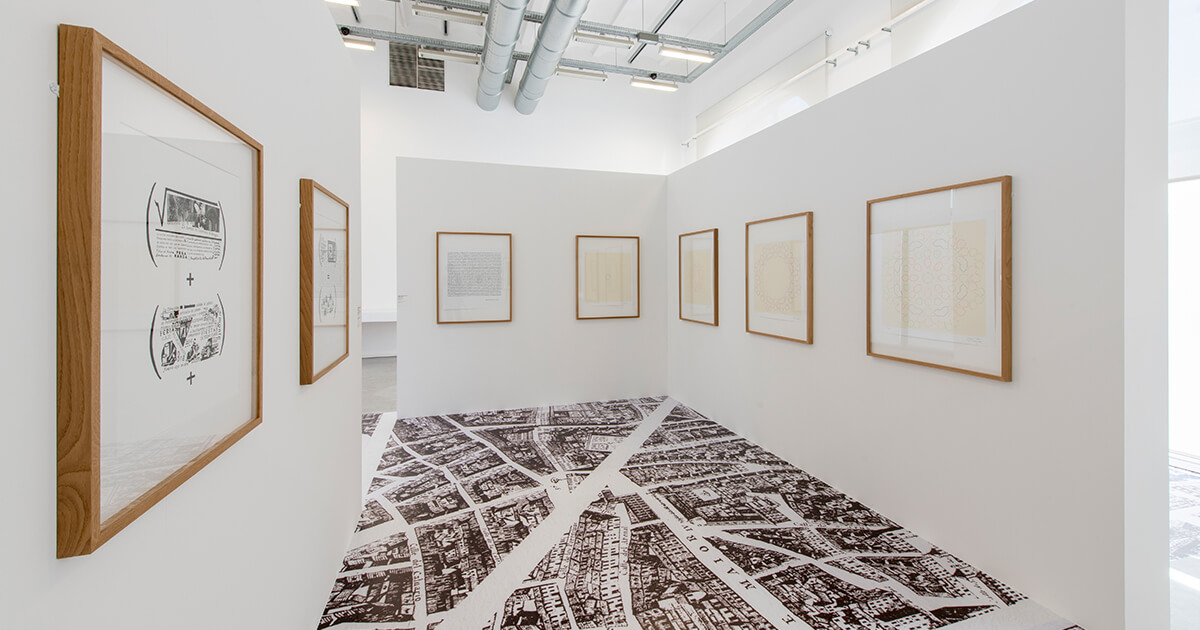