With the famous »Thinker« by Auguste Rodin (1840 – 1917), the title artwork of this sisterMAG issue, we are on the threshold of the 19th and 20th centuries and the emergence of modern sculpture. Learn more about the work of Rodin and the »Thinker« in this conversation with the conservator and Rodin-expert Astrid Nielsen of the Albertinum in Dresden which owns numerous of Rodin’s sculptures.

A conversation with the conservator and Rodin expert Astrid Nielsen

From modern art in Spain in our last issue we take a small leap back in the history of time in this sisterMAG issue, back to the threshold of the 19th to the 20th century and take a closer look at the founder of modern sculpture: Auguste Rodin (1840 – 1917).  A new medium always holds interesting new insights and developments in art.

The Sculpture Collection in the Albertinum in Dresden has numerous works by the French artist, including a version of the famous »Thinker« – the title artwork of the new issue. The conservator and Rodin expert of the house Astrid Nielsen has taken the time to answer a few questions about Rodin’s artistic work for the readers…

1. Who was Auguste Rodin and what characterizes his artistic work?

Auguste Rodin (1840–1917) was THE sculptor around the late 19th and early 20th century moving into contemporary art. As an artist, he shaped sculpting in the following century in a way that can be compared to Michelangelo’s influence during renaissance. Up until he was 40, it was very hard for him and his art to gain traction. Only when the state of France commissioned the »Gates Of Hell« in 1880 as the entrance to the new art museum, Rodin’s work really took off.
These »Gates Of Hell« were a huge work in progress, that he kept changing and readjusting, taking small pieces apart and putting them back together after exhibiting them as single pieces. Rainer Maria Rilke, who was Rodin’s secretary for a while, called the work »quarry of ideas«. This approach is typical for Rodin’s revolutionary art and his way of working. He usually created a scenic environment from which he then took pieces and made them autonomous art by taking away the original background story. This separation completely takes the sculptures away from their old setting. It shows that it wasn’t just his focus on the torso as an independent piece and his interest in unfinished pieces that made him the pioneer of modern sculpting that he truly was. The contextual openness and ambiguity of his work expresses emotion and subjectivity.

Inspired by Dante Alighieris (1265–1321) »Divine Comedy«, Rodin designed the »Gates Of Hell«, which he had been commissioned to do in 1880. Originally, the piece was supposed to be the entrance to a new art museum in Paris. In his writing about hell, Dante focuses on the world of the dead who have to pay for their sins – Rodin made his visions into sculptures. Many of Rodin’s later pieces originated from this enormous project, among them the »Thinker«. Originally, he had been made to embody Dante himself who was supposed to be reigning above the happenings of the Gate from a central position above everything else – the entire work even had the title »The Poet«. But as per usual, Rodin took him out of his environment and displayed him separately and even scaled him up to three times his original size. Today, the »Thinker« is the most famous sculpture made by Rodin and even one of the most famous sculptures in the history of modern art.

3. How many more versions of »The Thinker« are there and where are they?

In total, there are more than 25 colossal versions made from plaster stone and cast in bronze. They can be found in Paris, New York, Copenhagen, Cleveland, Detroit or Bielefeld.

4. How did the colossal sculpture of Rodin come into possession of your collection?

Our plaster-stone-version at the Albertinum was bought by the artist himself after »Große Kunstausstellung« (Great Art Exhibition) in 1904 in Dresden. Georg Treu, the director of the sculpture collection, managed to convince the Dresden banker Fritz Emil Günther and he financially backed the purchase.

5. What else can you see in the Albertinum Dresden next to the sculpture collection?

The Albertinum offers art from Romanticism until today to its visitors. We have paintings by Caspar David Friedrich and Gerhard Richter as well as sculptures by Rodin and 21st century artists. Our collection has a great reputation all around the world. 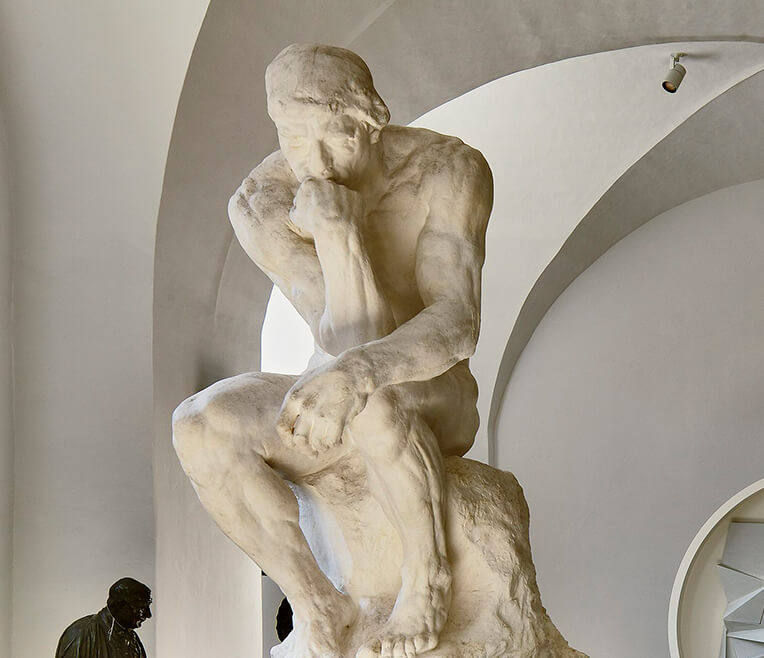 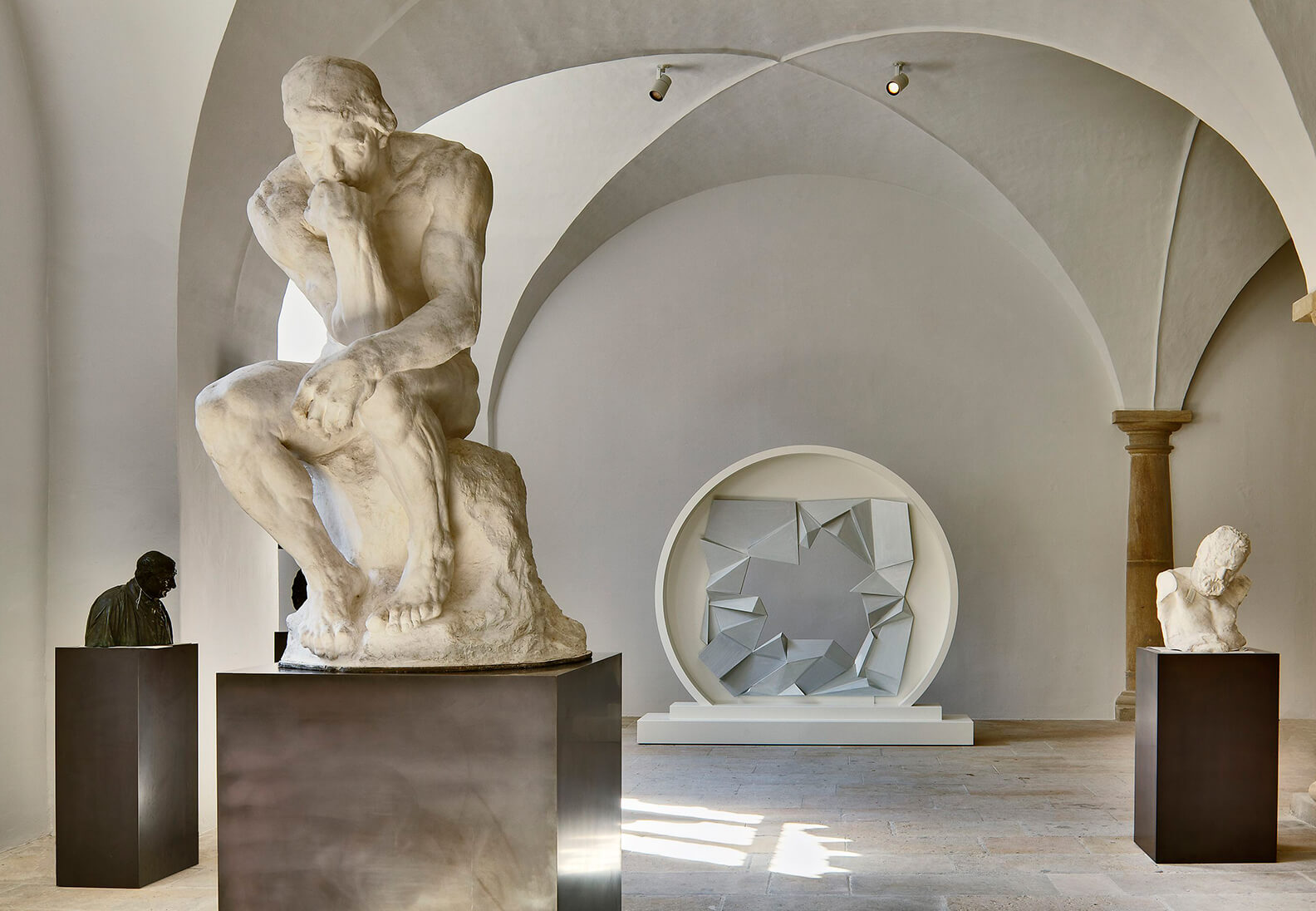 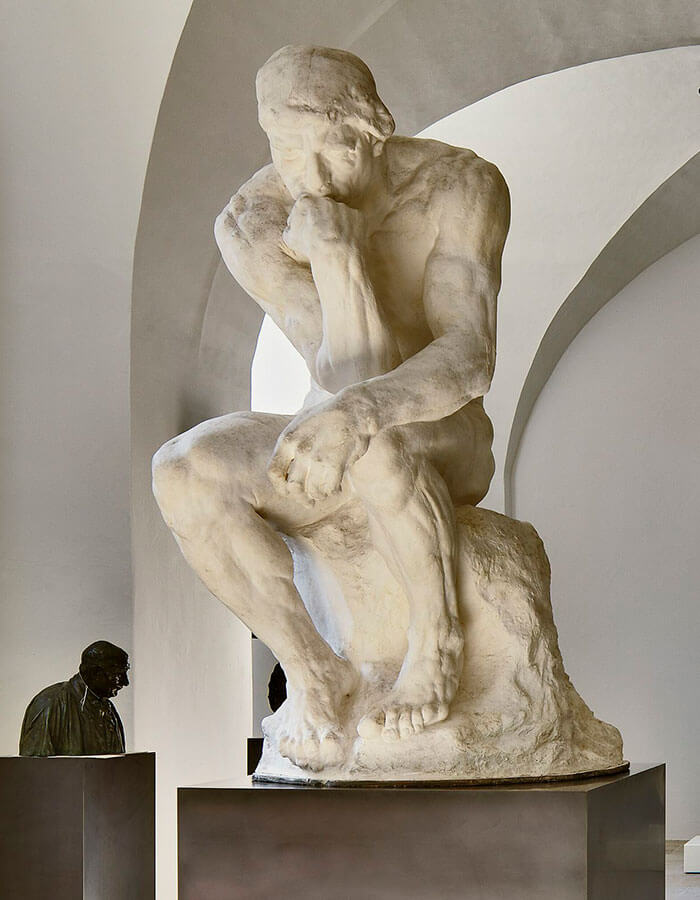 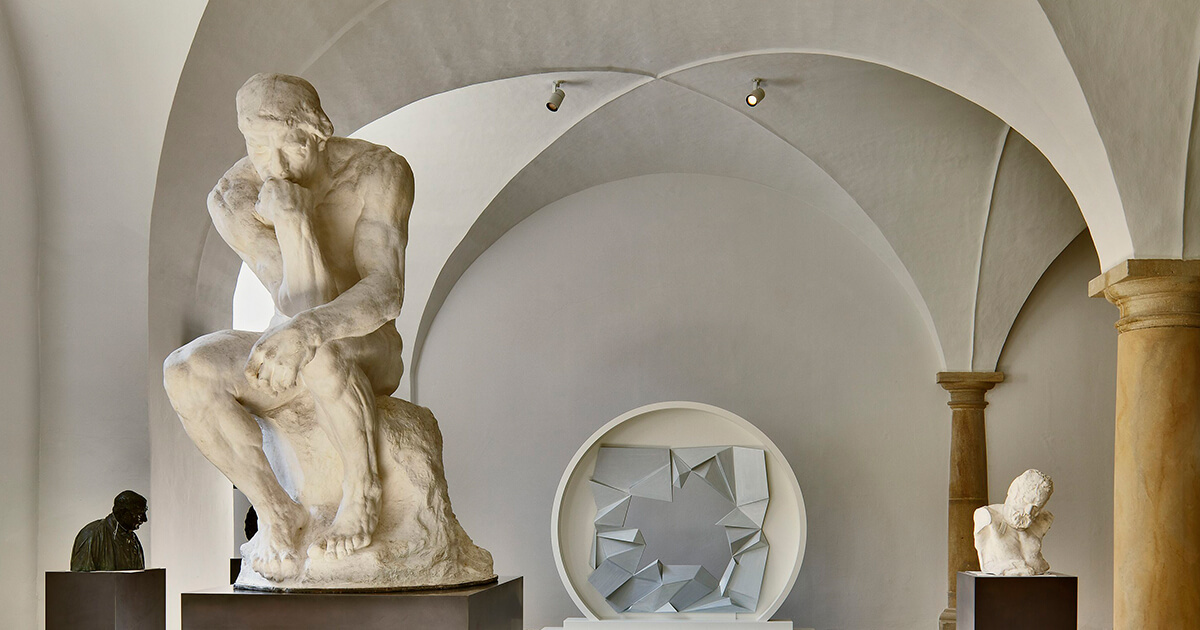