The History of Checkered Patterns

In this sisterMAG issue 66, we focus on the checkered pattern and its many variations. Taking the fashion world by storm and seeing it everywhere, we became curious about its history. Here is what we’ve got.

The History of Checkered Patterns

Taking the fashion world by storm as part of almost every collection and seeing it everywhere, we became curious about the history of checkered pattern and its many variations. With its colours and fabrics, it turned into one of the staple designs. Here is what we’ve got.

The checkered print and its many timeless variations have been taking the runways by storm — but that’s nothing new. While many new trendy aesthetics and iconic designers have spun their takes on the prints, checkered patterns have a much deeper history. From a sign of belonging – to a fashion staple they’ve been around for centuries and have taken so many different forms throughout time — and while these prints may seem classic and simple, their variations have represented deep emotional and ideological ties to masses of different groups. This article will only scratch the surface of the vast history of different checker patterns belonging to cultures and groups, but we hope to give an image showing the impact of the checkered patterns going much deeper than the current TikTok and runway trends.

The check pattern in South India

Before the 13th century, South Indian field workers in Madras, now Chennai, were wearing homemade checkered patterned garments called lungis that they tied around their waists. To make lungis, they took squares of 36 inch muslin cloth and vegetable- dyed squares onto it for a design. Up until this point the fabric had really only spread out to the Middle East and Africa, adapting into other uses such as headscarves. Soon, Dutch colonization forced mass production and exportation of the fabric to far people who had no cultural ties to it. Other colonisers, like the British, followed. Madras checks eventually made it to America to become a favored vacation aesthetic, which gives a bit of insight into how colonization started to wash away its cultural significance.

In the 16th century came the popularization of Scottish tartans for different family names, using distinct plaid patterns and colors to define what region or family people belonged to. However, tartan can actually be dated back to the third and fourth centuries in Scotland. This handwoven cloth and its colored yarns were so incorporated in Scottish culture that after the Battle of Cullodenin1746, the British actually banned tartans in an attempt to control the Scottish people. This is actually how the pattern became standardized and identifiable with each clan name because there was a primary manufacturer who began mass producing tartans, by the name of William Wilson & Sons of Bannockburn. They named the prints by local names, streets, and family names without intention for them to become the family symbols they would. It was the aims for Highland culture preservation coupled with rumors of Scottish clan tartans in England that partially helped to create this identification and connection. Clan chiefs were being asked what their clan tartan was, and so they adopted or created theirs – thus the pattern won its meaning.

Throughout time, the various checkered patterns have been associated with many political affiliations and different cultures. While they come up in so many trend waves, they have much deeper meanings for a lot of people. Similarly, in terms of the runway, checkered patterns have always held a strong place and served as a references to different social culture movements.

The Check Pattern and the Punk Culture

Vivienne Westwood, well-known British designer, essentially founded tartan patterns as a symbol of punk culture to counteract the traditionally royal place the tartan print held in England. She styled the Sex Pistols in tartan, who helped in still tartan as a widespread aesthetic through the punk scene. She used tartan to make new, incredibly unique silhouettes that shook the fashion world. Vivienne came to be one of the most iconic designers of her time due to the way her designs challenged current trends and backed social movements of rebellion.

The checkerboard pattern symbolized a fight against segregation after being claimed by second wave Ska artists and their listeners in the 1970s. Ska, a two-toned music, was born in Jamaica. Its second wave took over England and its multiracial collaboration was instrumental in representing racial rights. They adapted the check pattern as a symbol to show both black and white musicians coming together.

Additionally, checkerboard pattern Vans became a widely known symbol of skate culture. In 1977, after seeing skaters draw checkerboard on the top of their shoes, Vans released the classic checkerboard slip-on shoe. These exploded through the skating community and became a stark signifier of punk and skate culture, and they were also found on various occasions – sported by bands and in films.

We’ve seen designers like Burberry make the variations of tartan types and the check pattern a distinct signal of their brand since the 1920s, loved by many walks of life from business people to celebrities. In the past couple seasons, designers like Dior, Gucci, and Chanel have featured checkered print matching sets and nuanced silhouettes in their products and collections. But it doesn’t end here; these new takes show just how the fashion industry continues to use these fabric and classic prints, and transform them into new and exciting forms.

Checkered Pattern and its Variations

Checkered patterns have also taken other forms and variations such as gingham,  shepherd, windowpane, buffalo, and more, which allow for much versatility. These different checkered patterns are of course timeless, but inevitably fall into trendy aesthetics like “dark academia” and “cottage core” which target a younger audience due to the fact that they circulate primarily on TikTok. However, checkered patterns are also popular among other generations in casual and more professional attire. They fit every season, color palette, and occasion.

That being said, these are very few examples of the cultures and groups of people who have referred to the checkered patterns as a symbol of their community or cause. We are going into this issue of sisterMAG offering a glance into checkered patterns through the lens of the runway — which credits its existence to all of the people and groups who invented and closely held these patterns in the past. We hope you love the latest creations as much as we do! 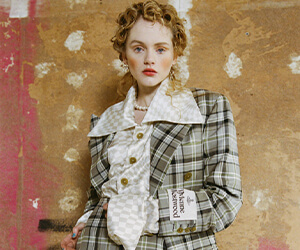 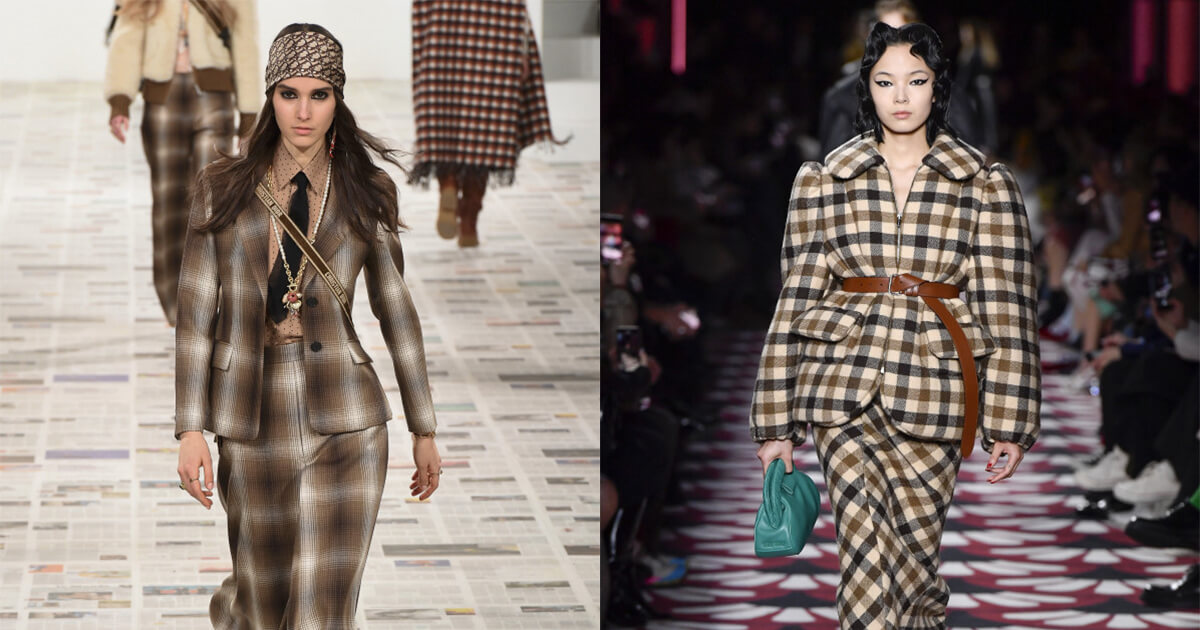