Japanese craftsmanship 2/2 | Isn’t it a dream come true? Upgrading through repair. An object, like for example a bowl from a precious series that has long been discontinued, breaks – and what do we do? Instead of regretting the loss, we not only repair it but turn it into something special, thanks to kintsugi.

All this went through Elisabeth Stursberg’s head when she recently unfortunately stacked two delicate porcelain bowls from a beautiful white octagonal service above each other – and one just broke. Luckily, in two clean halves. Perfect conditions for a kintsugi experiment, we thought. What quickly became clear to us: Making the effort to get gold powder for this is absolutely worth it! The second part about the Japanese craftsmanship and the DIY from Elisabeth is here for you in sisterMAG.

Feature: Kintsugi and a quick DIY guide for those in a hurry

Japanese craftsmanship 2/2 | Isn’t it a dream come true? Upgrading through repair. An object, like for example a bowl from a precious series that has long been discontinued, breaks – and what do we do? Instead of regretting the loss, we not only repair it but turn it into something special, thanks to kintsugi. It means to inscribe an object’s very own history on its surface, thus creating an individual keshiki, a »landscape« of gold lines. What couldn’t be better suited to the current zeitgeist of sustainability has been common practice in Japan for centuries. Following the philosophy of finding beauty in the ephemeral and in individuality (wabi sabi), an object fixed through kintsugi even gains in value – emotionally and materially. All this went through my head when I recently unfortunately stacked two delicate porcelain bowls from a beautiful white octagonal service above each other – and one just broke. Luckily, in two clean halves. Perfect conditions for a kintsugi experiment, no?

So how does kintsugi at home work?

Traditionally used as glue is urushi – a lacquer made of tree resins and, for kintsugi, mixed with gold powder. The gluing line is then again dusted with gold powder before the object has to dry for a rather long time under the right air conditions. Finally, the surface is sanded to make it even, if necessary. Since classic urushi is not only tricky to use correctly but can also cause allergic reactions, a kind of adapted kintsugi process uses porcelain glue instead. Since for my project I also wanted something faster, I went with the latter.

First of all, degrease the surfaces that will be glued together, for example with a cotton swab soaked in nail polish remover. Then apply the glue as thinly as possible, perhaps with a toothpick, and carefully attach the broken edges to each other. [photos 1 a or b, 2] Side note: Classic porcelain glue is available in white and transparent. In my experiment, the excess glue was fairly easy to clean off (you can use another toothpick or a damp cloth for this) and was hardly visible anymore, which is why I assume you can use white glue also for darker objects – especially since it will be mixed with, or covered by, gold colour anyway. The important thing to remember is that the glue must be food safe.

Deviating from tradition, again, and because I wanted to test alternatives to classic gold powder, I did not directly mix the gold colour with the glue. I had also been wondering whether porcelain glue mixed with gold powder might hold up less well (in hindsight, this doesn’t seem to be an issue as long as the glue itself is good enough). So after the glue had dried, I began applying gold paint along the glue line from the outside.

First, I used gold spray. The result: It can definitely be applied precisely with a fine brush, but had low opacity – the effect reminded me more of watercolours [photo 3]. If you like that, wonderful. With the result of the traditional kintsugi in mind, however, I wanted to try something else: a gold pen. Again, it allowed me to apply the colour rather precisely, also opacity was higher, but most of the colour came off with just a few drops of water. This was even though the pen was supposed to be waterproof. A very fine golden line remained, but it was definitely less prominent than I had hoped. In short: It is worth getting gold powder for this. Either you mix it directly with the glue or you do the gluing without gold and apply the mixture afterwards along the glue line. A slightly uneven surface afterwards is part of the concept and not a flaw. [Final result: photo 4]

No to glass, yes to porcelain and ceramics

Although Japan also has a tradition of glass blowing, porcelain and ceramics dominate the traditional crafts. The Japanese writer Jun’ichirō Tanizaki explained this in the 1930s less with technical or economic factors but rather with something he called the Japanese »national character«: »It cannot be said that we reject shiny things in general, but we prefer a deep, subtle shimmer to shallow, bright gloss.« The extraordinary variety of ceramic products – including also glazed ones – is still being produced today by countless workshops which are deeply rooted in the respective region and have developed their own design traditions. Thus, ceramics in Japan are named after their place of origin. While for porcelain, pulverised stones are mixed with water, kneaded and fired at a hot 1200-1400 degrees Celsius for a shiny surface, ceramic, which is based on clay, requires »just« 800-1200 degrees Celsius, but its surface must be smoothed out after the firing.

The comfortable but slightly more expensive version is a ready-made kintsugi set which normally contains glue, gold powder and the above-mentioned utensils (underlined). Frequently recommended, but not tested for this experiment:

diy: the original new kintsugi repair kit by humade, available in Berlin at the Süper Store

Korest also offers various accessories and simple bowls (which, apparently, you have to break yourself first?).

Wagumi in London has a delightful selection of Japanese handicrafts and design, including kintsugi accessories, workshops and even »practice plates« (which, generously, have already been broken for you)! Order them via Trouva who also have kintsugi products by Seletti.

In Berlin, SPACE.Berlin in Kantstraße carries Seletti. If you prefer to commission kintsugi work, you could get in touch with Satoko Toyoda or Natsuyo Watanabe.

In Munich, a workshop was held at the Gasteig on 27 October 2020. Maybe it will be repeated in time. 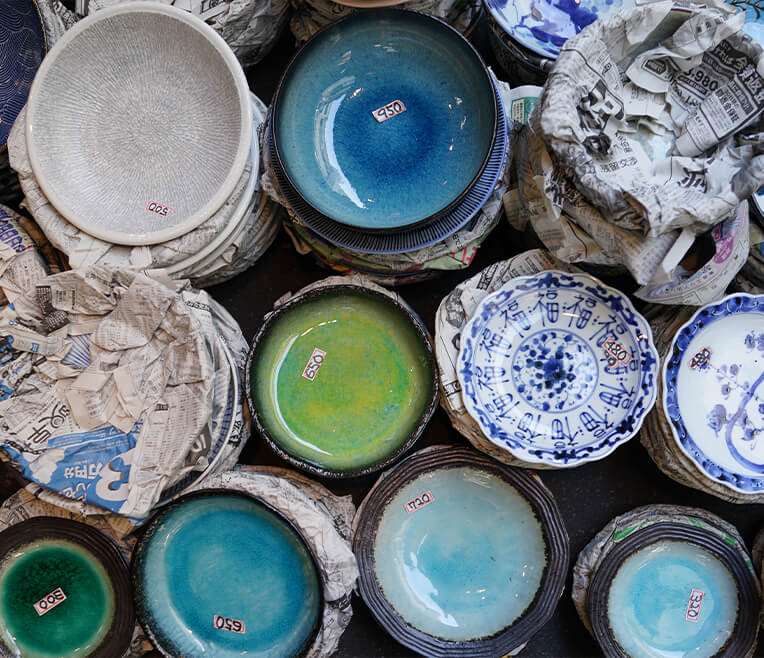 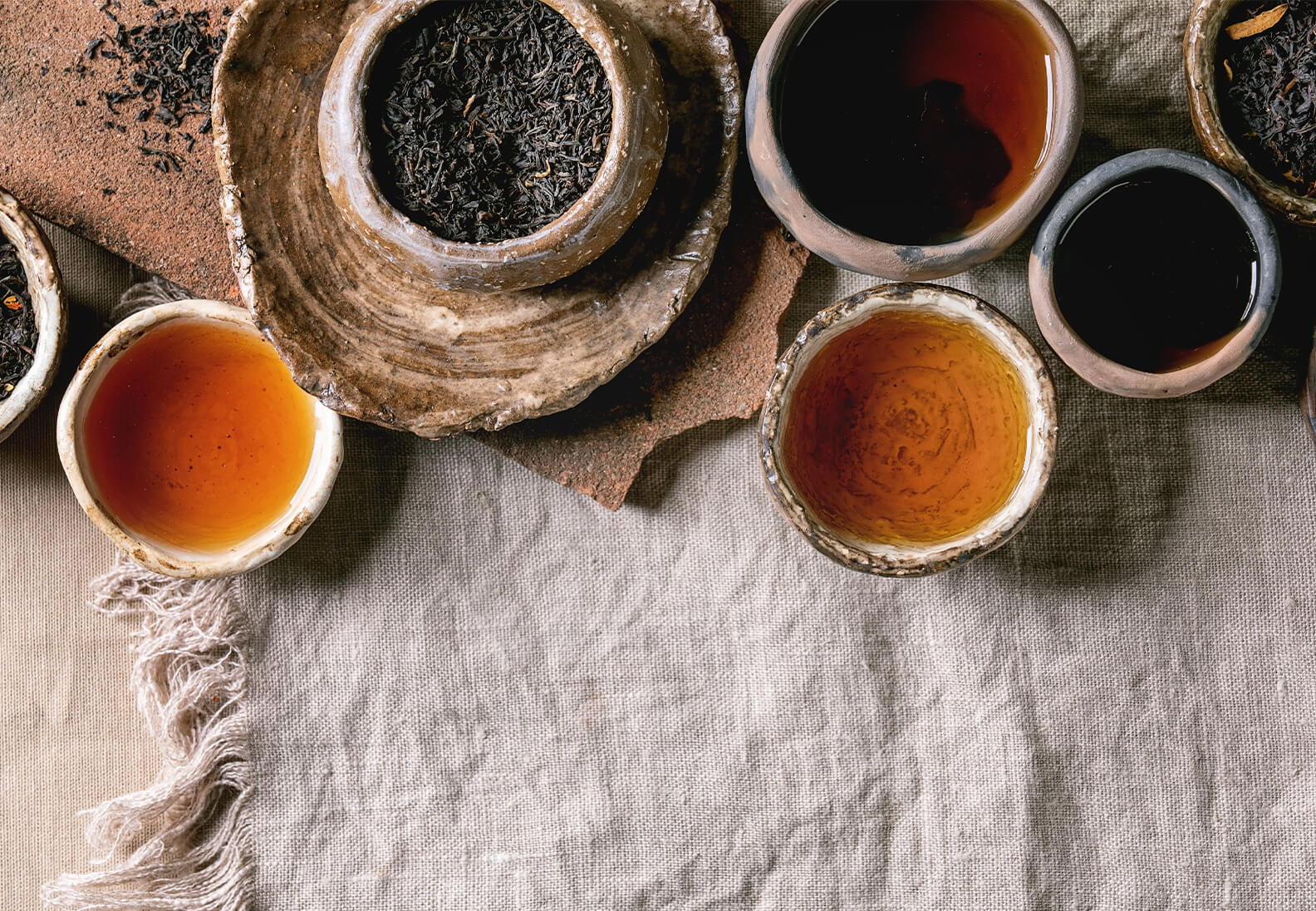 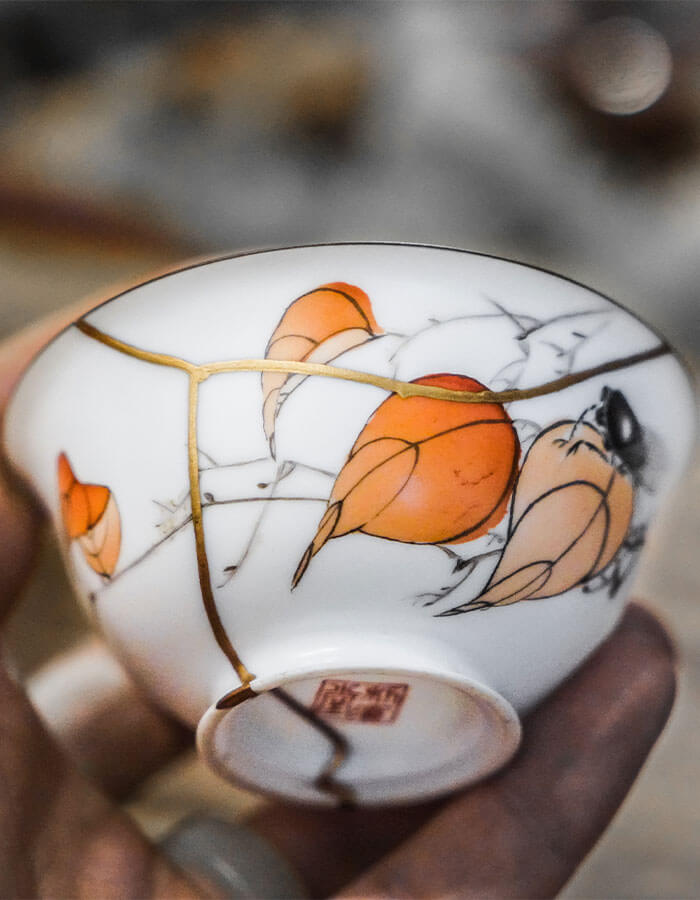 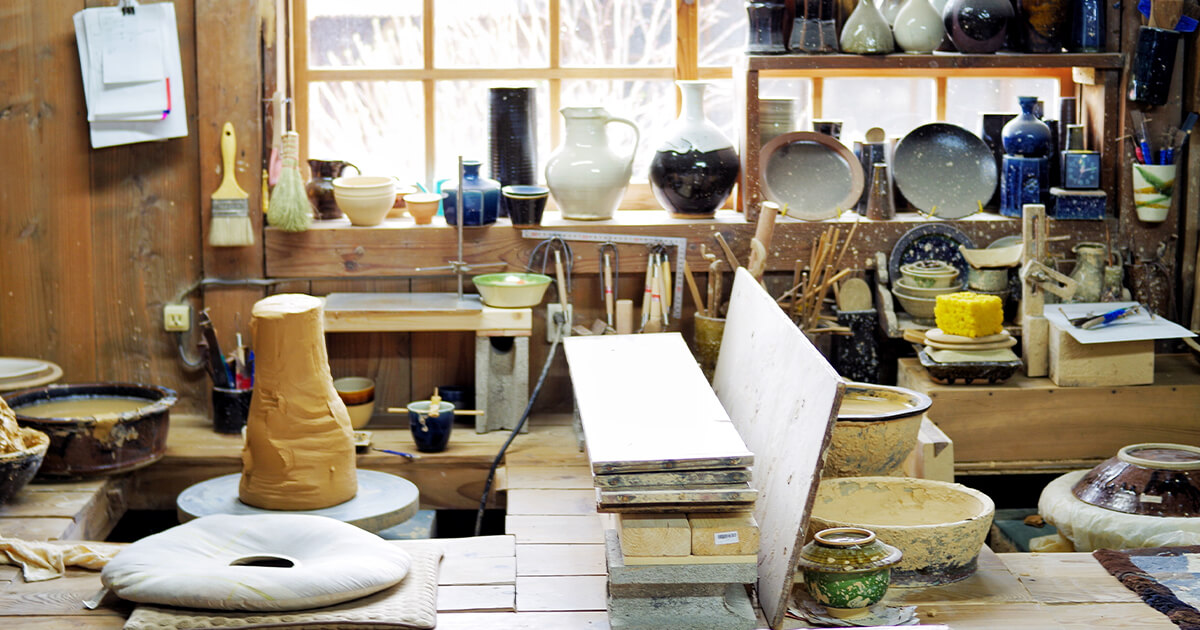