Rain boots and their history

In a historical outline, Michael Neubauer explains the history of the rain boots in sisterMAG No. 63. One thing is for sure: not all rain boots are the same!

Rain boots and their history

One thing to get this started: not all rain boots are made equal!

They could be made from natural rubber or synthetic materials, be hand-made or produced with a modern spraying technique, be lined or just purely made from rubber. Do you want to beat crazy weather, go on a comfortable hike or go hunting, or is your rain boot more of a fashion accessory? These boots can do it all – although each option comes with its pros and cons.

The journey of the rain boot is marked by a few clever business people from the 19th century. The water-repellent properties of the sap of the rubber tree were known long before then: The indigenous peoples of South America had used the milk from the rubber tree (»latex«) to water-proof their footwear since over 3000 years ago. The textiles drenched in this sap however remained sensitive to heat and cold, were very soft and brittle, so there were no inventions made using the until far into the 19th centuries.

US-American chemist and explorer Charles Goodyear (1800-1860) was convinced by the practicality of the rubber material and experimented with combining it with different chemicals. In 1839, he got lucky: when he added sulphur to the rubber mass, accidentally dripping some of the mixture onto his hot stove, the result was an elastic and stable rubber (1). He had thus invented the method of vulcanisation. As a businessman, Goodyear wasn’t particularly successful since all of his attempts to turn his patent into products, from shoes to tableware and furniture parts and even condoms, failed fast. The big tire company »Goodyear Tire & Rubber Company« was only founded in 1898 and is named in honour of him.

Others used this opportunity!

The first to do so was American engineer Hiram Hutchinson (1808-1869). With a licence from Goodyear for the production of rubber, he went to France because the successes of Goodyear’s discovery had not been adapted there. South of Paris, he began the production of rainboots in 1853 under the brand name of »A l’aigle«, today called »Aigle« (the American national animal). In 1854 they already produced 5000 pairs of boots and shoes a day. A factory in Mannheim followed and you can still buy high-quality Aigle-rain boots today (2).

A second American, Henry Lee Norris (1813-1881), went to Scotland in 1856 to start his own line of rubber products, including rain boots. The company was most successful during the two World Wars of the past century as boots of any kind were in high demand for the muddy trenches of combat. In 1955, the company first made its very popular green boot, the original »Hunter Boot«. As the »Hunter Rubber Co. Ltd« they are still producing today, delivering even to the British royal family.

Boots had always been a necessary part of life on the British Isles. On demand of the famous Napoleon-conqueror at the battle of Waterloo (18.06.1815), Sir Arthur Wellesley (1769-1852), Duke of Wellington a pair of tight, comfortable and high leather boots (»Hessian boots«) was made to suit the English taste and military requirements of the time that are very similar to today’s version. That’s why Brits today still call rain boots »Wellington Boots« or short »Wellies«.

The production of rain boots can work many ways. The basis can be high-quality natural rubber, synthetic rubber made through polymerisation of different chemicals (mostly Styrol-Butadien-rubber), but also polyurethane and PVC. Even today, boots are made by hand because this allows for the use of different kinds of rubber that make wearing the boot more comfortable. In a factory, boots can mechanically be produced by pressing or injecting rubber into moulds under the application of high pressure and heat – this then shows up in a characteristic seam in the product. The boot can be made more comfortable with various linings made from textiles or leather that alleviate temperatures and external influence.

While rain boots were mostly invented to protect from wet or muddy, cold or hot conditions and worn by military employees, farmers, builders, policemen and firemen, they have now advanced as a fashion staple with ankle-length and knee-high versions that serve as a style statement. The game has no boundaries. Environmentally conscious wearers that don’t want to wear the dubious chemicals included in synthetics and PVC often choose those models produced in a sustainable and humane way.

With all of this knowledge, you can now pick and choose between the naturally dyed Chelsea boots with a bootleg made from 100% calf leather and sole made from rubber by Bottega Veneta for around 950 Euro, a high-quality natural rubber boot by Le Chameau for 400 Euro, a chic Aigle, Hunter or Nokia lined and made from rubber entirely for 150 Euro or a Cortina, waterproof synthetic outside and textile interior for 20 Euro?

Well, it’s always the same in this world. 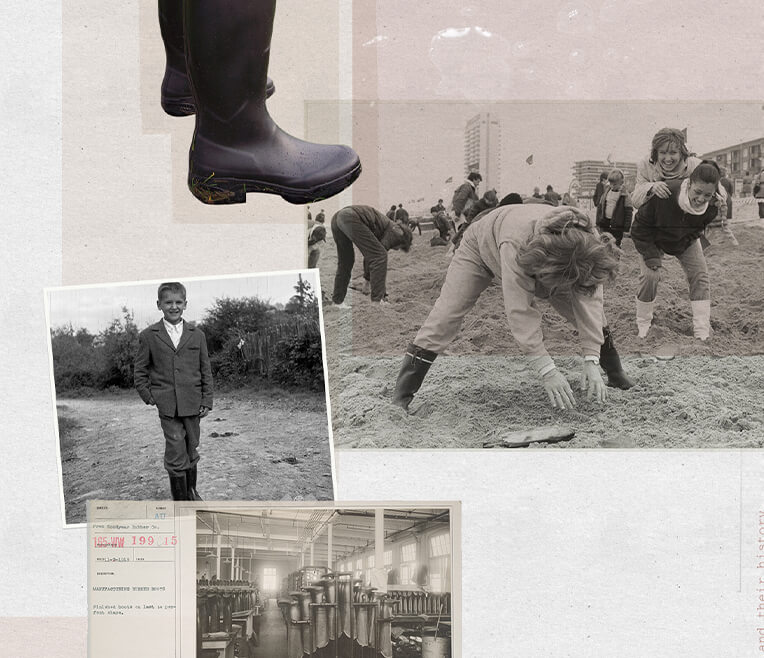 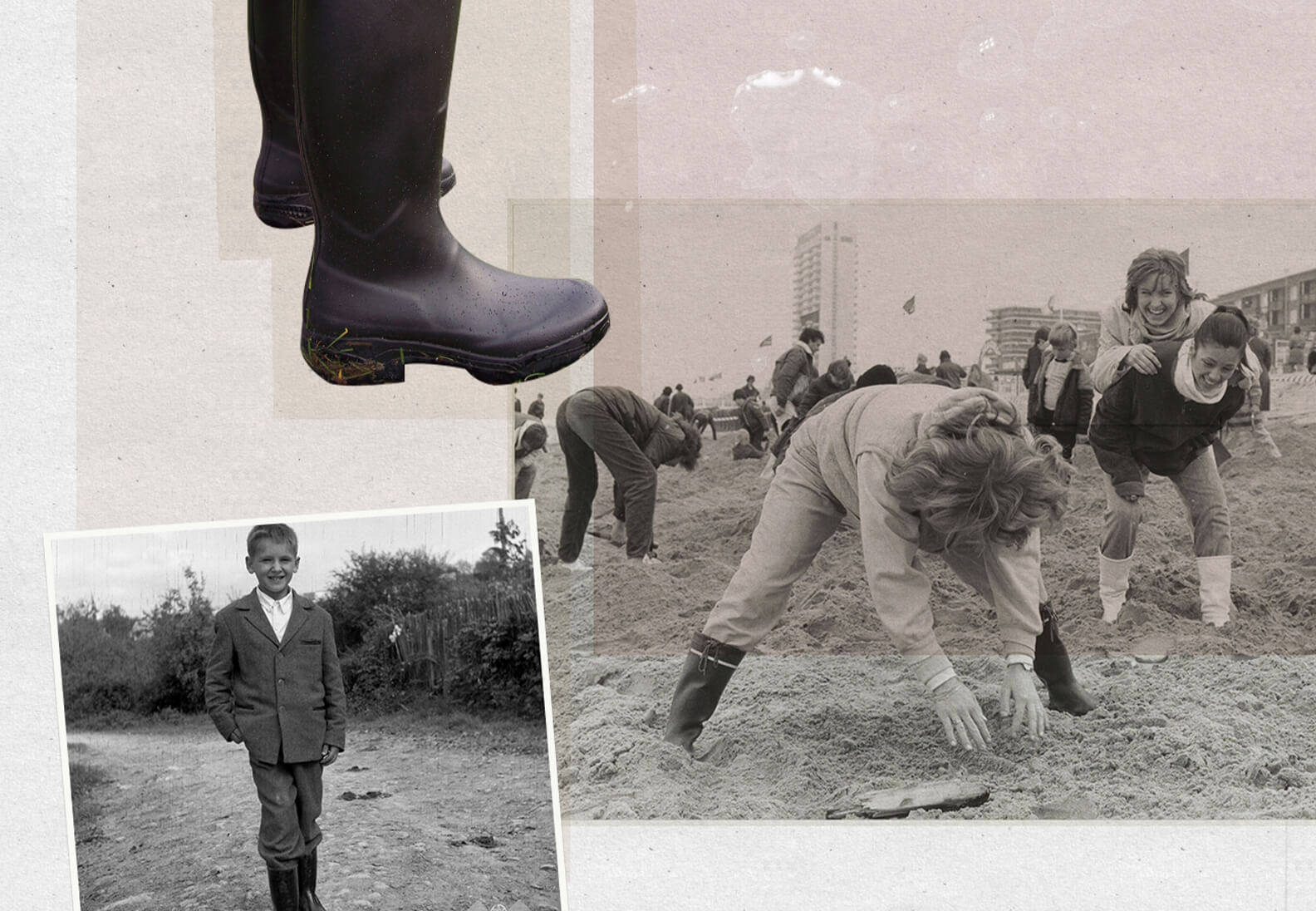 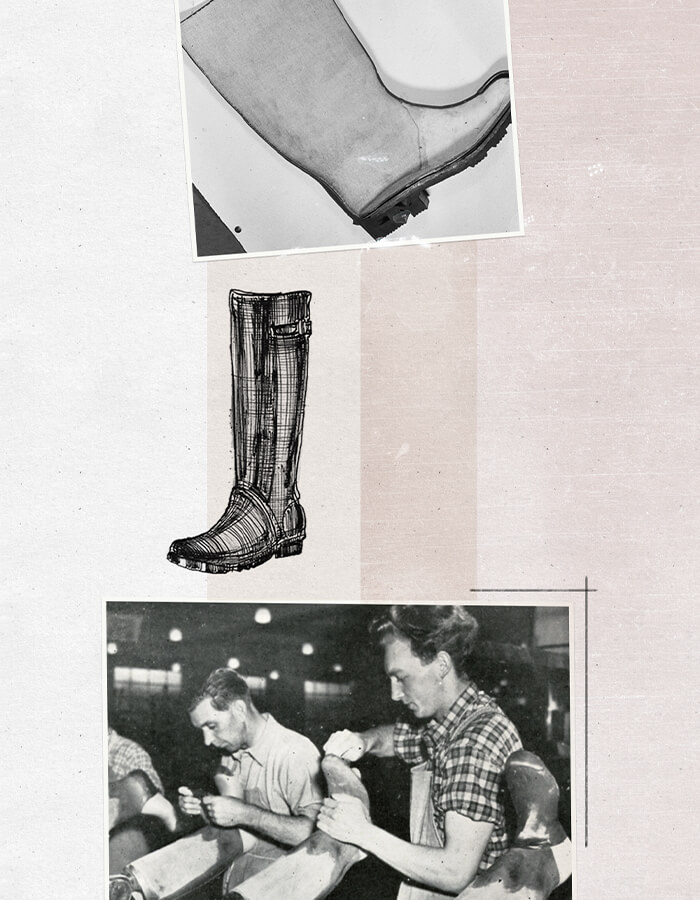 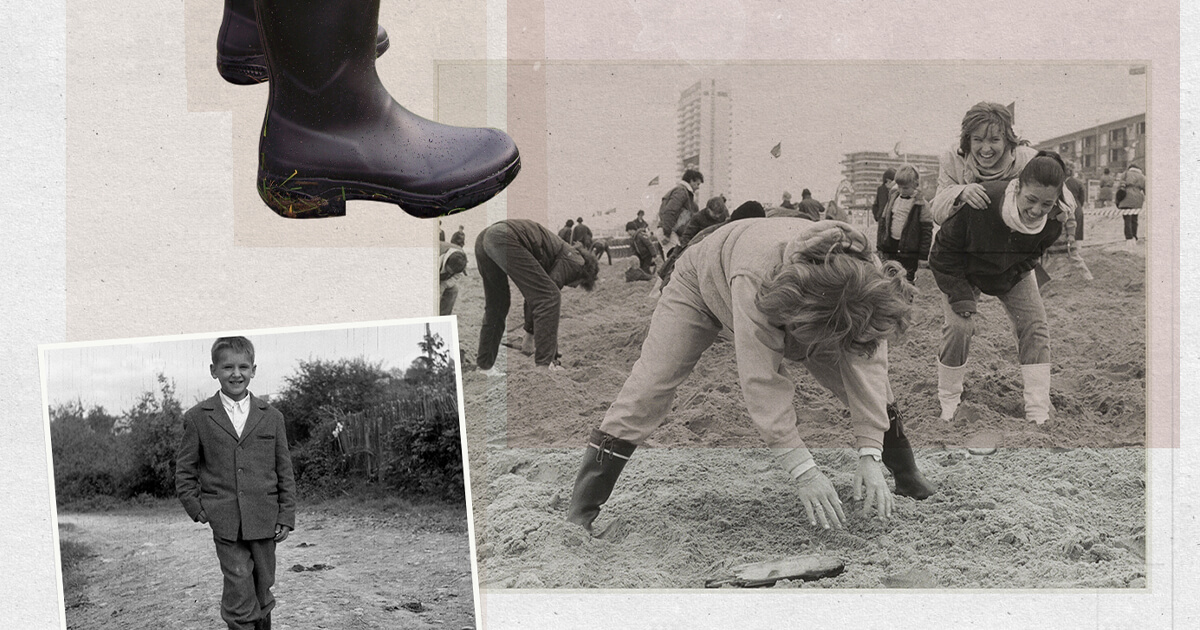