Get to know…artist Chris van Niekerk

In sisterMAG No. 63, we talk to botanical artist Chris van Niekerk from Boschendal, South Africa, who works with all kinds of plant materials to create unique flowers and insects. Read the full feature here to discover his creations.

The Portrait: Get to know…

A butterfly‘s antenna is club-shaped with a long shaft and a bulb at the point. The end of the style of an African protea flower happens to look identical. For botanical artist Chris van Niekerk, his work is all about finding these examples of similitude in nature. Using leaves, seeds and other plant materials, Chris meticulously combines and assembles them, metamorphosing his foraged finds into insect forms.

In his studio, the walls are crawling with his »insects« – from scorpions to green-winged butterflies – all handmade, through Chris’ obsessive creative vision. One, a wild-looking bee with a downy abdomen, Chris expounds, has a lifelike striped abdomen made from individual grass seeds, he placed with precision over many hours to mimic delicate body hairs.

»I call my insects ecoskeletons; it‘s a wordplay on the exoskeleton of a beetle« – Chris van Niekerk

Next to it, a butterfly has wings fashioned from pressed leaves – the pulp removed to expose the veins to resemble the structure of a wing.

Sometimes the materials he chooses will dictate the artwork, says Chris, referring to the butterfly with its leafy green wings. They began life as magnolia leaves which Chris processed to remove the pulp, leaving the fine veins of the leaf exposed like a carcass, only to find a second life as a wing on one of Chris’s ecoskeltons. »It also works the other way around where I make a drawing of the insect, breaking it down into its components, and then I look for materials to create it,« he explains.

He is surrounded by inspiration. In his studio, natural elements are dried, pressed and sometimes coloured using handmade vegetable dyes or charcoal. Chris is constantly tinkering with various plants in stages of decay and preservation, some of which take weeks to process.

»It also works the other way around where I make a drawing of the insect, breaking it down into its components, and then I look for materials to create it,« – Chris van Niekerk

Karoo burrower scorpion (opistophthalmus karrooensis). »This piece is taxonomically correct. I made it for an exhibition held in the Karoo,« explains Chris.

The display cases are very much part of the artwork, explains Chris. Some are mounted with simplicity, others against botanical references.

»There’s a flow of energy, and exchange between the pages and the plants, and the wood and the insects that are part of the process,« – Chris van Niekerk

He’s always been a collector, he confesses, but the previous lives of all the objects in his studio, not just the plant materials, contribute equally to his work. The rugged workbench in the heart of the studio, the antique crafts tools he uses, and medical journals from the 1930s used to press leaves, form part of his creative ecosystem. ‘There’s a flow of energy, and exchange between the pages and the plants, and the wood and the insects that are part of the process,’ he says.

Chris’ studio is crammed with bottles containing the medium for his work – seeds, leaves and other unidentifiable fragments of flower anatomy, painstakingly collected and catalogued. »I forage a lot,« says Chris. »The fynbos plant kingdom we have in the Western Cape offers a lot of possibilities. They are tough and textured,« says Chris.

He explains he has always been fascinated by the shapes and textures of flora and, even as a child, saw plants not as individual elements but as something bigger in context with space. He grew in the rural Free State, the youngest of three brothers, where the farm was his playground. A quiet, introspective child, he recalls he would collect thorns from trees and make patterns in the sand.

When he makes his »insects« he says he channels the same contentment he felt roaming the arid landscapes of his youth.

Having studied horticulture, Chris went on to practice as a horticulturist for six years. However, the desire to create was strong, and he moved on to launch an events company renowned for its conceptual spaces and massive flower and décor installations. He says it was a transitional time between Chris-the-horticulturist and where he is most comfortable to identify now as an artist.

»The installations I created had a beginning and an end. I longed to create something more permanent,« – Chris van Niekerk

A decade later, Chris has conceived an entirely different habitat for his work. His home and studio are nestled in a cottage that is part of a historic rural homestead in the heart of winemaking country.

While Chris forages many of the plant materials he uses from the wild, his collection of materials also includes a plethora of seeds and nuts, including quinoa, acorns and beans. It‘s the grasses and husks of seeds that he finds in nature, however, that are the source of the subtle textures he uses for hairs, antennae and other minute details on his insects.

These days he finds satisfaction in creating pieces on a small scale, attracted to the challenge and limitations of a process that requires extreme concentration, creativity, and patience. »I’m obsessed with detail,« says Chris. »One piece could take Chris up to four days to make, sitting for hours at a time with tweezers and magnifiers. It’s about creating a piece of beauty.«

»I use reference books as a starting point, but I’m not trying to replicate particular species. It’s about creating a piece of beauty.« – Chris van Niekerk

Making them to scale, or entomologically correct, doesn’t interest him, says Chris. »I use reference books as a starting point, but I’m not trying to replicate particular species.«

A trained botanist, Chris uses dried flora in his work and processes live plants to harvest specific materials. To create a veined wing on his ecoskeleton butterflies, for example, Chris »decays« leaves for six weeks and then carefully removes the pulp to expose the skeleton structure of the leaf. 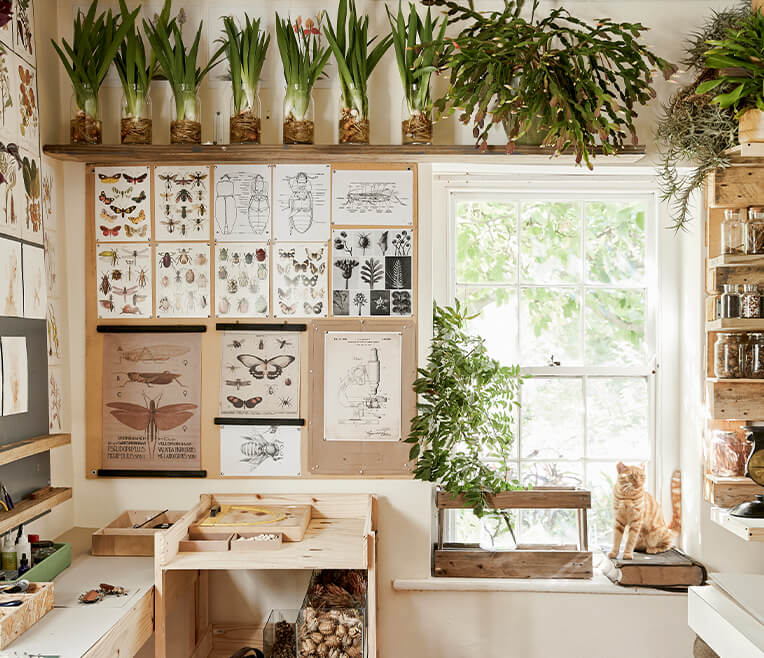 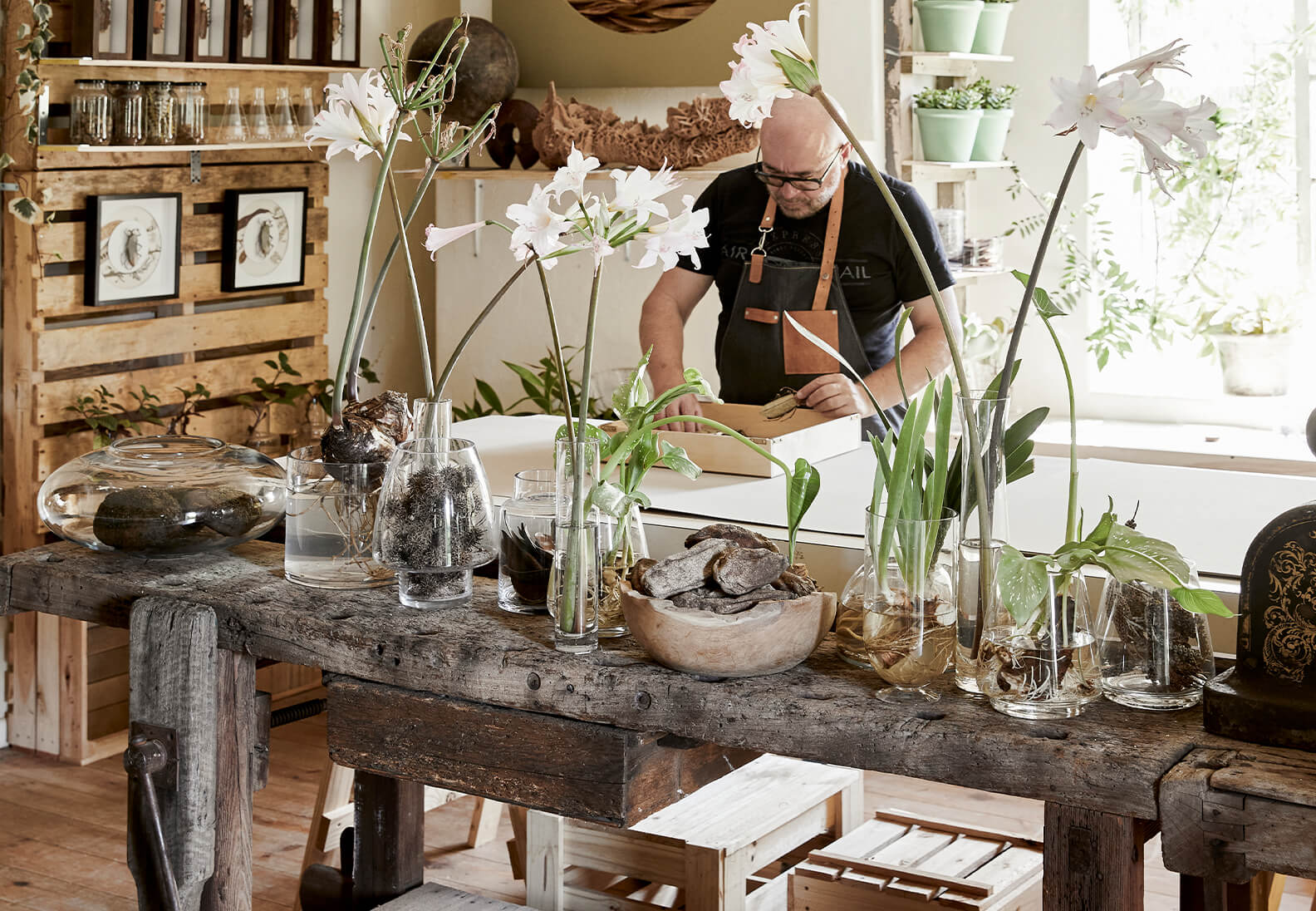 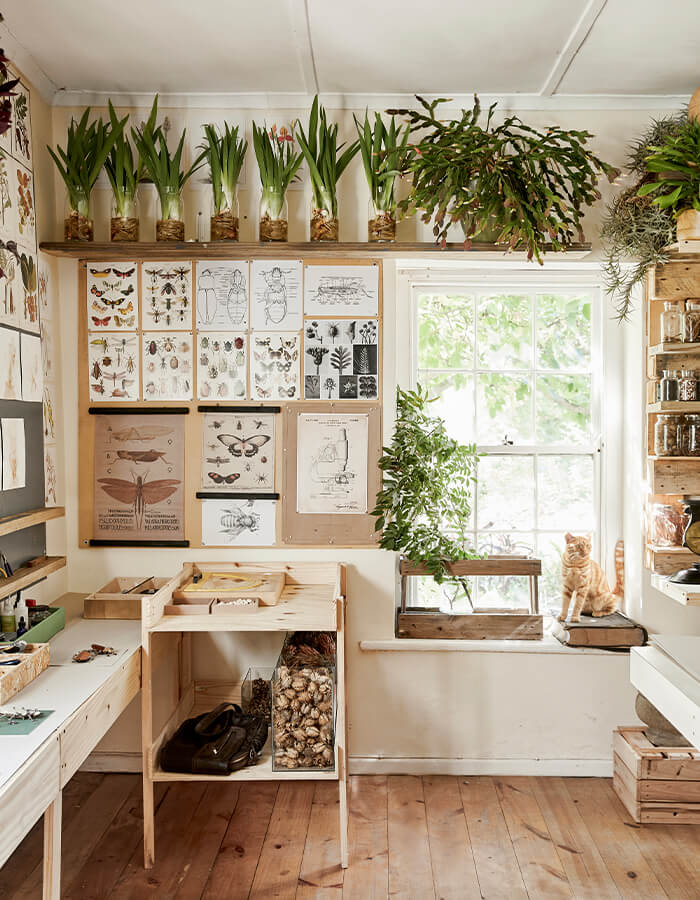 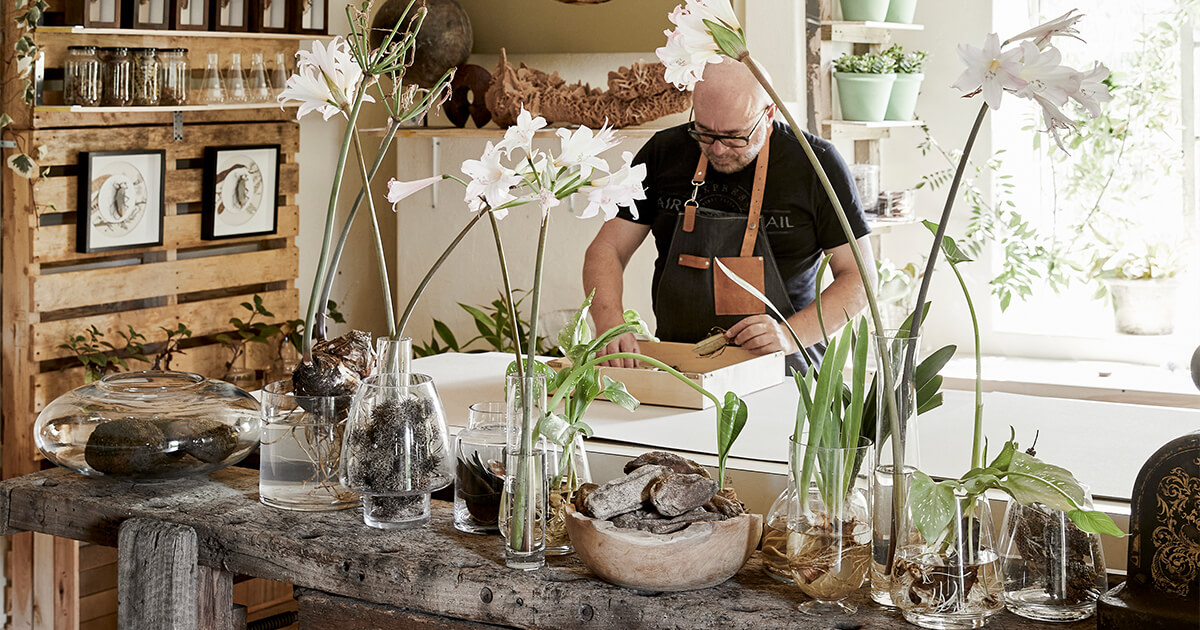