Get to know Ann Wood from Woodlucker

In a portrait in sisterMAG No. 62, we would like to introduce you to botanical paper artist Ann Wood, who shares her creations with us on Instagram under @woodlucker.

Get to know Ann Wood from Woodlucker

»Art is wonderful, art is hard, art is magical and art is frustrating. All this being said, I love being an artist. I also believe in embracing my mistakes, this is where the real gold sparkles.« – Ann Wood

We would like to introduce you to another artist who makes special paper flower and plant objects, botanical paper artist Ann Wood. Get to know her and her work here at sisterMAG!

Ann Wood is originally from Iowa, where she grew up on a farm, but now lives and works in Minneapolis, Minnesota. Even as a child, she knew she wanted to be an artist. On her parents’ farm, she was able to do projects of all kinds and let her creativity loose. Already at a young age, she found that art gave her the freedom to express herself and her own ideas. Her mother has always encouraged her and been supportive of her dreams and desire to become an artist. For example, she painted Ann’s teenage room white and allowed her to decorate the walls according to her own individual wishes and ideas. Today, Ann describes herself as a mixed media artist — her work moves between sculpture and painting. Currently she is primarily working on botanical objects, which she makes out of paper.

Her academic career consisted of three fundamental elements that also significantly influenced her career: technical photography, fine arts and artistic crafts. The different disciplines allowed Ann a lot of flexibility and the necessary space to find her artistic direction. During her time at art school, she met and began working with her husband, Dean Lucker. Together, for example, they created a sculpture in the public space of downtown St Paul, where they both live, and people gradually became more aware of her art and made inquiries about buying it. In the 1990s, they then sold editions of their artworks at major craft fairs and to galleries and museum stores nationwide. Over the years, Ann has made works for wholesale and retail, for collectors and in competition for grants.

She has been using her botanicals, which she has been sharing under @woodlucker on Instagram for about four years, as an artistic challenge for herself to grow every day. Her first step into paper and object art was making a simple feather. For this, she didn’t look at tutorials or books but relied entirely on her own artistic skills. She now works with real plants, dissecting them to understand their exact shapes and structures and translating them into three-dimensional models.

Ann always finds great inspiration in the art of Frida Kahlo. She especially loves the figurative way in which Kahlo painted. On Instagram, she particularly enjoys following The Flora Smith, Pink and Posey, Bear Follows Cat and Table Takes.

Ann’s big goal, even now in her late 50s, is still to grow with the times, adapting to new circumstances while using her creativity as a common thread of sorts. What’s up next for her? Finding new ways to display her paper objects. We’re excited to see where else Ann’s path takes her and look forward to following along on Instagram! 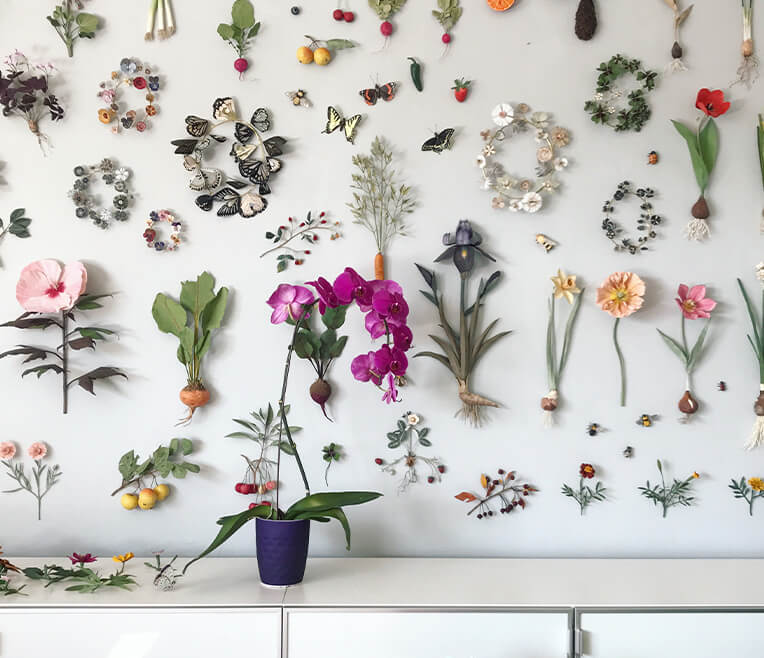 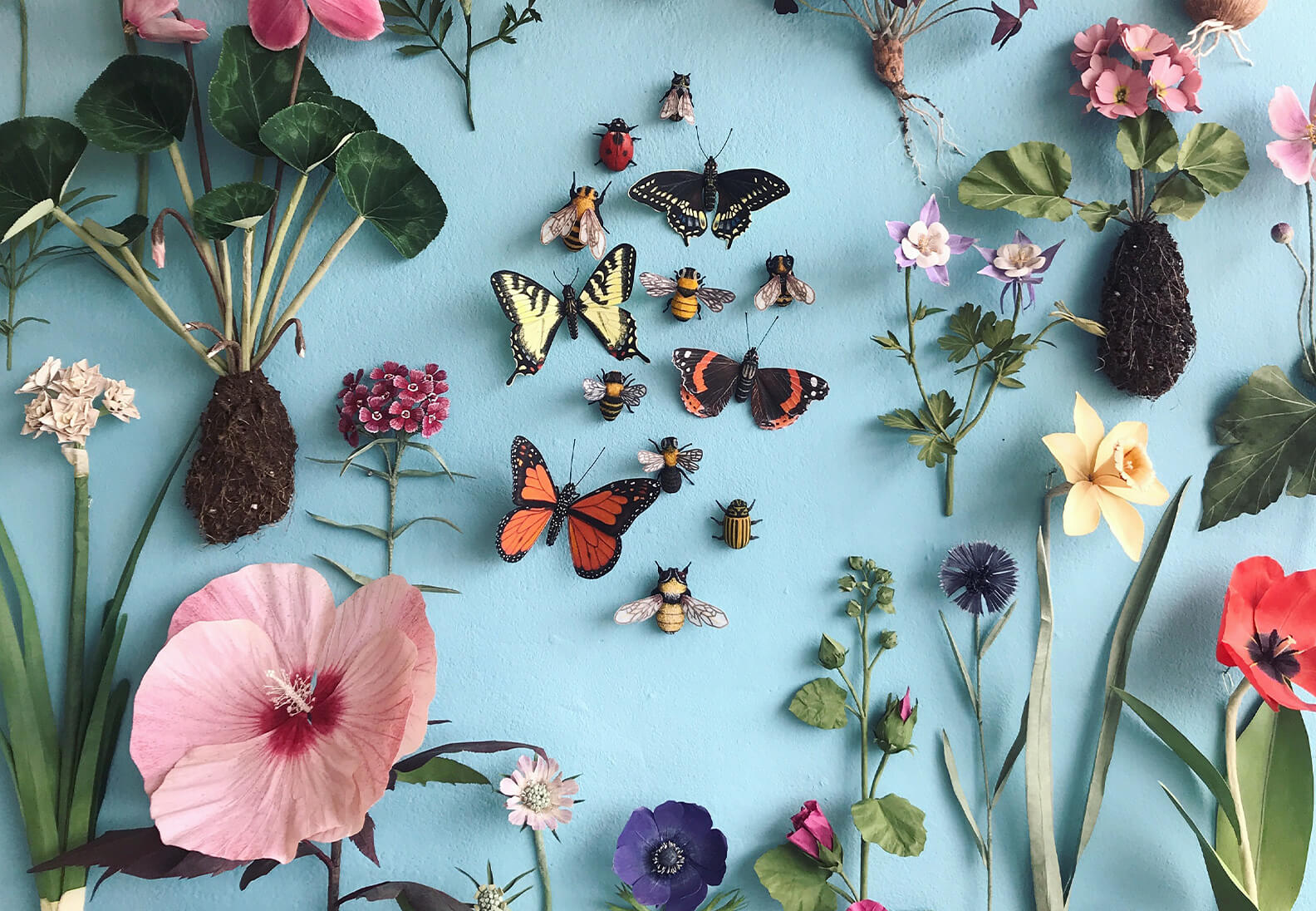 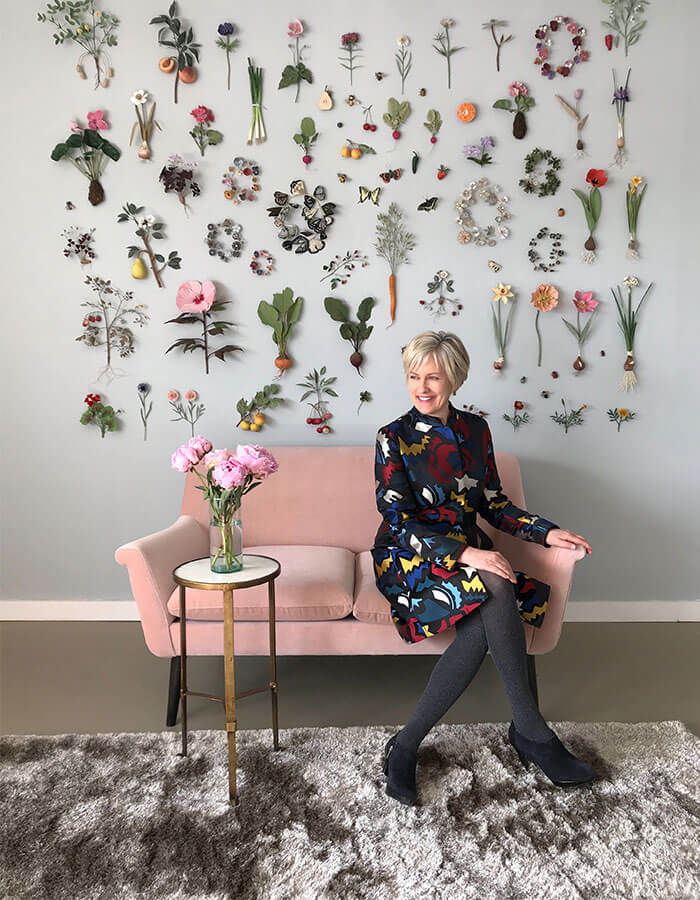 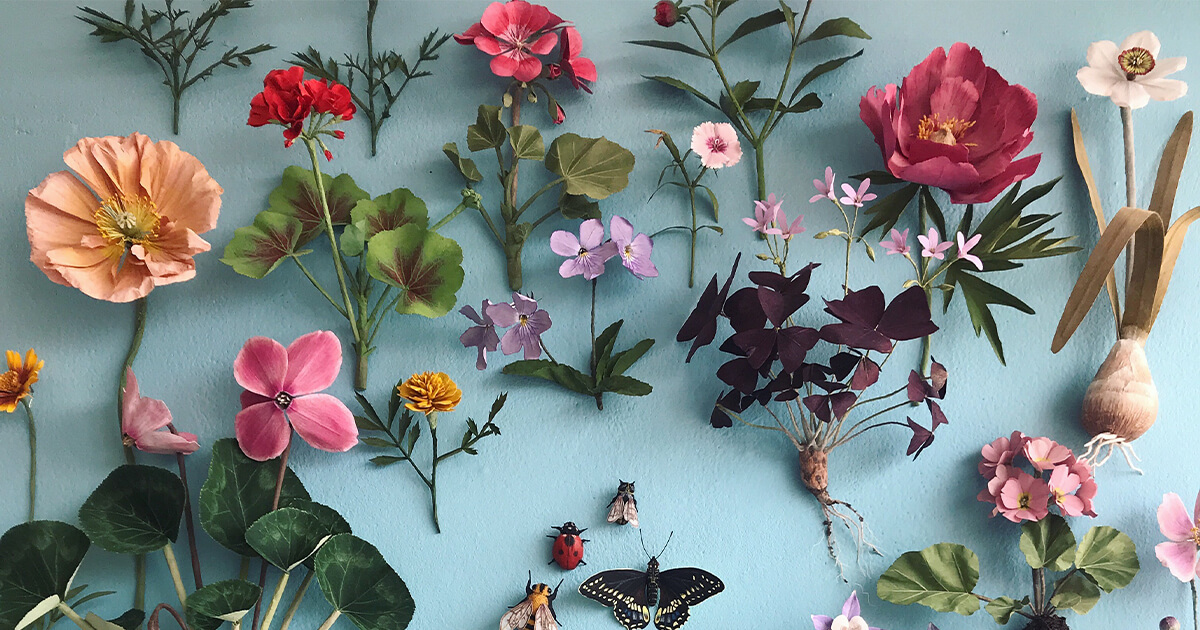