In our sisterMAG issue No. 59, author Dr. Michael Neubauer writes about national costume blouses and its history and development. Read the whole article here.

When tracing the way people have dressed over the course of several centuries, there were many periods – such as the Middle Ages – when people’s style didn’t change much: simple, muted and practical colours. Whenever there were changes, they enriched the lives of people – depending on their education and class – and the landscape of fashion. With the gradual abolishment of serfdom over the course of the 17th century, the blouse was once again able to reassert its role in all its different incarnations.

At the beginning of the 11th century AD, Byzantine servants were already wearing tight, unadorned tops with long sleeves and richly decorated clothes that could be called »blouses«. The blouses as we know them only came up towards the end of the Middle Ages, originating from the short, belt-length shape of the »Bliaud« – a kind of shirt-like overcoat worn by both sexes.

From then on, the blouse took on two main purposes: it became an important part of time-relevant dressing that accompanied all sorts of trends of fashionable expression and has seen the use of various materials such as cotton, linen or silk. On the other hand, the blouse became a symbol of professional (e.g. police, fire brigade, road patrol), ideological (clubs and music groups) and political (blouses worn in Germany during the Third Reich) belonging. The blouses of national costumes sit somewhere in between all of these purposes: they suggest belonging, but have also become an important fashion accessory.

In the original sense, blouses as part of a national costume actually complete the get-up. When they were still worn every day, national costumes (especially in rural areas) told a lot about the social standing and family background of their wearers. Faith, profession, ancestry and even relationship status could be told from this piece of clothing. The blouses had to be comfortable, last a long time and were usually unadorned. More and more, the entire costume started to be associated with local cultures, so embroidery was added to express the specificities of one’s home.

While the farmers in the area of Weserland preferred simple, wide-cut blouses, the ones from Brandenburg appreciated intricate lace on the sleeves. Black blouses embroidered with flowers usually came from Hessen or Lower Saxony. Blouses of national costumes also have a long tradition in places where they can be worn as an alternative to dresses – in Bavaria for example, where they can be admired at the annual Oktoberfest. In any place that has clubs dedicated to national costumes all over Germany, blouses can be seen on weddings, christenings, village fairs, traditional or ecclesiastical bank holidays to show their wearers’ dedication to their place of ancestry.

Today, blouses of national costumes can also be found as part of everyday outfits again. With jeans or skirts, their manifold incarnations can make for an elegant or romantic or extravagantly fashionable outfit. Long and short sleeves accompany ruffles, round and straight necklines, high-neck or low-cut varieties and decorative buttons. The materials range from cotton, linen and silk to velvet. The colours are usually white but can also be dark or even black, with gingham or floral prints.

The trends are moving towards tradition: light colours, high necklines with lace and banded collars, three-quarter length or short sleeves.

National costumes have an important role in Europe and all over the world and always show local varieties. Very well-known are the costumes from Hungary and countries in south-eastern Europe for their intricate embroideries, colourful floral patterns in the front and around the neckline, and even on jeans. Often, blouses are now being replaced with t-shirts with the same embroideries.

In Romania, people celebrate the »day of the Romanian blouse« every year on the 24th of June. On this day, Romanian women all over the world wear this costume that has become a symbol of their nation. Intricately embroidered by hand with red patterns on linen or cotton, there are no two blouses that are exactly the same. Each one is unique. The embroidered symbols are general, one for femininity and abundance for example is the rhombus. Famous designers like Yves Saint Laurent, Oscar de la Renta and Tom Ford have featured Romanian blouses in their collections. Travelling through Bosnia, Bulgaria and Macedonia, you can find similar, century-old traditions that relate to the upkeep of national costumes.

This is a tradition in development without historical foundation, but I still want to mention it in case anyone should be interested: If a »Dirn« (old German for girl) ties her apron on the front right, she is taken, engaged or married, on the front left means that she’s still free and tied in the centre in the back means that she is a widow. It’s good to know this even though you can’t always rely on it – after all, we’re only looking at blouses here! 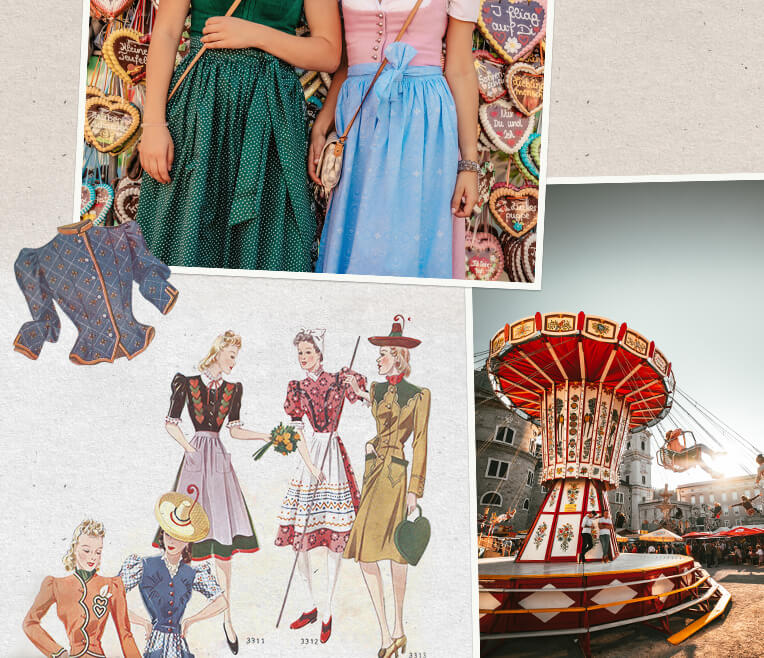 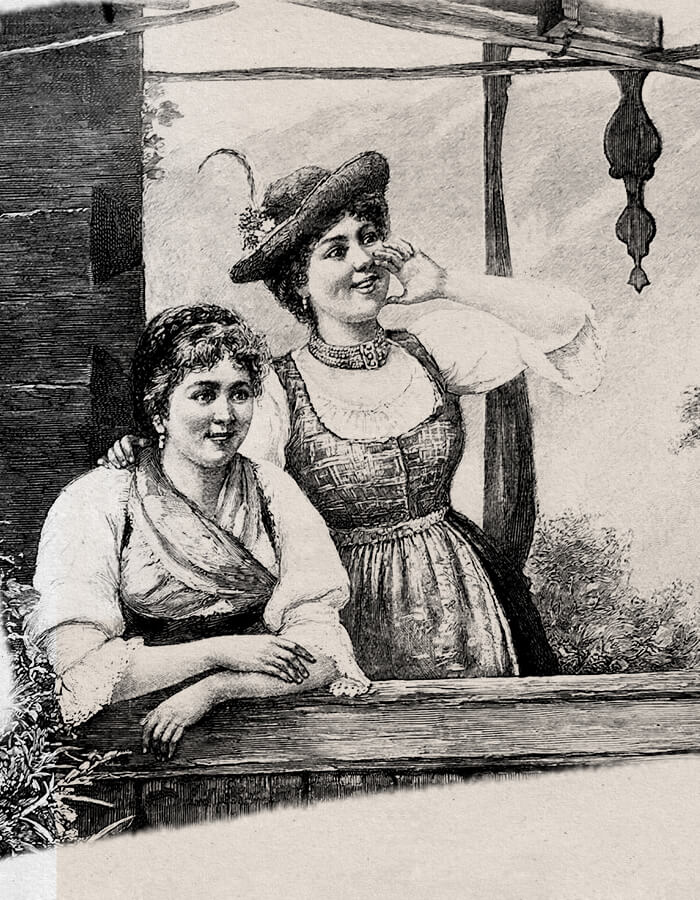 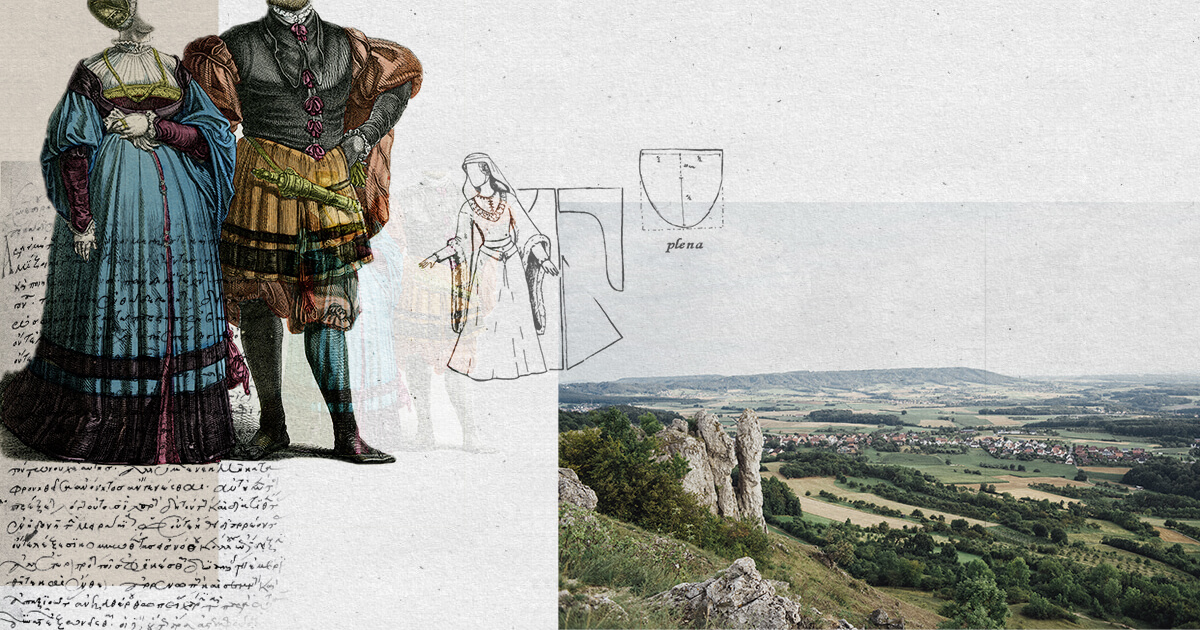