Underpants – From legwear to G-string

The history of underwear – or more specifically, underpants – is closely tied to social norms and rules, the dictate of fashion and women’s emancipation. We take a closer look at the past of long legwear through to the present-day G-string. Lea Becker analyses past and present in sisterMAG.

From legwear to G-string

The history of underwear – or more specifically, underpants – is closely tied to social norms and rules, the dictate of fashion and women’s emancipation. We take a closer look at the past of long legwear through to the present-day G-string.

When you look at women’s underwear drawers, you can find anything from black lacy bras, colourful sports bras and cotton everyday wear. The variety of colours, shapes and materials is incredible – which is good, because it means that women can pick underwear depending on their mood. And usually, there are just as many versions of underpants as bras: super tiny G-strings, pants and shapewear leave nothing to be desired. But that hasn’t always been the case…

Hard fact: up until the 19th century, women didn’t wear underpants. Starting in 1805, there was »leg wear« for women made from linen or cotton in wide cuts that went down to the knee or even as low as the ankles. Between the legs these pants were open, so important business could be dealt with swiftly even in cold climates.

The first underpants: long and wide

Around 1840, underpants became a class symbol and were seen as a sign of riches, style and etiquette for ladies of the upper classes. While poorer women were still working the fields freely, ladies were gallivanting through parks in harem-style pants. Another 40 years later, the skirt-underpant or shirt-pant became fashionable. These one-pieces were still incredibly complicated to wear and it took 30 more years for the underpants we know today to be developed. Finally, in 1914, women were blessed with the invention of real underpants – of course, older generations despised them at first but then soon discovered the advantage of the underpant.

During the ’20s and ’30s, fashion was inspired by the art movement Art Deco. Underwear was colourful, elegant and chic and turned from a necessity to a detailed piece of clothing made to seduce. Playful culottes with silk were worn by fashionable girls who paired those with soft, lace-lined tops. Pants, cut like swinging skirts, were on trend. The inspiration came from the exotic costumes of dancers like Josephine Baker. Interesting fact: »The Great Gatsby« and »Roaring ’20s« looks are still some of the biggest inspirations for underwear designers today.

After the war is before the war?

During WWII, no one was able to focus purely on looks and underwear – something that quickly changed when the war was over. New beginnings were everywhere and trends swept from Paris to Germany, bringing waves of high-waisted, corset-style underpants, corsets and ice cream cone bras. After years of fear and austerity, women were supposed to look female again, shaping and lifting their boobs with pointed bras and slimming tummies with corset pants with matching garters and stockings. No self-respecting woman in the 1950s would have left the house without stockings. It didn’t matter that this corset-like underwear wasn’t comfortable. Only when elastic fibres like lycra and nylon were imported did things get more comfortable.

The ’60s completely changed underwear once again, led by revolutionary women that did not want to be matrons and housewives. They left aprons and corset-style underwear behind with midi-skirts and instead clad their bottoms in miniskirts and their boobs in soft, unlined cotton bralettes. Panties became slimmer and didn’t even cover hips anymore.

During the hippie era, progressive women left their bras at home entirely – or burned them as a sign of sexual liberation. During the ’80s, the typical »power woman« got fully dressed once again. Aerobic-trends led by Jane Fonda swept the nation and leggings made from synthetic fibres topped underpants and became the symbol of the decade.

Wear what you love

After the ’80s, underpants started using less fabric. Today, super-high legs from the ’80s are on trend again but designers are more conscious that some women may not feel comfortable in these styles. Hot pants, boxer shorts, French knickers, Brazilian pants and different styles of string panties complete the offer in shops.

Which pants for which bottom?

Not every kind of underpant looks great on every butt shape. People who would like to consider this should know the following: someone with a V-body shape (wide shoulders and slim hips) will often also have a butt in V-shape that is wider at the top than at the bottom. Pants like hipsters, jazz pants or ’50s style high-waisted panties look great in this shape. If the butt is flatter, the lines between hips and thighs are on the same level – without curves – so small string shapes as well as panties and hipsters make things appear a little bigger than they actually are. With wide hips, a slim middle and bigger bottom in the lower third (an upside-down heart shape), wear high-waist slips, jazz pants and bodies. A pear-shaped butt looks great in strings, boxer strings, French knickers, shorts and pants that have high legs. If the butt looks like an apple, strings are just as flattering as panties. No matter the shape of your butt, having fun with underwear trends can bring so much joy to women of all sizes and shapes! At the moment, sporty logos and wide elastic bands are very on trend. Playful models have fun decorations, ruffles, bows and cut-outs or even little jewellery pieces above the butt that make you look and feel extra special. All stuff that ladies in the 1900s didn’t dare dream about… 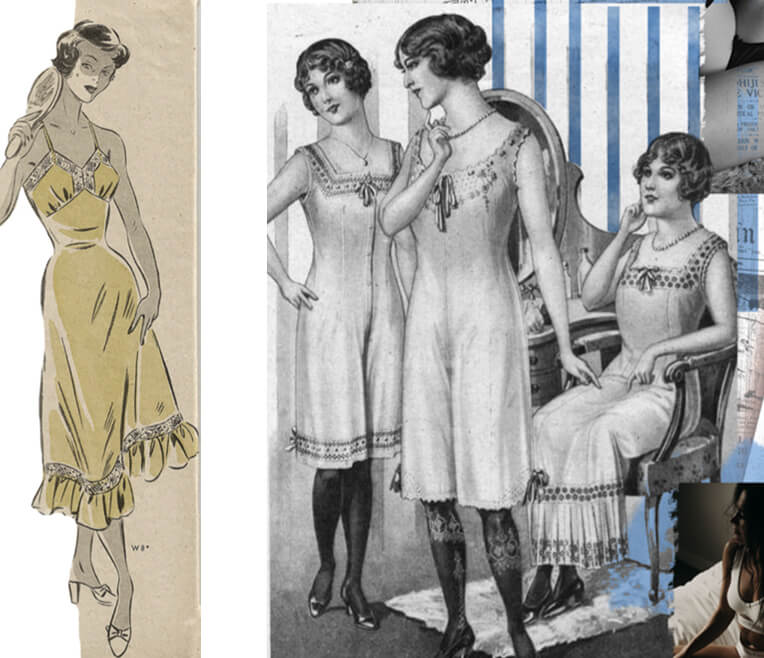 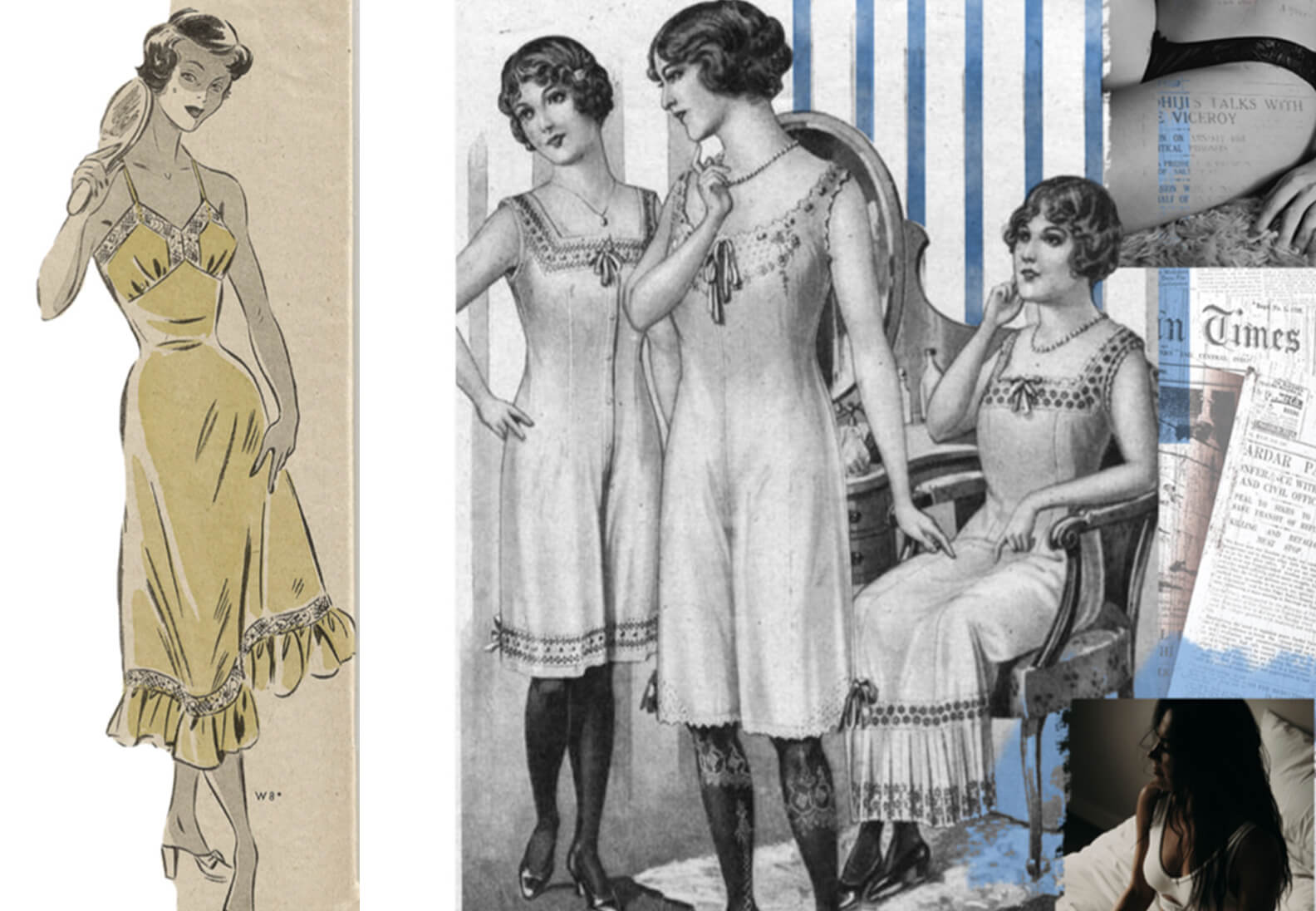 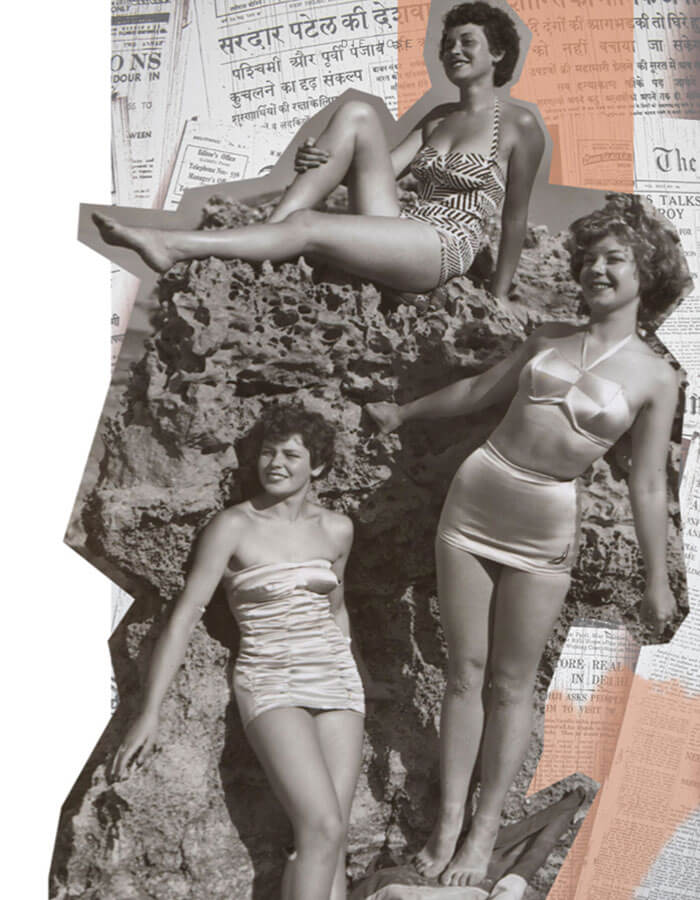 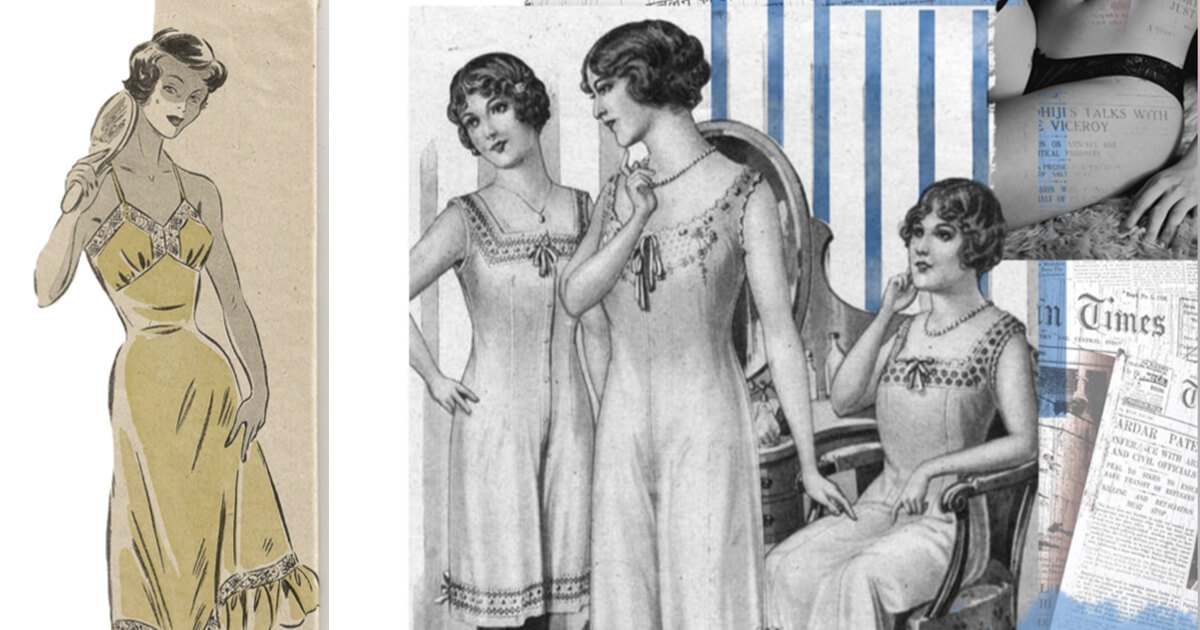