Trousers – and their history

In our sisterMAG »trousers« issue we, of course, also want to deal with the history of trousers. Author Dr. Michael Neubauer wrote an article about it, which you can read here.

Trousers – and their history

As is to be expected, Germanic people were the first central European people to wear trousers. To sufficiently protect one of the most important body parts against the cold, harsh environment, dangerous animals or long trips on horseback, small fig leaves or loincloths simply weren’t enough. Trouser-like constructions – wrapped around the legs down to the ankles – were made from leather, natural fibres and furs and held up by belts.

Long before this, from 700 to 500 BC, the people living in Eurasian border regions had already invented similar creations. They were nomads and horse people. In central Europe, where the people we now call Celts resided between 800 and 500 BC, these previous inventions then led to covers similar to trousers that Germanic people later copied. Not so the Romans! The »fashions« of wild barbarians wouldn’t do in Rome. It took time to soften this aversion as Roman soldiers slowly discovered how practical these leg covers were. During the early Middle Ages, often known as »dark and regressive« times, not much else happened in terms of fashion. Only during the 11th and 12th centuries, when Salians and Stauffers reigned, things changed slowly. Huge churches were built, and men started wearing short underpants, so called Braies. When it suddenly got cold, additional legwear could be buttoned onto the bottom. The actual trousers were fairly fitted, long and worn with long socks and ankle-high shoes, as well as a short, tight and belted skirt with a collar. During the period, secular and monastic clothing visually differed but trousers turned into a status symbol for men. Exceptions were the Scottish kilt and the Greek Fustanella. The Renaissance period is known for slim, tight trousers that almost look like tights – men’s lives were made easier by an in-sewn cup that covered sensitive areas. Then, things got creative. In Switzerland and Southern Germany, men started cutting their trousers open in restricting areas and then put billowing pieces of fabric underneath so they would peek out and create the typical look of harem pants. They looked a little like two balls of fabric surrounding the pelvis and all its secrets and accentuated long legs in tight tights. During their most popular times, they were worn with and without cups in courts all over Europe. Simpler folk wore regular trousers during the 16th century that went slightly below the knee and were tied off there. They were known as bloomers. The baroque era, time of French King Louis XIV, saw wide, knee-length legwear with lace trimmings that today remind us of women’s skirts. The so-called »Duke-of-Rhine Trousers« were adorned with countless ribbons that enhanced a feminine look. Towards the 17th century, looks became simpler with tighter trousers worn with matching jackets – they were called »Culottes« (small trousers). The French Revolution gentrified fashion. Inspired by cuts from progressive England, trousers were more comfortable, straight and were, at ankle length, called »Sansculottes«. This model, similar to our long trousers today, still had to prove itself in Prussia in the 19th century but then quickly became a European favourite. French revolutionaries also wore so-called pantalons with tube-like legs paired with high boots. The middle of the 19th century also saw the invention of buttoned up flies. Around the turn of the 19th to 20th century, people’s increasing love for sports led to the creation of knickerbockers. Cut and width of these historical trousers varied greatly – they often ended one hand’s width underneath the knee.

Long trousers remained men’s favourites, sometimes wider, slimmer, with or without a cuff, long or cropped at ankle length, striped or neutral, with or without trimmings – but always faithful servants that make us feel dressed. The whole situation is incredibly colourful today: short trousers and long trousers made from fabric or leather can now be dyed all sorts of colours. A trouser-related revolution came with the invention of the jeans and the related 1873 patent for thick, blue, cotton fabric. Levi Strauss had brought the idea for robust worker’s clothing from Genoa to America. He used the blue fabric, secured it with the typical rivets and turned Genoa’s French name »genes« into the American-English friendly term »jeans«. The triumph of these trousers lasts until today – and the old trend of cutting holes into trousers still works…

It is said that trouser-wearing women were seen in the ancient times and never again. Women’s trousers slowly came back in the second half of the 19th century, as legwear underneath outer skirts to protect women from ill intentions. As part of the first wave of feminism, many women like Amelia Bloomer and George Sand decided to openly wear trousers. The breeches parts of 19th century opera, operettas and plays brought women closer to trousers just like Varietés and sports. Especially riding horses and cycling required women to confidently wear comfortable and adaptable clothing. The typical breeches for female riders were very wide around the thighs, allowing a secure seat in any saddle. For cycling, trouser skirts came into fashion, and the increasing involvement of women in social and work life, in sports and the military led to trouser-wearing women. Different fashionable varieties show off women’s legs just as well: wide, tailored styles; straight business trousers and figure-hugging skinny jeans. The union of women and trousers wasn’t always welcome – until recent times, trouser-wearing women were often targets of misogyny. At sisterMAG, we love women in trousers – although the occasional skirt is always welcome! 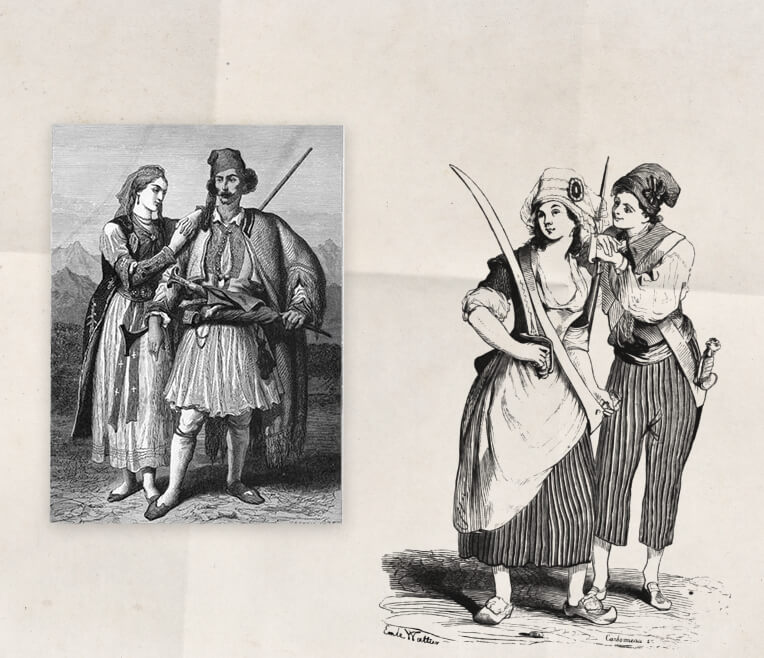 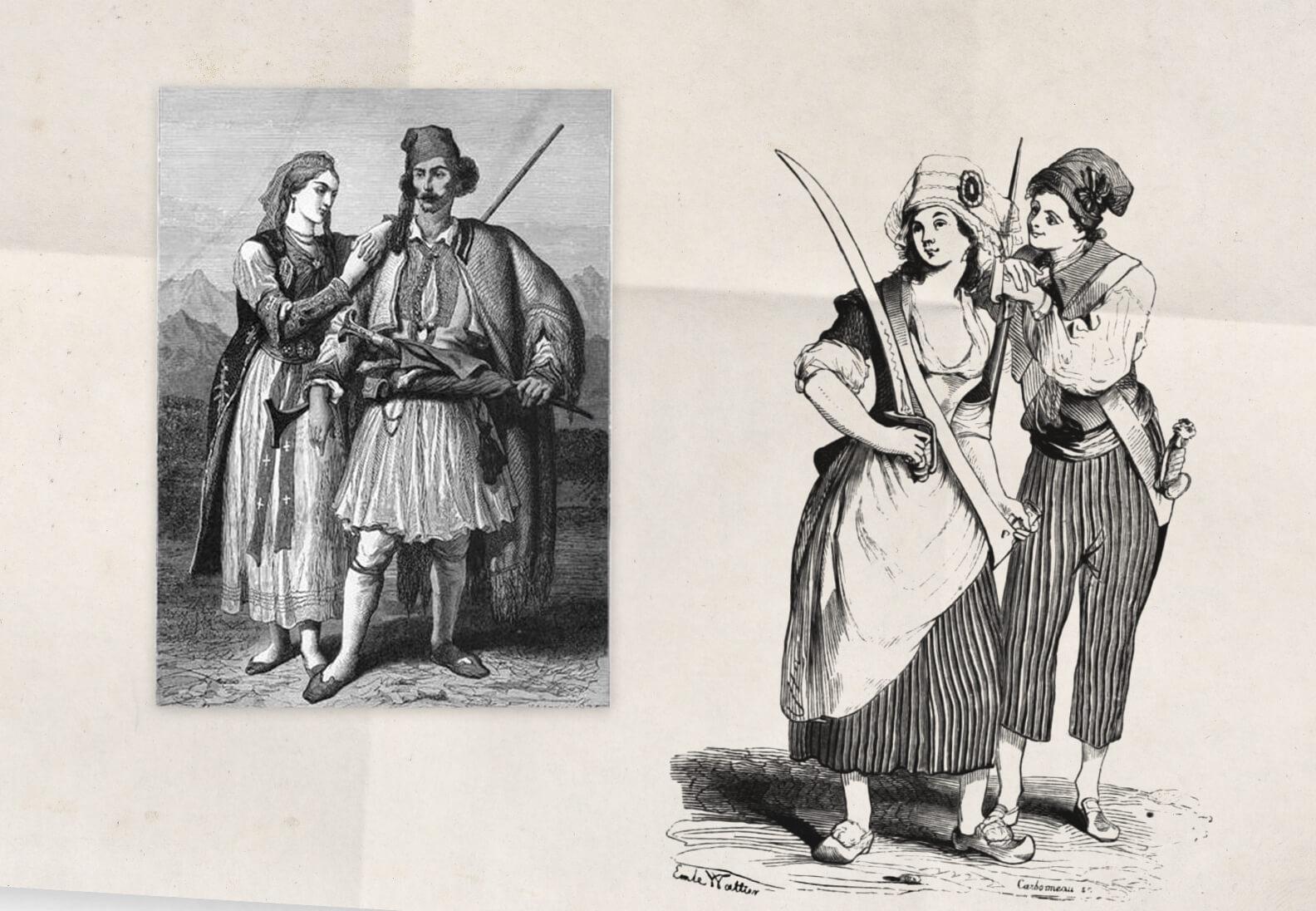 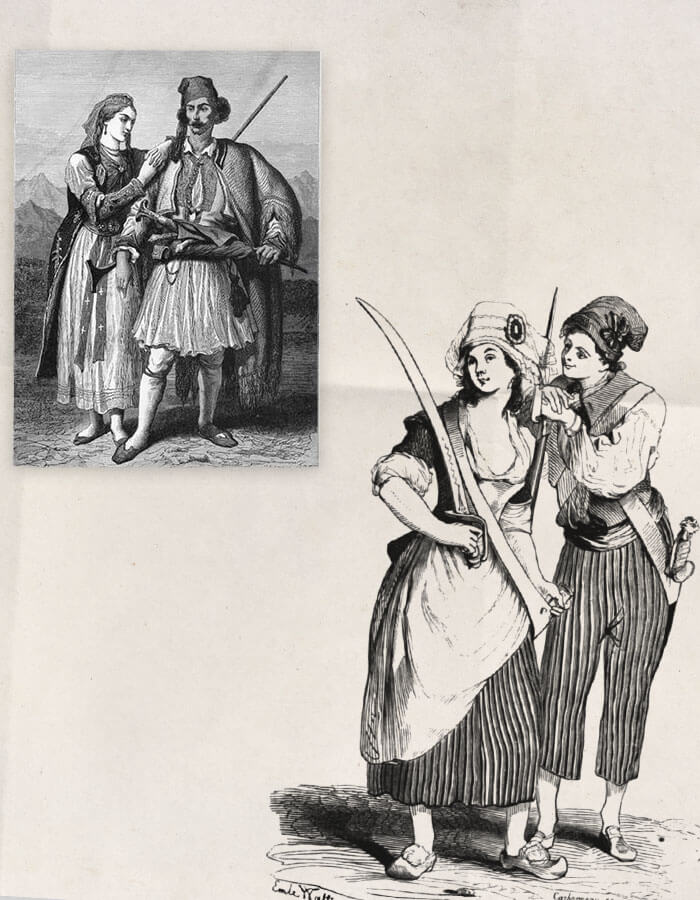 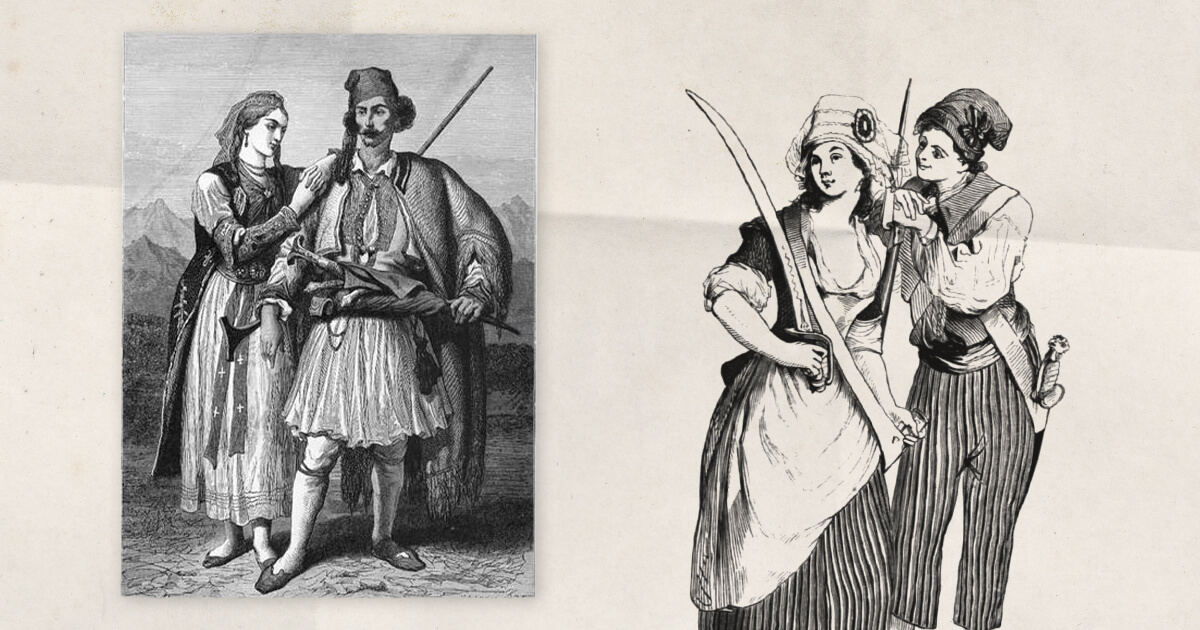