The invention of winter tourism

The fact that we travel to the mountains for a rest in the wintertime is actually a relatively new invention. The small overview in the sisterMAG by author Barbara Eichhammer shows you how it has ever been since the 18th and 19th centuries that we are doing winter holidays in the mountains.

The invention of winter tourism

Winter holidays – this evokes images of a journey to snowy mountains, skiing or spa time. Such a kind of travelling is actually quite a new invention. Our little overview shows you how it happened that we go to the mountains for recreation in winter.

The fascination for the alpine world began with the Enlightenment and Romantic Age. According to Jean-Jacques Rousseau’s dictum »back to nature«, the Romantics embarked on voyages of discovery through Europe during the 18th century. They captured their impressions in paintings and poems, creating a new awareness for nature. Suddenly, people travelled out of joy and no longer just for scientific research purposes. Two key texts of the time changed the discourse on mountains drastically. The didactic poem »The Alps« by Albrecht von Haller (1729) and the epistolary novel Julie, or the New Heloise (1761) by Jean-Jacques Rousseau helped fuel an unprecedented enthusiasm for the mountains due to their idealised descriptions of the Alps. Whereas the alpine world was feared during the Middle Ages as dangerous, it was now romantically glorified. In fact, to this date, mountains were regarded as an uncanny place of dangers, where witches and devils met. This mythical fear gave way to a veneration of the Alps uring the 18th century. Urban travellers were fascinated by the seemingly idyllic nature and the grandeur of the mountain tops, which fulfilled the aesthetic category of the sublime. The mountains turned into a counter world to modern urban life. They symbolized tranquillity, foresight and solitude. In this vein, Rousseau’s novel also triggered the beginnings of literary tourism. Inspired by his reverie of Lake Geneva, countless literary aficionados travelled to Switzerland to see the setting of The New Heloise with their own eyes.

To this date, travelling into the mountains was only available to the wealthy elite, who could afford long carriage drives. Thus, during the 18th century, it was quite common for young aristocrats of England to go on an educational journey through Europe, the so-called Grand Tour. They visited famous European sights, learned new languages and customs and introduced themselves at court. The Grand Tour led them through the Alps and Switzerland, whereby the first tourist infrastructure began to develop. After 1815, the first mountain inns opened: In 1823, for instance, on the Faulhorn (the highest inn in Europe). Mountain railways, hotels, mountain cabins and Anglican chapels followed.

These travelers soon reported their impressions of the Alps to their contemporaries at home, making the mountainous region even more popular.

The myth of alpinism in the 19th century

The enthusiasm for the alpine world reached its climax during the »golden years of alpinism«. Mountaineering was now a sport and celebrated as a liminal experience. From the 1800s onwards, British mountaineers, mostly rich academics and aristocrats, wanted to climb the alpine summits. Climbing also became a sign of national identity. The symbolic power of the mountains was transferred to patriotic ideals: The summit stood for higher goals, the strength and achievements of a united nation. Having conquered new continents by ship, the British now wanted to overcome heights as a sign of their (colonial) power. After the first ascent of the Jungfrau in 1811 by Swiss mountaineers, a series of summit attempts began, which found its tragic climax in 1865. The seemingly invincible Matterhorn spurred England and Italy to compete for its first ascent. England won, until a rope tore apart and four crew members died tragically. All patriotism was suddenly forgotten. What remained was the fascination for the mountains. In the whole of Europe, national Alpine Associations were founded. And even Walt Disney was so intrigued by the myth of the Matterhorn that he established a replica of the mountain replete with roller-coaster in Disneyland California.

At the same time, the expansion of the railway network in Europe made travelling a mass phenomenon for all classes. The new trains were an inexpensive means of transportation, which allowed the middle and working classes to go on day trips or holidays. This is how the packaged tour came into being: When Thomas Cook offered his first group tour in 1841, it led from Leicester to Loughborough. A total of 571 passengers took part in the train journey. A cup of tea, a bacon sandwich and musical entertainment during the train ride were included in the price. The packaged tour and with it, commercialised mass tourism, were born this day. From 1865 onwards, Thomas Cook brought English groups to Europe and in 1863 even to the Alps. Their travel route through Switzerland can still be relived today on the so-called »Via Cook«. The basis for a winter holiday in the mountains was both culturally and socially laid down.

The Alps as health resort

That we travel to the mountains in winter for recreation is due to another development of the 19th century. At the time, the mountains turned more and more into a symbol of fitness, health and healing, when physicians had discovered the therapeutic effect of the mountain climate for lung diseases. In 1841, a sanatorium for consumptive children was opened and from 1853 onwards the climate in Davos was officially regarded as a remedy for tuberculosis. A variety of sanatoriums developed, which promoted their Kneipp cures and fresh mountain air. Ever since Thomas Mann’s The Magic Mountain (1924), Davos became globally famous as a spa town. It was in 1864 that St Moritz also advanced to be an international hotspot and marketed itself as a climatic health resort. Johannes Badrutt, the owner of the famous Kulm Hotel in St Moritz, played a legendary role. Being dissatisfied with the occupancy rate of his hotel in winter, legend has it that he came up with the idea of a money-back-guarantee for his English regulars. If they did not like St Moritz in winter, Badrutt promised to pay them their money back. Moreover, he tried to cater to new target groups such as tuberculosis patients, whom he promised healing in the dry, fresh winter air. After only ten years, more tourists are said to have come to St Moritz in wither than in summer. With the construction of mountain railways and ski lifts in the early 20th century, winter tourism to the Alps finally became the norm. Apart from skiing, many new trend sports developed such as bouldering, canyoning or mountain biking, which associated the alpine world with liminal experiences and a spirit of adventure.

During the last few years, the Alps have experienced a renaissance in our cultural imaginary. Thus, experts even detect a so-called »alpinisation« of urban spaces: climbing gyms, restaurants with alpine dishes or alpine clothing as street wear bring the mountains to the city. The symbolic power of the Alps as a place of health and fitness is transferred here to our daily urban lifestyle. And one romantic image persists: The snowy cabin remains a place of longing. Popular culture establishes the alpine world as a haven full of romantic solitude, tranquillity and recreation. A counter world to our hectic city and adversities of modern life. 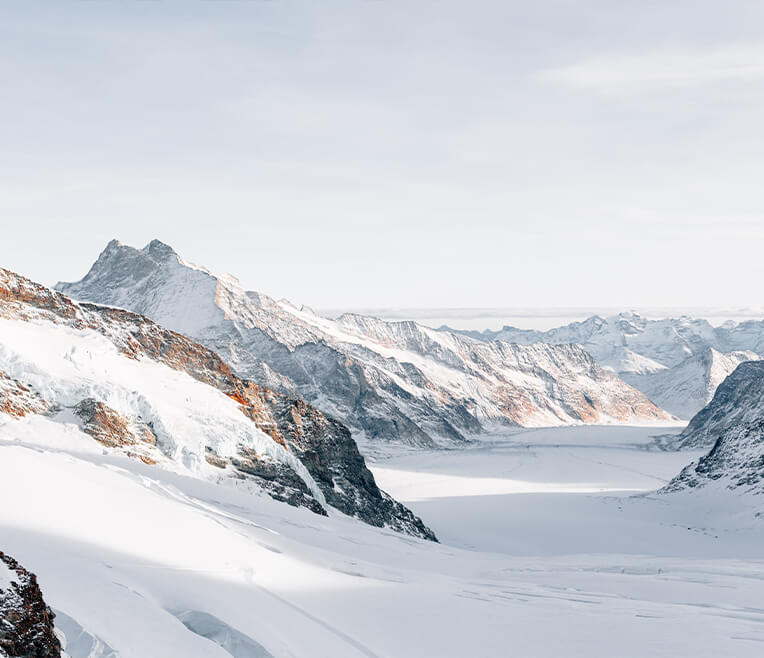 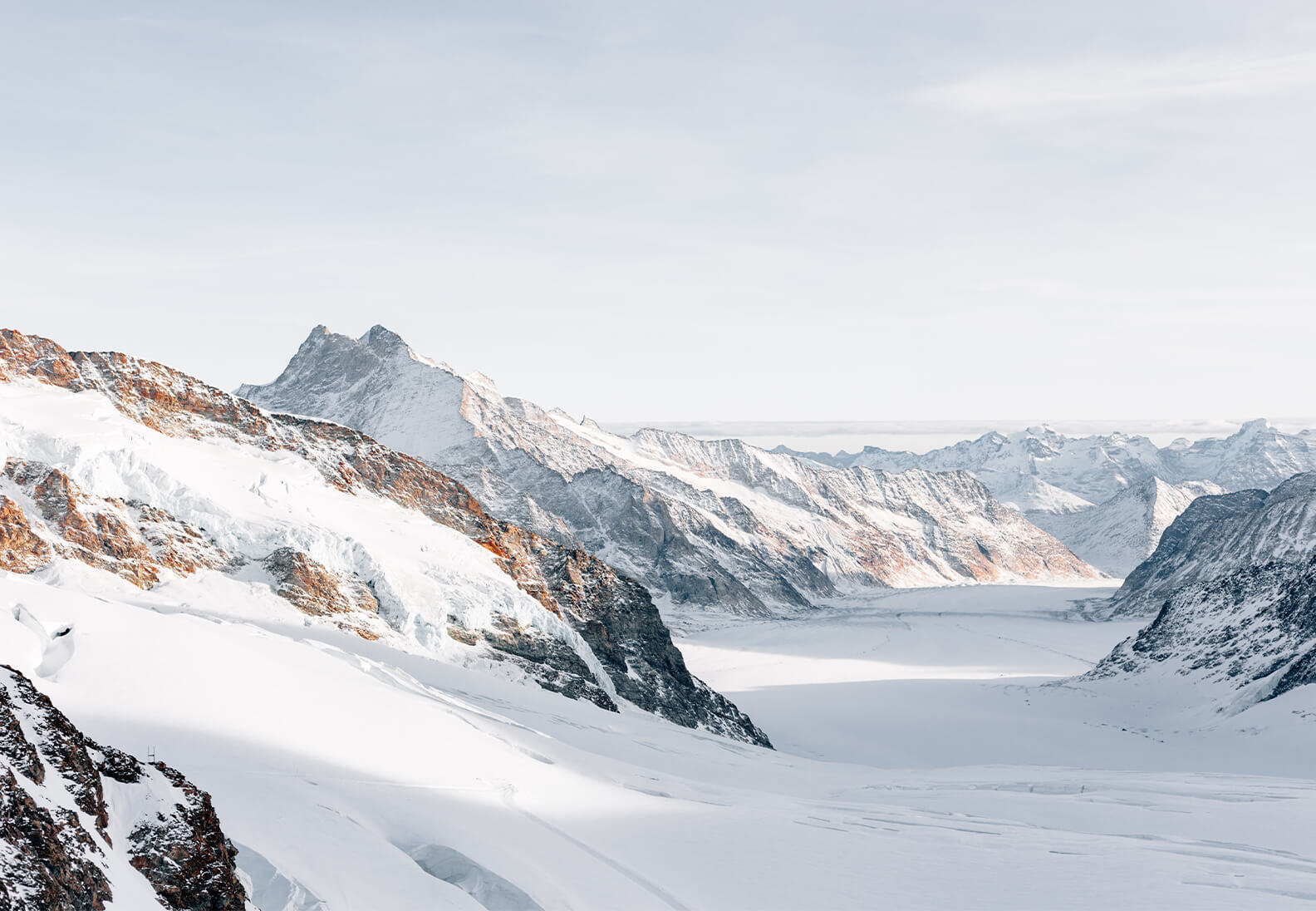 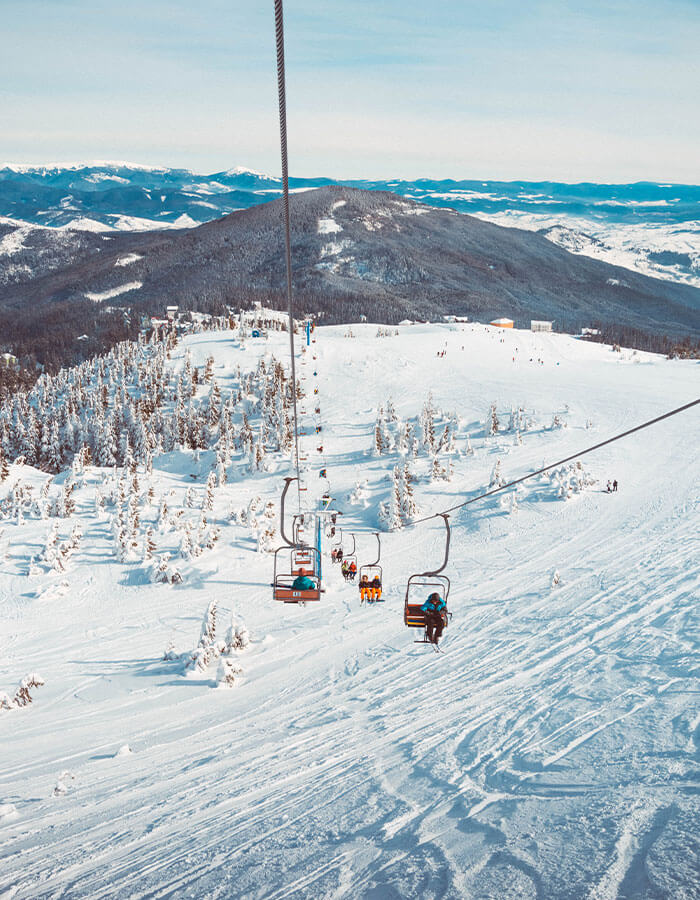 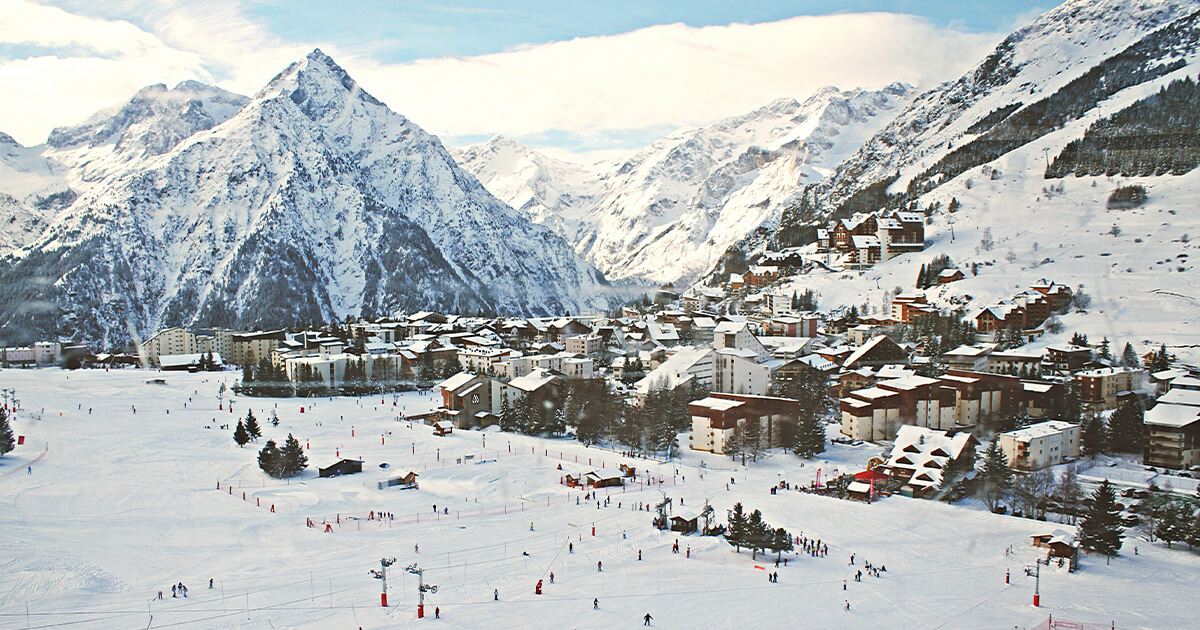