»The First Russian Exhibition« in Berlin

In 1922, numerous artists from the Russian avant-garde presented themselves for the first time to a larger Western European audience at the Galerie van Diemen & Co gallery in Berlin. Also Olga Rozanova, who painted the title artwork for sisterMAG No. 53, was represented in the show with her works, even though she had already died in 1918 at a young age. Today, the importance of the Russian avant-garde is no longer in doubt and art is an integral part of the art-historical canon. The show of 1922 had a major role in the development. Read the article by sisterMAG art lover Caro here.

»The First Russian Exhibition« in Berlin

»Creative work is transformation. It is therefore impossible to be creative by using existing forms.«* – Viktor Shklovsky, 1919

In art history, the term »avant-garde« refers to all artistic movements that emerged throughout the 20th century. Cubism, expressionism, constructivism, surrealism – to name but a few. The artists of the broadly defined »Russian avant-garde« comprise a significant part of the canon. Between about 1905 and 1934, Russian artists, particularly in the metropolises of Moscow and St. Petersburg, united their artistic forces in fine arts, literature, music and theatre. Their work drew on Western influences and Eastern traditions.

The October Revolution of 1917 was an incisive moment in the development of the avant-garde as the Bolsheviks turned discussions around art increasingly political. But this did not detract from the avant-garde movement. Even Soviet rule after 1922 was initially unable to stop the art scene from experimenting. On the contrary: it seemed as if it had stimulated creative spirit even more. With Stalin’s assumption of power, however, the avant-gardists’ artistic aspirations gradually became incompatible with the political demands for functional art, which marked the birth of later »Socialist Realism«.

The various factions of the Russian avant-garde, despite having different styles, were all united in the belief that art should be integrated into daily life, and the desire to realize one’s own artistic utopia.

In 1922, in Berlin, the comprehensive oeuvre of the Russian avant-garde was first made accessible to a larger Western European public. Despite having been celebrated at the time, the exhibition is largely forgotten since. However, its significance is undisputed and the Russians’ artistic contribution has become an integral part of modern art history.

On the premises of the Galerie van Diemen & Co, which was located at Unter den Linden 21*¹ near the Russian Embassy until it was expropriated by the Nazis in 1935, the artists David Sterenberg, D. Marianov, Nathan Altmann, Naum Gabo and Friedrich A. Lutz, the director of the gallery, organized a show with more than 700 works of art by 167 artists. Proceeds from the commercial exhibition were donated to aid organizations which supported starving people in Russia.

The approximately 15,000 visitors were treated to a multi-faceted overview of Russian art since 1905 with paintings, graphics, sculptures, architectural models, stage sets and porcelain works.

»We intend to give a sketch which introduces Europe to the new Russia. In order to make the development of Russian art understandable, we must characterize whole movements as well as emphasize individual artists.«*² – Abstract in the exhibition catalogue, 1922

A short walk through the exhibition:

It began with »Peredvizhniki« (»Wanderer«) collective, which devoted itself to realistic paintings and depicted Russian peasant life. Next came the largely unknown representatives of Russian Impressionism, who had little connection with the movement popular throughout the rest of Europe. Delicate and atmospheric landscapes, such as those by Konstantin Korowin, found their place here. The »Jack of Diamonds« group was next to exhibit, showcasing works that were stylistically oriented towards late Impressionism and Cubism. Then came the Expressionists, followed by Cubism, which in Russia developed independently from the European movement. Both Expressionist and Cubist approaches belong to the realm of abstract painting and paved the way for art to move increasingly in this direction. Images of »Suprematism« (from the Old Latin supremus, »The Highest«) return to the essence of simple geometric forms whose laws cast diverse new paths and possibilities for the next generation of Russian artists. The painter Olga Vladimirovna Rozanova, who had already died at the time of the exhibition, contributed 14 pieces – with titles like »Suprematic Decoration«, »Composition« and »Figure« – alongside works by El Lissitzky, Alexander Rodschenko and Kasimir Malevich, who was one of the most renowned artists of the show.

Wassily Kandinsky, another highly recognized artist, and Vladimir Tatlin were also to be seen in this area of the gallery. Tatlin represented the transition to Russian production art. Constructivism is another branch of non-objective art. It was represented by Naum Gabo‘s sculptures, among others. The sculptures’ spatial construction finds shape through diagonally crossed surfaces of a basic form. »Constructive Torso«, for example, is a particularly important work and is now a major piece in the Berlinische Galerie. Gabo himself was responsible for the three rooms of the exhibition, in which his own works were also on show. It would not be a stretch to say that Gabo’s works made the show famous. There were also numerous pieces by art schools from farming and proletariat circles, as well as the Staatsporzellan- und Graviersteinfabrik (federal porcelain and engraving factory).

The show concluded with the theatre department, which produced sketches, drafts for Russian theatre productions, and posters.

The exhibition was ceremoniously opened on October 15, 1922. Its duration was extended until the end of the year. In the spring of 1923 it moved on to the Stedelijk Museum in Amsterdam.

»In Berlin, one exhibition chases another: Twisted forms and bursting colours. In this colourful confusion the Russians introduced primordial sources of colour and the straight line of purity and power.«*³ – Lajos Kassák, 1922 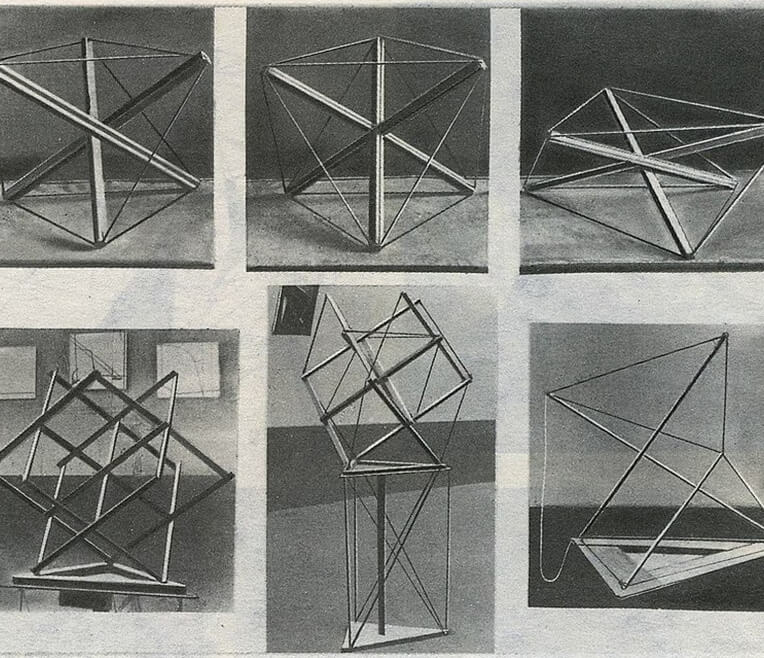 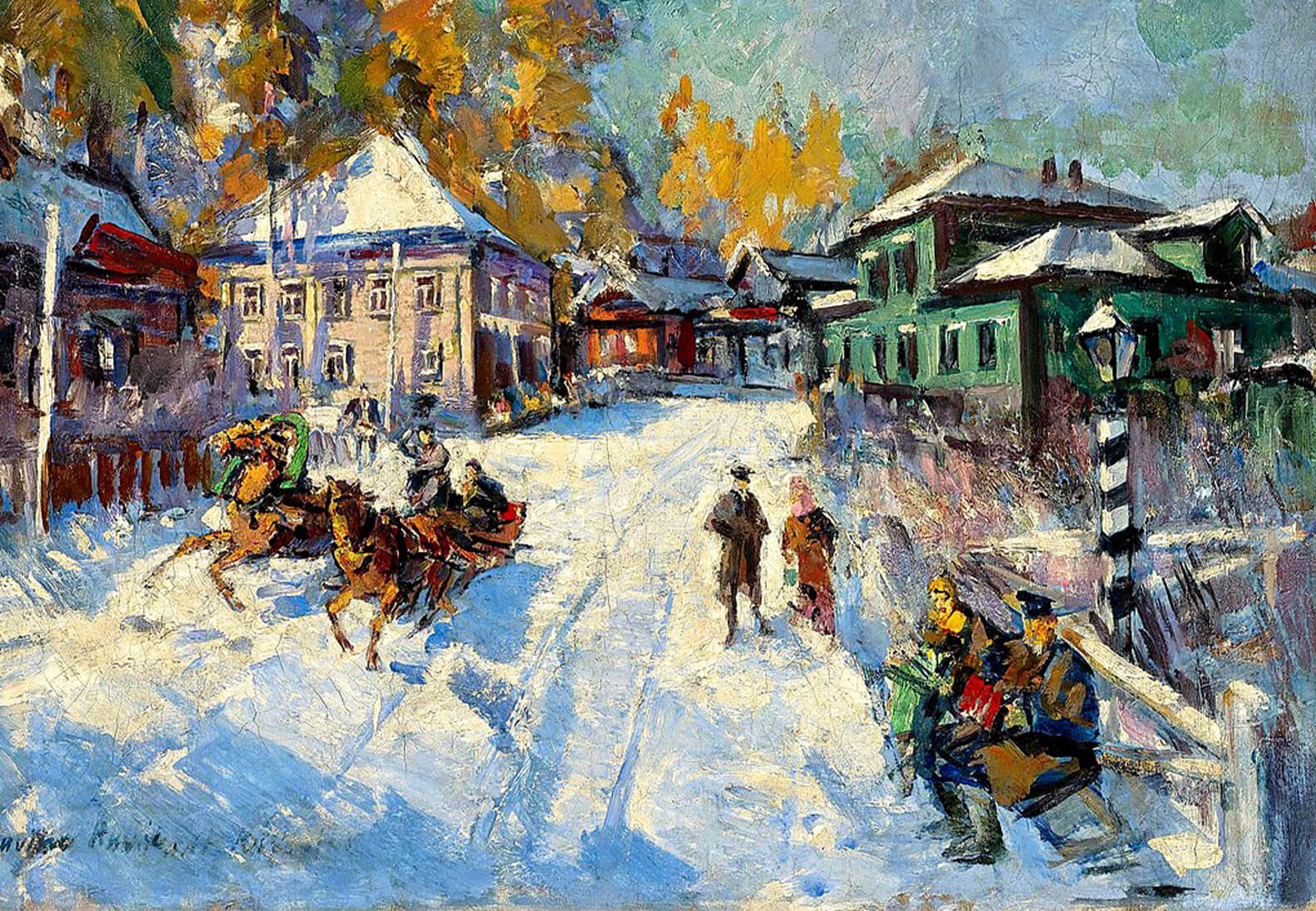 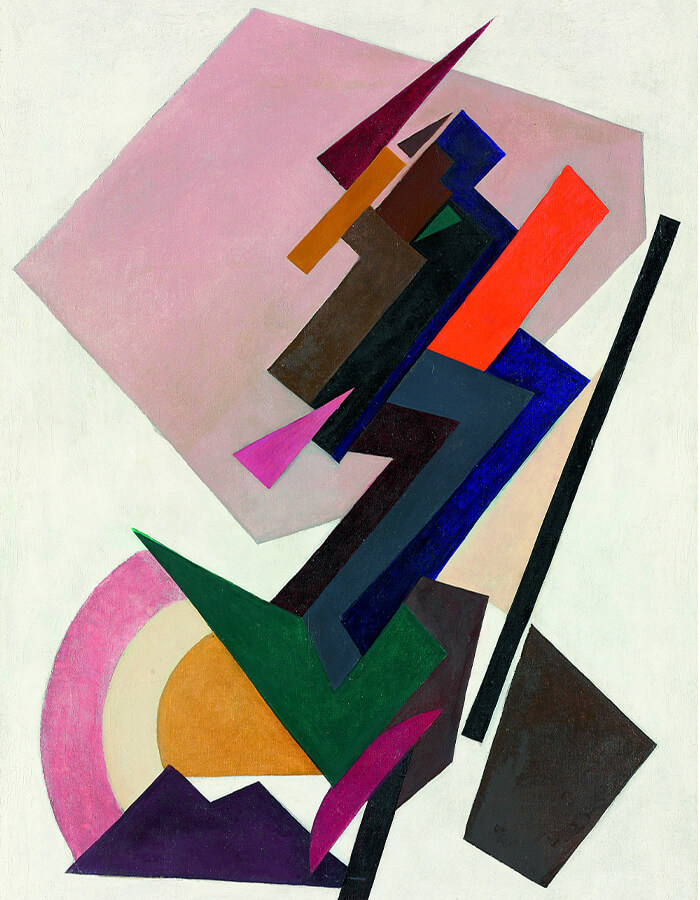