The Year 1485 and the powerful Italian City States

What was happening during the year 1485 in which our main artwork for this issue, Botticelli’s »Venus and Mars« was created? What were the news, what was occupying people’s minds, and which developments determined daily life, or not? In our series »The Year X« we take a closer look at a certain year and fill the number with life. All the different areas of life play a role – politics and history, arts, meteorology, the public sphere – in reconstructing the historical context to paint the bigger picture. In this issue, we focus more than usual on one geographical region: Italy and its complex fabric of city states, duchies, and kingdoms, an absolute cultural and political hotspot in the late 15th century.

The Year 1485 and the Italian City States

When Botticelli painted »Venus and Mars«

Describing life in the year in which our main artwork for this issue was created, as we do in our monthly series »The Year X«, turned out to be slightly different this time – for two reasons: Of course, international exchange was thriving long before 1485. Compared to our globalised present, however, it was mostly taking place at official levels and less in people’s daily lives. Secondly, there is the question of historical sources. As research for this article has shown, the number of sources is not the problem. The challenge rather lies in finding and accessing the right materials. So, what was happening while Sandro Botticelli painted »Venus and Mars«?

In Florence, only few are left challenging Lorenzo de Medici’s – also referred to as Lorenzo il Magnifico – claim to power. Officially, the city is a republic, but the Medici family has succeeded in converting their excellent connections and vast fortune deriving from Lorenzo’s grandfather’s prosperous business deals into a de facto reign. The rise of Florence as the »cradle of the Renaissance« is largely due to the Magnifico’s devotion to the arts and generous financial support for various artists. Starting from the middle of the 1480s, he also accomplishes the diplomatic feat of turning Florence into a pivotal actor on Italy’s tricky political stage.

This stage is generally dominated by five main powers: Florence, Venice, the Roman Pontifical State, the kingdom of Naples, and the Duchy of Milan. Alliances and oppositions, however, are in constant flux: A period of hostility between Florence and Rome, or rather, Lorenzo de Medici and Pope Sixtus IV during the 1470s has resulted in a war in which also Naples, an ally of the Pope, is involved. The matter is settled in 1484. Venice, meanwhile, has been trying to invade Ferrara but is stopped by Milan as well as Florence and Naples who are now allies. The next argument erupts right in the heart in Naples, when barons instigate a revolt against their king, supported by Pope Innocent VIII, who has since succeeded Sixtus and is no friend of Ferdinand. Lorenzo de Medici takes the side of his challenged Neapolitan counterpart this time.

135 km east of Florence, in the tranquil Duchy of Urbino, the son of painter Giovanni Santi and his wife Magia Ciarla, Raphael, is turning two years old. His rather peaceful circumstances change profoundly with the death of his mother in 1491 and of his father just three years later. Raphael moves to Perugia where he enters the bottega (workshop) of famous painter Perugino. Thanks to his exceptional talent and striking charm, the young artist rises quickly and becomes a painting legend still during his lifetime.

Early Renaissance is the golden age for artists, scientists, and the bourgeoisie who gain more and more self-confidence. Humanism is the prevailing attitude and the view of the world becomes increasingly anthropocentric: An intellectual transfer of power to the individual human being is taking place. The new self-image of citizens as individuals acting on their own responsibility becomes particularly evident in Florence where keeping a personal diary is now en vogue. What’s more, as required by the catasto, a tax system introduced in 1427, Florentines must report regularly on their wealth, income, and expenses and thus gradually start to perceive themselves as independent economic parties.

Although no mainstream yet, the market for printing is rapidly evolving both south and north of the Alps. More and more writings are printed, and books published. Mainz, for instance, sees the launch of the first printed book on herbs in German under the title »Gart der Gesundheit« (an antiquated expression which loosely translates to »garden of health«). Already, Frankfurt am Main has been identified as a suitable meeting spot after the first »Frankfurt Book Fair« has taken place the year before (the tradition of the current Messegesellschaft, however, does not go back as far; it was founded in 1907 and today’s Book Fair takes place since 1949).

Leon Battista Alberti is writing a lot. In 1485, he finally has »De re aedificatoria« printed and published, a treatise on architectural theory in ten books that he had finished some time ago. In the spirit of the Renaissance, it features ample reference to antiquity, in particular to Vitruvius’s »De architectura«. Alberti is highly regarded as an architect. Among his achievements is the completion of the famous façade of Florence’s Santa Maria Novella in 1470. What he, or anybody, cannot yet know is that this façade is about to become an important source of inspiration for many fellow architects, most notably in the Baroque era. Likewise, his printed work remains a standard source not only for architects until well into the 18th century.

Jakob Fugger is generally regarded as a pioneer of capitalism and a rather successful one, too: According to today’s projections, his assets were equivalent to more than 350 billion euros. In other words: To this day, no one has become richer than Jakob Fugger, not even powerful dynasties such as the Medici and other Italian merchant families, to whose predominance Fugger, based in pretty, buzzing Augsburg, represents a heavy counterweight. Pursuing a holistic approach, he complements his wide-ranging network of business partners, rulers and church leaders with generous philanthropic activities such as setting up the Fuggerei, an early – some say the first ever – model of a social housing project.

In autumn, Venice is mourning the death of Giovanni Mocenigo, the 72nd Doge of La Serenissima. His reign does not fall in a particularly happy period: In 1483, a fire in the Doge’s Palace had forced him to move temporarily. The plague keeps flickering (it is also the cause of his death), while the Pope, taking disciplinary measures after a Venetian attempt to seize Ferrara, had banished him provisionally from the Church. Unlike the plague though, this conflict, involving also Florence, Naples and Milan, can be solved through a peace agreement concluded in the year before his death.

Meanwhile, in Spain, the Reconquista is in its final phase. The Christians celebrate another victory when they manage to take over Setenil, but it will be another seven years until the final triumph, symbolised by the reconquest of Granada. Considering the historical context of the entire undertaking, however, which began in the 8th century, this seems like the blink of an eye which, of course, it really wasn’t for those involved on either side.

Simultaneously, the search for a sea route to India is in full swing. While numerous explorers, many of them from Spain or Portugal, are setting sail or are about to, in the town of Medellín in southwest Spain, Hérnan Cortés is just being born. No one can know yet that his future career will be leading him to America, because Columbus has not yet rediscovered the continent. Fast forward several decades, and Cortés and his troops are raiding the Aztec Empire and its capital Tenochtitlan – on whose ruins, again much later, Mexico City will be built. 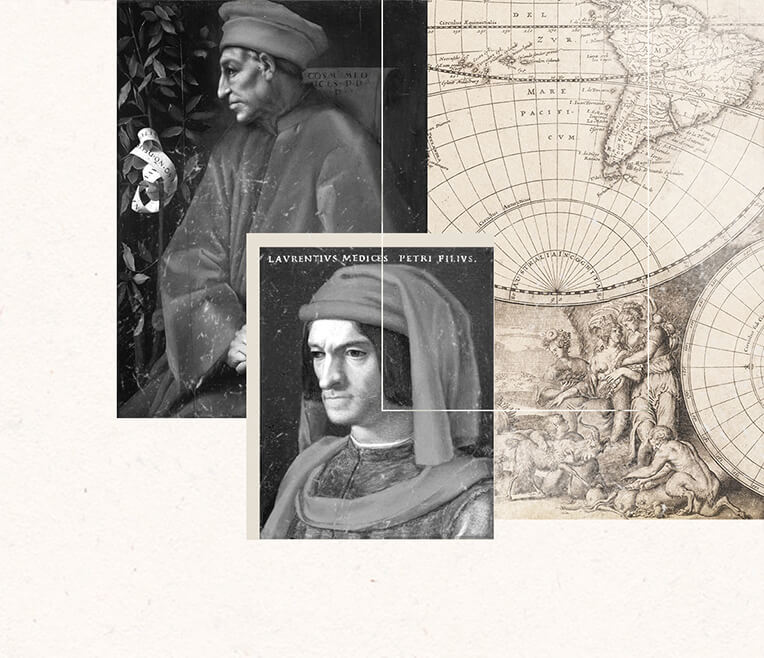 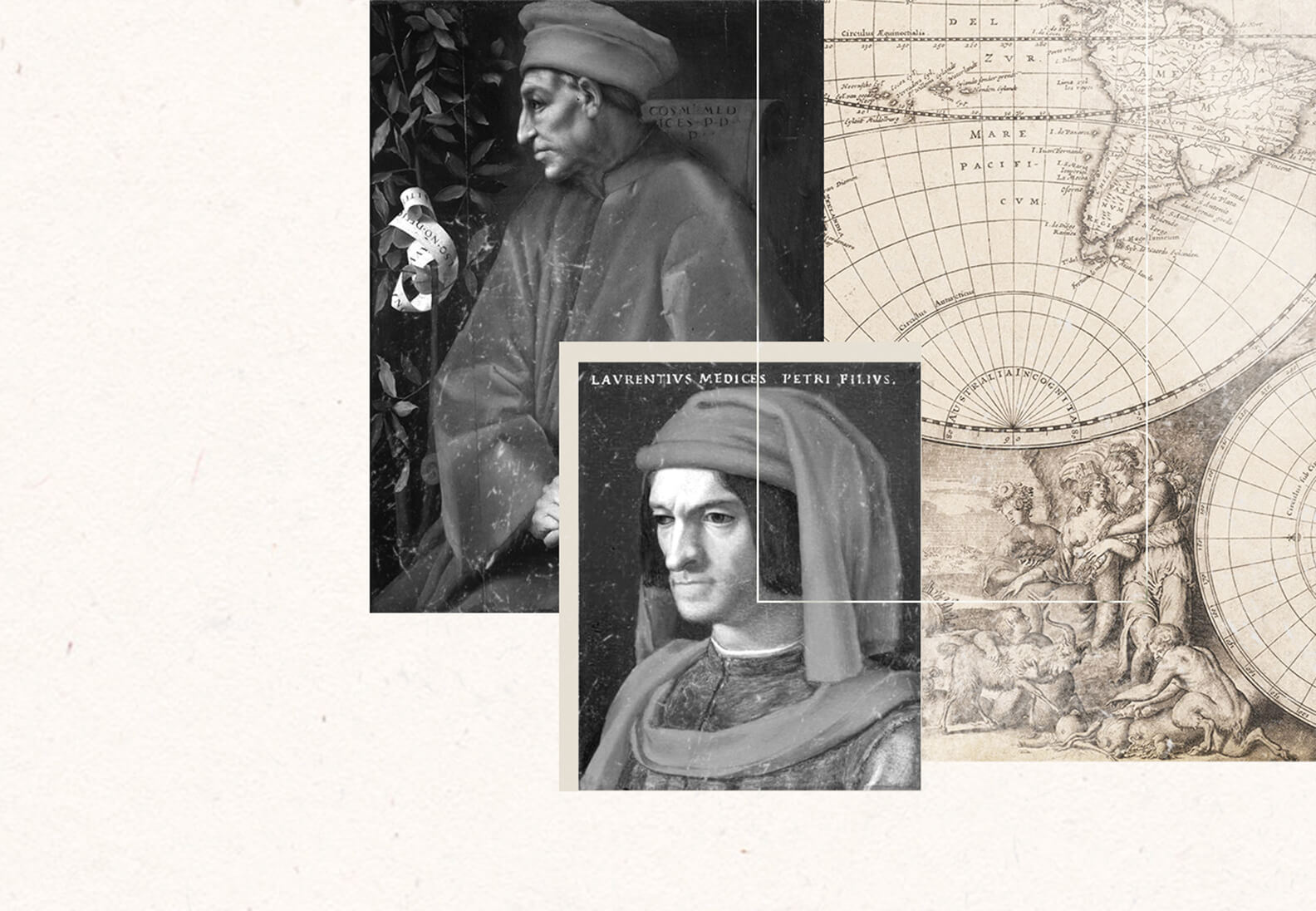 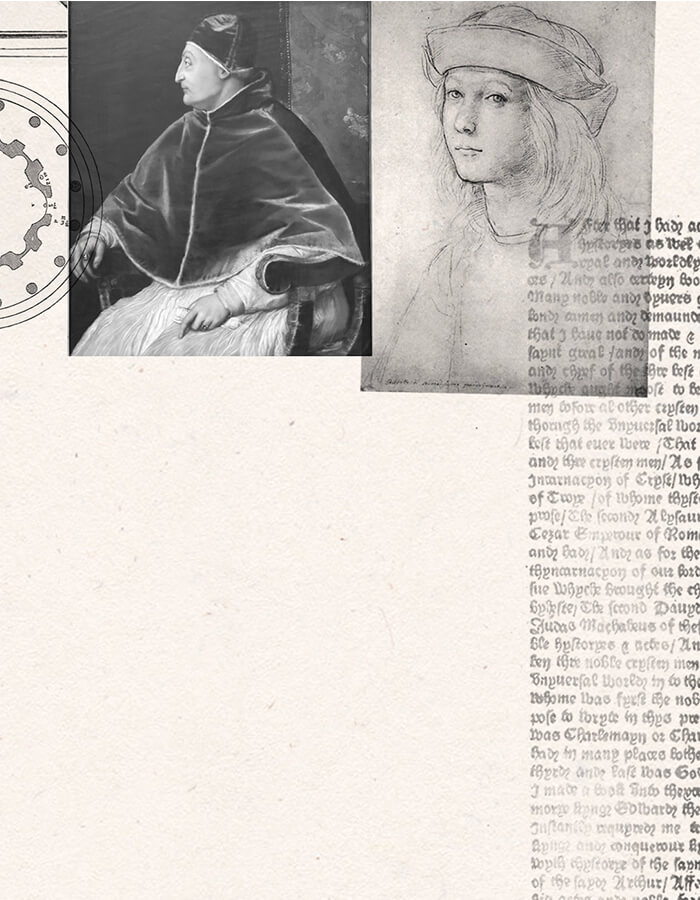 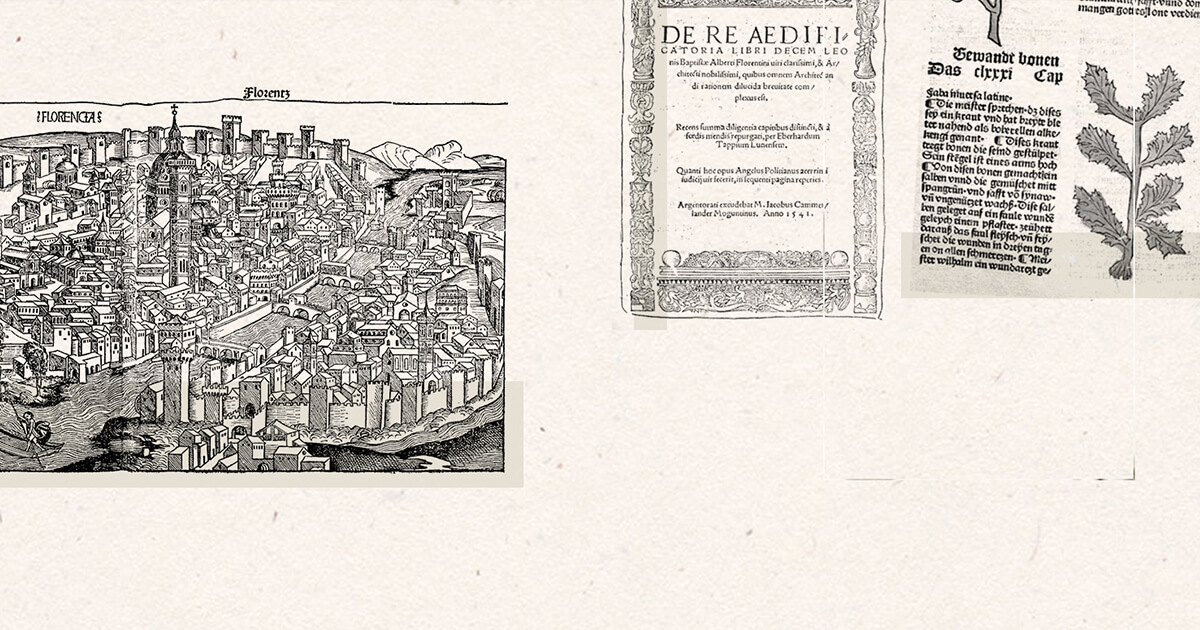