The words spalliera and cassone sound rather Italian – and they do indeed come from the language of the boot-shaped country. Translated to English, they mean »panel« and »chest«. But there is much more to these words than you’d expect: a world of splendid art. In sisterMAG, we take a look into the world of the Cassone and Spalliera pictures, their location, their topics and who they were made for with author Marlen Gruner .

The words spalliera and cassone sound rather Italian – and they do indeed come from the language of the boot-shaped country. Translated to English, cassone means »chest« while spalliera are the painted »panels« that are applied to the upper parts of walls or pieces of furniture (like a chest). Both words play an essential role when looking at Sandro Botticelli‘s »Venus and Mars«.

As it happens, his work of art is actually a cassone painting. Scientists think so due to the size and format of the painting. At 69.2 cm high and 173.4 cm wide, the painting is fairly wide and was even painted on wood using oil and tempera paint.

But what exactly is a cassone painting? Let’s shed some light! Back in the day, cassone paintings were used to embellish chests – wedding chests of Italian brides, to be exact. And not just any bride: paintings of this kind were mostly found on the chests of Florentine ladies during the Renaissance period of the Middle Ages.

A hint towards Botticelli’s customer and the place where the painting was commissioned could be the wasp that can be found in the upper right corner of the picture. The wasp is the heraldic animal of the Florentine house of Vespucci who had a close relationship to the painter. Especially their daughter Simona Vespucci had taken to him – she was the muse of many Renaissance painters and was said to be the most beautiful woman in Florence who certainly turned countless heads. Some researchers even believe her to be the inspiration for Botticelli’s Venus. Another hint towards a Florentine background could be the fog-shrouded dome which art connoisseurs have identified to be the dome of Florence.

Love as a popular theme

Even Venus and Mars themselves could be a hint that the panel stems from a wedding chest – they were the couple in Greek mythology and embodied love like no other couple before them. Incidentally, love, weddings and marriage were popular themes for the embellishment of wedding chests. They were usually decorated all over: the front and sides were sometimes even covered in wooden carvings or reliefs made from plaster in addition to paintings.

According to connoisseurs, the love between these two famous characters is the focus of the piece. What’s interesting is that the God of War, Mars, is shown half-naked and without his weapons while Venus is wearing a light robe. Some interpret the painting to mean that the Goddess of Love Venus (and thus love itself) have triumphed over the violence of war. But the nakedness could also just be inspired by Botticelli’s travels to Rome where he studied nudes on ancient sarcophagi – although the other interpretation is much more romantic.

A lance as connection of thoughts

And experts have discovered even more: while Mars appears to be resting, they believe Venus to be attentively watching out over the scene. The lance is seen as a connection and possible carrier of Venus’s thoughts towards Mars, as if she wanted to steer his thoughts. The lance is also adjusted so it doesn’t point towards her head but her heart – a possible symbol for the emotions at play.

The nature surrounding them is reduced to the most essential bits, simply framing the lovers to put them in the spotlight. An interesting symbol is the branches of myrtle that sprout around the heads of both lovers. In ancient Greece, they were the plant of the goddess Aphrodite and have since been seen as bridal jewellery – and thus a definitive sign that the painting belongs to a cassone panel of a Florentine wedding chest.

Grand chests for dowry and memories

Now the only question remaining is what were these chests used to keep? Research shows, that wealthy Florentine families gave them as wedding gifts filled with many goods. Wives used the chests to keep their dowry including tablecloths and linens or even christening robes and baby clothes.

This dowry that the bride was supposed to bring to the marriage was kept inside a chest that would be as embellished as possible. In addition to cassone and spalliera paintings, names, chest of armour and dates were included to personalise the chest. If there was enough space inside that Florentine ladies also kept their wedding dresses inside these chests to keep their memories of a most special wedding day close. 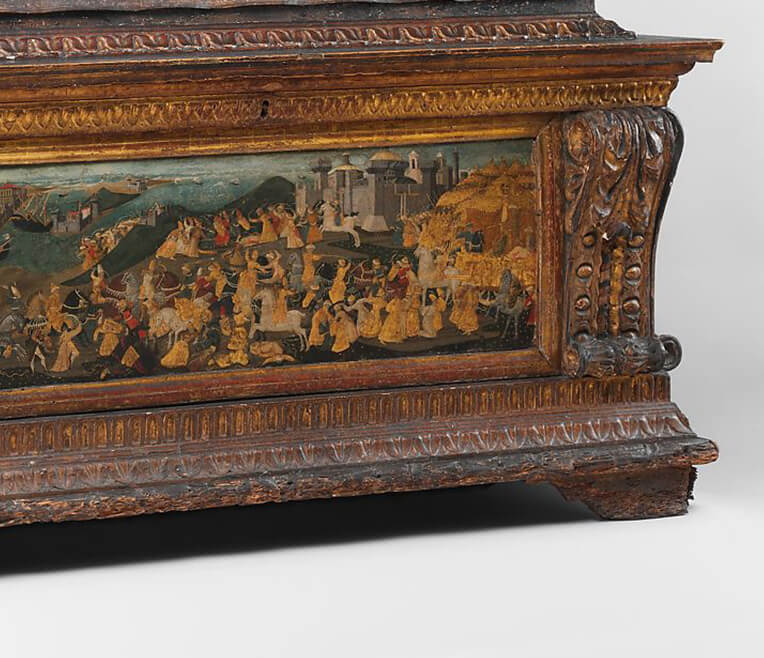 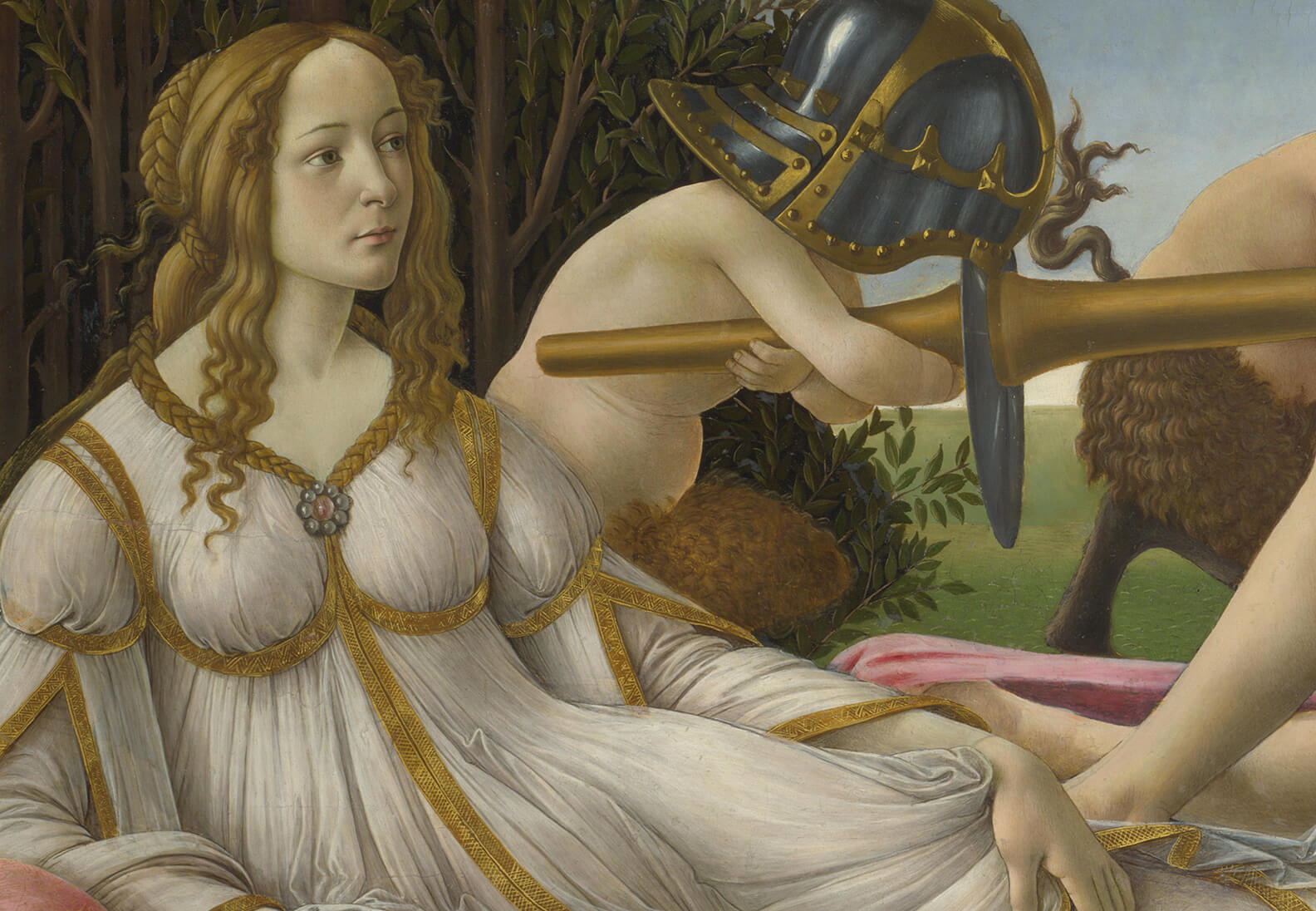 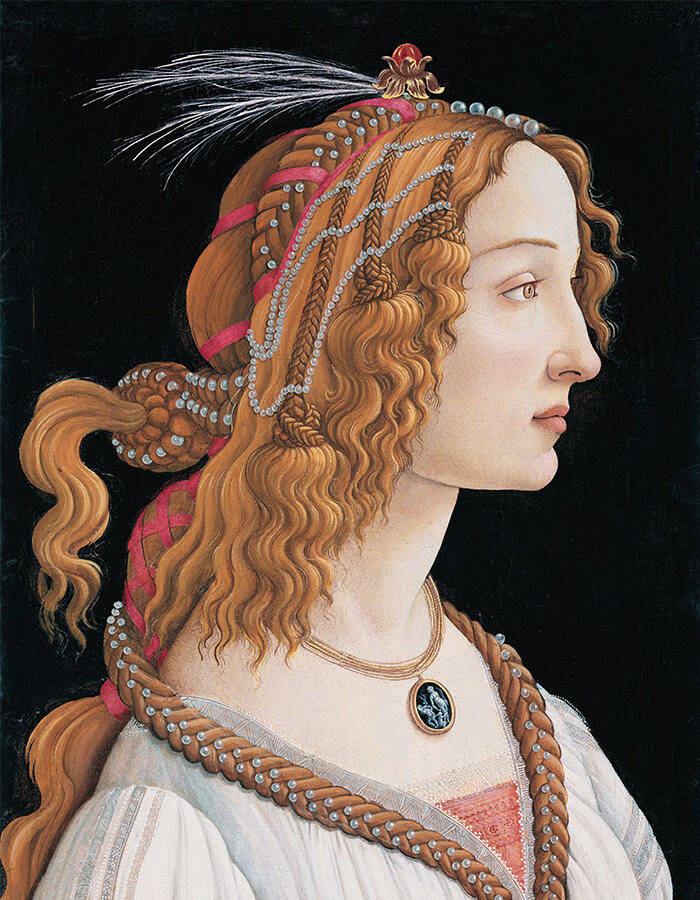 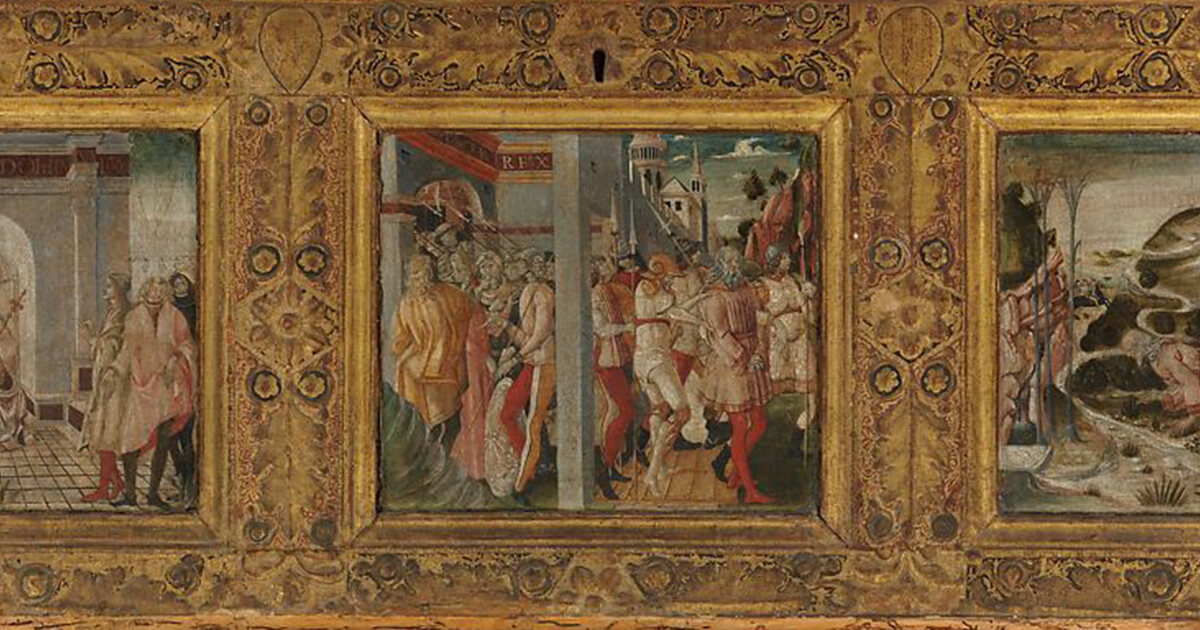