Kissing, smooching, pecking – there are many words to describe a kiss, which is the central theme in Gustav Klimt’s eponymous work. They all describe what is probably the second most beautiful small pleasure in the world, celebrated every year on July 6th with its own day of honour. It is said to derive from the Old English word »cyssan« and is known in research as philematology. The gesture isn’t only pleasing; it is also healthy. And a little risky, as these bizarre facts about kissing reveal. Read the full article by writer Marlen Gruner in the new issue of sisterMAG.

Kissing is forbidden in some places

There certainly are absurd laws around the world concerning kissing. In the U.S. state of Michigan, for example, it is forbidden for a man to kiss his own wife on a Sunday, the Day of the Lord. In France, on the other hand, it is forbidden to kiss on or at a railway crossing. At least that can be justified for safety reasons. And in Indonesia, India, Dubai, Malaysia and Russia, kissing in public is completely forbidden.

Yes, kissing is good for one’s health. More precisely, for the immune system. This is due to the exchange of bacteria, tens of thousands of which change up the oral microbiology to boost one’s immune system in their new environment. In the blood they activate defence cells and thus act like a vaccination. At the same time, kissing stimulates the flow of saliva, which keeps enamel intact. In addition, the release of the stress hormone cortisol is reduced while the happiness hormones serotonin and dopamine are increased. This culminates in a real intoxication. The best part? Kissing leaves no hangover. Physically, at least.

Kissing also stimulates circulation and metabolism. At the same time, one’s pulse and blood pressure rises while kissing, which burns calories. According to Austrian scientists, this is about the equivalent of jogging 100 metres, at a rate of five to seven calories per minute of kissing. In order to burn calories really effectively, however, one would have to kiss aggressively over a long period.

Kissing can be dangerous

But there’s more to kissing than the positive side. For example, in mafia circles a godfather’s kiss on the forehead of a mafiosi is considered a death sentence, showing that he has disgraced the clan. There is also the Judas kiss, which, according to the Bible, signalled Judas’ betrayal of Jesus. Whoever is afraid of kissing suffers from philemaphobia, a composition of the words phobos (fear) and philema (kiss). There are also medical dangers. The bacteria exchanged during a kiss can transmit periodontitis and caries. But this does not mean that you should refrain from kissing and keep your distance.

While an intimate kiss in the 80s lasted only about five seconds on average, today a kiss lasts closer to 12. Indeed, we take more time to indulge. A Thai couple even took it over the top: Ekkachai and Laksana Tiranarat kissed for 58 hours, 35 minutes, and 58 seconds, setting a world record for a continuous kiss in 2013.

Kissing has (no) history

For a long time, some parts of the world were completely void of kissing. In African tribes and in the Pacific, for example, as anthropologists found out. A French ethnologist’s research in 1897 found that »in China, it was considered a ‘repulsive variant of cannibalism’«. (1) It was the Western world that made kissing popular, using media to spread the gesture around the world. Today, 90 percent of the world’s people kiss, but only about half (46 percent) of the 168 cultures researched do so for romantic reasons. So where did it all start? Researchers believe kissing has its roots in India, where 5,000-year-old evidence of the first representations of people kissing was discovered.

Kissing in the animal kingdom

It is not only humans who show their affection for each other through lip and tongue games. Bears, birds, dogs, cats, and monkeys also »kiss« each other – bonobos and orang utans even with tongue. Birds feed their offspring with pre-chewed food from beak to beak, an act referred to as premastication. Some researchers see this as a precursor of the kiss. Others consider it to be breastfeeding.

Most people kiss with their eyes closed, by the way. Around three percent of women and 37 percent of men keep their eyes open. The rest, and thus the majority, close their eyes. As researchers discovered, this has less to do with romance. The psychologists Polly Dalton and Sandra Murphy from the University of London found out that visual stimuli can influence what one feels. The sense of sight then dominates the sense of touch, so we unconsciously close our eyes to focus entirely on smooching. 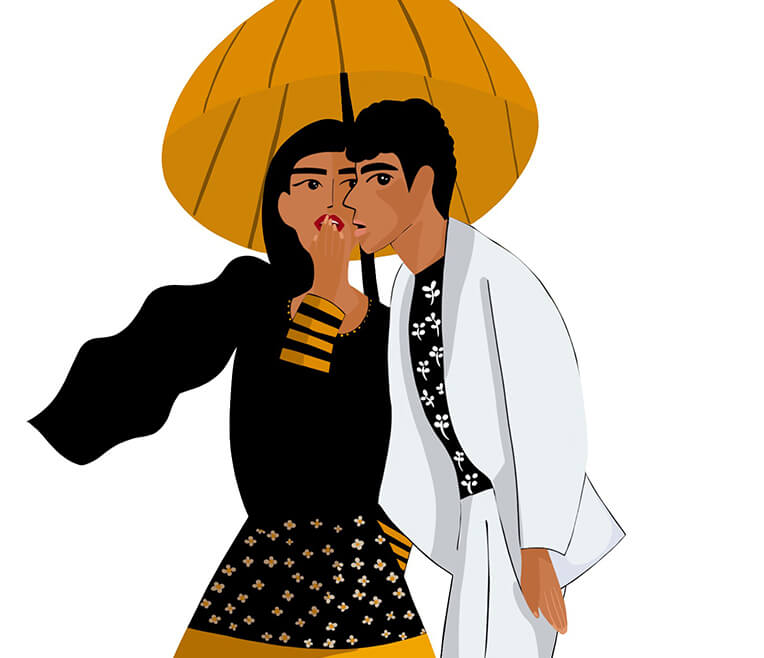 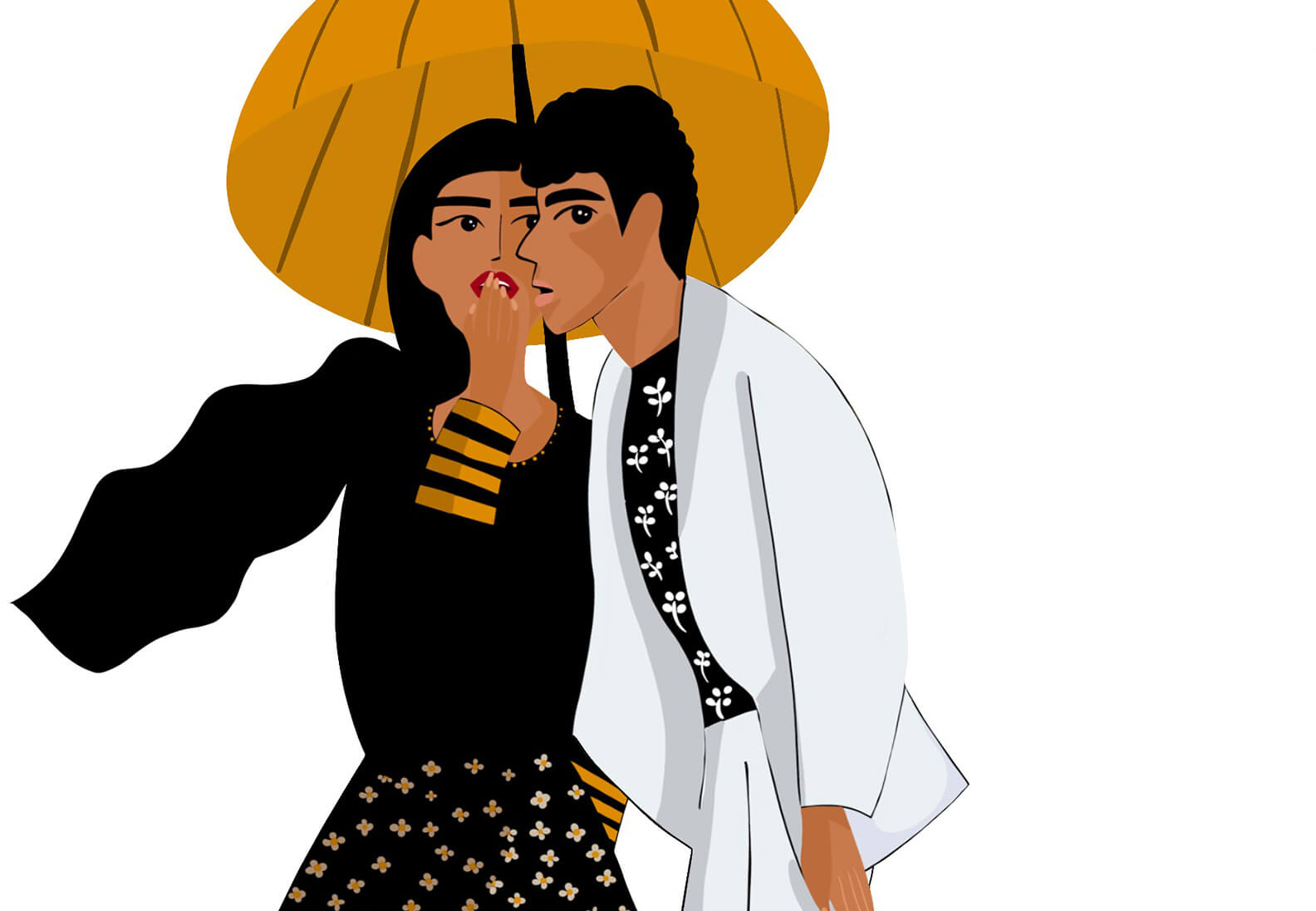 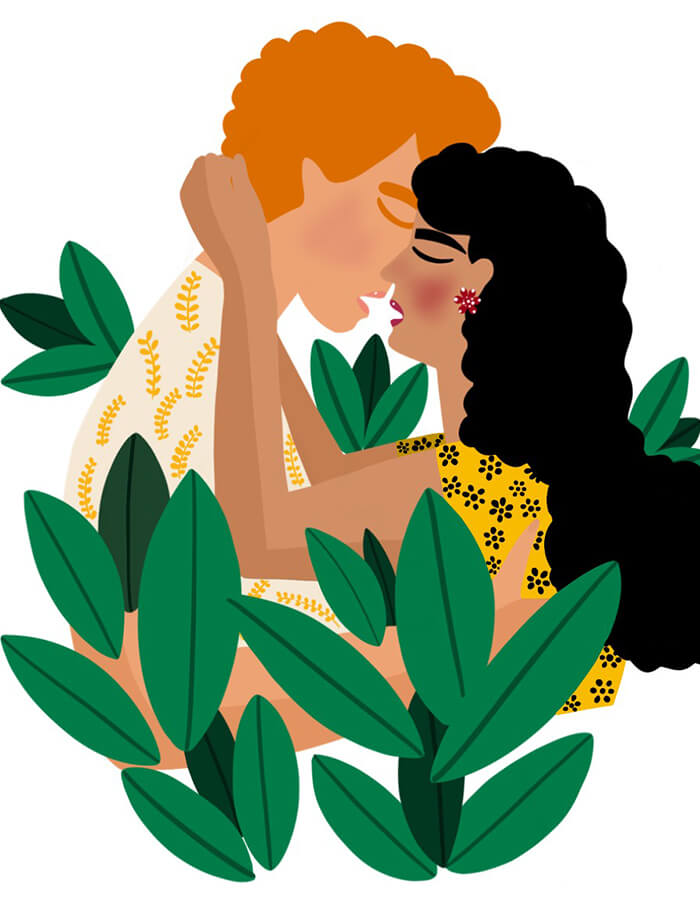 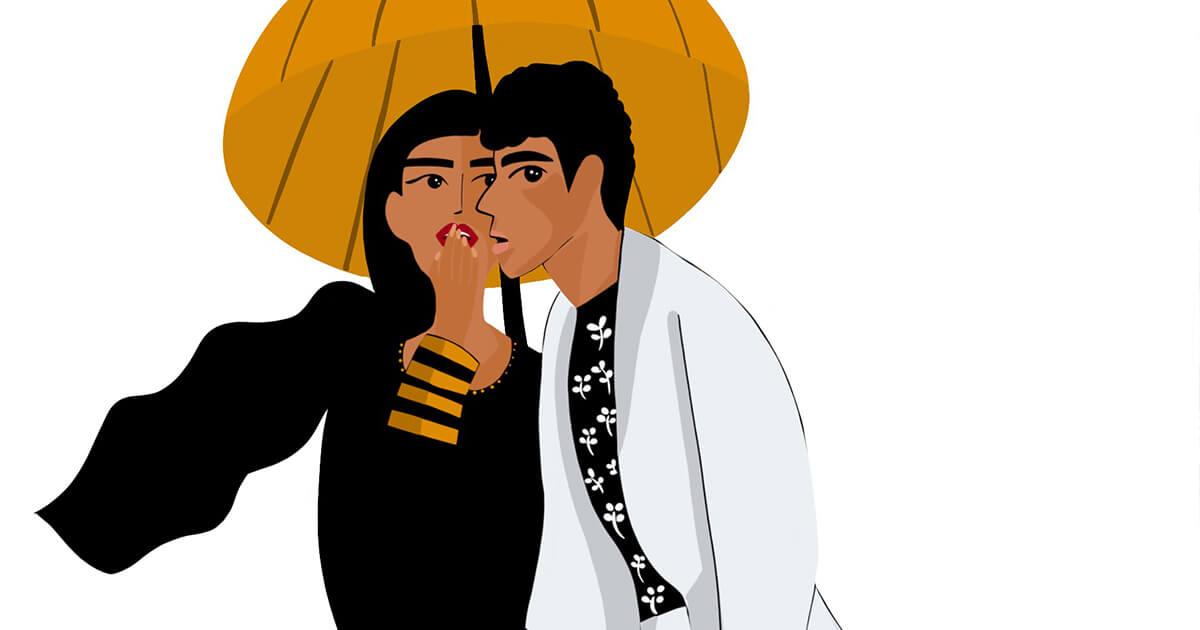