In the new sisterMAG issue, author Julia Laukert focusses on the stylistic period of the Baroque – with an eye on Italy. Baroque stands for generosity, self-confidence, and courage. Read the whole development of a style period here.

In the glow of this magnificent world of art

The cradle of this epoch stands in Rome during the age of the papacy, around 1600. The Catholic church was the main catalyst for the development of this new style, a merging of all arts that created an impressive unity between architecture, sculpture, and painting.

Translated from Italian, the word »barocco« literally means »crooked« or »irregular«. Although baroque stands for strong movement among architectural and decorative components, it is anything but capricious. There is a strict foundation to its language. Rome spurred the development of a basic structure around various Baroque styles, which transcended boundaries and grew to a global movement.

Baroque is the great age of churches. The first baroque building is Il Gesù, the mother Jesuit church in Rome.

Started in 1568, Il Gesù’s blueprint and construction combine the most important elements of the Baroque style. The two-storey façade sets the building in motion on the street. This is continued in rhythmic room design inside the church. Sweeping wall lines, imposing columns and pillars, diverse wall and room divisions, a strong relief effect, the organic fusion of elements, and blasted gables are all typical of Baroque architecture, both inside and outside. Baroque interiors can be recognized by elaborate decorations made of precious materials such as gold, silver, or marble. The nave in churches of this style is shorter and wider than in Romanesque or Gothic buildings.

In Baroque church architecture, the master builders experimented with light and a previously unknown interplay between decor and architecture that led to a uniform scenography. Critics later accuse this festive architecture of being irrational and intoxicating. But Baroque architecture is neither arbitrary nor unrestrainedly spontaneous. It expresses the idea of a system of order that encompasses all manifestations of life. It appears as a reflection of a worldview that is inherent in lust and religious ecstasy.

Baroque architecture forms the framework for a magnificent body of art: sculptures and paintings are composed into the architectural concept for which they are created. Thus, during the Baroque period, sculpture had the task of directing architectural accents in the design of church buildings or squares (e.g. Piazza Navone or St. Peter’s Square in Rome). A baroque sculpture needs a connection to its location in order to reveal its pathos. As part of the Baroque oeuvre, the sculpture is often interwoven with painting or allows the massive, moving architecture to flow into itself. On the exterior, it populates nooks, gates, balconies, railings, or the top of gables.

Stylistically, Baroque sculptures are defined by free, emotive, and often very animated forms of expression that can border on the ecstatic. The often larger-than-life figures seem to indulge in moments of excitement, religious devotion, or lust and pain. Tension and mood, the expansive sweep of gestures, robes whipped by a storm, and the effects of light and shadow are masterful tricks employed by their sculptors.

Giovanni Lorenzo Bernini (1598 – 1680) was a sculptor who defined this era. His virtuoso works in Rome, such as the groups of statues in Villa Borghese, the furnishings in Saint Peter’s, or the Fountain of the Four Rivers, made Bernini the epitome of Baroque sculpture in Rome and beyond.

Upon entering a baroque church, the viewer’s gaze is inevitably drawn by the architectural and sculptural design towards a painted dome – where the view opens to the »sky«. The baroque painters, who created masterpieces at dizzying heights, used a thin lime coating with a coloured glow to create explosions of colour on the ceiling, which to this day outshine the gravity of the architecture.

The ceiling frescoes in Catholic churches showcase Baroque splendour, which has grown into a »theatrum sacrum«, a sacred theatre. Fresco painting gained unparalleled significance which has never been seen again. Ceilings, domes, and walls are covered with salvific or mythological imagery. The content of these pictures is conceived down to the last detail, with the clergy working out entire programmes for the paintings. The darling of Baroque language is allegory: people appear as concepts, such as virtues and vices.

Characteristic of Baroque painting is the use of strong light effects, strong colour, illusionism, and movement, as well as transitions from built to painted space. Individual expressions of different genres within the Baroque manner appear like a ceremonial act of the arts. 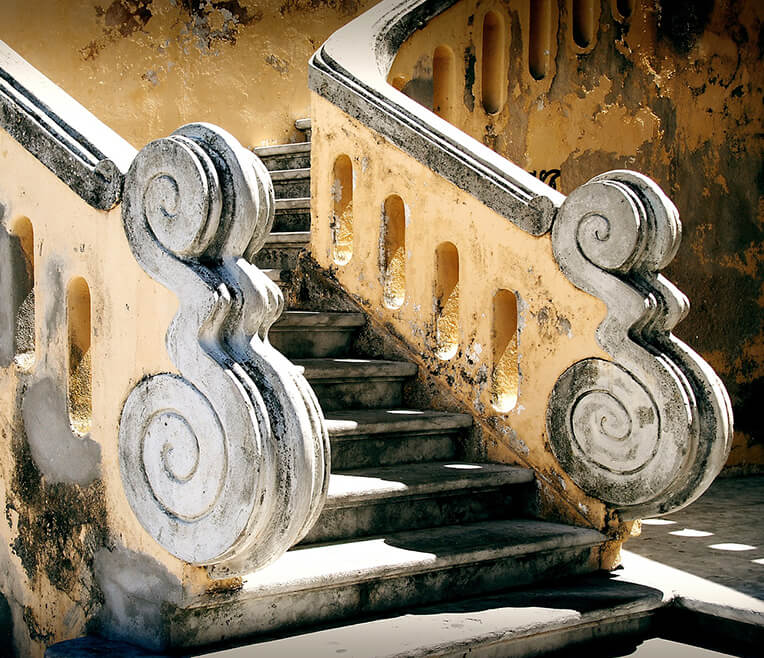 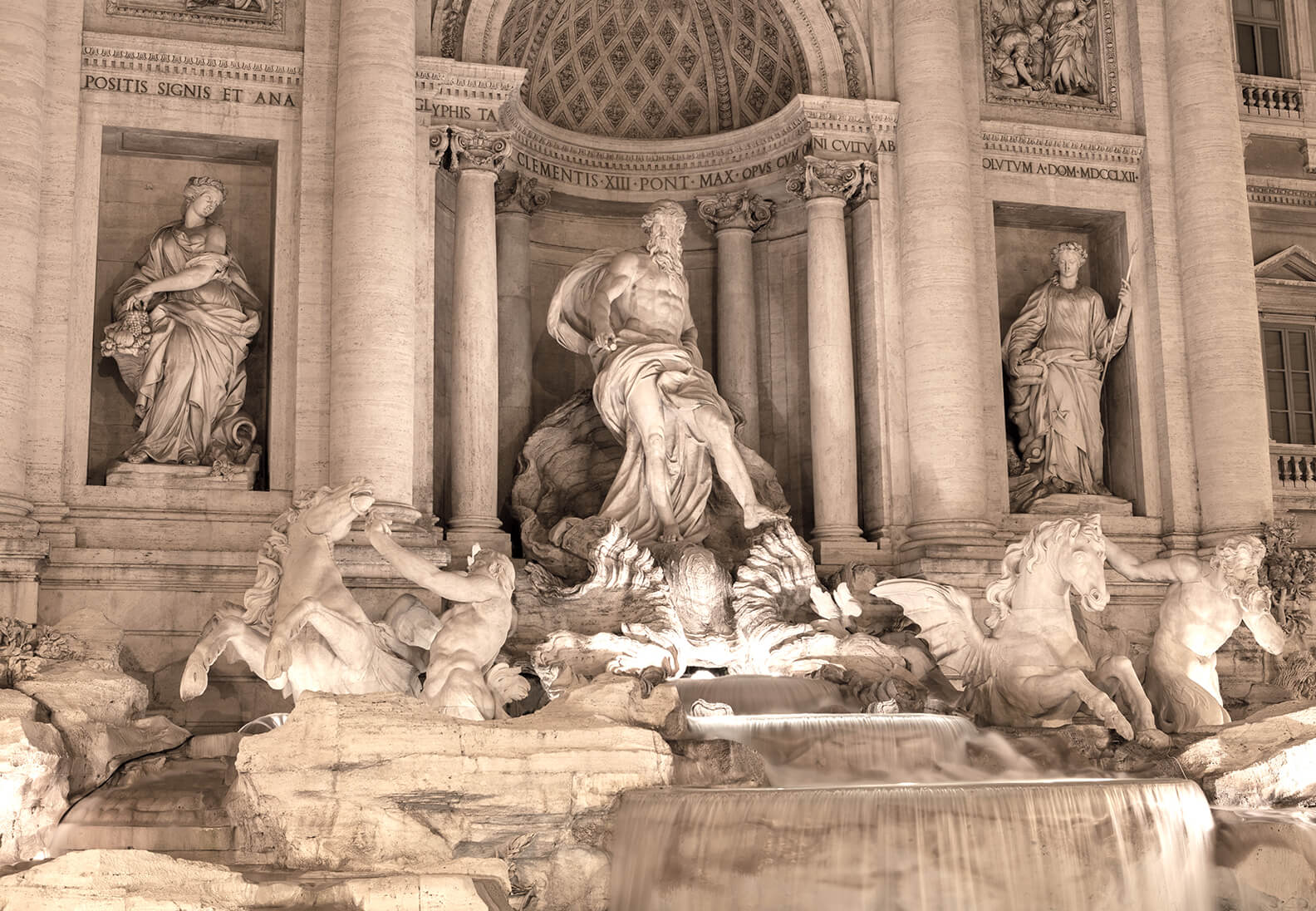 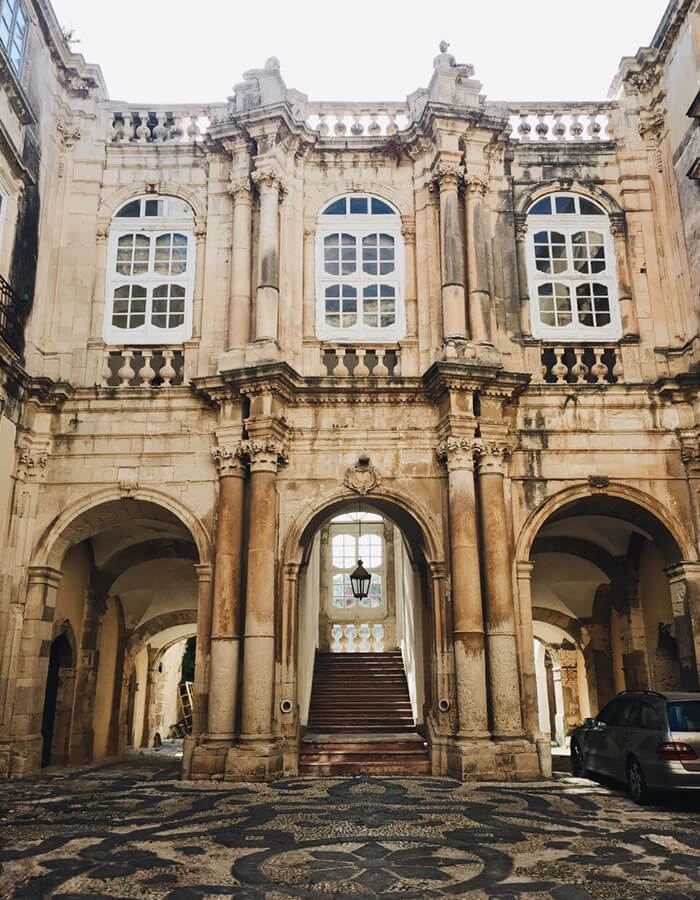 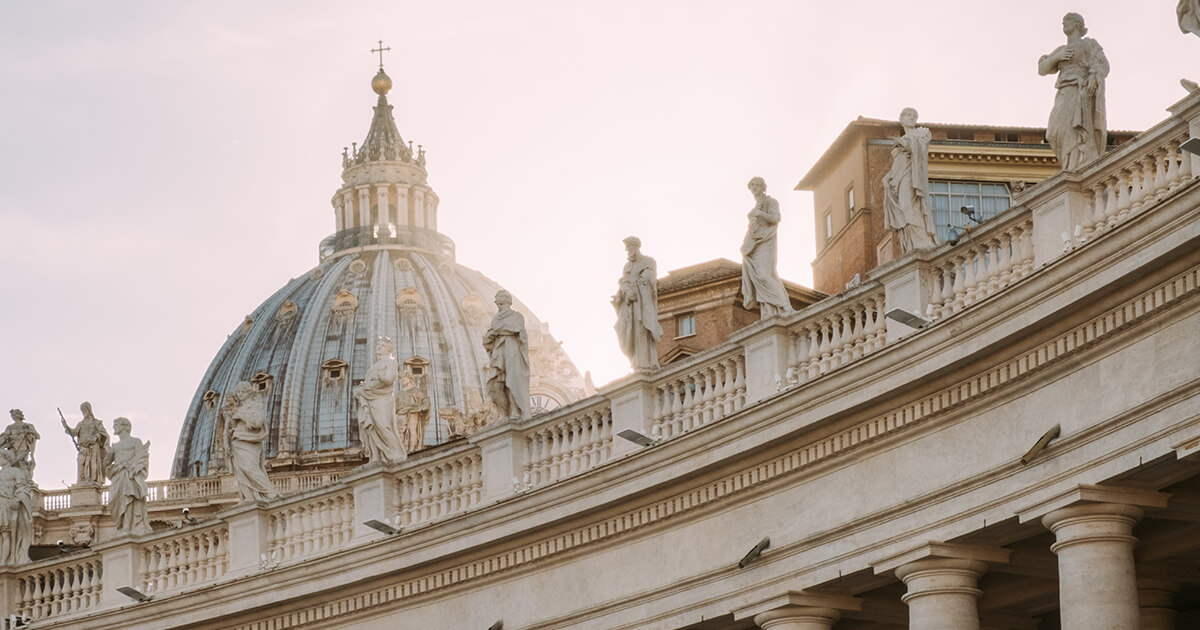