The Parisian cityscape of Baron Haussmann

In the 19th Century, the Parisian cityscape, then made  up of small individual parts, was ambitiously redesigned through the creation of grand boulevards and magnificent squares. A project of this scale would probably make today’s landmark preservationists faint, but this reconstruction undoubtedly created the elegant streets that we now connect with the French metropolis. The Impressionists were especially enamoured with the new aesthetic and captured it in their paintings.

Even on a rainy day, strolling along a Parisian boulevard is always, above all, a performance. The straight path of its course, the wide walkways, and the elegant facades with their cast-iron balcony balustrades appeal to pedestrians with posture and style. It is difficult to rush through this landscape or to dawdle around with one’s head down. The boulevard is a catwalk and nowhere else does the dream of liberty, equality, and fraternity ring more true. On Grand Boulevard, Boulevard Malesherbes, or Boulevard Haussmann, every pedestrian is a noble gentleman or sophisticated lady. It’s exactly like in the painting by Gustave Caillebotte, which shows a crossroads (Place de Dublin) that is exemplary of the great reconstruction of the capital in the 19th century: various streets converge at acute angles, the corners of the buildings rounded. The trio of square, humpbacked cobblestones, granite curbs, and pristine sidewalks that still exist today forms Paris’ recognizable face.

The streets along which the subjects of Caillebotte’s painting walk were only about 10 years old when work was completed in 1877. Everything was fresh, but Parisians still had the old cityscape in mind, which, especially in the inner arrondissements, remained a relic of medieval planning. A few baroque squares and public spaces were already present, but those long, wide connecting streets were rare. In the middle of the city were slums with barracks, as in the Polish Quarter.

It was the radical urban planning of Baron Georges-Eugène Haussmann (1809-1891) that brought about change and created the heterogeneous version of Paris we experience today: medieval alleyways in the Marais and in the Quartier Latin, baroque showpieces such as the Place Vendôme and the Place des Victoires, and those fantastic 19th-Century boulevards buzzing with bikes and taxis traversing the city.

Haussmann, a lawyer and sub-prefect of various provincial towns, attracted the attention of the President and Emperor Napoleon III with his successful construction projects. Napoleon saw in Haussmann a master of organization, and someone who could implement his idealist vision for Paris. In close cooperation with the emperor, Haussmann transformed Paris into the metropolis of the industrial age between 1853 and 1870. An increased need for mobility required wide and long roads. But society’s developing modern attitude in every aspect of life also called for complementary streets, lines of sight, and structure. Many old buildings were demolished to accommodate these developments. Haussmann created 150 kilometres of new roads – all of it in record time.

Many poor neighborhoods became upscale residential areas of the bourgeoisie due to Haussmann’s restructuring. At the same time, Haussmann paid attention to the redevelopment of green spaces, such as the Jardin de Luxembourg and the Bois de Boulogne. He built a new sewage system and improved miserable hygienic conditions. Masterpieces of his urban redesign include the restructuring of the inner city, like Rue de Rivoli, along which you can see cross-city past the Louvre to the skyscrapers of the high-rise district of La Defense. Or the lavish order around the opera, or the star-shaped avenues leading to the Place de l’Étoile, as well as the area around the Saint-Lazare railway station.

Haussmann had the new streets lined with uniformly designed multi-storey houses in a classical style. Although the Academy of Arts was involved in the process, and the design corresponded with the strictly elegant Parisian style, it’s hard to deny that there is a certain artificiality to the neoclassical facades of the mostly five-storey residential buildings. The monotony of the rows of façades was interrupted with symbolic or functional buildings and small parks. With their yellowish stone exterior, the white, deep-drawn “French windows” (inwardly opening door, but without a real balcony) and iron balustrades, Haussmann’s signature architecture lent Paris its recognizable face.

Such a radical rearrangement of a city that had grown over centuries certainly did not happen without resistance. Even then, there were objections regarding the preservation of historical monuments as many original buildings were destroyed (they were at least documented thanks to the advent of photography). Many inhabitants also had to leave their old houses to be resettled and fell victim to real estate speculation. Others were eagerly awaiting expropriation in order to receive compensation payments. Many of the city’s artists immediately moved into the houses of the new spacious streets: Edouard Manet, Claude Monet, Gustave Caillebotte, Stéphane Mallarmé. Marcel Proust also lived in a typical Haussmann building on Boulevard Malesherbes. Here stood his bed, which he hardly left and in which he wrote renowned literature like “In Search of Lost Time.”

1871 France lost the Franco-Prussian War, and Napoleon III went into exile. Thus the Haussmann experiment was over. He was accused of enriching his personal wealth through the project. What remained was the unmistakable character of the new metropolis of Paris, which radiated architecturally all over the world. No one before (except the Romans) had implemented such a complex urban project within three decades. Later, Mussolini would commission the Via della Conciliazione from the Tiber river to St. Peter’s Square, and Hitler began the first demolitions for massive new buildings in Haussmann style in Berlin to outdo the French Baron.

The Impressionists captured Paris’ makeover through their paintings. Incorporating both lucid and washed-out lighting was not only their artistic goal in the open air, but also in the new city streets thanks to the new ways light vibrated through the urban jungle. Paris’ revamped setting was the object through which the Impressionists were able to prove themselves, and Claude Monet, for example, undoubtedly lived up to his own claim: »I want the unattainable. Other artists paint a bridge, a house, a boat, and that’s the end. They are finished. I want to paint the air which surrounds the bridge, the house, the boat, the beauty of the air in which these objects are located, and that is nothing short of impossible.« 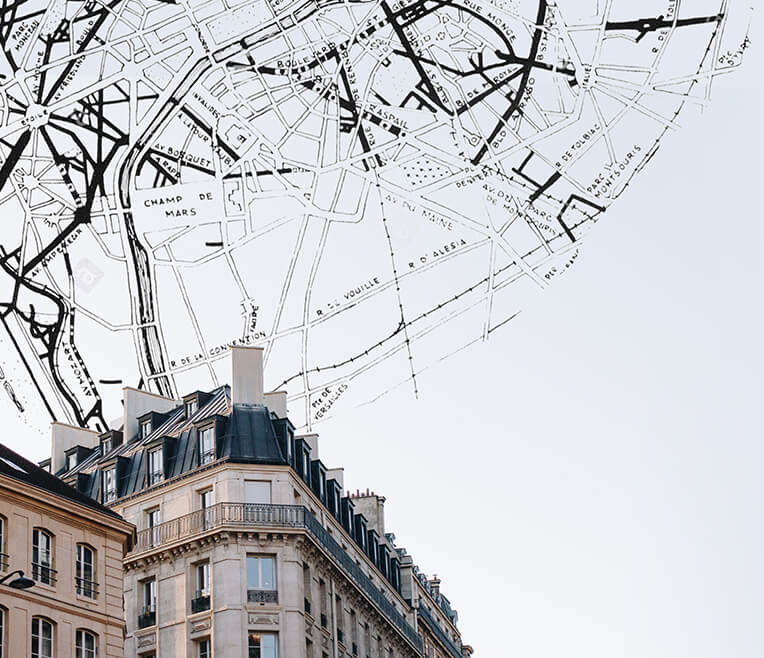 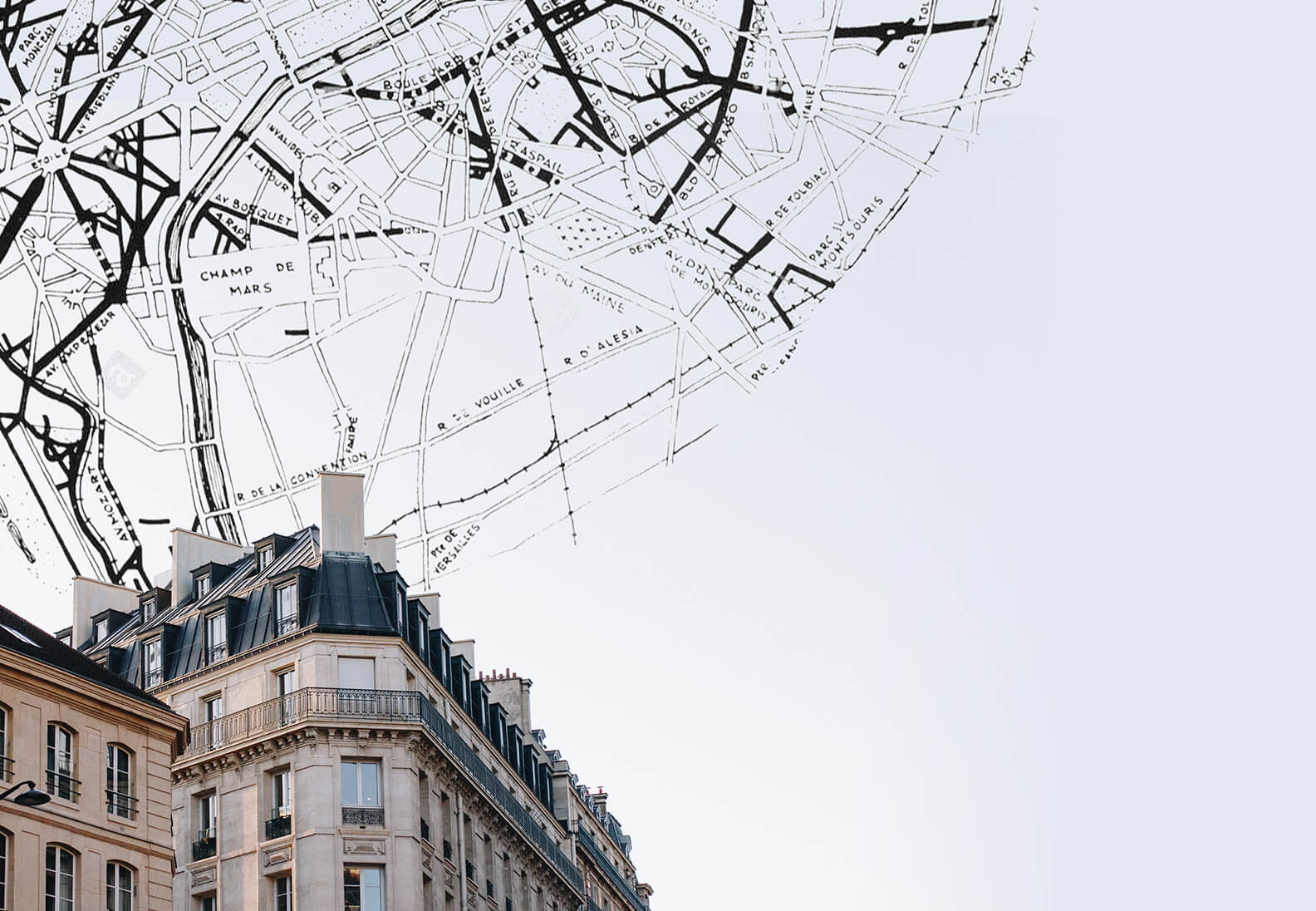 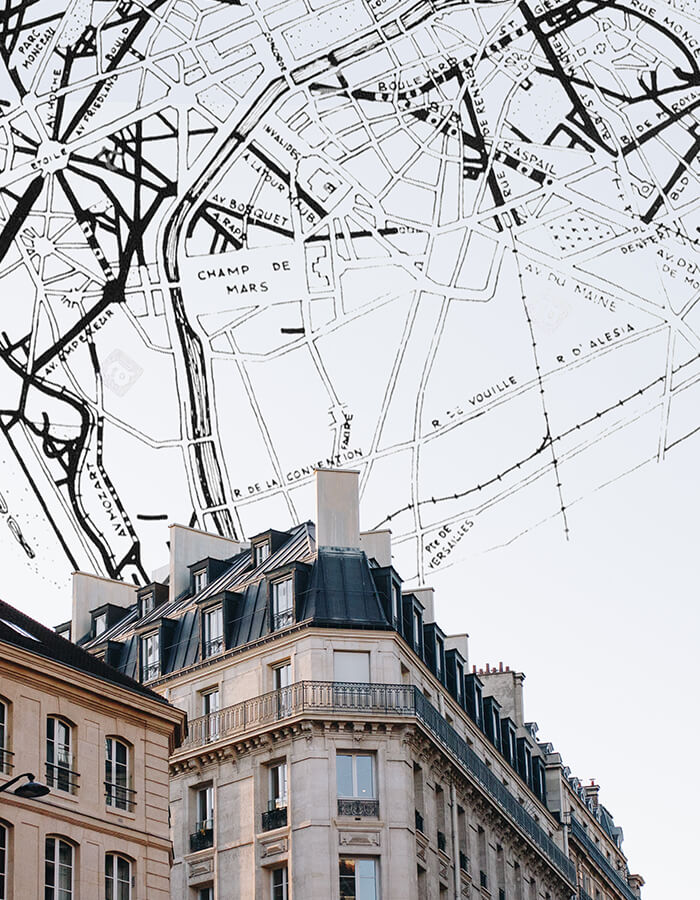 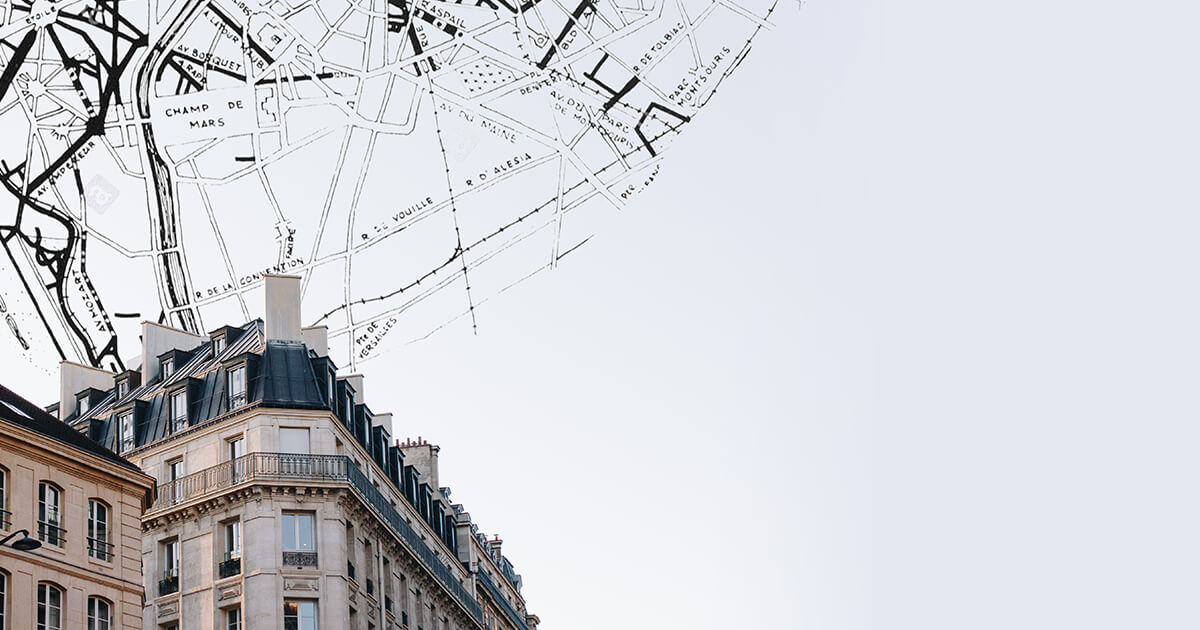