You don’t have to look far to spot a brown item in 2022 fashion trends and runway styles. There’s no doubt that brown is having a big moment in fashion right now, and for our Checkered and Chocolate issue, we knew we had to take a closer look at this hue!

So what exactly is so special about this shade?

From a color theory standpoint, brown is unique compared to some bright colors because it can be mixed from so many different color combinations, which is why this neutral matches well with a variety of other colors. The brown shades encompass a huge swath of shades and tones; everything from very light camel and khaki to deep espresso and umber. These hues include both warm and cool undertones, meaning that there’s a shade of brown perfectly suited to every skin tone – from light to darker.

Psychologically, brown instills a sense of calm and comfort due to its muted quality, which does not overwhelm the eye. We see color brown everywhere in nature – tree bark, dirt, stems – making it a natural, grounded color that feels reliable and solid. Eve Ashcraft, a color consultant, notes that “There’s a kind of back-to-basics aspect of brown. It’s like the comfort food of color.”

While brown may be the comfort food of color, the other more sophisticated side to brown can also be seen through food comparisons, like our featured food itself – chocolate! Rich desserts like mousse, molten lava cake, and dark chocolate fudge reveal the indulgent, sophisticated, and chic side to brown, especially when worn in its darker shades. Vogue Fashion recommends juxtaposing the color’s ruggedness with its sophistication; you can implement “the earthy color as a way to contrast sexy silhouettes or ground feminine pieces, resulting in an understated elegance hard to achieve with any other hue.” Despite all of its merits as a calming neutral with a variety of shades, brown has only recently regained its standing as a popular neutral. Brown last took the spotlight in the 1970s in combination with green and orange, but in recent years, fashion has favored other neutrals like black and white. Despite brown’s hiatus in fashion, increasing appreciation of nature could help explain its return. Now, in the 2020s just as in the 1970s, sustainability and conservation of the earth is a major priority of the upcoming generation. As people increasingly seek to protect nature, fashion too may reflect a greater appreciation for the beauty of the outdoors- thus making wearing brown a fashionable trend again.

If we haven’t sold you yet on our new favorite neutral, here are some ways to incorporate the brown tone into your existing wardrobe:

Want to start wearing brown? How about some accessories?

Chances are, you may already own brown accessories. Some of our favorites include tall camel boots, a caramel leather jacket, or a mocha mini bag. Accessories are a great way to get started wearing brown. Adding some gold jewelry would level up your brown outfits.

Autumn is the perfect time to start incorporating brown clothes into your wardrobe; as the leaves start changing, warm browns match the fall aesthetic perfectly. Our favorite autumn prints are checkers of course! There are many options for what to wear with brown in one outfit. Opt for a brown tartan scarf, brown blazer, cozy argylesweater or even a brown coat. A typical Plaid and houndstooth brown suit or jacket will help you stay warm while also looking chic. You can even double up on different types of checkered patterns to add interest to your brown outfit.

If you’re already a fan, take your brown outfits to the next level by mixing and matching different shades of the hue. Because of the extensive variety of shades and tones, the possibilities for brown clothing pair options are endless. All this makes the tonal look a perfect style to be worn, even in winter.

Most colors can create brown, which is what makes it go with so many other colors. Brands use it to create a wholesome, natural, rugged image (but also think of indulgent, sophisticated, smooth chocolate companies.)

Brown is having a renaissance

From deep chocolate to buttery toffee and caramel, brunette hues have returned from fashion exile to become one of the most sought-after shades of the year. Long considered dated, dull, and unsophisticated — especially when compared to fellow neutrals like black, white, and grey — the color seems to have rehabilitated its public image and emerged as a mainstay in the homes and wardrobes of celebrities, models, designers, and influencers. Even Gen Z is on board. The current appetite for minimalism, sustainability, and natural beauty make brown clothes loved by many again.

“It’s not bling. It’s not fancy. It’s accessible. Who can’t find something brown?” says Eve Ashcraft, a renowned color expert who famously helped Martha Stewart develop her inaugural paint collection based on the bluish-green hues of her chickens’ eggs. “There’s a kind of back-to- basics aspect of brown. It’s like the comfort food of color.”

Still, throughout history, the dark neutral has been used to symbolize modesty and simplicity, with members of the working class wearing plain clothes in browns and beiges, while nobles and aristocrats sported extravagant garments in deep blues like navy, purples, and reds. In ancient Rome, the term for plebeians, or the urban poor, was “pullati” which literally translates to “those dressed in brown.” In the Middle Ages, Franciscan monks were wearing brown espresso-colored robes as a tangible symbol of their vow of poverty.

This has some precedent. Preference for earthy neutrals emerged from the shadows in the ’70s, as the hippie movement spawned widespread concern about the environment. The growing interest in conservation — coupled with a general rejection of materialism and consumerism — was reflected in many homes and closets at the time. Many kitchens featured an ochre and brown color palette combined with lots of natural woods and stones, while cinnamon-colored blouses, brown jacket, brown trousers and auburn leather knee-high boots were considered wardrobe staples.

It could be said that brown has the potential to be the new black. Used the earthy color, wear brown as a way to contrast sexy silhouettes or ground feminine pieces, resulting in an understated elegance hard to achieve with any other hue.

Wearing brown is actually pretty trendy due to other factors. Given the current penchant for minimalism and natural beauty, it makes sense that this natural tone has been embraced on runways and in street style alike. From deep dark brown as chocolate to light sand, the entire spectrum of brown is on trend. From a casual look to fancy outfits, this neutral is the hype. 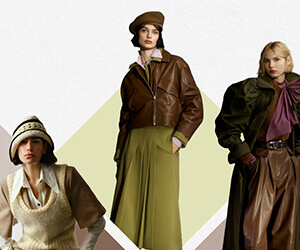 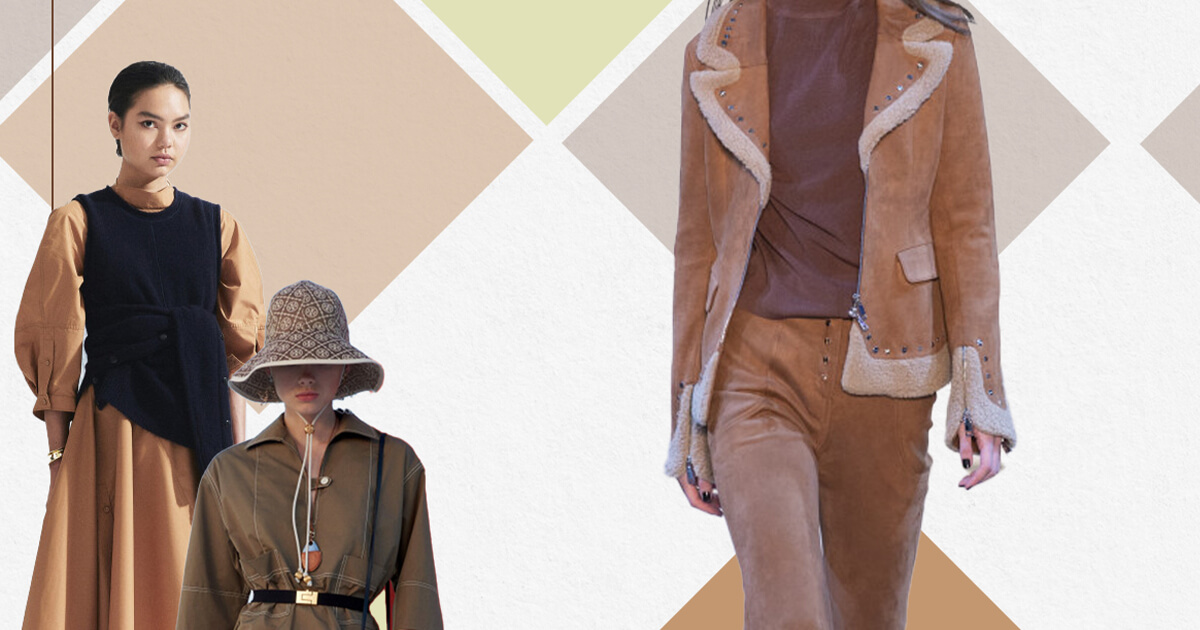