We had been searching a location for our May issue fashion feature when we found the Rußwurmsches Herrenhaus (»Russwurm Manor«) in Breitungen in Thuringia, kindly provided by sisterMAG friend and writer Robert Eberhardt. A huge thank you to him – we’re so happy about this collaboration! Read more about the location and its history here.

The Russwurm manor once served as the centre of a knight’s estate for its aristocratic inhabitants. Although time has somewhat eroded the original grandeur of the monument, it still maintains its historical substance. Author and friend of sisterMAG, Robert Eberhardt, gives us some insight into the house.

In 2013 the Gesellschaft Kulturerbe Thüringen e.V. maintained the old walls and still supports the historical preservation of the complex today. The architectural monument, including the courtyard and garden, will be renovated in accordance with the requirements of the denkmalgerecht (monument preservation law) and open to the public during and after the work.

The two-storey building was built with massive sandstone walls and a half-timbered construction from high-quality oak beams. Around 1542/43, an extensive new dwelling was constructed around a medieval core, which was extended again in 1606 and at the end of the 17th century.

The half-timbered house at the small gable has thrifty ornamental forms, while the main gable is tilted. Above the pointed arch gate there is a sandstone relief plate with the double coat of arms of the von Russwurm family (a kneeling monk with a book and prayer chain) and the von Urff family (two eagle necks).

The spacious hall on the ground floor boasts a beamed ceiling, a mighty carved pillar of saddle wood from 1606, and a fireplace from the time of construction.

Breitungen was first mentioned in 933 as »Bretinga«. On the left side of the Werra (Frauenbreitungen) there was a royal court dating back to the time of the Frankish occupation.

The history of our location began in 1138, when a Henneberg castle estate in Frauenbreitungen, at that time still Königsbreitungen, was mentioned in the possession of the lords of Breitungen. In 1370 a »von Rußwurm« is named as the owner for the first time. 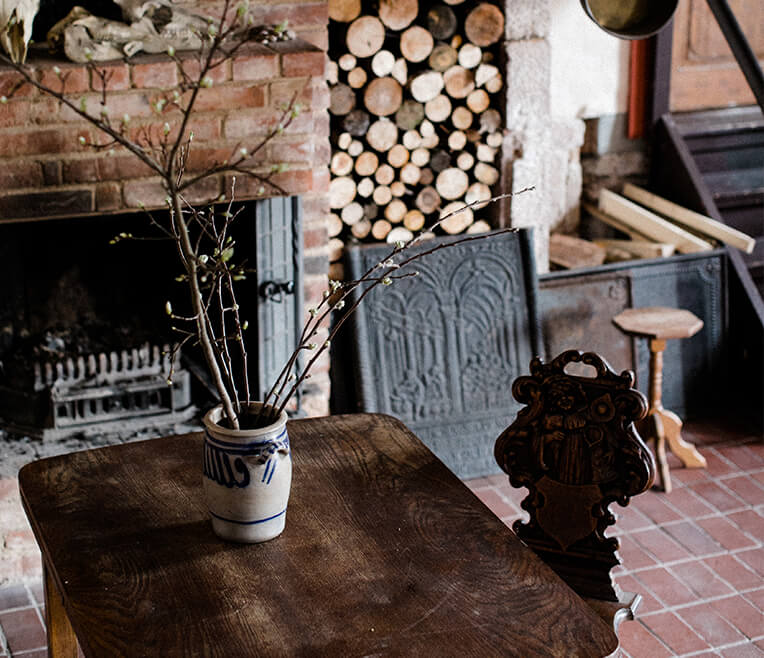 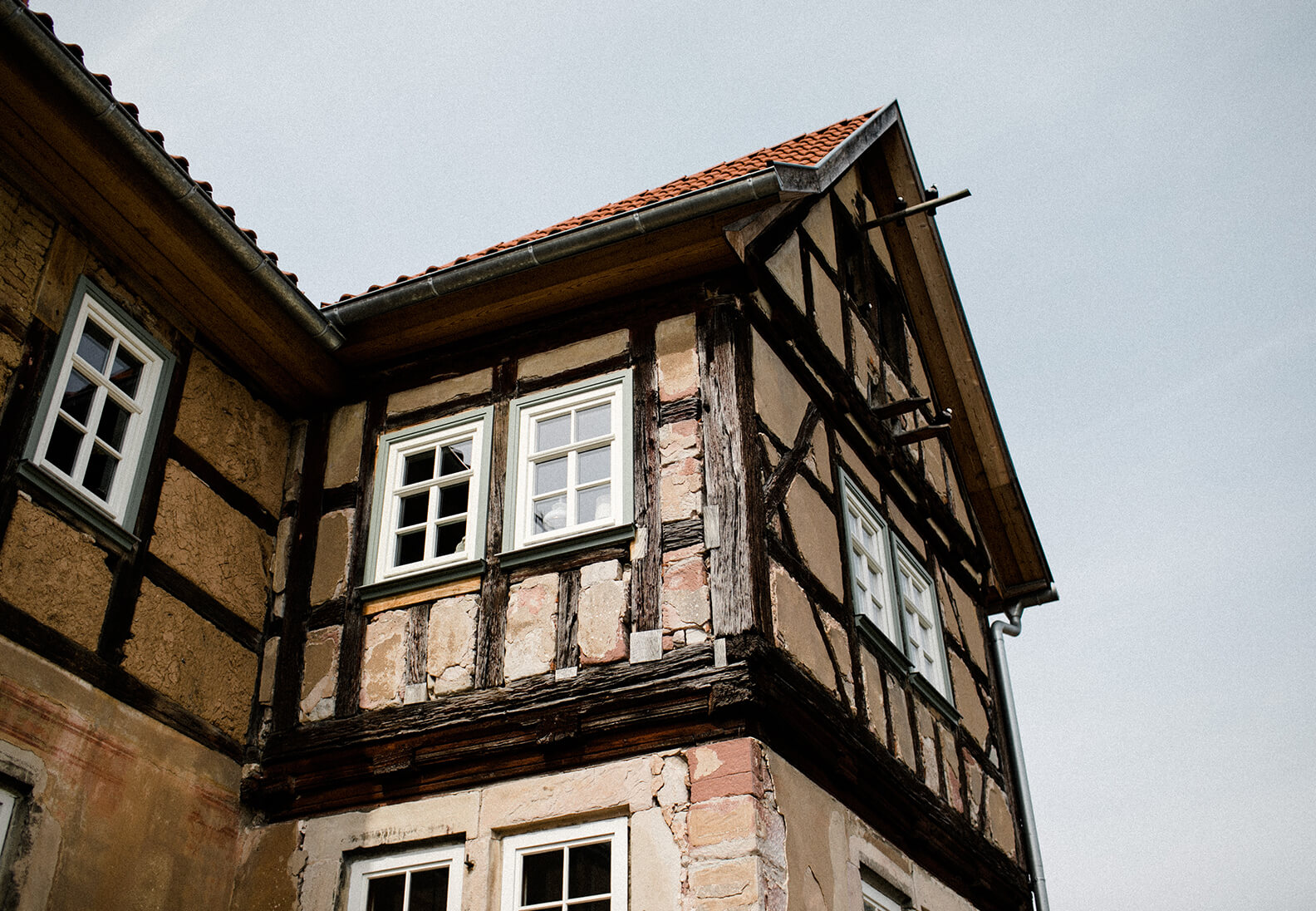 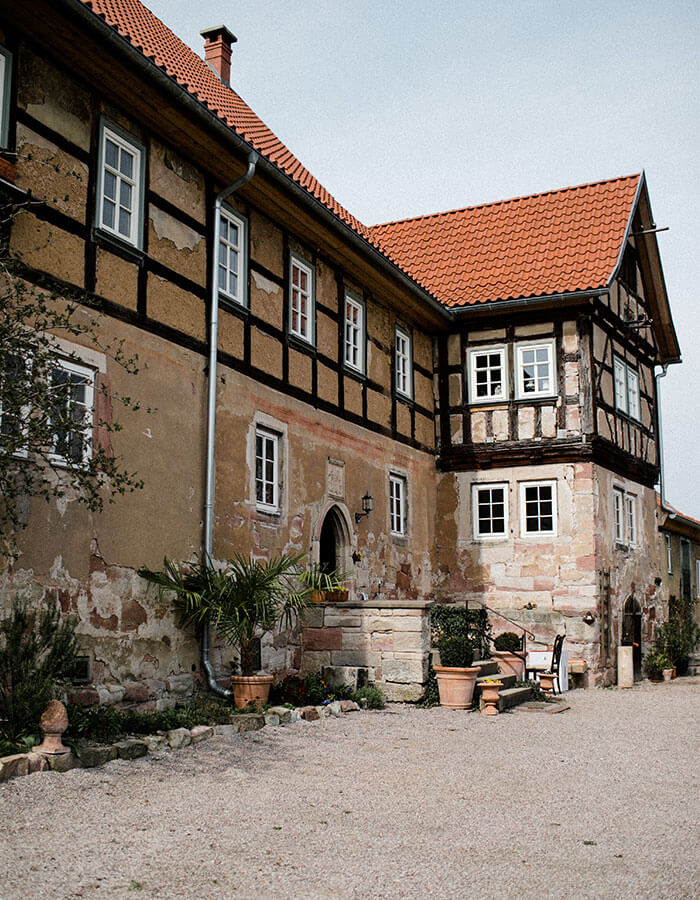 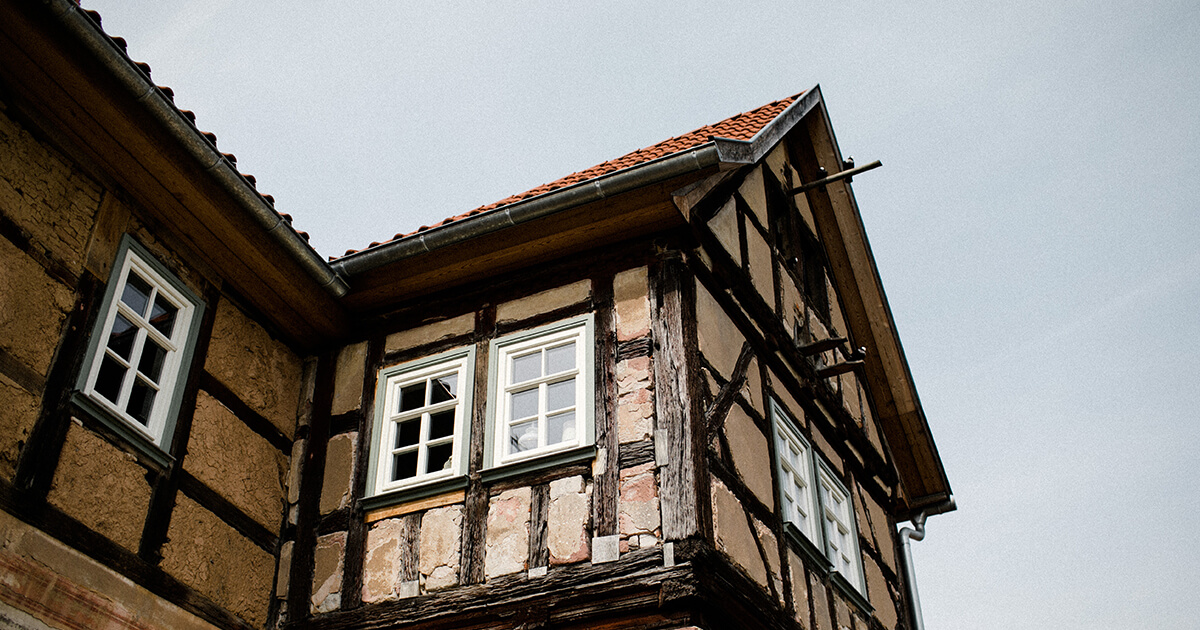