The History of Quilting and Patchwork

When you first think of quilting, you might imagine a thick, padded comforter that keeps you warm in the winter – passed down from generation to generation, well-loved, and noticeably handmade.

While this image in your mind is true of some quilts, there’s a vast world of quilting to appreciate in terms of art and culture in addition to the comfort we know so well.

The history of quilting and patchwork

If you take a closer look at the intricate stitching and meticulously laid fabric designs, you’ll begin to appreciate the elaborate art form of a beautiful quilt and the story behind it. The patchwork quilts were not just layers of fabric sewn together, they have been an art form, a symbol in many cultures and have a rich history.

This issue, we’re diving into the art of quilting, and the similar but distinct craft of patchwork. Similar to the collaging of a quilt, both of these craft’s rich traditions, cultural significance, and stories are patched together into a beautiful coalescence of historical scraps.

The history of quilting and patchwork is quite fascinating and connected to various world events. Originating from the Latin word “culcita”, quilting involves three layers of textiles. Two outer layers enclose one layer of padding in the middle, which creates a thick cushion. Quilting traces its beginnings of the earliest to ancient Egypt. Historians often cite an ivory carving from the 35th century BC, which depicts the Pharaoh of the Egyptian First Dynasty wearing a quilted garment, as the earliest evidence of quilts making. Archaeological digs in Mongolia uncovered a quilted floor covering, which is thought to date back to 200 AD and provides further evidence of early quilting. Europeans adopted quilting during the Crusades after noticing that quilting provided insulation and protection to Turkish Crusaders who wore the fabric underneath their armour. The early patchwork quilt primarily prioritized functional use as garments as well as household furnishings.

Evidently, quilting has deep historical roots for its functional use, but the earliest known decorative quilts originate from the 14th century. Two quilts found in Sicily depict the legend of Tristan and Isolde, demonstrating quilting’s powerful storytelling ability. Quilting became massively popular in Britain from the 17th to 19th centuries. Patchwork quilting surged in popularity too, culminating in the Victorian era “crazy quilts”, which were freeform quilts constructed from mismatched fabric scraps without any pattern. Because they used discarded fabric scraps, crazy quilts represent an early form of upcycling.

Quilt Making Across the World

Countless cultures participate in quilt and patchwork crafts worldwide, each bringing their own unique approach to the technique. Such as in the Karnataka region of India, where women create traditional Kaudi quilts made from sarees and residual materials. Kaudi are hand-stitched with brightly coloured fabric in a patchwork construction.

Meanwhile, in the Sindh province of Pakistan, ralli quilts are traditionally created for bed or floor coverings. The Sindh region boasts an impressive history of textile arts and crafts, and ralli quilts are key cultural fixtures with songs and legends centring around them. The finished products are often given to commemorate weddings.

In Korea, multicoloured scraps of one type of textile are combined in a patchwork quilting process known as Jogabko. The pieces are sewn together with a technique called gekki, which involves using a triple stitch to create borders around each piece of material. Renowned contemporary artist Chunghie Lee incorporates Jogabko in her textile artwork to make colorful garments inspired by traditional patterns with a modern twist. When constructed from sheer fabrics, the final result gives a stained glass-like look.

Community Through Quilting and Patchwork

In North America, early American quilts originated with the Puritans, who primarily used quilting functionally to create insulating fabric blankets as well as clothing. Colonial quilts typically whole cloth quilts, meaning that they were constructed from one type of fabric rather than a combination of various kinds. At the start of the 19th century, however, more artistic quilting became popular in America, especially as a form of socializing and community building. Quilt makers in Baltimore, Maryland, created a signature technique known as Baltimore Album Quilts. Also referred to as friendship quilts, this technique involved a collaborative effort in which multiple people made individual quilt blocks that were then sewn together into one finished quilt. The process of making friendship quilts mimicked collecting signatures from friends and family in an address book, which was a popular trend at the time.

Quilters gathered together in social circles known as quilting bees. Quilting bees celebrated a sense of community and belonging, especially around special occasions such as marriages and birth of children. To commemorate a wedding, quilting bees sometimes aimed to complete an entire work in a single day to give to the newly wedded couple.

An Example of a similar tradition is the one in northern China. It is associated with the Bai Jia Bei, or 100 Good Wishes Quilt. Families expecting a baby recruit their friends, family, neighbours, and community to contribute a square to a large patchwork quilt. Each of these squares from community members symbolizes well wishes and good luck for the new baby, and the finished result culminates in gorgeous pieced quilts from various fabrics.

Beyond forging community and celebrating special occasions, quilting has also been an example of an outlet for collective social activism. In the 1830s, abolitionists used quilts to demonstrate against slavery by embroidering anti-slavery poems and messages and selling the quilts at fairs to raise money. Quilting has a rich history in African American communities, which is exemplified in the isolated quilting community of Gee’s Bend, Alabama. Many of the quilters of Gee’s Bend are direct descendants of enslaved people who worked the nearby plantation. Their quilts represent an integral part of American history and their quilting stitches have recently been recognized in various exhibitions including the Whitney Museum.

History can even be documented within the quilting designs themselves. The last monarch of the Kingdom of Hawaii, Queen Lili‘uokalani, created a quilt which depicted the colonization of Hawaii. Within the quilt, the queen stitched names of her acquaintances and symbols of the kingdom. On that note, the quilt could have been seen as part of the family heirlooms.

Like traditional quilts, contemporary quilts and modern patchwork art incorporate similar storytelling techniques and political messaging. Artist Faith Ringgold, whose work has been displayed in an exhibition at the Museum of Modern Art and Guggenheim Museum. She explores feminism, Civil Rights, and African American history in her quilts. Her “Street Story Quilt” illustrates the change over time of a Harlem apartment building, and a three-part writing by Ringgold explains that the quilt chronicles the life of a young Black boy, A.J., who lives in the apartment building.

Quilt and Patchwork in Fashion

Outside of the museum, patchwork and quilting designs also make their way into fashion. Far from the functional quilted clothing worn underneath Medieval armour or used by the Puritans, modern quilting celebrates interesting designs, needlework skills, and unique textiles. Fashion’s quilting revival began in the 1970s thanks to hippie fashion, which embraced the laidback and mismatched style of patchwork quilt. Designer Greg Lauren champions patchwork and quilted designs in his work and collaborated with the Gee’s Bend Quiltmakers on a recent collection. The collection includes 93 pieces with the quilters’ signatures and bios stitched inside.

Patchwork styles, corded quilting, and pieced block patterns can be spotted all over fall 2022 ready-to-wear collections and street style. From patchwork jeans to quilted jackets, the technique lends itself to infinite design possibilities, which you can incorporate into your existing wardrobe. Although quilting styles have transformed over time, the longstanding history of quilting proves that this medium will continue to be used as a vehicle for community building, storytelling, advocacy, and self-expression through fashion.

Nowadays, the quilting is not only connected to the plain bed covers design. Patchwork quilts in the new world are a synonym for something bigger. Throughout this issue, we’ll be especially exploring the latter as we show you how to create your own quilted clothing and patchwork styles. Now that you know the deep history of quilting and patchwork, remember to appreciate these scraps of history that have been patched together. While quilts are definitely functional for a chilly day at home, we hope that you go forward noticing the details, the art, and the cultural ties they hold. 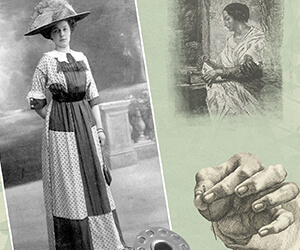 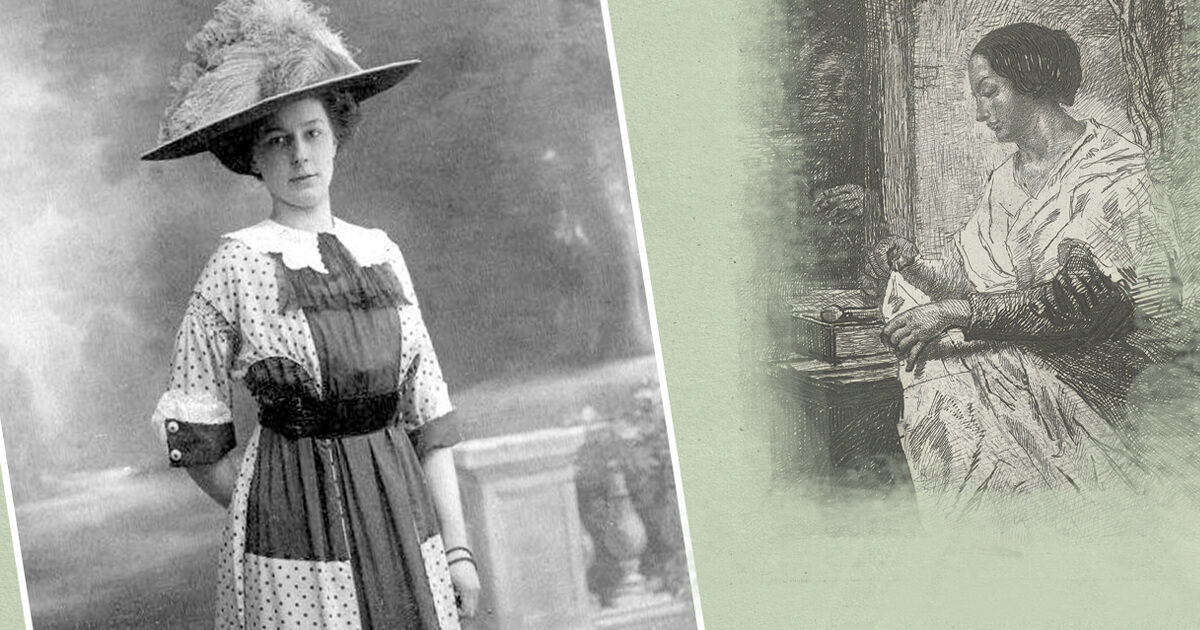