Why We Have Crochet – History of Crocheting

While you may have most recently seen crochet booming in popularity on platforms like Tik Tok and Pinterest as a common quarantine hobby, this craft is nowhere near new. Crochet is constantly evolving in its versatility and opportunity to express artist creativity. Let’s take a trip down memory lane, explore the history of crocheting and look at how crochet got its roots in the 17th century and turned into the medium we see it as today.

WHY WE HAVE TO CROCHET: A CULTURAL HISTORY OF CROCHETING

In our article, we cover the beginnings of crochet, the major boom phases and some techniques you may have not heard before!

Crochet got its start around the world as practical reasons gave rise to the desire to protect your body with fibrous material.  Historically, ancient Egyptians manufactured interwoven nets and containers. These refined methods were not far off from the idea of producing something wearable using similar techniques! People have been knitting since the 13th century, but knitting itself is not easy. While knitting, two needles have to be kept under total control, as well as securing the meshwork, as is the case with crocheting.

The ingenious and in many places demonstrable idea was that with a hook at the end of a needle you can pull the wool thread through the next stitch, and in doing so create a robust, woven material. But no one is quite sure when and where crochet got its start. The word comes from croc, or croche, the Middle French word for hook, and the Old Norse word for hook is krokr.

To crochet, needles have to have hooks, and if you believe the professionals, crocheting is much easier to learn than knitting. You have to master 4 different stitches: Chain stitch, Single crochet stitch, Double crochet stitch and the Half-double crochet stitch. While these stitches may be challenging as a beginner, your first hat will be finished before you know it with patience, good wool, synthetic fibers, or even silk.

Towards the end of the 17th century,  crocheting gained momentum in many countries. Crochet variations and expertise  were initially passed on orally until the first printed instructions appeared in women‘s magazines in the 19th century.

In the 19th Century

When crochet was used to make lace inexpensively at the beginning of the 19th century, the nobility distanced themselves from this „adulterated“ commodity. Crochet was considered a status symbol of the middle class, and „unrefined“ for the nobility.

Queen Victoria promoted crochet by having scarves with the British coat of arms crocheted during the costly Boer wars in South Africa at the end of the 19th century.

Eleonore Riego de la Branchardière was born in 1828 and only 18 years old when she published her first book. She had been involved in advanced needlework since her youth. With an Irish mother and a French father, perhaps this very balancing of cultures allowed her to easily assimilate into English society and become a star of needlework.

Crocheting in the 20th Century

At the beginning of the 20th century, it was simply expected that every woman, regardless of status, mastered this needlework technique. However, crochet fell a little into oblivion during the two world wars – simply for the reason that crochet requires much more wool. Therefore, the urgently needed warm clothes for the front were knitted exclusively by daughters and women.

Crocheting experienced another golden age in the 1960‘s during the Flower Power Era. The youth were committed to the idea of a better, more beautiful, fairer, friendlier and cleaner world and expressed this externally with a colorful and joyful crochet wardrobe. “Granny squares“ which are still popular today, were born. You can create Granny squares with a wide variety of color and wool specialities or even with leftover materials.

Another remnant of the 60s and 70s crochet boom? Crocheted covers for toilet lids, chairs or even toilet paper rolls!

Crocheting uses more wool than knitting, making crochet products heavier but also
sturdier. Because the stitching pattern is wider, crochet proverbially “flows around the body.” I think the uses for knitting or crocheting are becoming more and more mixed. Nowadays for example, sweaters or scarves are crocheted, whereas historically, products like these were created through knitting. Crocheting and knitting can even be combined in what is known as „Tunisian crochet“. The crochet needle with the hook must be much longer than the regular needle in order to accommodate a larger number of knitting stitches.

Until this day there are no industrial crocheting machines. Crocheting remains a rigorous handcraft. But maybe that‘s what we long for; it is not streaming or scrolling on social networks that provides feelings of satisfaction, but holding something tangible, that you made yourself, in your hands. That is the precursor to happiness.  Originally, a purely practical consideration, i.e. crocheting to protect oneself from the cold, crocheting has become a joyful way to save yourself from the idleness of the modern age. And so today, just as two or three hundred years ago, crochet rounds suddenly come together again, indulging in their hobby over coffee, tea and cake at home or in a café. In addition to manual dexterity, the creativity necessary for fashion and color design, and the joy of prioritizing personal time, crocheting can put the brakes on all of the unnecessary hustle and bustle of modern life. You could almost say that it is healthy to crochet, besides – it also warms you up! 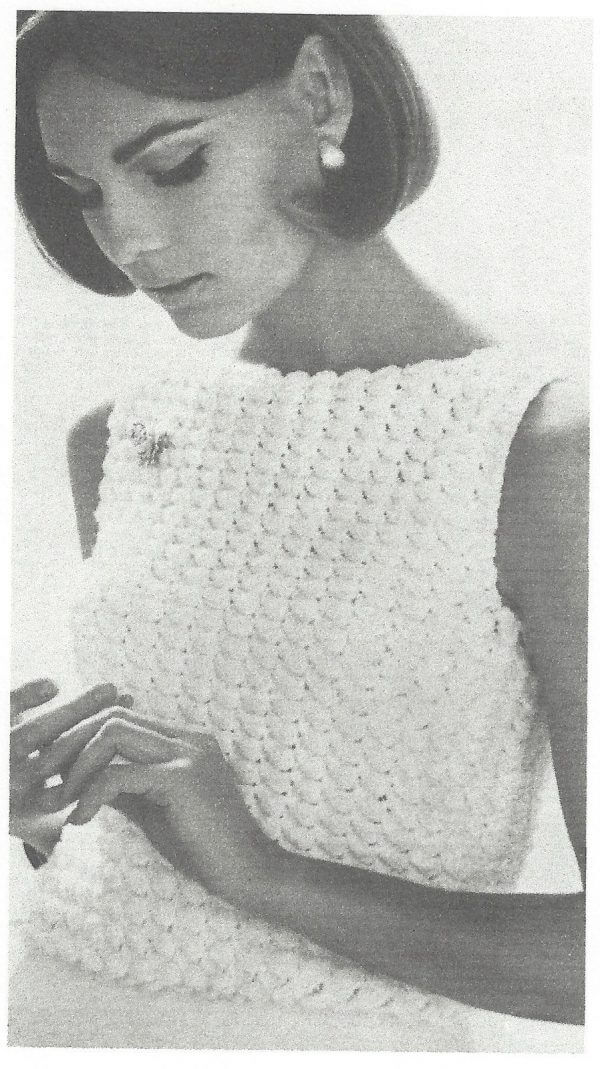 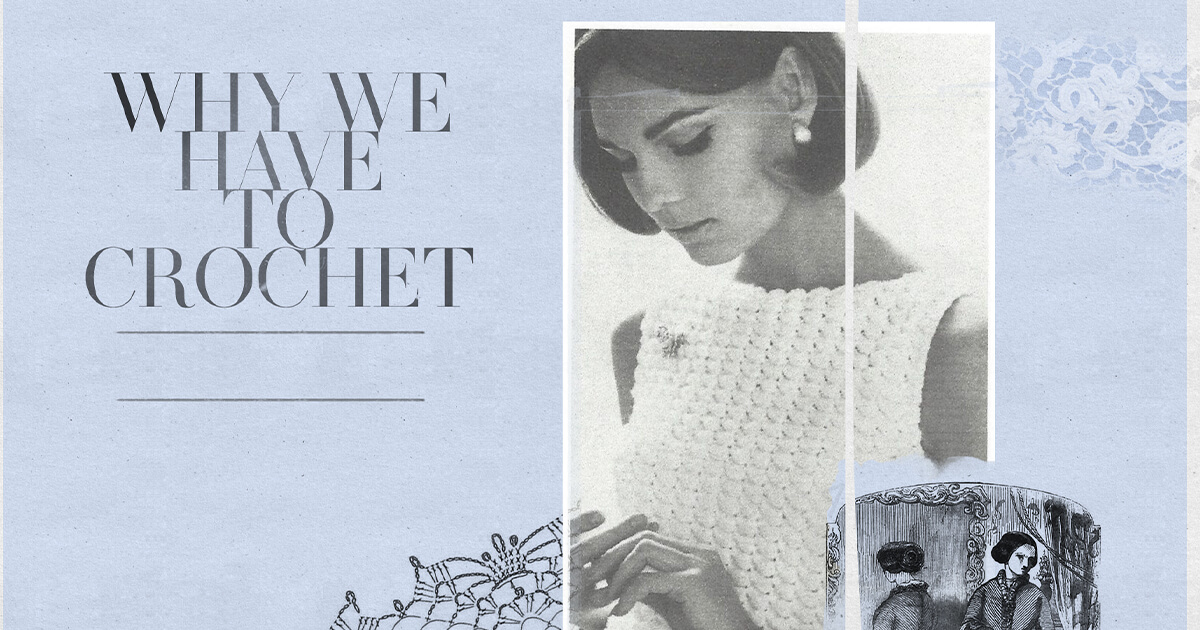