The history of dried and pressed flowers

How do flowers stay fresh and how can I keep them for longer? Drying flowers as an accessory or to convey secret messages is a tradition that reaches back to antiquity. And the history is interesting and full of riveting details. Read a history of dried and pressed flowers here in sisterMAG No. 62.

The history of dried and pressed flowers

How do flowers stay fresh and how can I keep them for longer? Drying flowers as an accessory or to convey secret messages is a tradition that reaches back to antiquity. And the history is interesting and full of riveting details.

»Through working with flowers we began to discover things about ourselves that had been dormant. We found agility not only with our fingers but with our inner eyes in searching for line, scale and harmony. In bringing out these talents within ourselves, we gained a dimension that enabled us not only to search for harmony in an arrangement, but also to discover the importance of carrying it into our lives and our homes.« – Grace Kelly –

The Egyptians used flowers to make perfume and cosmetics for religious and royal ceremonies. Dried flowers were woven into garlands and enriched with lovely scents to accompany beloved people into the afterlife. Dried flowers such as pressed bay leaves and garlands were also found in the grave of the 3,000-year-old sarcophagus of Tutankhamen’s mother.

The Ancient Greeks already knew that flowers could be sustained by drying them. It might be a coincidence, but researchers even found traces of a dried bouquet next to the bones of a prehistoric human in the Middle East – maybe a sign of love and grief?

In the Middle Ages, flowers were used in socalled „tussie-mussies“ to ward off disease and bad odours. The appearance of these small bouquets was believed to mirror their medicinalv powers: because of their milky sap, dandelions were supposed to be good for breastfeeding mothers.

Have you ever heard of Oshibana? This art and craft of pressing flowers to preserve their beauty reaches back to 16th century Japan, where it supposedly taught Samurai warriors the importance of patience, concentration and living in harmony with nature. Oshibana means to „paint“ a picture with natural elements.

The making of an Oshibana takes a lot of time and creativity:

Close relations to Japan during the Victorian times also brought the art of arranging flowers to England and Europe.

Grace Kelly, in her capacity as the Princesse Grace de Monaco, practiced Oshibana and thus helped to promote the art of pressed flowers across the globe. She used pressed botanical materials sent to her from abroad. More about this can be found in the book My Book of Flowers, which appeared two years before her tragic death. A longer description can be found here.

During the 16th century, the Elizabethan times, deep necklines were in fashion and their sensual connotation made flowers attached to the breasts very trendy.

In Victorian times, small bouquets were pinned to the upper parts of corsages. These were known as „bouquet de corsage“. Women wore them for formal events, especially weddings, to help ward off evil spirits that may have interfered with the marriage. This arrangement later turned into the corsage we know today, as it wandered from the chest to the shoulder. Many girls in the US still wear corsages on their wrists when they attend prom. Flowers thus became unexchangeable accessories for fans, gloves and as corsages on the wrist.

The popularity of these floral phenomena quickly swept across all of Europe in the shape of binders with collections of dried pansies, violas and pelargonium. In science, pressed flowers were used to prove the existence of previously unknown species from faraway lands. A Mr. Streeter from the Rochester Academy of Science first presented the clematis and the delphinium from Alaska in 1891. In 1920, the publication „Flower of the Holy Land“ appeared, where Frederick Vester showed off pressed flowers from Jerusalem.

The language of flowers

Floriography – the language of flowers! It is a way of cryptically communicating via the arrangement and use of certain flowers.

Specific petals have had a cultural meaning for thousands of years The curiosity for and interest in Floriography was especially strong in Victorian England and the United States during the 19th century. Presents made from flowers, plants and special floral arrangements were used to send encoded messages. This contributed to the rise of floral dictionaries. Victorian lovers exchanged „speaking bouquets” also called nosegays or tussie-mussies. The tussie-mussies were carried in small, often cone-shaped and richly decorated vases. These could be made from sterling silver, sheet silver, gold, ivory, glass, porcelain, motherof- pearl or straw. Worn at the collar, held in the hand or pinned to the chest, the little vases could also be displayed in specially made, threelegged supports.

Their cute-sounding name is not made up: „Mussie“ stands for the moss that is moistened and layered around the stems to keep the flowers from wilting, and „tussie“ is a Middle English term for a small bunch of flowers that are held together in a bouquet.

Tussie-mussies are reminiscent of the strong odours of medieval and Victorian streets and quickly evolved into a favourite fashion accessory of the high society. Floriography was even one of Queen Victoria’s favourite pastimes. What did the elegant lady of high society do? She would garden, meet with acquaintances and speak about the language of flowers. Wearing a certain flower, like a red rose for passion, a pink rose for new love or a white rose for purity, offered the opportunity to convey moods and romantic availability during a dinner or ball since those things were obviously not spoken about publicly.

Nobuo Sugino started travelling abroad in 1993 to collect pressed flowers wherever he could find them. In 1997, this collection finally turned into the International Pressed Flower Art Book. Since 2010, Nobuo Sugino is the president of the International Pressed Flower Art Society which works to keep up the training and promotion of the art of pressing flowers all over the world.

And today? Dried flowers are back in fashion! The ideas for dried pieces of art are plentiful: levitating clouds, hoops, wreaths and loops. There’s hardly a lifestyle editorial between Berlin and San Francisco that doesn’t feature dried plants. A novelty are dry and flat arrangements. For its fall / winter collection 2021, the couture house Oscar de la Renta worked with the artist Tricia Paoluccio to create fascinating patterns from cut and pressed real flowers. From relaxed, printed cotton dresses to tailored crêpe-creations and spectacular evening gowns, the collection was full of flowers and fresh glamour. And the dress that Taylor Swift wore to the Grammy’s in 2021 even went viral.

Now it’s your turn: get out your heavy books and start pressing your favourite flowers! Forget primary-school-aesthetics and find joy in DIY-ideas for your home, closet and jewellery box again.

For more inspiration we have interviewed interesting artists working with „pressed & dried flowers“ on the following pages! 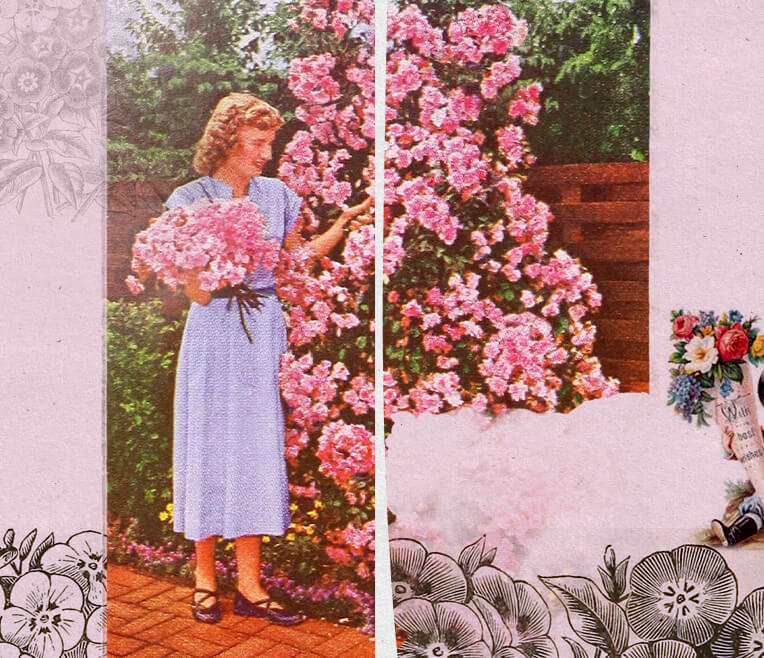 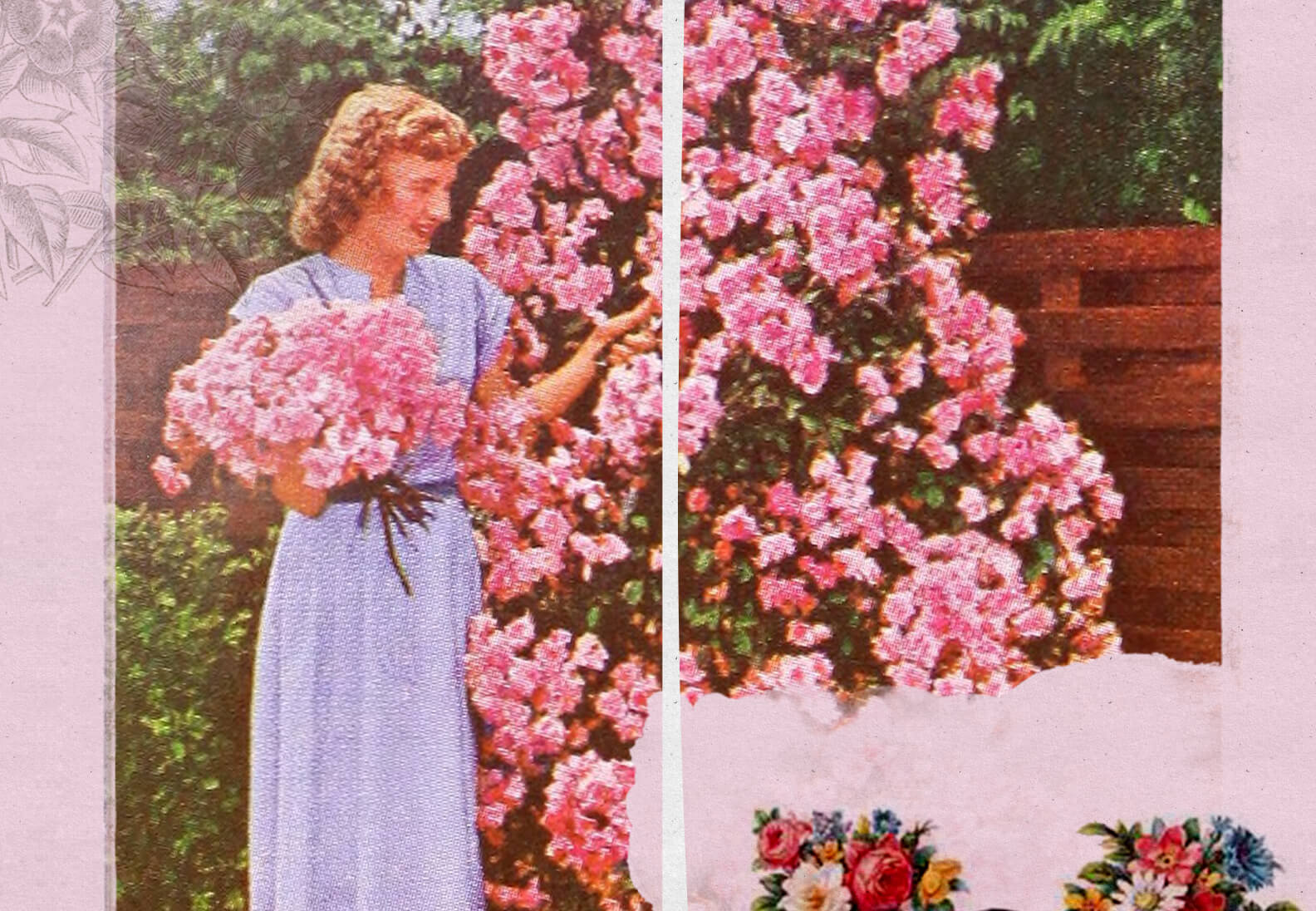 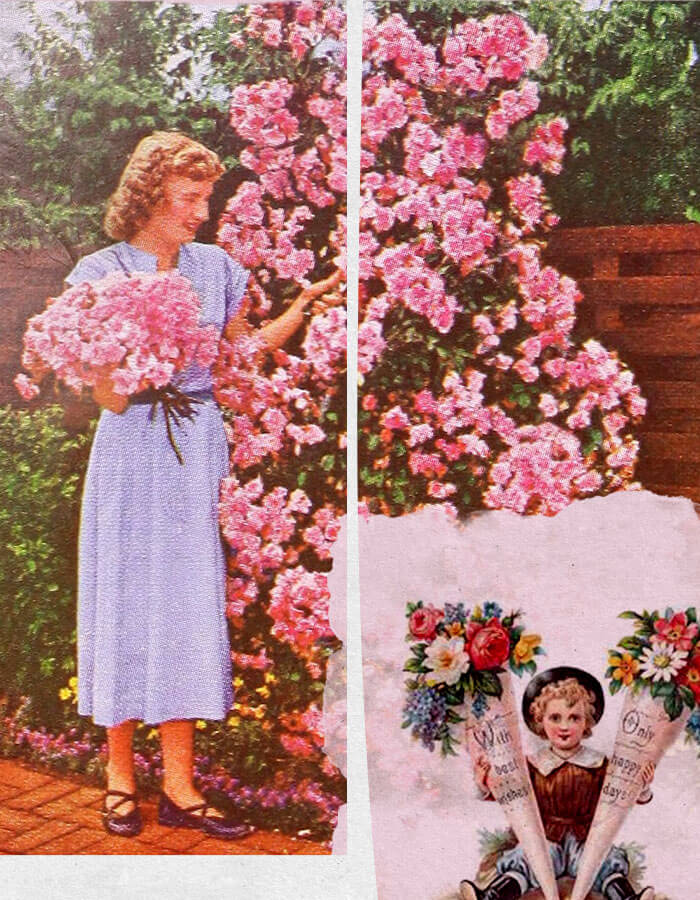