A digital fragrance journey with GINZA by SHISEIDO

Together with our partner SHISEIDO, we went on a digital fragrance journey with around 50 participants on the occasion of the new fragrance GINZA. In sisterMAG No. 62, we report on the experience, introduce you to the special fragrance with its inspirations and ingredients, and florist Hürriyet Bulan gives helpful tips on handling cut flowers. Enjoy!

with GINZA by SHISEIDO

When home office and unsteady weather conditions bring the proverbial ceiling to fall upon our heads, wanderlust and the longing for lightness are bound to set in. All the more reason to get excited when our partner SHISEIDO invited us to a digital fragrance journey. During the digital master class, Ralf Breininger (National Trainer SHISEIDO) took us and 50 other participants into the fascinating world of the new women’s fragrance GINZA. From our dearest floral artist Hürriyet Bulan, we then also learned the art of flower arranging. Read about our travels on the following pages.

GINZA – The harmony of contrasts

In the metropolis of Tokyo, the success story of SHISEIDO started about 149 years ago. Already in 1872, the Ginza district with its exclusive and luxurious shops was a magical point of attraction. Over the decades, this fascination grew stronger and the district‘s name evolved into a separate term for »shopping street«. Although there are a lot of these to be found in Tokyo and Japan now, only Ginza in the Chūō district has been able to preserve its unique flair. Anyone who takes a stroll through the lively hustle and bustle of the shopping street can’t miss the harmonious mix of luxurious handicrafts and newest technological gadgets. It‘s the place where Eastern tradition meets Western modernity.

The women’s fragrance GINZA is also based on this philosophy of the »harmony of contrasts«. The floral notes of jasmine, freesia, magnolia and Japanese orchid vibrate in unison with woody notes of hinoki, patchouli and sandalwood. It’s this ultimate balance between contrasts that makes the fragrance a unique experience for its wearer. A source of strength and, at the same time, a strong emphasis on our femininity.

The flacon – A patented masterpiece

In the same tradition, the flacon of GINZA unites two core figures of Japanese history and mythology, further symbolising the duality of femininity and strength like no others: the Geisha and the Samurai. By way of the Shinto religion, Samurais found their way into the centre of Japanese society, standing as a symbol of Japanese strength and masculinity. In contrast, the culture of the Geishas now as then, exists in the mysticism of exclusivity and the hidden, as well as sophistication and luxury.

Not every woman can become a Geisha but the few who do become one, personify Japanese nobility and femininity. In this understanding, Geishas are often attributed with »realms of flowers« and »unattainable silk«. Next to these accolades, another significant feature of the Geisha is her traditional external appearance. Its ultimate feature of recognition is her deep black, straight, and shiny hair that is strictly pinned up.

Looking closely at the flacon, we see these characteristics picked up in the closure (hairstyle) and the pink perfume composed with floral notes. As a symbol of (male) strength, we find the sword of the Samurai superficially perpetuated: Dominant here is the black sword that dips directly into the fragrance and therefore symbolically reminds us of the inner strength every woman carries within. We find a rather subtle element at the bottom of the flacon: Here, a rounding, the same as the blade of his sword, the so-called Katana, spreads out and makes the pink essence literally »dance« on it.

This smart design was created by none other than Constance Guisset. The French designer has been a firm authority in interior design for a long time – the popular Vertigo lamp is one of her creations. After a two-year stay in Japan, she has developed a Japan affinity. Thus, it was with great enthusiasm that she created her very first fragrance flacon.

Discover the strength in YOU

Far away from the land of the Rising Sun, about 50 participants and we were able to undertake this fascinating journey in the comfort of sitting in front of our laptops. Ralf Breinlinger (National Trainer SHISEIDO) did not only visually introduce us to the culture of GINZA. The master class was also an ultimate olfactory experience. With four vials, filled with the individual essences of the fragrance, Ralf sent us on an excursion into the world of the perfumers Karine Dubreuil and Maia Lernout who developed and created GINZA together.

Co-teaching was sisterMAG’s longtime companion and an absolute expert for flowers and plants: Hürriyet Bulan, Botanic Art. While Ralf awakened the strength of GINZA in us, Hürriyet tickled our feminine spirits and showed us how we can create an impressive flower arrangement at home. Essential to this is of course, keeping the flowers fresh and in bloom.

Put the content of »Flower Food« or 1 tablespoon of sugar into lukewarm water.

FREESIA: You can cut these stems straight (about 2 cm).

ORCHID: Cut at slight angle to create a wider surface for the flower to take up enough water.

MAGNOLIA: Do not only cut the branches in a slight angle but also cut an X into the cut surface of the branch.

Don’t place the vase in the direct sun, but in a cool place. 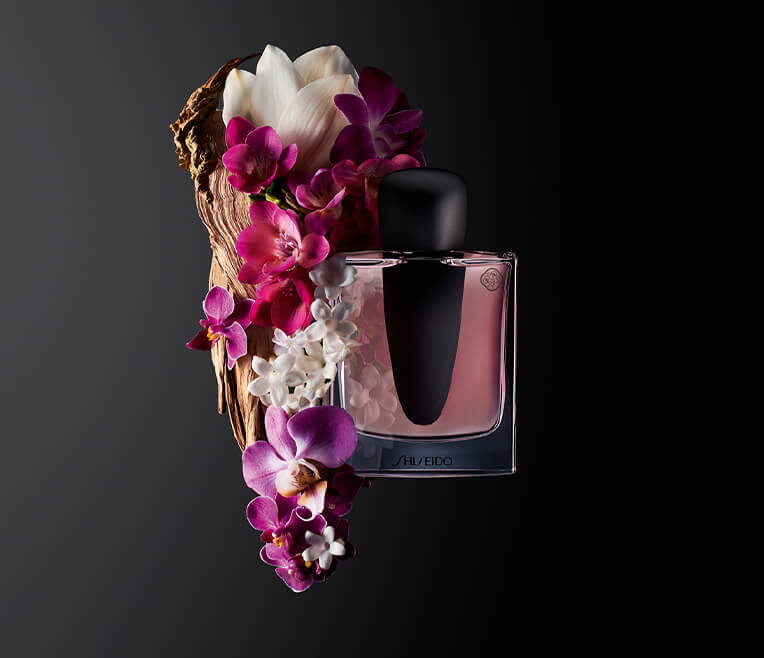 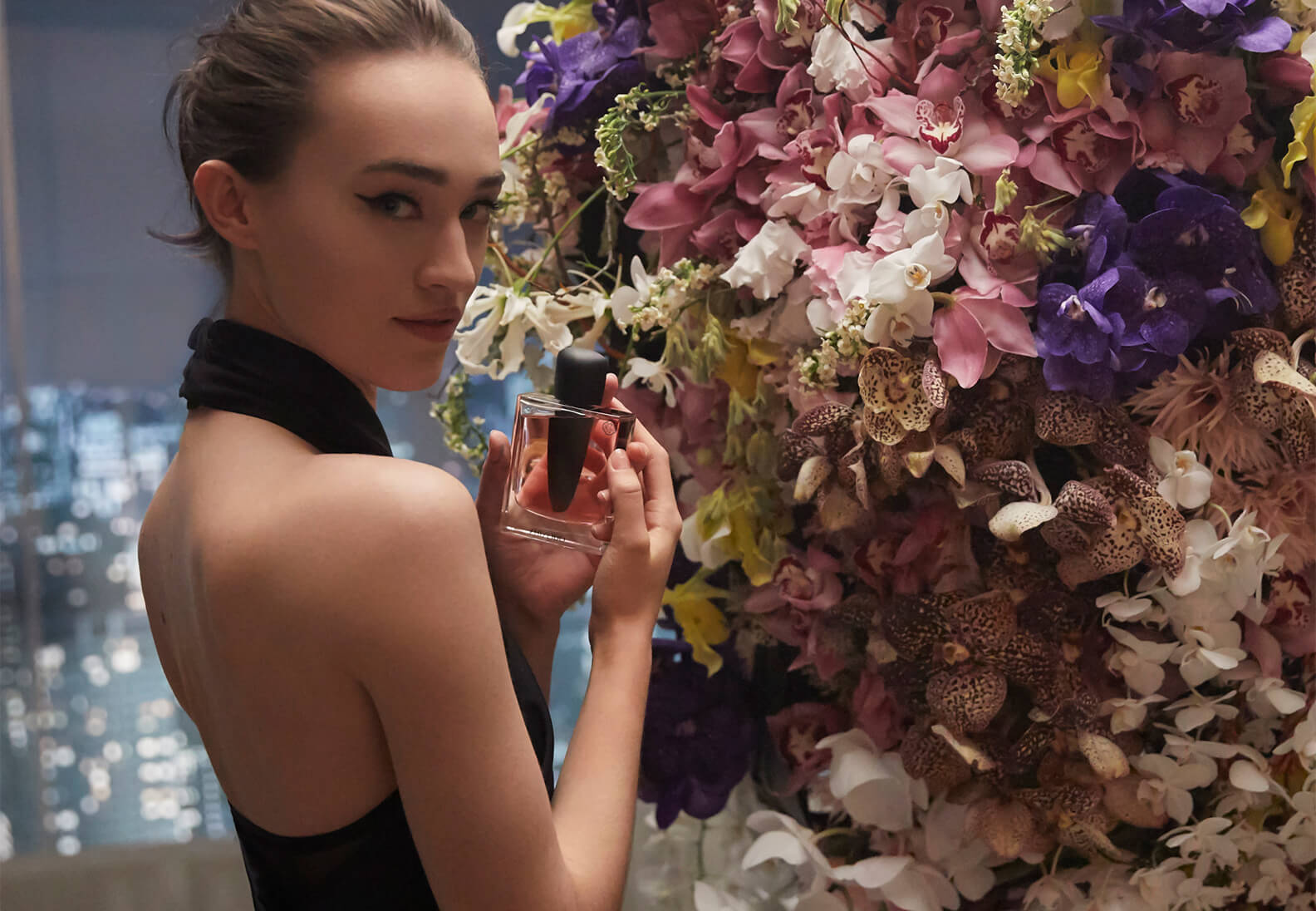 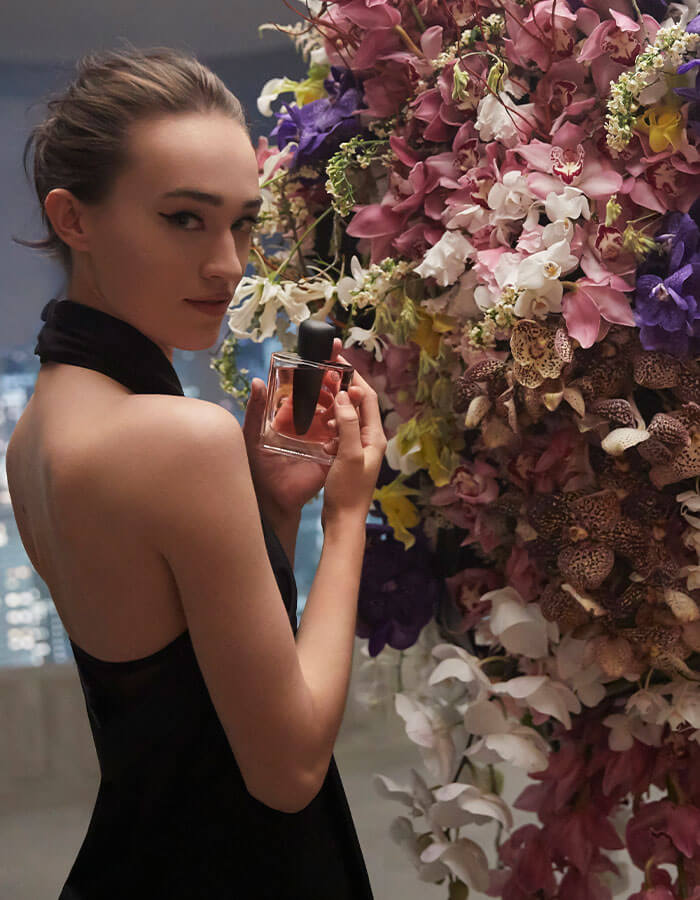 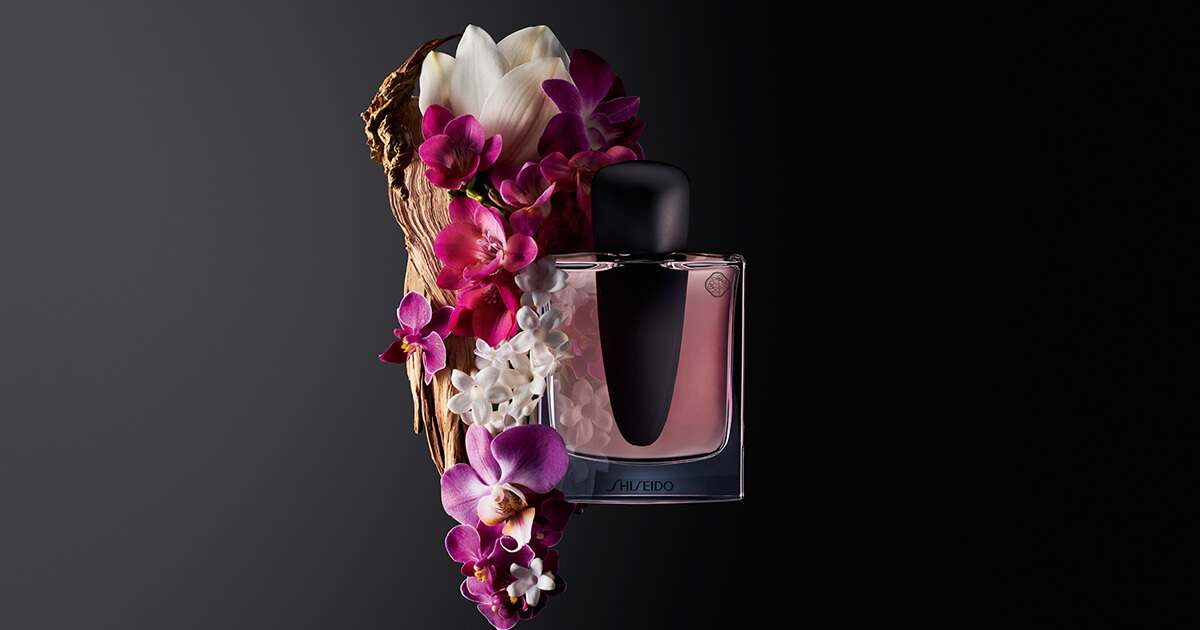