Famous Stairs around the World

One step at a time – the fewest stairs are really spectacular. Some specimens have gained notoriety through their appearance or their length. Alexander Kords introduces you to them in sisterMAG.

Spectacular Ups and Downs – Famous Stairs around the World

Stairs are used to bridge the height-gap, so technically, they can be considered quite unspectacular. However, there are some stairs which truly reach new heights. Here are some of the most unforgettable examples worldwide.

One step at a time – very few stairs make it into the Stair Hall of Fame. But some of them are exquisite constructions in length, material or design. Here are a few spectacular examples.

The Holy Trinity in staircase-form

There are stairs in Rome with the wonderful sounding name Scalinata di Trinità dei Monti. Only acknowledged Rome experts, however, will have any idea which ones are meant. Translated into English though, everyone will recognise the Spanish Steps. With its 136 steps, it derived its English name from the Piazza di Spagna (»Spanish Square«) it leads to. Characteristic of its structure is its threefold-division repeated along its total length of 68 meters. This design element by architect Francesco De Sanctis  was a not so subtle nod to the Holy Trinity and the Santissima Trinità dei Monti church rising at the top of the stairs. By the way, be careful where you sit. Since August, it is officially forbidden to sit on the Spanish Steps. If you do, you will be liable to pay a fine of up to 400 Euros.

The film »Battleship Potemkin« is almost 100 years old. By Russian director Sergei Eisenstein, it opened in cinemas in 1925. One of the key scenes of the film1 is a well-known sequence – not only among movie buffs. It is set on a majestic staircase. Armed with rifles, the Cossacks descend them to shoot a group of rebels who then fall on the steps one by one. Iconically, a baby laden pram rolls down the stairs, passing the dead bodies on its way. The stairs on which this cinematic drama took place, are located in the Ukrainian city of Odessa. The steps are the formal entrance to the city and take you from the harbour to the centre of town. After its construction from 1837-1841, it still lacked an official name. Residents used to call it the Boulevard or Richelieu steps. Nonetheless, it soon became a landmark in Odessa which intensified with the film. In 1955, the stairs were finally named–The Potemkin Stairs, taking into account the film they were featured in.

Rio de Janeiro has quite a few landmarks: the Jesus statue, the Sugarloaf Mountain, the Copacabana – to name only a few. In recent years, a flight of stairs has joined the ranks. The Escadaria Selarón was a one-man project named after its architect, the Chilean Jorge Selarón. He lived in an artists’ house in the district of Santa Teresa and in 1990, he started renovating the stairs in front of the building. He did this by repairing crooked or broken steps with pieces of blue, green and yellow tiles. Soon, his hobby became a passion and over the next 23 years, Selarón had covered the whole 125-metre long flight of stairs with intricate pieces of tile, ceramic and mirror. He was given the materials by visitors from all over the globe. More than 2,000 pieces from 60 countries are incorporated into the stairs. Now that’s teamwork!

You can expect a mixture of mountaineering and step climbing if you want to reach the Half Dome summit at Yosemite National Park in California. The whole tour is about 25 kilometres long, with altitudes of almost 1,500 meters. The highlight, however, is the last 120 metres. Holes drilled into the rock support the metal steps. Adventurous hikers can also hold onto two thick steel ropes for support. And these are an urgent necessity because the climb is up to 45 degrees steep. As the number of stair-climbing tourists continued to increase the park officials decided to limit the number of visitors in 2011. Today, you need a permit to hike up the Half Dome. If you don’t have one, a fine of up to 5,000 US dollars or six months in jail is a sure way to ruin your day.

One of the most spectacular flights of stairs in Germany is in Duisburg – and it’s completely useless. At the top, you will have reached a height of 13 meters. However, after accomplishing its 220 steps, you arrive at exactly the same spot where you left. Tiger and Turtle – Magic Mountain, as the construction is called, was created in 2010 by the artist couple Heike Mutter and Ulrich Genth and looks just like a roller coaster. It even has an integrated loop which, for obvious gravity reasons, is not accessible. Their nighttime illumination makes these infinite stairs even more fantastic by night than by day.

Running up the longest stairs in the world

You have probably never heard of the Niesentreppe (»Niesen stairway«) even though it’s the longest flight of stairs in the world. 3.5 kilometres of stair lead you along the track of the Niesen Funicular and up along Switzerland’s Niesen mountain. For safety reasons, however, you can only access the stairs in June and if the Niesen Stairway Run2 is on the agenda. On that occasion, the funicular traffic is stopped and more than 200 amateur runners aim to conquer the 11,674 steps as fast as they can. The men’s record is close to 56 minutes, the women’s, a little over 67 minutes. If you enjoy a sporting challenge then the next Niesen Stairway Run takes place on June 13th 2020. 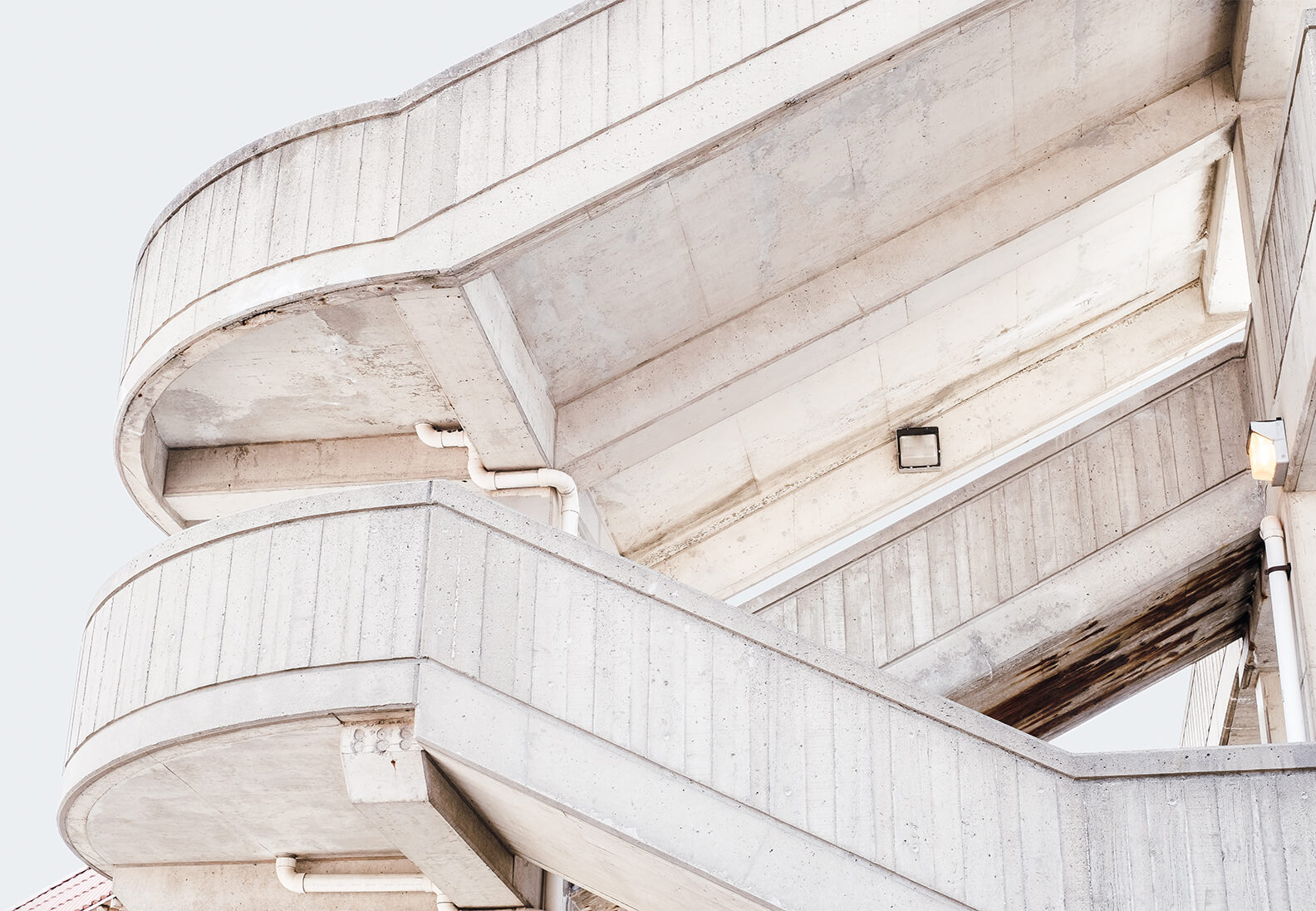 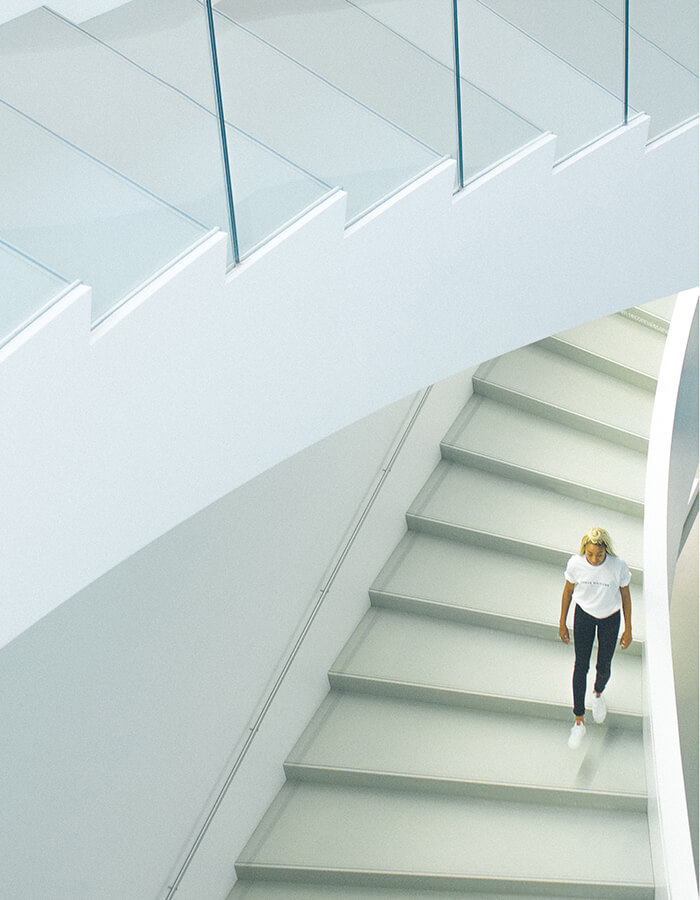 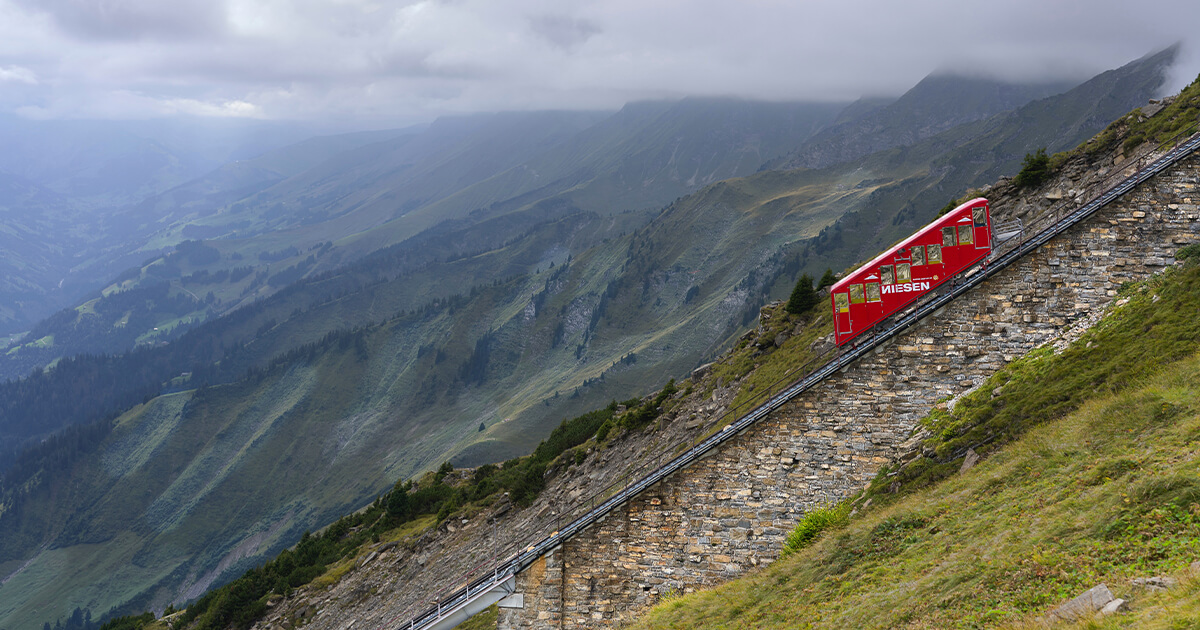