The perm, baby bangs and pageboy cut are back

Long, elegant cuts, classic bobs and sleek looks? Sooooooo 2018. This year in hair is going to be moved and cheeky! The perm, pageboy cut and other trends from our childhood days are back! But don’t worry – they’ve been given a fresh update. Read the full article by  writer Marlen Gruner in this sisterMAG.

The perm, baby bangs and pageboy cut are back

The thing about your haircut is: you always want to feel comfortable with it, not have a lot of work, but still look amazing, preferably right after waking up in the morning. Then from time to time, you want a change – depending on the season, your mood or relationship status – and try out one or two hair trends. Oh does the lifestyle world have a goodie for you: hair style revivals with pretty updates.

The return of the perm

First of all, the perm. In the 1980s, women got constant curls by having their hair chemically altered. It sometimes had a bad reputation for resembling a poodle’s hair, but now, it is making a comeback, directly in line with a current trend: getting some movement back into hair and making it sassy. The trendy, elegant, big waves of the last years give way to little twists.

However, they do not look picture-perfect, but follow the motto of being natural instead: that is to say, they casually fall on or over the shoulders. Although – luckily – the chemical treatment is far gentler on the hair today than it used to be, it still is chemical. So your hair should naturally be strong and healthy in order to withstand the chemical mace.

Here is some background information and tips: the shorter the hair, the smaller the twists are going to be after the alteration. On the other hand, a perm can, in a way, help »tame« very frizzy hair. Another thing to consider is whether or not the hair is (still) coloured because colour can interfere with the process. Here is some advice for a beautiful, natural style: take rollers with different diameters to enhance the natural effect. For this look, as with all current hair styles, it is important to let your hair shine. Because not only should the hair look natural, but also cared for and healthy.

Comeback of the baby bangs

Let’s move on to bangs. Prada, MiuMiu and other brands have already shown us how they could be worn in 2019 – short, very short! The trend is called baby bangs and promises a clear view, quite different from curtain bangs which partly cover the eyes.

Ultra-short bangs were already spotted on the catwalks last year. This year, short and either blunt or choppy bangs high above the eyebrows have become a trend to look out for. Audrey Hepburn already gave them a sophisticated image in the 1950s. Now, models and actors such as Emma Watson, Angelina Jolie, Audrey Tautou and Christy Turlington are wearing this avant-garde look.

Baby bangs look especially great on oval- and square-shaped faces and work well with a chin- or shoulder-length bob, but also with long hair. They also look good in combination with a pixie and curls. Just a small hint for those with a wide forehead: baby bangs decrease its appearance. If you don’t want to take the plunge right away, you can start by trying out bangs that end just above the eyebrows. Talking about taking a plunge…

The revival of the bowl cut

Those who are brave enough to try out this cut demonstrate female willpower in an often male-dominated world. The hairstyle stands for emancipation like no other. It first popped up in the 1920s as the first short haircut for women. Instead of pinned up or braided hair, short hair and self-confidence were en vogue at that time. Those wearing this cut were viewed as brave and strong. Even today, this is a statement cut.

And now, it is being revived. But what makes it different and what kind of hair is ideal for it? Straight hair, no question! It is cut in a straight line which makes it look fuller than a bob for instance. The maximum length is in line with the chin, the bangs are long. This is how it was worn by the upper class of Paris in the 1920s after society hairdresser Antoine had created it based on Joan of Arc. In the 15th century, she is said to have had her hair cut like the pageboys of the knights.

Today, however, there is much more versatility to the cut. It can for instance end just under the ears – like in the case of singer Beth Ditto. Another variation reaches the clavicle and sometimes, the look is asymmetrical.  There is also much room with regards to the styling: straight, sleek, curly, anything is possible. Due to its rather sharp edges, this cut especially highlights delicate features and looks especially well on oval-shaped and square-shaped faces. And colour goes well with this look, too – so you can not only make a statement with the hairstyle itself, but also by colouring it platinum blonde and the like.

Rebirth of the pageboy cut

Somewhat similar to the bowl cut is the pageboy cut. Some may have had trauma concerning this style in their childhood, but now, it is ready to be taken on.  Essentially, this look is a bob at chin-length with either blunt or choppy bangs. The hair itself is blow-dried inwards with a round brush.

The current update of this hairstyle can be chin-length or shorter, for instance above the ear. For this statement cut, you can step it up one more notch with colouration and let your hair shine. This style is also mostly made for oval- and square-shaped faces. Well then, ready, set, cut! 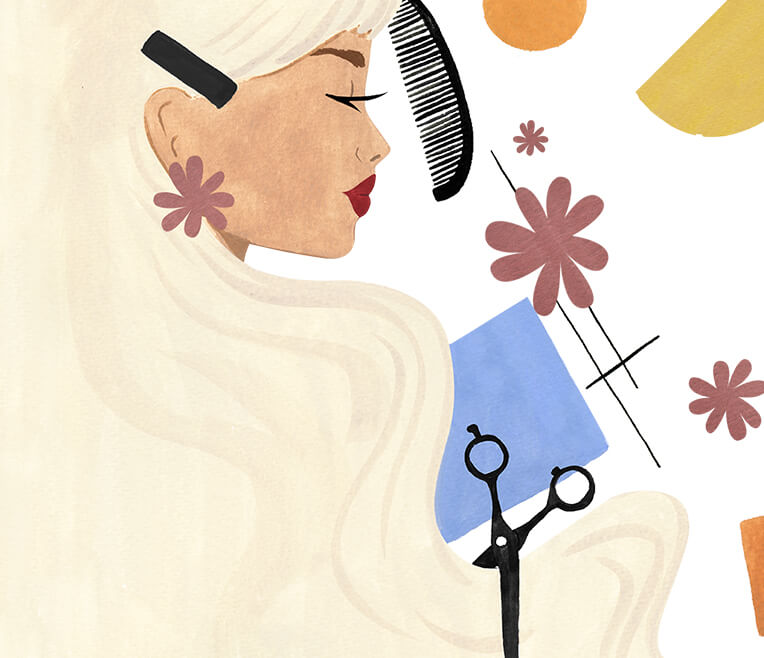 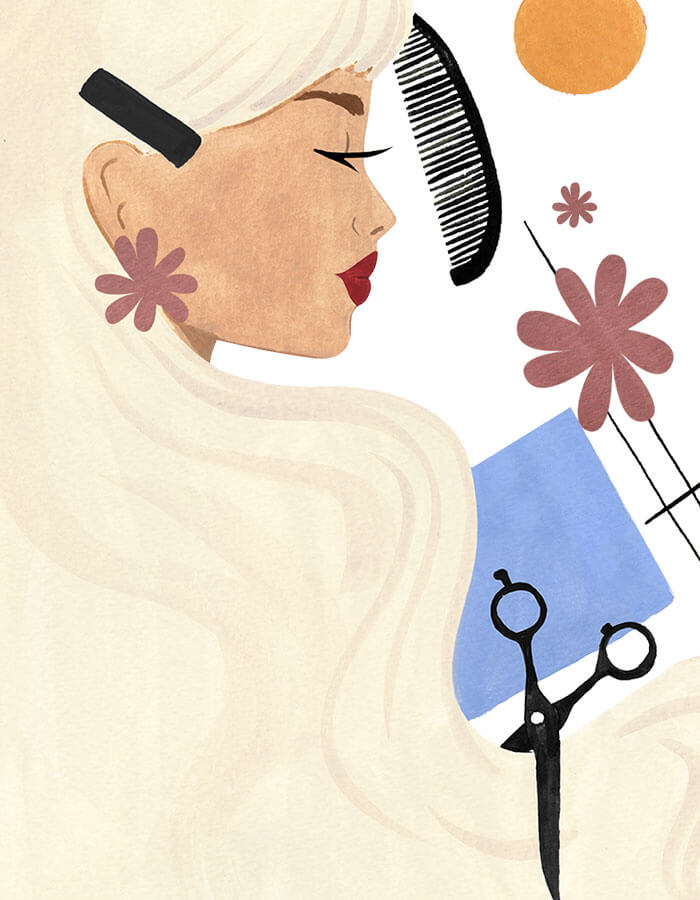 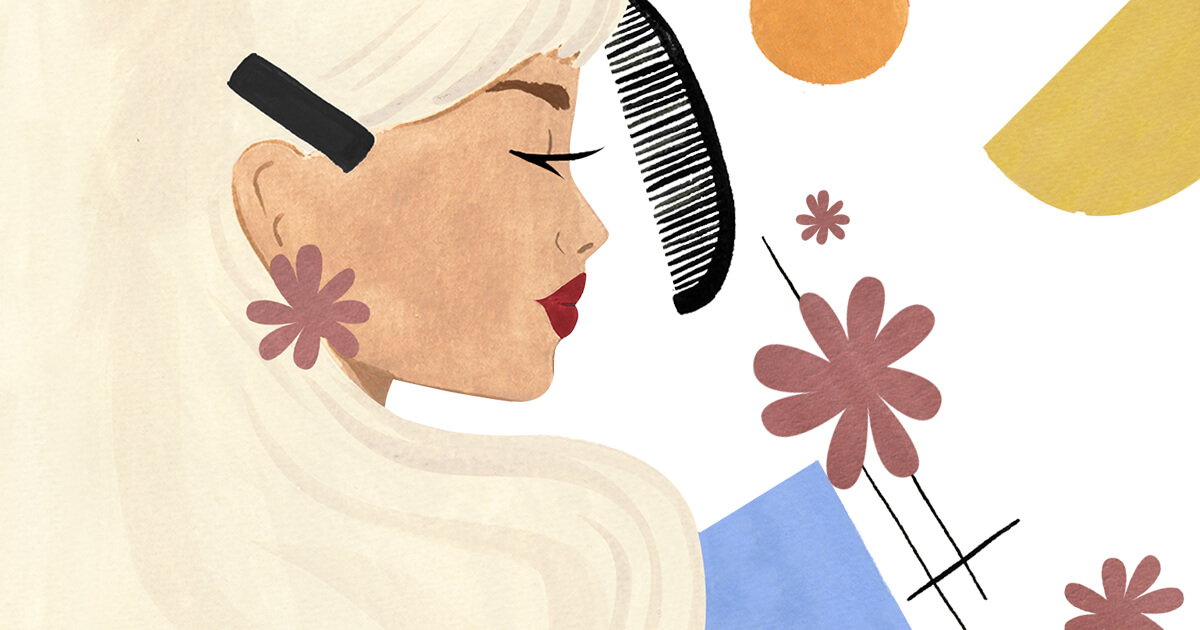