»Straight edgers« lead a life of abstinence – of their choosing. However, they are no longer the exception to the rule. Current social movements and the continuing focus on sustainability and fitness are following the same path, which is anything but square or uncool. Read here in the sisterMAG artcile by Marlen Gruner why.

No Alcohol, Tobacco or Drugs!

»Straight edgers« lead a life of abstinence – of their choosing. However, they are no longer the exception to the rule. Current social movements and the continuing focus on sustainability and fitness are following the same path, which is anything but square or uncool.

What sounds like a simple statement is actually the epitome of a whole movement. »Straight edge« originated from the hardcore punk scene and was invented by the US punk band Minor Threat, or rather their singer Ian McKaye.

Straight edge – a movement from the hardcore punk scene

In 1981, McKaye wrote the song »straight edge« – »Don’t drink, don’t smoke, don’t fuck«, he sings. The song became the movement’s anthem, which today has tens of thousands of followers in Germany alone. Anything that influences thoughts, actions or the personality on a whole, is given up.

That includes swearing off alcohol, tobacco as well as any kind of drug. Promiscuity and one night stands are also a no-go for straight edgers. Many followers are also vegan, so avoiding all animal products. Tattoos however are not banned: They are a way of expressing personality.

Outer appearance versus inner values – for some, an extreme contrast, for straight edgers, a lifestyle. And this lifestyle is characterised by pragmatism: Real-life instead of intoxication, that’s the motto.

But why abstinence, some might ask? »The scene is popular with young people. A generation whose thoughts about political and economic issues, as well as life choices, are taking a front seat. For them, straight edge couldn’t come at a better time«, explains Gabriele Rohmann of the Archive of Youth Cultures in Berlin (1). Followers, so she says, have had »enough of the consumer society and want to take a serious look at the future of this world (1). Many straight edgers are also involved in activism on many levels, including animal rights, anti- sexism and homophobia campaigns.

And they are not alone. In light of the current and continuing movement Clean Living; promoting an environmentally conscious and health- oriented way of life, increasing numbers are avoiding alcohol, tobacco and meat. And that has a social impact.

17.53 million people. At the same time, the number of gym members are increasing: While, according to the employers’ association of German fitness and health centres (DSSV), 4.4 million people went to the gym in 2003 (3), this number increased to 10.6 million in 2017 and even further to 11.1 million people in 2018. In addition to this, increased groups are advocating for animal rights, are against sexism and homophobia – or all three.

A healthy and sustainable lifestyle, with a focus on self-improvement, is definitely considered cool, even if you do not follow the straight edge lifestyle completely. Much more important is finding your own path on the journey to self-improvement. Giving up smoking might be your thing, for another, saying no to drugs, being tee-total, avoiding one night stands or the consumption of animal products. But at the end of the day, it’s about leading a happier life according to your principles.

And ensuring the peaceful coexistence of different lifestyles by respecting others.

So, yes you can celebrate with a soda instead of wine without being stared at. That way, you can avoid hangovers and your mental health will thank you as studies of the University of Hongkong show (4). These figures also prove that it’s possible to attend a party without lighting up a cigarette. And with a little bit of preparation and the right products, a vegetarian or vegan buffet is made just as easily as a regular one – plus super delicious. Will you have to defend your choices in life? No.

»Straight edge« is a revolutionary lifestyle which is increasingly becoming our every day, in whichever form and ready to be lived. 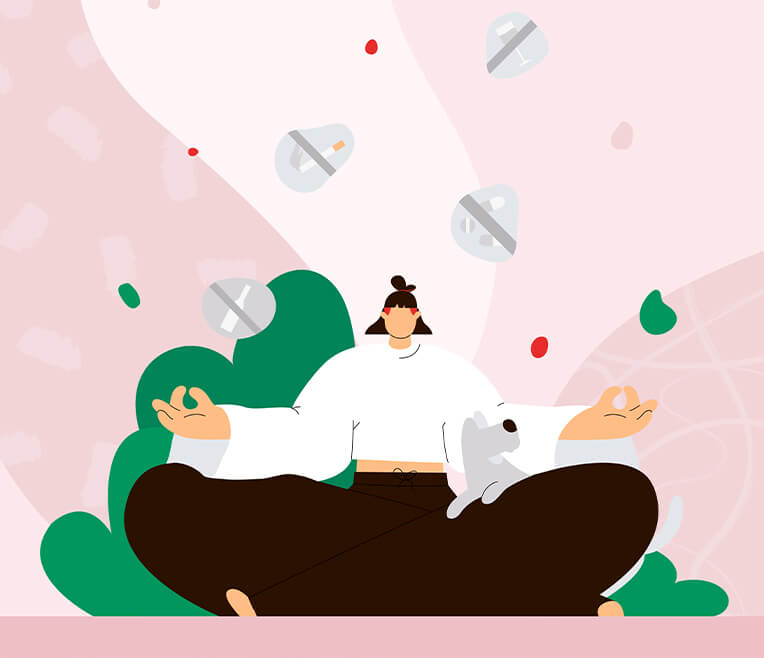 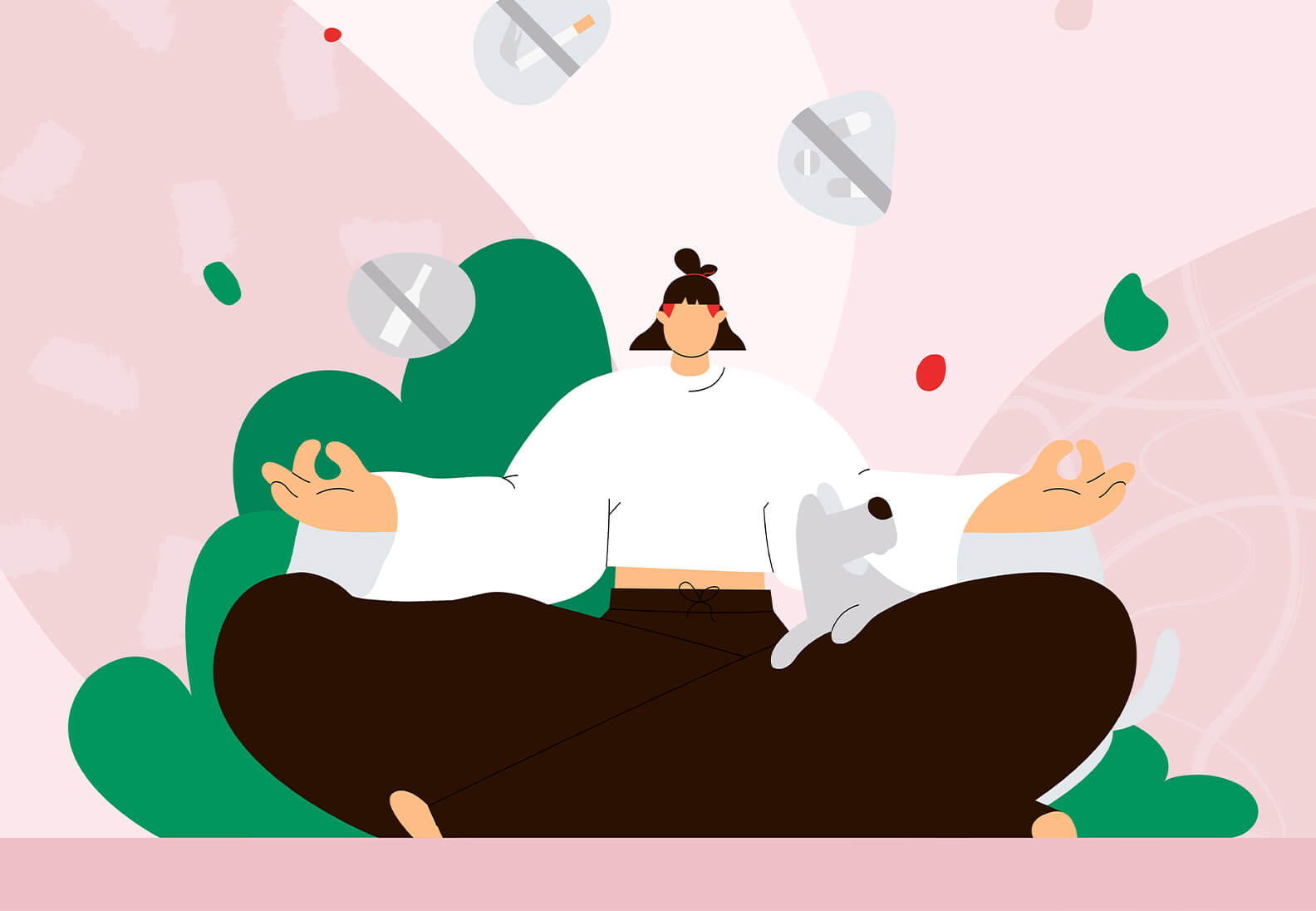 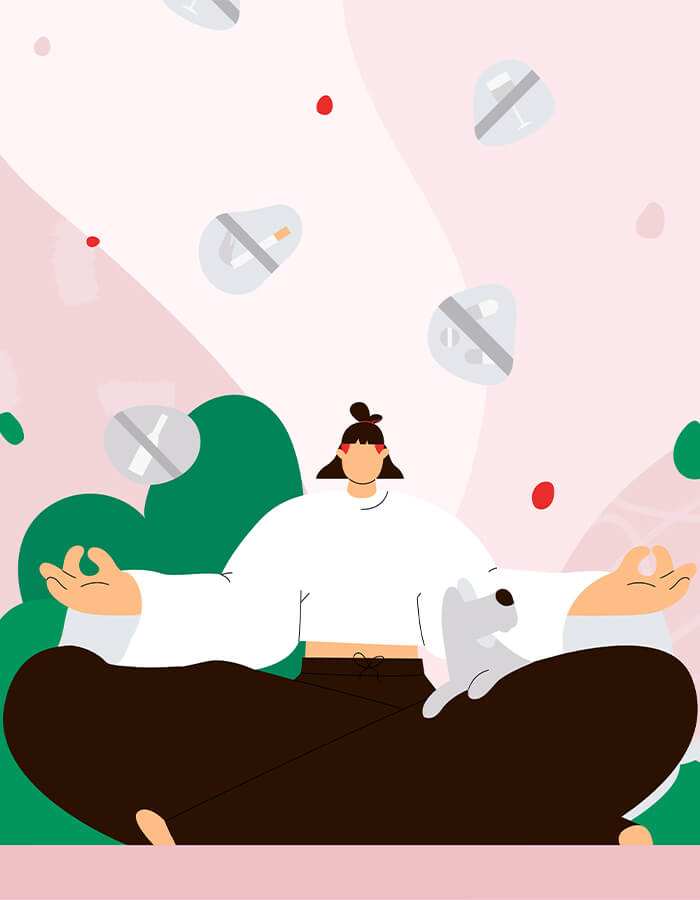 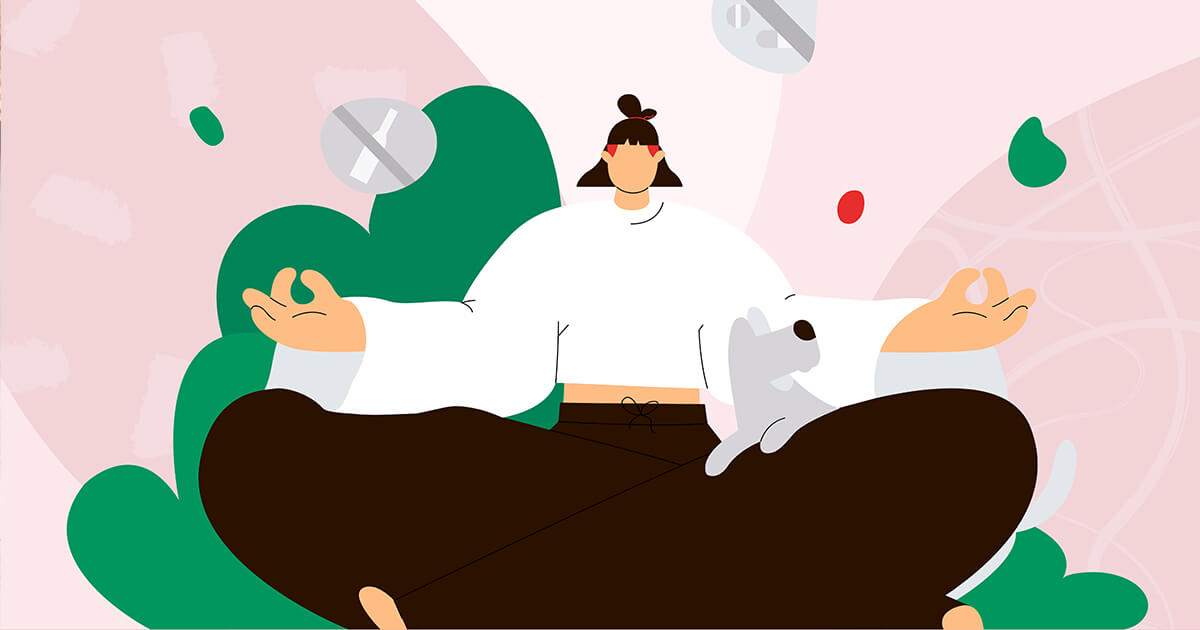