When the German art school »the Bauhaus« was founded in 1919 to unite art and technology, no one could have possibly known that the cooperations and creations forged would one day be known all over the world. The collaboration with the manufacturer of speciality glass SCHOTT, in particular, is quite remarkable. Resourceful Bauhaus students and master craftsmen breathed new life into its glass. The result, design classics such as the Sintrax coffee maker, the Wagenfeld tea set and the egg coddler can be found in many households worldwide. Author Marlen Gruner introduces the Bauhaus design in sisterMAG.

When the German art school »the Bauhaus« was founded in 1919 to unite art and technology, no one could have possibly known that the cooperations and creations forged would one day be known all over the world. The collaboration with the manufacturer of speciality glass SCHOTT, in particular, is quite remarkable. Resourceful Bauhaus students and master craftsmen breathed new life into its glass. The result, design classics such as the Sintrax coffee maker, the Wagenfeld tea set and the egg coddler could be found in many households worldwide.

The design school existed for 14 years. Founded in Weimar in 1919, it closed its doors in Berlin in 1933. A relatively short amount of time, but those 14 years had a significant and lasting impact on art, design and architecture – and still does to this day. Artists, craftsmen and architects worked side by side, gaining creative inspiration. This unification of art and technology was the experimental yet principle approach of the design school, bringing together form and function. A philosophy that the Bauhaus students and master craftsmen passed on to the Jena company SCHOTT.

From glass in a lab to domestic use

In 1887, the chemist Otto Schott created a heat and chemical resistant glass, so-called borosilicate glass. This fire-proof speciality glass was mainly used for laboratory devices such as lighting glass, pharmaceutical ampoules and bottles. Otto’s son Erich Schott took over the company management in 1927.

Bauhaus founder Walter Gropius approached him after the famous model home »Haus am Horn« exhibition at the school in 1923. Glass baking dishes from SCHOTT – named »Schott & Gen.« at the time – were exhibited in its kitchen. Gropius had detected certain »formal weaknesses« in the »superb baking dishes« (1) and offered Schott a collaboration.

Seeing a chance to break into new markets with potential innovations,

»machines and craftsmanship« (2). Wagenfeld is said to have criticised Schott in his presentation by saying »You commission scientists and technicians, but no artists«. Challenged by this, Schott answered: »Then show me what you can do« (3). The task was to work on old models and create new ones.

Which he did: In 1931 Wagenfeld studied glass to find out which possibilities it offered in terms of design and function. In the same year, he designed the famous tea set that combined the Bauhaus principle of artistic design with practical use.

The set is composed of plates, cups, sugar and creamer and the iconic teapot which became a design classic. And all resistant to chemical and mechanical influences. These designs were as complex as they were simple. They made Wilhelm Wagenfeld one of the most important industrial designers of his time and beyond.

Until 1935, Wagenfeld had created a whole range of household glass items including, cooking and baking utensils, casserole dishes, pressed glass plates, sauce boats, jugs and the egg coddler. Created in 1933, the egg coddler would make design history due to its distinctive shape and various possible uses.

And if you are wondering how you would use it to coddle eggs, then its fairly simple: A raw egg is broken into the coddler, salt and herbs are added, the lid and clips are put on top and the coddler is then placed in a bain-marie for up to six minutes. Additional ingredients can be added. After the success of the egg coddler number 1 for one egg, number 2 for two eggs followed and subsequently two large models in L and XXL.

Back to Bauhaus and another innovation. Although sculptor and graphic designer Gerhard Marcks managed the ceramic workshop until 1925, this did not stop him from studying glass. In 1924/5, he created his first drafts of the »Sintrax« coffee maker for the glass factory Schott & Gen. in Jena. His ideas were inspired by the »Sintrax« glass filtering devices from the 19th century. Marcks utilised their vacuum suspension or negative pressure system and combined this technology with the fire- resistant glass from SCHOTT. He then gave his coffee maker a tasteful and groundbreaking design.

Its name is a combination of the words sinter – changing solid masses through heat – and extract. The »Sintrax« was presented to the public in 1926 and set into production as the first Bauhaus designed household appliance in 1927. The  Sintrax would go on to be used in households all over the world. 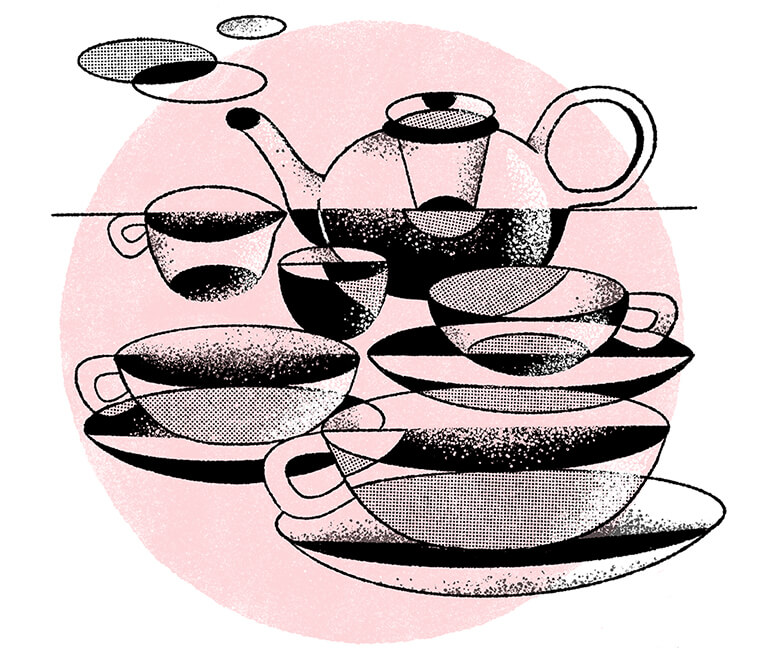 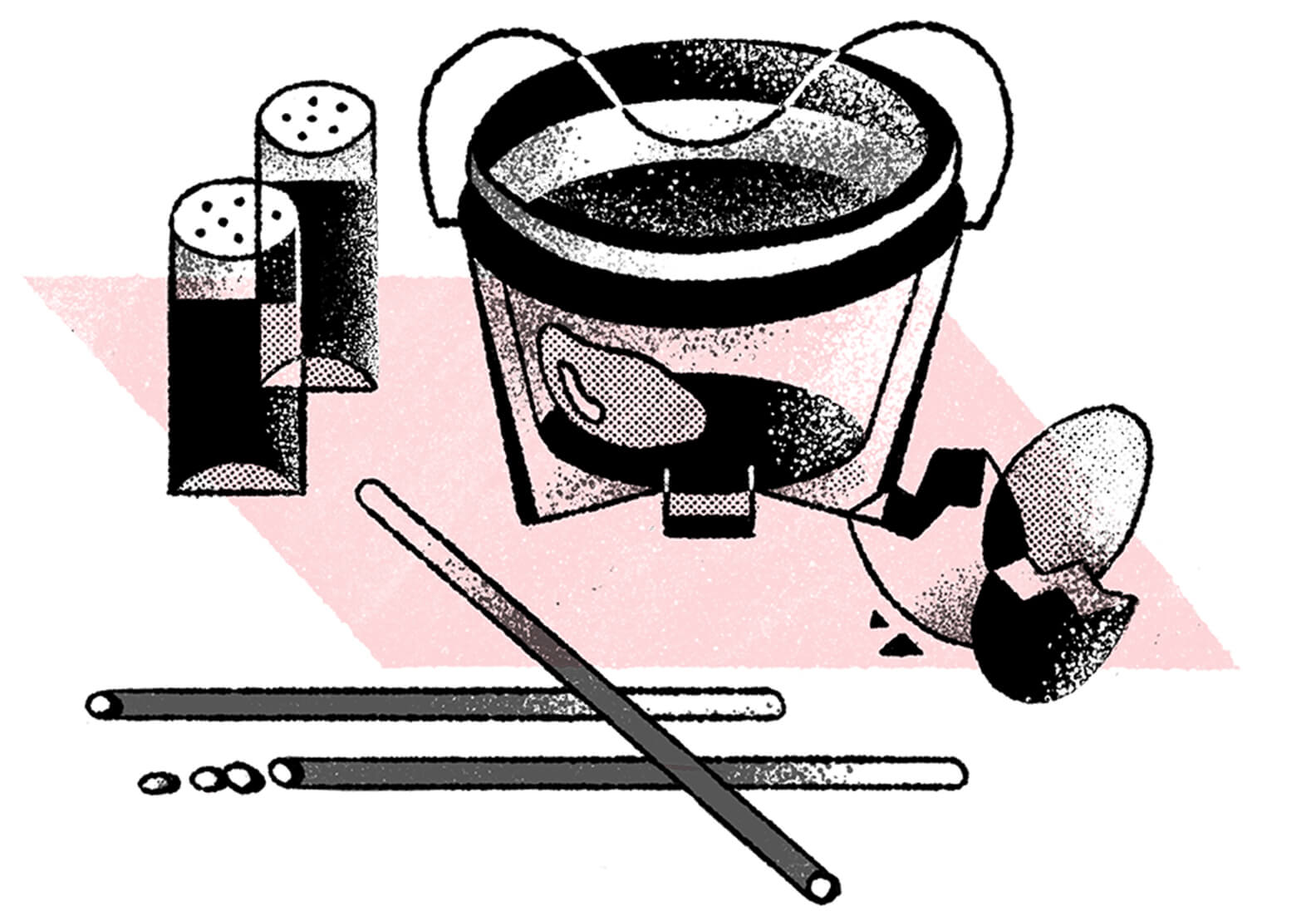 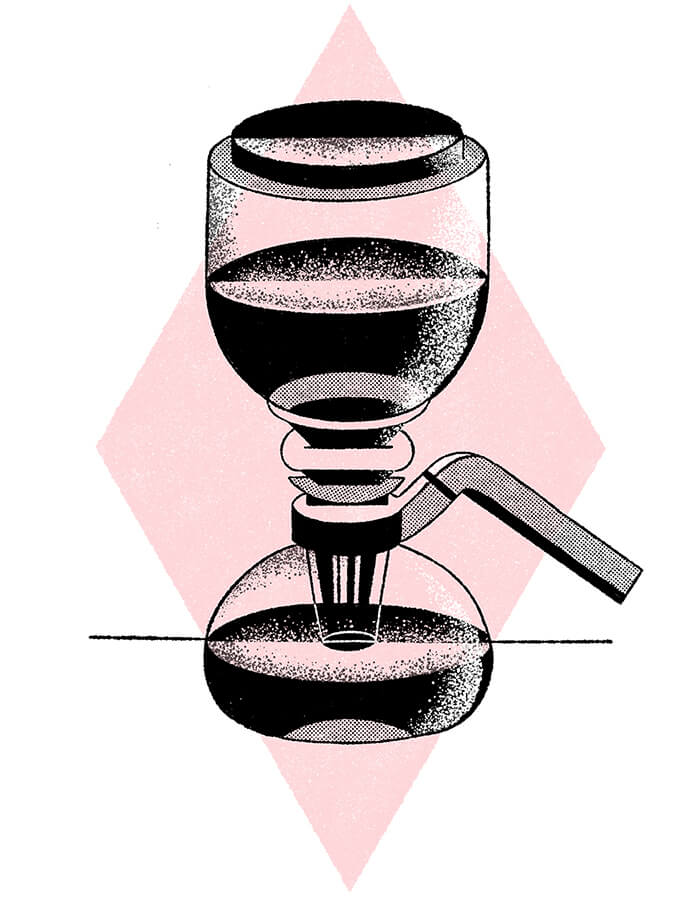 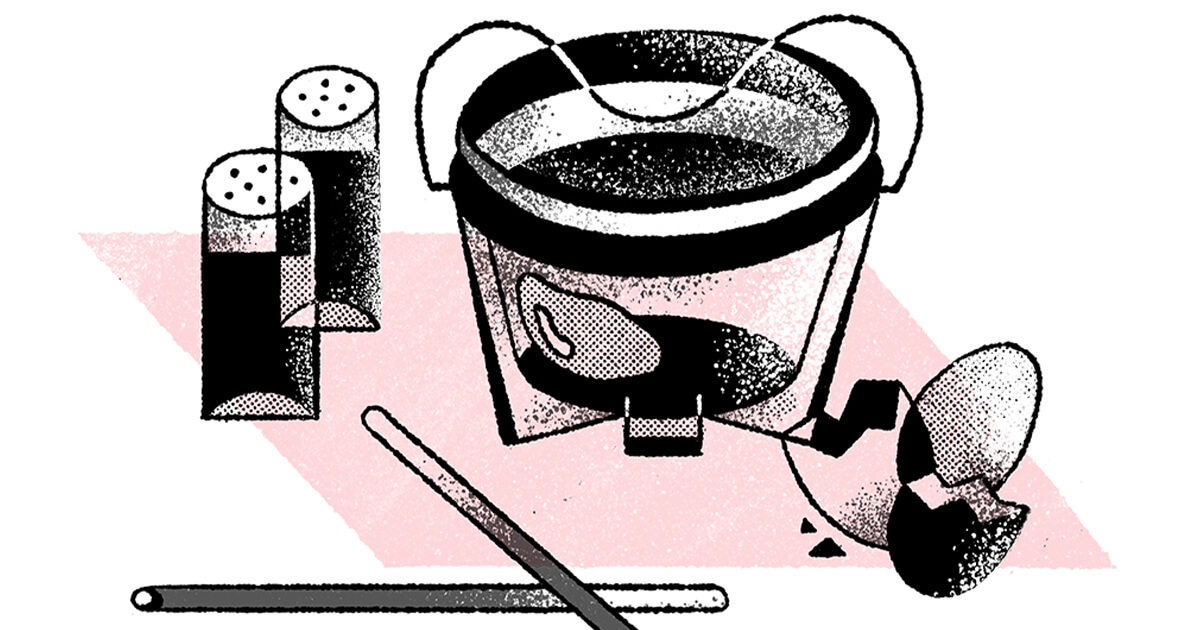