Female superheroes in comics have been fighting against evil for almost 80 years in a male domain – sometimes as a sex object, sometimes as a cult figure of feminism. Why and how Wonder Woman & Co are standing for empowerment, author Barbara Eichhammer shows you in this little historical overview in sisterMAG.

The Golden Age of Comics

Feminist cult icon or sex object? Female superheroes in comics have been fighting against evil in this male domain for almost 80 years. While challenging traditional gender roles, they are often degraded to mere objects of the male gaze. In this historical overview, we will outline how Wonder Woman and Co are nonetheless representing female empowerment.

At the very beginning, the costumed superhero was typically white, male, heterosexual, young and from the US-American middle- or upper classes. His cultural origin was celebrated in June 1938 with the publication of SUPERMAN, who boosted the so-called GOLDEN AGE OF COMICS as first male superhero. In shortest time, the comic book turned into a popular art form, whose readership identified itself as a kind of exclusive subculture. Soon, diverse publishing houses invented their own superheroes: Between 1939 and 1941, the stories about BATMAN, AQUAMAN, GREEN LANTERN, GREEN ARROW and CAPTAIN AMERICA came into being. It was at a delicate time, when the world really needed superheroes. America’s entry into the Second World War in 1941 worked like a catalyst for such comic stories. The private turned political: Thus, superheroes fought against new ideological enemies, representing a super-patriotic ideology (e.g. Captain America). Superheroes were a genuinely American phenomenon, who embodied national values like freedom, independence and democracy in their battle against the Axis Powers. The narrative world developed along binary oppositions like Good vs. Evil, West vs. East or later (during the Cold War) democracy vs. communism.

The origins of such a hero worship date back to ancient times: Superhero narratives show many parallels to myths of the earliest religions. Ancient heroes such as HERCULES, ACHILLES or ODYSSEUS fought with superhuman powers three thousand years ago, while transgressing political, social, and cultural boundaries. Some of today’s comic-superheroes refer directly to such mythical worlds such as Marvel’s Thor. Whereas the narrative form has changed from ancient times to present day, cultural studies research has shown, that all hero stories share an archetypical basic structure, which is temporally and culturally independent. Thus, cultural anthropologist Joseph Campbell has discovered universal narrative patterns in his famous study THE HERO WITH A THOUSAND FACES (1949), which can be found in all mythologies around the world. The fundamental structure is based on a hero’s journey, which can be found also in stories about JESUS, BUDDHA, PROMETHEUS and MOSES. Campbell’s theory of a hero’s journey developed into a popular basis for modern narratives: GEORGE LUCAS used it as origin for his screen epic STAR WARS. Blockbusters such as THE MATRIX or PRETTY WOMAN also use the motif.

»Wonder Woman symbolizes many of the values of the women’s culture that feminists are now trying to introduce into the mainstream: strength and self-reliance for women; sisterhood and mutual support among women; peacefulness and esteem for human life; a diminishment both of “masculine” aggression and of the belief that violence is the only way of solving conflicts.«
– Gloria Steinem, Feminist

Male, white and young: The costumed superhero followed the lines of narrative clich.s during the 1940s. With one exception: WONDER WOMAN. The first female superhero had her comic premiere in 1941. Her inventor was psychologist and feminist WILLIAM MOULTON MARSTON, who created the strong, powerful female figure as a role model for future generations of women. Her fictional ancestry alone makes her a mythical, feminist icon: WONDER WOMAN is the daughter of HIPPOLYTA, the Amazonian queen, an old Greek nation without men, which has been reigned by women. With her secret identity DIANA PRINCE, WONDER WOMAN comes to the USA in 1941 to fight against the Nazis for peace, justice and women’s rights. She rebelled against conservative women’s roles with nudity and strength. The figure was discussed quite controversially.

In 1910, terms like »AMAZON« or »NEW WOMAN« were used for women who challenged social norms. Thus, Wonder Woman represented unconventional femininities of the war years. Quite subversively, she challenged traditional gender roles. Her superpowers are superhuman strength, velocity and (since 1960) flying. She wears a golden lasso, which forces everybody who touches it, to say the truth. Silver bracelets on her wrists can repel bullets. Yet, WONDER WOMAN can also be defeated by male power: She loses her powers, when a man ties her up in chains. Another weakness: Her iconographic representation is reminiscent of pin-up-girls in the colours of the national flag: A golden tiara, red bustier, blue underpants and knee-high red leather boots make her the object of a decidedly male, pleasurable gaze. Wonder Woman thus represents a pop cultural ambivalence: liberal-feminist icon on the one hand and sex object on the other.

After her creator’s death in 1947, Wonder Woman’s feminist impetus came to a halt. In addition, interest in superheroes waned during the post-war era. In order to secure their sales figures, publishing houses relied on romance and conservative plot elements. This development was further triggered by public protests against comic books, which were considered by critics to foster moral decay amongst adolescents with their depictions of sex, crime and violence.

Thus, the Comics Code of 1954 came into being; a list of rules, which prescribed which content could be shown. Emancipation was thus a topic of the past for WONDER WOMAN. While she was still elected president in 1943, she worked as model or babysitter during the 1950s. It was only until the 1960s and 1970s, that SECOND WAVE FEMINISM rediscovered WONDER WOMAN as feminist icon. Thus, the well-known feminist GLORIA STEINEM depicted Wonder Woman on her first cover of »MS. MAGAZINE«. From the 1970s onwards, further female superheroes were invented like SUPERGIRL, BAT-GIRL, ARROWETTE, BATWOMAN or MISS MARVEL. They only had a minor part in the story of their male counterparts, while mostly just helping their male equivalents. Main point of critique: When it comes to physical strength, female superheroes (except for Wonder Woman) were mostly inferior to their male counterparts.

Their superpowers transported stereotypical gender roles. Whereas male superpowers were predominantly of a physical nature, female superheroes often used passive, psychic powers, which worked rather indirectly or remained invisible such as shapeshifting (MYSTIQUE), weather control (STORM), absorption of thoughts and memories (ROGUE) or telepathy/telekinesis (PHOENIX). Such an inequality was also reflected in movie theatres: Until the first female superheroes conquered the screens, decades still had to pass…

In 2017, Wonder Woman was finally allowed to fight on screen, which equalled a sensation in conservative HOLLYWOOD . The film is the first box-office hit with a female superhero as protagonist and the first blockbuster by a female director. With CATWOMAN (2004) and ELECTRA (2005), comic adaptations with female lead actors proved themselves to be box-office poison. While the number of male superhero movies has drastically risen since the 2000s, Hollywood shied away from female superheroes for fear of failure. Until PATTY JENKINS came: With her movie WONDER WOMAN, the director turned towards the myth of origins of Wonder Woman and developed the protagonist as a fair warrior. She relocated the plot to the First World War, which shows the horrors of a mechanized war. The film with GAL GADOT as lead actress became an instant box-office hit: At its opening weekend, it grossed more than 100 million dollars in the US. Thus, WONDER WOMAN has outrun movies such as THOR, CAPTAIN AMERICA and DOCTOR STRANGE.

In 2019, the first female superhero from the Marvel universe came to the big screen: CAPTAIN MARVEL. As former jet fighter pilot, CAROL DANVERS (Brie Larson) has possessed cosmic superpowers since an explosion. The film is both spectacle and mirror of an ever-changing society: CAPTAIN MARVEL is no longer just a minor part or a pin-up-girl. Her name has also changed from the girly »MISS MARVEL« to »CAPTAIN MARVEL«. With her superhuman physique and her mental power, she creates a strong, independent image of womanhood in times of #METOO. Female superheroes actively question our notions of stereotypical gender roles – despite their popular cultural ambivalence. They challenge our ideas of masculinity and femininity with their depictions of strength and pugnacity. They blur the lines of gender and overcome social norms. And they bring contemporary debates about #METOO, »FEMALE EMPOWERMENT« and POSTFEMINISM to the big screen in Hollywood. Since 2017, women superheroes are en vogue on screens and strong females are no longer box-office poison. Thus, we are already looking forward to the Wonder Woman sequel in 2020. 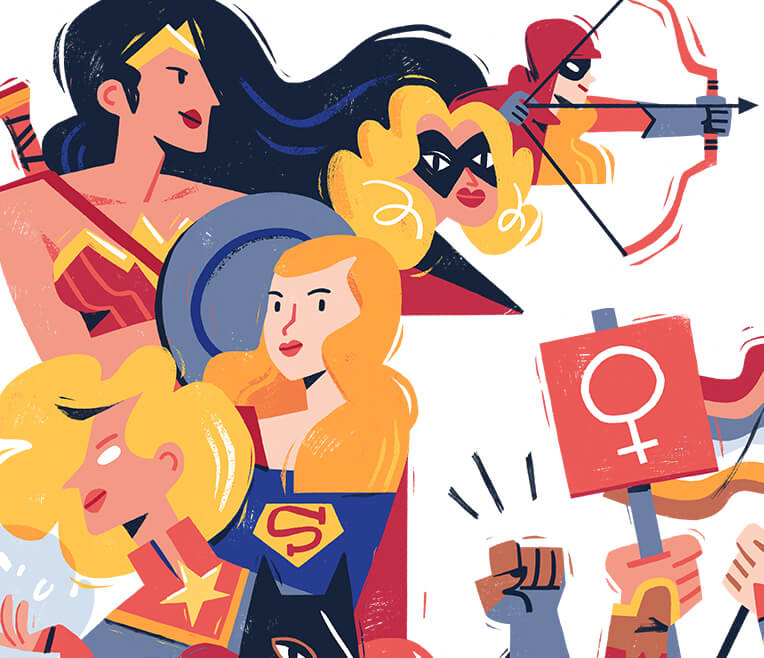 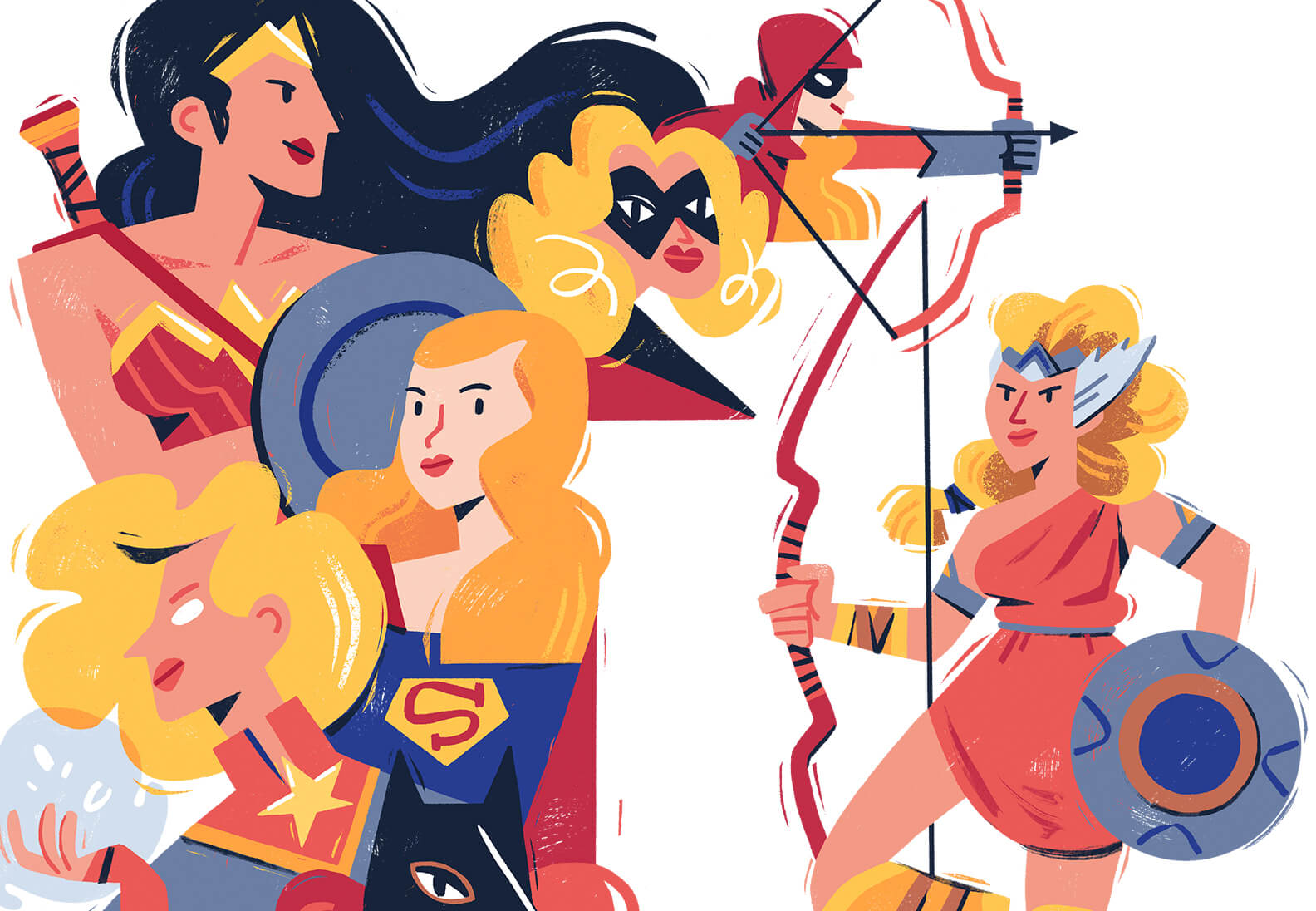 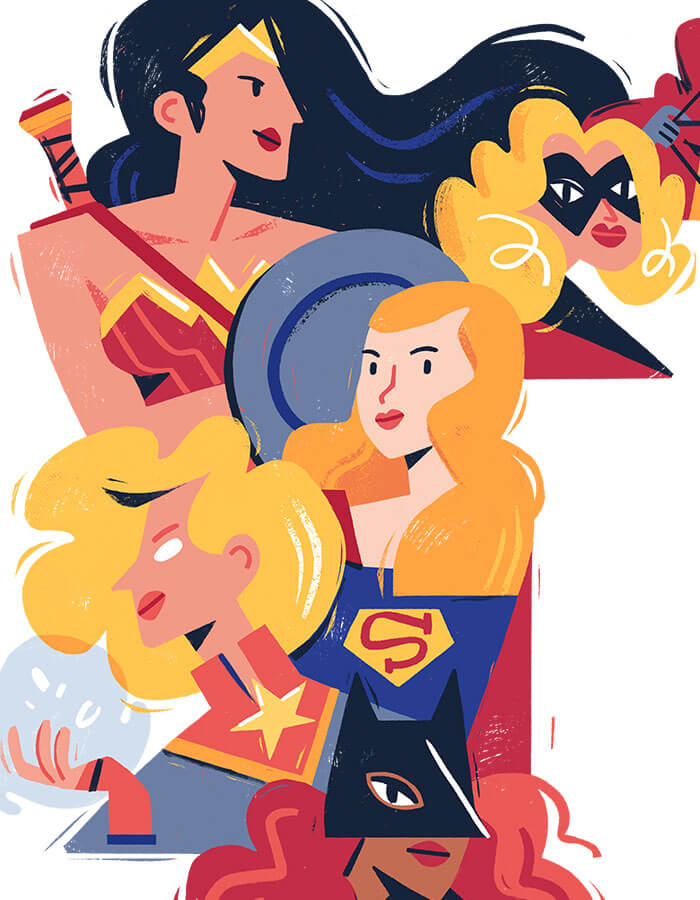 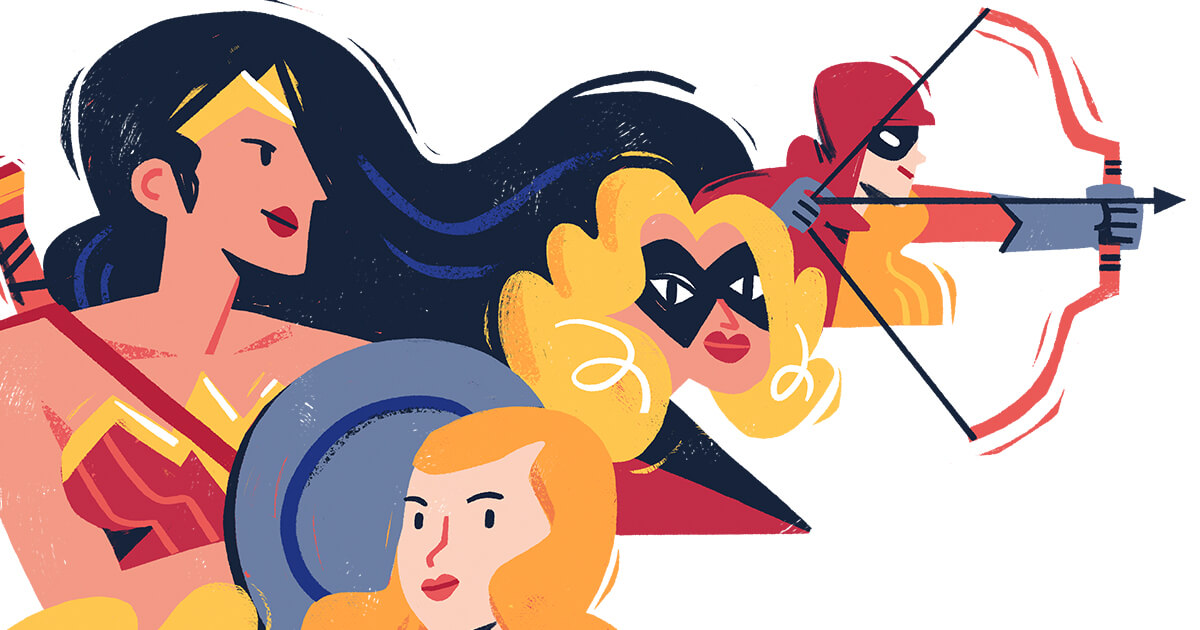