From Shell to Ear – What Pearls are all about

Pearls are balls of mother of pearl that grow in shells and, at some point, become part of a necklace, bracelet or earring. Only very few of them are totally natural – most of them are bred. But which kinds of pearls are there and how does their quality differ? Alexander Kords takes a closer look in this new issue of sisterMAG.

From oyster to ear – What pearls are all about

A pearl is a sphere consisting of various layers of nacre that grows in a mussel for years. Then it’s harvested and normally becomes the eye-catcher of a piece of jewellery. We have a look at what kinds of pearls there are, who cultured them first and which quality features they have.

It’s quite a bead that Vermeer gave his »Girl With a Pearl Earring«. Because it’s so big, many experts assume that it can’t be a real pearl. The young lady with her simple attire looks anything but wealthy and just couldn’t afford a jewel this size. Instead, it seems clear that it’s an imitation of a pearl made of glass. But what makes pearls so valuable?

Aside from being simply beautiful, you just have to take a look at how a pearl emerges. It grows inside a mussel where, stretched over several years, one layer of nacre after another is formed. For a long time it was thought that the reason for a pearl to develop is the intrusion of a foreign object that is then locked in nacre to save the mussel. However, scientists now assume that the mussel that lives on the seabed should be able to deal with a grain of sand. If it couldn’t,  the bottom of the oceans would be filled with pearls. Instead, it’s highly likely that the development of a pearl is triggered by an injury of the inner mantle of the mussel.

Pearls from the river and the sea

As you can recognise by the different colours, there are several kinds of pearls. In general, there is a difference between freshwater and saltwater pearls. The former grow in the so-called freshwater pearl mussel that once had a big population in Germany. Today, however, it’s critically endangered which mainly is a result of outright hunts that happened from the Middle Ages onwards. You need to know that an oysterdies when it’s opened violently. Since only one out of 2,000 mussels contains a pearl, many people wandered around and killed one mussel after the other. And it didn’t help that illegal pearl hunts were prohibited by the governments in the 16th century and were severely punished – for example, by cutting off one hand. Even though the freshwater pearl shines less than the specimen from the sea, it was used to make wonderful pieces of jewellery for a long time. In the museum Grünes Gewölbe in Dresden, for example, a necklace is exhibited that consists of 177 pearls from the Vogtland.

New colours from the South Sea

From the middle of the 19th century on, the introduction of pearls from the South Sea and Japan in Europe provided alternatives to the white German freshwater pearls. All of a sudden, the beads shone in numerous colours like pink, blue, green and violet! South Sea pearls can even shimmer golden or silver, and Tahitian pearls have a black colour. Initially, hunting for them was even more difficult than for freshwater pearls because divers had to find mussels on the seabed and bring large quantities of them to the water surface. They dove into the depths without a breathing apparatus and were exposed to additional dangers like wild animals and currents. Considering this, it’s no wonder that pearls were a rare and extremely expensive commodity – until it was possible to culture them. Nowadays, the jewellery industry almost exclusively processes cultured pearls. To get a pearl out of a mussel, the pearl farmer carefully implants a small sphere of nacre and some mantle tissue into it. The chance of the mussel accepting the implant is relatively low; only one out of three mussels produce a pearl. And only ten per cent of them have the quality to reach the market.

The Japanese Kokichi Mikimoto is considered a pioneer of pearl farming. When he judged a pearl exhibition in 1878, he recognised that most of the pearls had several flaws. So he targeted the cultivation of the perfect pearl. In 1888, he took out a loan to start his first mussel farm. It took him five years and drove him to the verge of ruin until in 1893, he presented the first cultured pearl. Because the public was sceptical, Mikimoto opened a jewellery store in Tokyo and continued working on producing completely hemispherical pearls that are indistinguishable from natural pearls. In 1905, he finally made it. But it wasn’t until the 1920s when business with cultured pearls started to flourish. Despite the increasing competition, the company Mikimoto has been quite successful until today and designed the crown for the winners of the Miss Universe pageants.

In general, natural pearls are much more valuable than cultured ones. Nonetheless, both kinds have to undergo a quality control to determine their value. However, there is no unified system, which makes things a little complicated. Two scales have come into use: Freshwater and Acoya pearls are rated from AAA to A, South Sea and Tahitian pearls from A to D. Pearls with a relatively low quality get an A (freshwater and Akoya) or a D (South Sea and Tahitian), respectively. The distributor undertakes the valuation of the pearls and is oriented towards several criteria. These include the size, the lustre, the quality of the surface and the thickness of the nacre layer. While these categories can be assessed fairly objectively, the colour and the form depend on the respective zeitgeist. If it is about pieces of jewellery consisting of several pearls, their harmonic composition is also taken into consideration. Pearls that fail the quality control are usually pulverised and sold to the cosmetics industry. Its companies process the powder into creams that are said to slow down the ageing process of the skin. 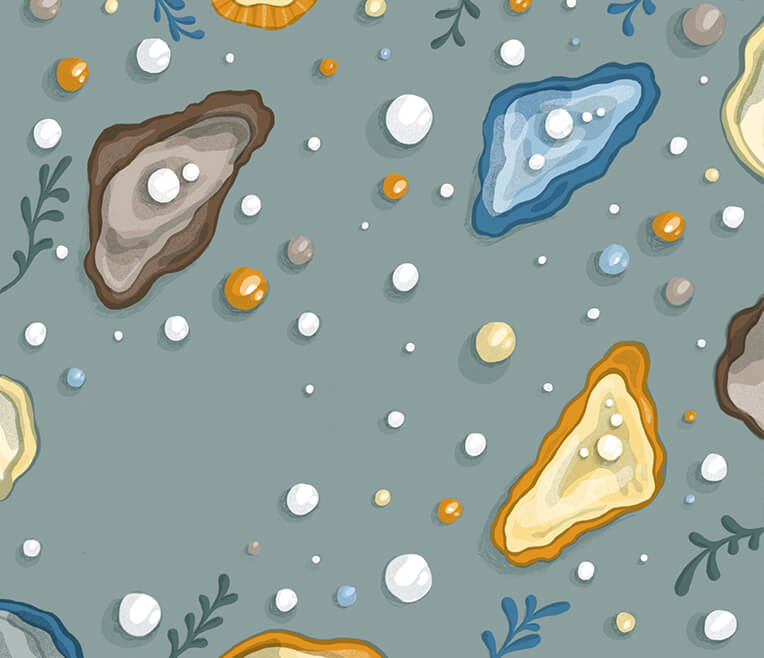 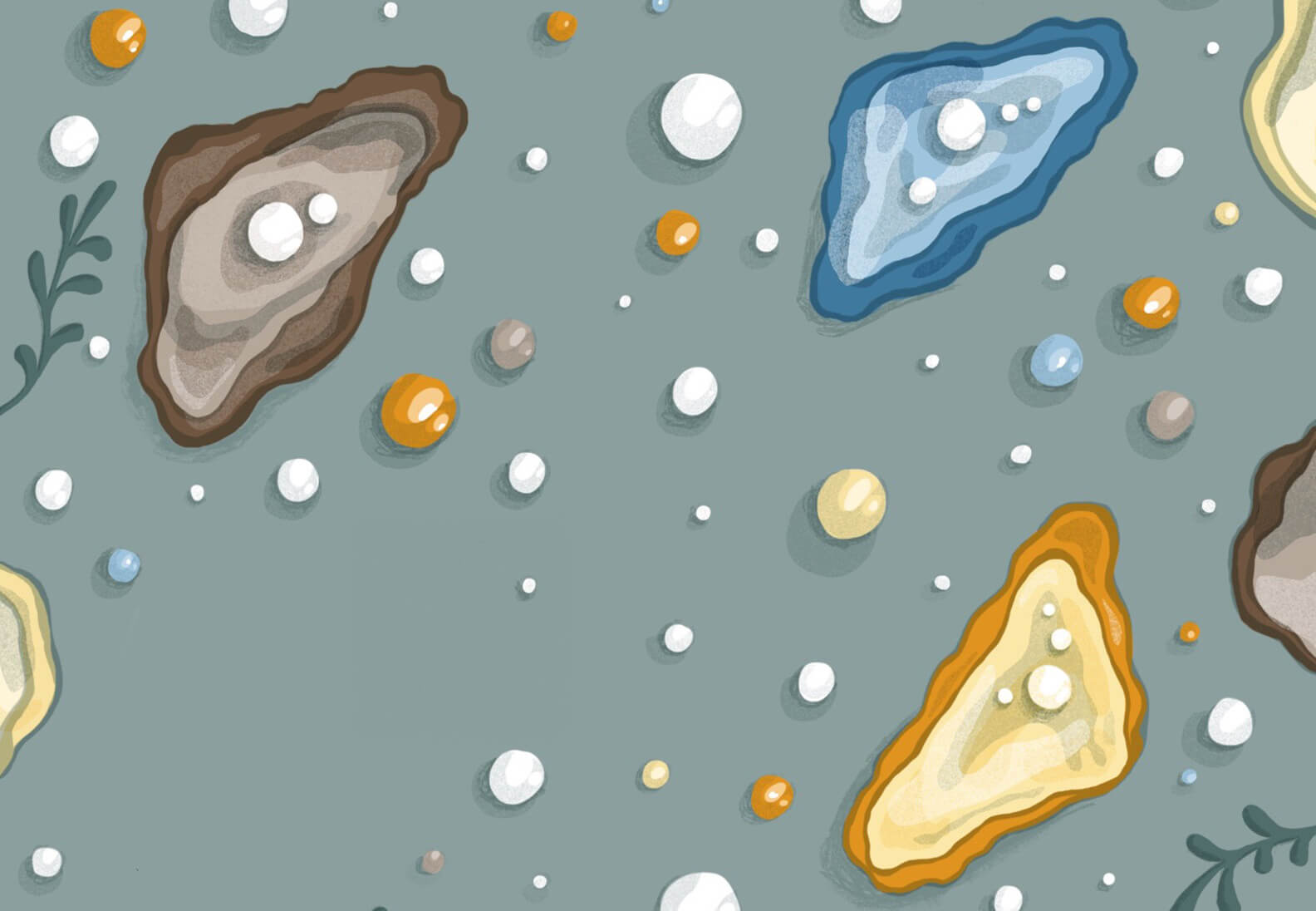 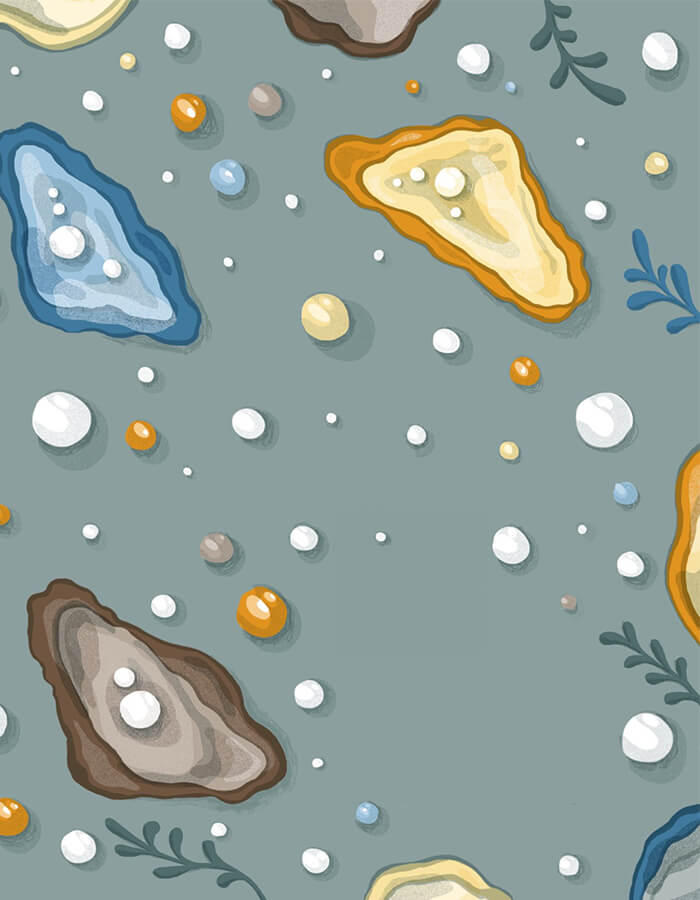 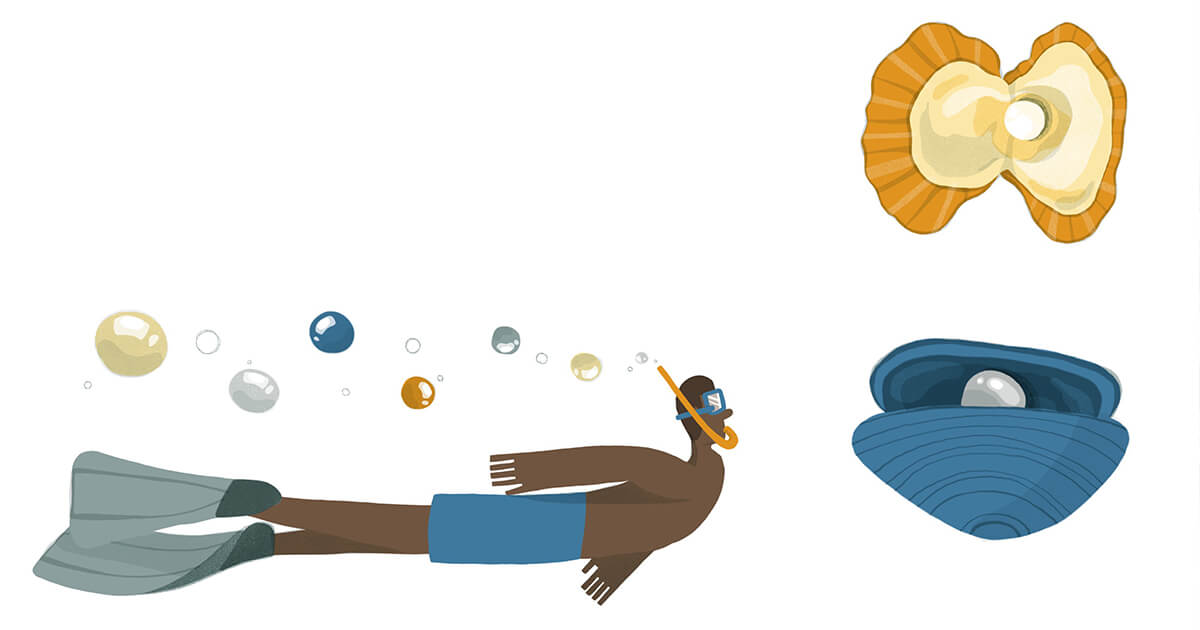