Our body has around 600 muscles that we literally depend on. They keep our bodies together and stabilise us. For this sisterMAG issue, Marlen Gruner wrote about muscles in art like in the sculpture »The Thinker« that was carved by famous sculptor Auguste Rodin as well as what they stand for and how they are carved out.

600 muscles! They take part in the slightest movements of our body. Whether inner body functions or outer movement – everything depends on muscles. Together with the skeleton, these fibrous organs give our body support and stability. And they contribute to how we look. This will be the focus of the following sections about muscles in art. We looked for and found answers to the question about the meaning of muscles in works of art such as Auguste Rodin’s »The Thinker«, about what they stand for and how they are created.

»The Thinker« by Auguste Rodin. The original bronze sculpture can be found in the Rodin Museum in Paris; a cast was placed on Rodin’s grave in Meudon. This is considered to be Rodin’s most important work, with which he occupied himself for decades. »The Thinker« is supposed to portray Dante Alighieri, the creator of The Divine Comedy. However, it was in fact the French boxer Jean Baud who posed for the sculpture at the end of the 19th century. His body had countless muscle layers, which can be found again and again as a visual element in paintings as well as in sculptures over the centuries.

Meaning of muscles in sculpture and painting

In sculpture and painting, muscles stand for energy and strength. They symbolise physical strength and embody health (6). And they also bring with them a visual component. You see, muscles don’t simply form an athletic body, they define it and give it an aesthetic expressiveness.

To capture this, painters as well as sculptors use the interaction between light and shadow. They literally integrate it into their creative process, which helps muscles stand out more and seem more natural. Light falls on what protrudes. Everything below is in the shadows.

This way, the artist creates multi-dimensions. Rodin was especially known for paying attention to »the curvatures and indentations of the skin […] and tense and relaxed muscles« (2) when choosing his models. This eye for detail and depicting it is an essential and vital part of sculpture and painting.

Of muscle groups and strands

The basis here is the anatomy of the human body with the different muscle groups and strands. They – and the skeleton – hold the body together and enable it to move.

And it is exactly these movements that are fascinating to artists: One important question is whether or not the muscle is tense or relaxed, another is where the muscle is located, because the location and contraction has to be drawn or formed on paper, canvas or within a sculpture.

To be able to do this, it is helpful to have basic medical knowledge, although the artist does not necessarily have to know what the muscle’s function is. However, this knowledge helps to understand how the muscle in question acts when in motion. On the other hand, anatomy, or rather anatomical drawings, are a field of expertise in medical training. This is how medicine and art meet.

Painting provides a space that can be filled on one- or two-dimensions, where two-dimensionality is created through optical illusion. This is exactly what artists take advantage of in order to portray muscles accurately and often surprisingly naturally on paper or canvas. And again, light and shadow come into play.

With structures such as plastic art, sculptures or objects, this intention is much harder, as the three-dimensionality has to be considered during the creative crafting process. What has to be considered here is that the piece of art has to have a »good profile« (1) from all sides, as Rodin once insisted. Muscles have to thus look real from the front, from behind and from the side, which is why artists look at their three-dimensional objects from all perspectives.

The trick in moulding or drawing muscles, by the way — next to getting the proportions and the build right — lines. The more lines you draw, the more sinewy and fat free (3) a body seems. They make the body look toned.

Muscles in art through the course of the centuries

Incidentally, Leonardo da Vinci already used this technique in the Renaissance. After the rigidity in the Middle Ages, the people da Vinci drew became beings of flesh and blood due to the many fine lines he added. Around 1490, da Vinci developed the sketch of the Vitruvian Man, which is still known today. It shows a man with outstretched arms and legs in two superimposed positions. The study became the symbol of a new world view that focussed on humans and their bodies.

About 150 years later, anatomy became a passion project of a young Rembrandt van Rijn. In the 17th century, dissections were a public spectacle; inquisitive people could thus take a look inside the human body. In 1632, van Rijn gave people a glimpse with a commissioned painting: a group portrait for the Amsterdam Guild of Surgeons with impressive colouring, which immediately directs the eye to the muscles shown in the piece of art. In »The Anatomy Lesson of Dr. Nicolaes Tulp« (4), surgeons dressed in dark clothes are gathered around a corpse whose dissected lower arm catches the eye due to its red and orange shades.

Later, around the beginning of the 19th century, Ernest Meissonier delved deeper into the study of muscles. He preferred drawing horses and soldiers, including his idol Napoleon Bonaparte. In order to depict the details and anatomy of rider and animal as accurately as possible, he had a riding arena built on his estate and rode while he sketched »the movement patterns, the play of the muscles, every detail of movement and the different shifts« (5). Muscles are therefore far more than an end to the physical means, they are artistic stylistic elements. 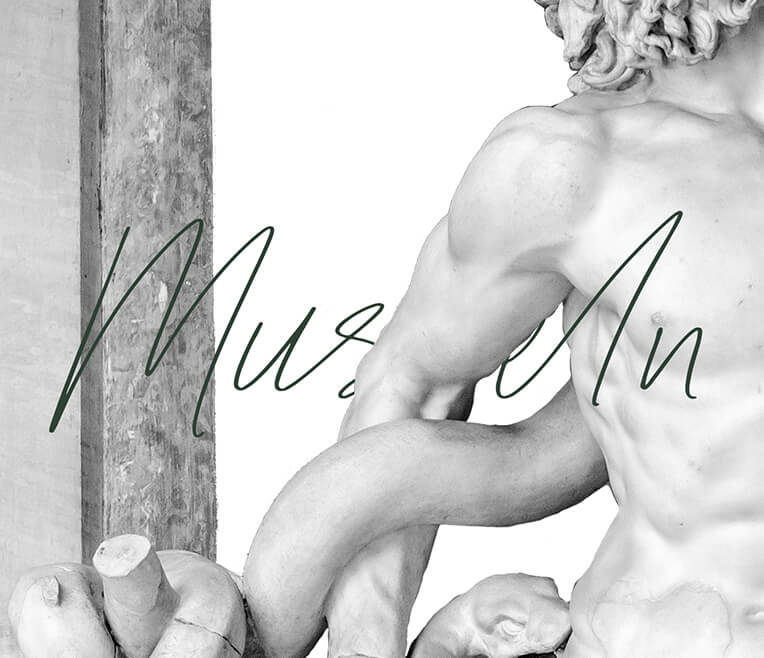 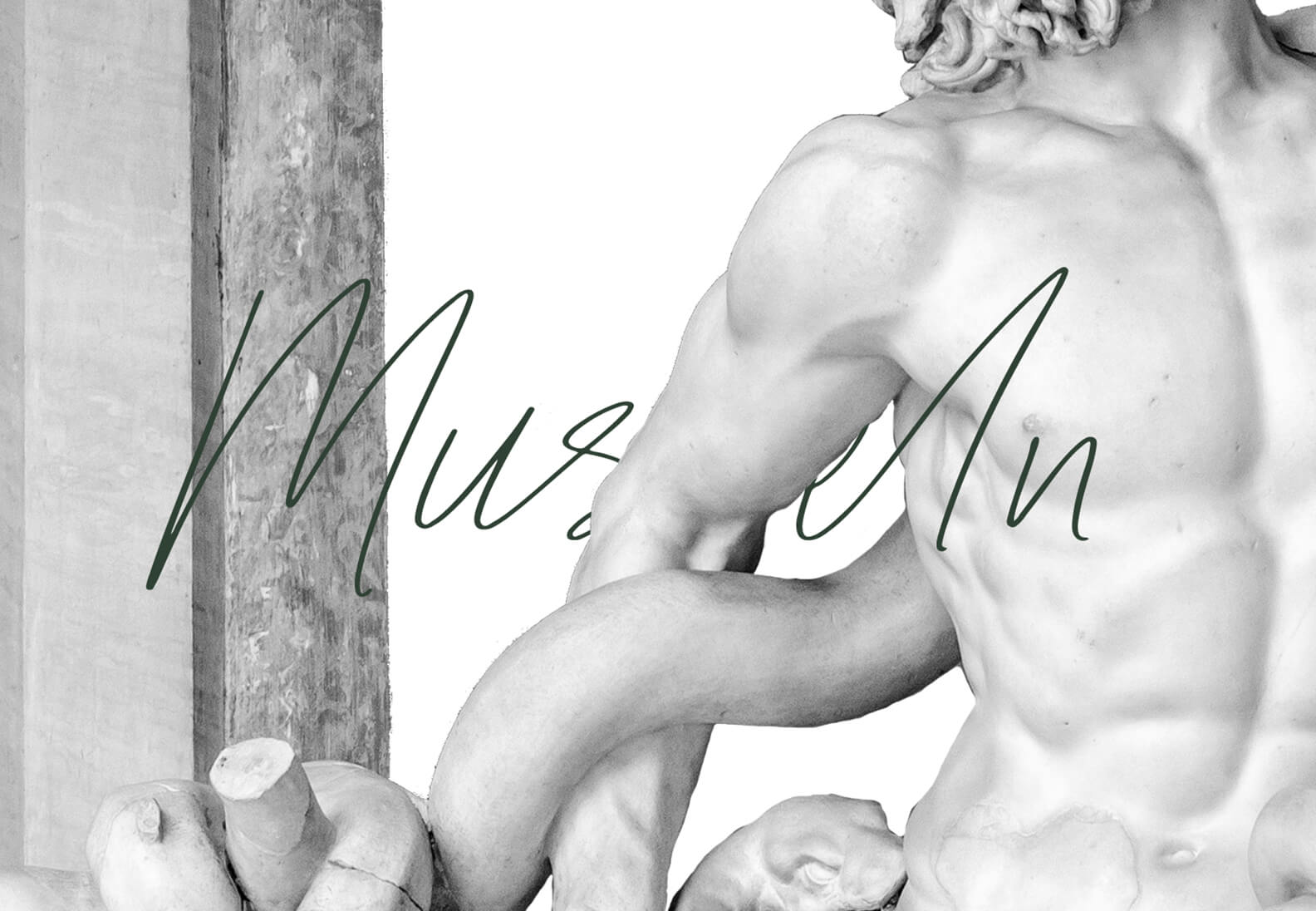 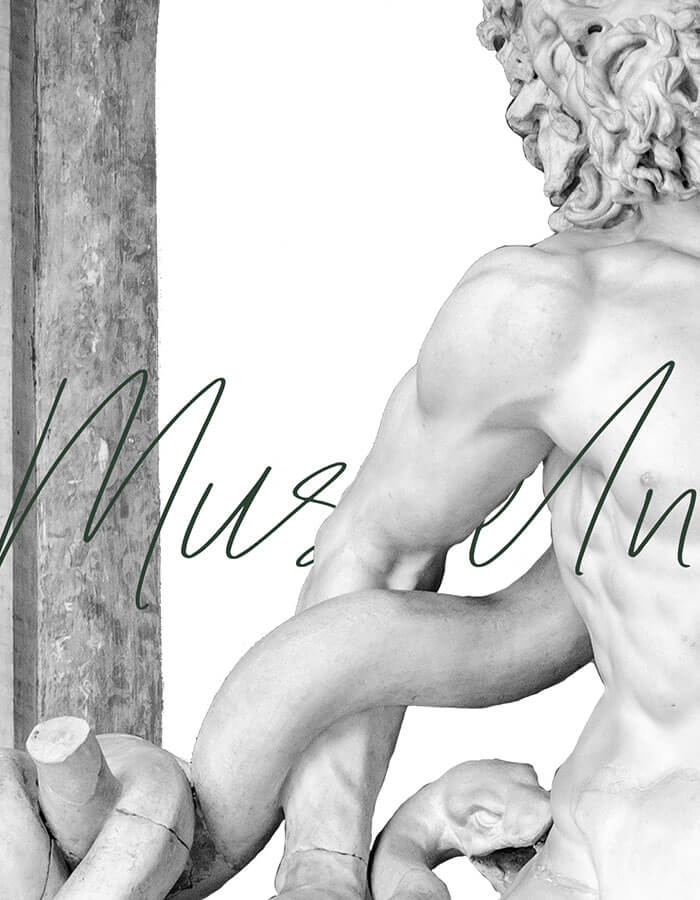 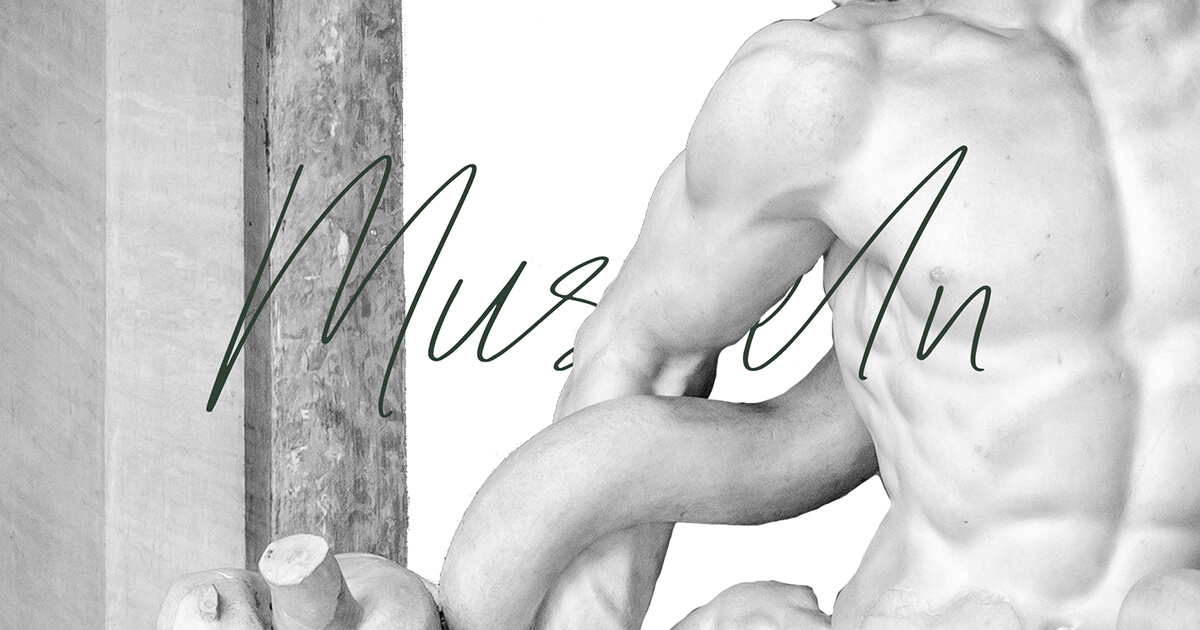