The history of the carpet

Learn more about the history of the carpet as well as about different knots required in rug making in our article by Michael Neubauer.

How the carpet got from the wall to the floor

The history of the carpet

As in everything, what counts is just the extraordinary that can only be achieved with effort and exertion. Only when a knotted carpet has more than 250,000 to 500,000 knots per square metre, is it »finely« woven, resilient and of high quality. This means that up to 50 knots have to find place on one square centimetre. Almost unimaginable, but how else could Aladdin could have carried off the princess Badroulbadour and her groom on their wedding night in their shared bed of a Persian carpet safely? It surely must have been the famous Ardabil Carpet (from 1539 – now in the Victoria and Albert Museum, London) from the northwest of Persia – a Kashan! It was big and extremely finely woven with 500,000 knots per square metre (»very fine«).

If, however, someone wanted it looser and more permeable, settled for two to nine knots per square centimetre. At all times, valuable carpets have only served for representative purposes: for »flying« or as everyday carpets that were affordable and used as wall or floor carpets, as sleeping blanket or tablecloth, as saddlebag or horse blanket.

People have been making carpets for a very long time. When they settled down, they used sheep’s and goat’s wool to protect themselves against the cold and wetness of the steppes of Central Asia. And that simply worked better when the fabric was compressed and knotted together. Of course, no textile witnesses from these early years have survived. However, in 1947, a Russian archaeologist found a 183x200cm wide carpet in the burial chamber of a former prince in the Altai Mountains in Southern Siberia at the border to Mongolia. Named  »Pazyryk« after its place of discovery, it is considered to be the world’s oldest carpet. It’s said to be woven in the 5th to 4th century B.C., probably in Armenia, and it hangs in the Hermitage in St. Petersburg today. It’s genius for its time, considering the 360,000 »symmetric« (see below) knots per square metre (»finely knotted«) and the central rosette motifs surrounded by deer depictions.

In the long history of carpet manufacturing, the knitted carpet is distinguished from the knotted carpet. Both techniques were used in individual regions.

With the warp knitting technique, the warp thread is covered on both sides by a close-fitting weft thread since it leads back at the next colour boundary. This means that the weft threads with different colours determine the pattern on both sides. The result is flat and without pile. The kilim is a knitted carpet, numerously produced by Persian nomads, but this warp knitting technique is also known in Afghanistan, the Caucasus region and in the Balkans. The kilim is used as wall hanging, carpet, bag, tent curtain or blanket.

Tapestries are only called »gobelins« when they were produced in the Gobelins Manufactory in Paris (active since 1607).

With the knotting technique, every knot row is followed by one or two weft threads across the entire width. Additionally, pile meshes are knotted onto the warp threads that give the carpet its plush feel.

The following knotting techniques are distinguished:

The symmetric or Ghiordes knot:

The asymmetric, Persian or Senneh knot:

For all three thread groups, sheep’s wool, goat’s wool or cotton is used. Silk is only for very valuable carpets. The wool is dyed in large colour vats with vegetable, animal and, increasingly, synthetic dyes and then dried flat.

Nomadic people used looms horizontally, however, they are more often used vertically in other regions. In the knitting technique, the finalisation is followed by the sheering of the pile threads to a uniform or deliberate level and then combing. Then, the product must be washed intensively. The carpets get their name from their place of manufacture, whether in Asia Minor, Central Asia, India or China. Persian carpets are still leading, valuable and sought after. Traditional, regional motifs and colours determine the look of the finished textiles. All these countries and regions are still involved in the production of hand-knotted carpets – up to 90% of world production.

With the settlement of Spain by North African Moorish tribes, the knotting technique was brought to Europe. Travellers from the Far East had carpets in their luggage before. But with the settled Moors, the first European centre for oriental style carpets developed on the Iberian Peninsula (Cordoba). In England, carpets based on Persian designs were also made in the 16th century. Parallel to this, some regions in France, Germany, the Netherlands and Switzerland were dedicated to the aforementioned tapestry after the 14th century.

With the 19th century, the production of machine-woven carpets increased also in Germany, together with a variety of variants like smooth, loop, nap, plush, velour or pile carpets. Revolutionary for modern carpet production was tufting, which was first used in America but also in Europe from 1960. Machines with many needles in a row and in the width of the covering, pierce and lead the pole yarn into a basic material. Technical variants create loops, cutting creates pile variants and graduated rotary blades create pattern options. When done with synthetic fibres, the process is fast and relatively cheap.

With the foundation of Bauhaus in 1919 in Weimar, Walter Gropius set up a weaving workshop where the old knotting technique was used again. Anni Albers, Hedwig Jannis, Benita Koch-Otte, Margaretha Reichardt and Gunda Stölzl created outstanding works. Floor coverings, carpets, wall hangings, blankets were the results of an intensive artistic engagement with this traditional technique.

The skirt presented in our magazine and hand-knotted by Evi Neubauer was manufactured with a symmetric Turkish knot, but with a knot density that wouldn’t be enough for a durable carpet. However, it’s a skirt that never has to »fly« for Aladdin!

If you now feel like buying a rug for your home, have a look in our feature about popular rug labels from around the world. 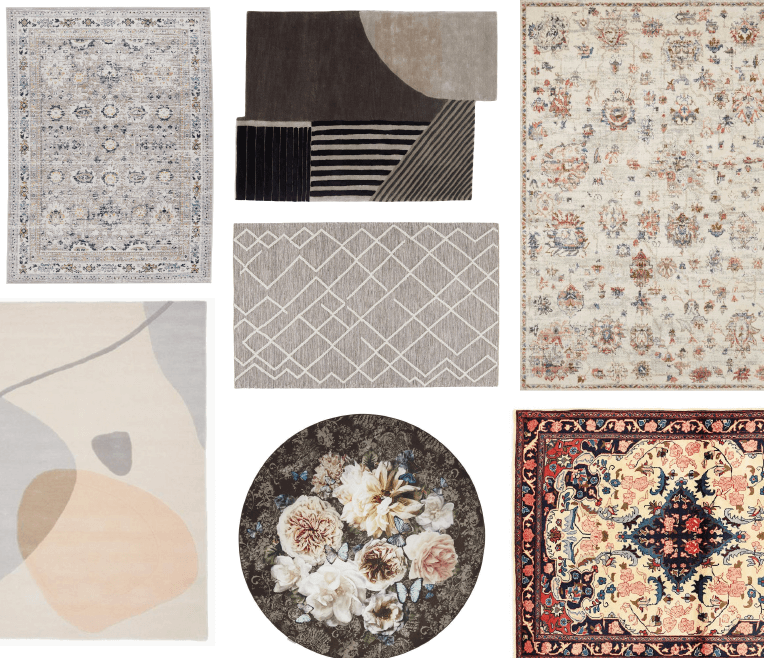 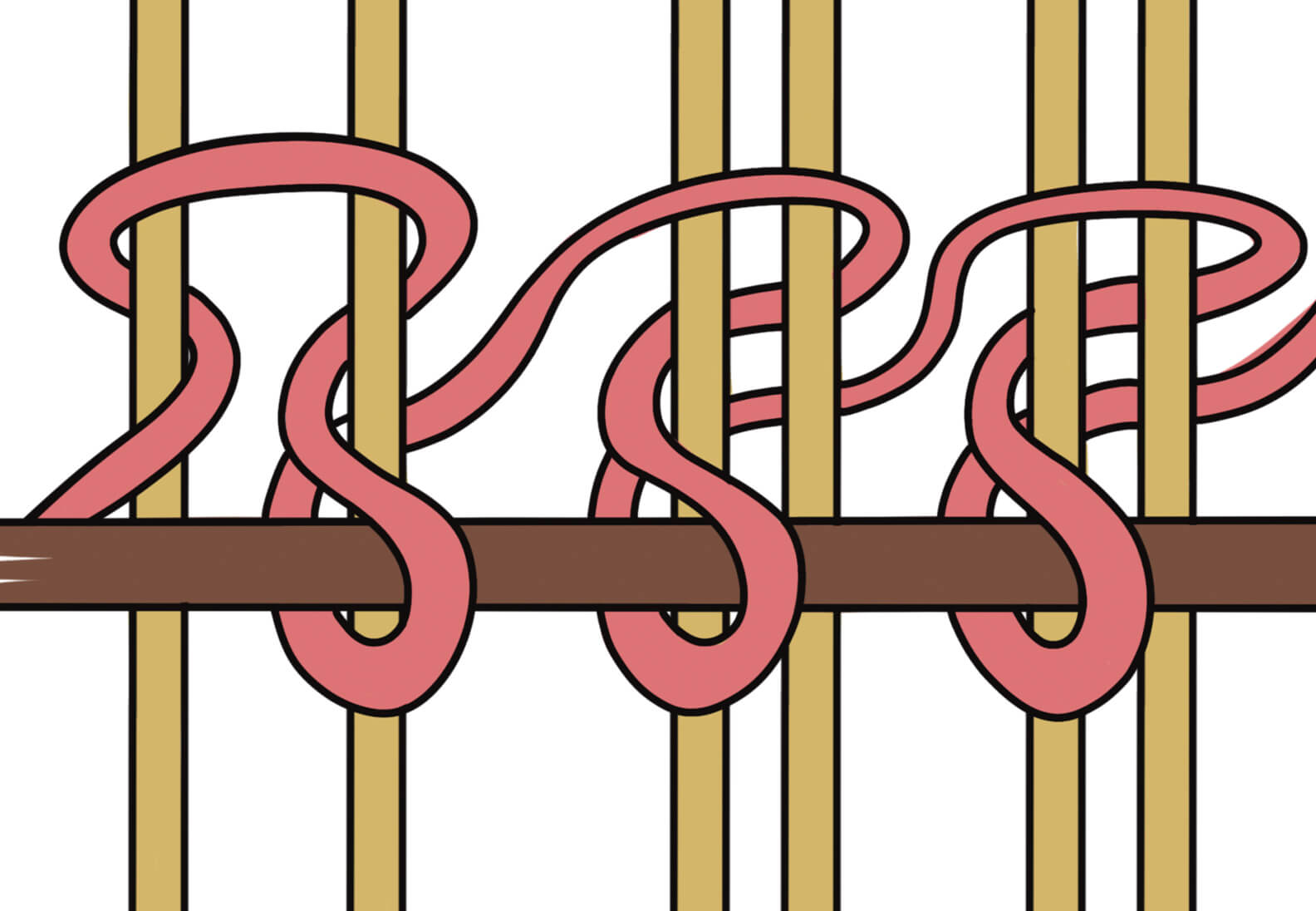 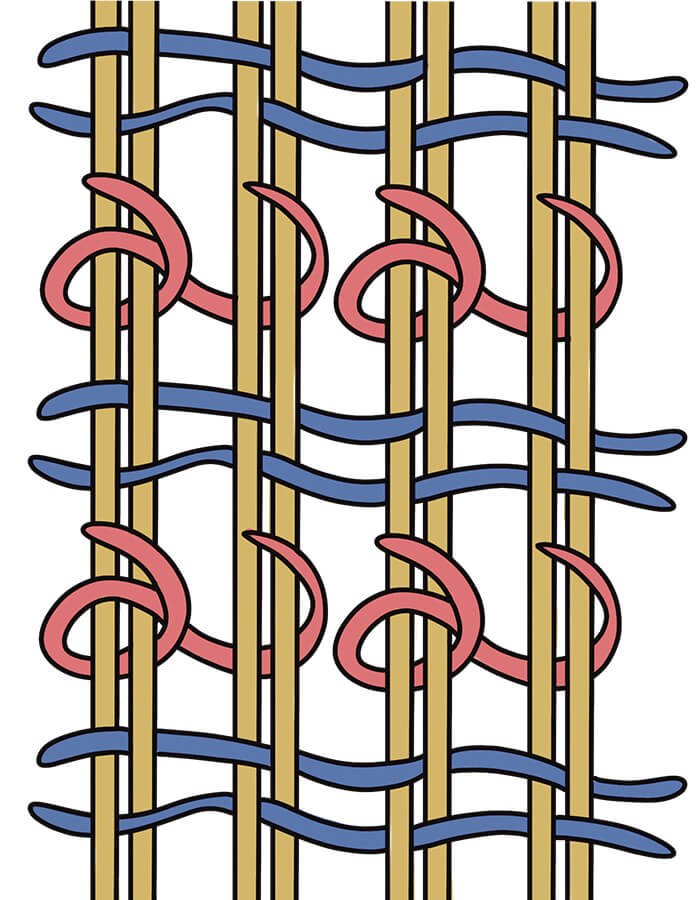 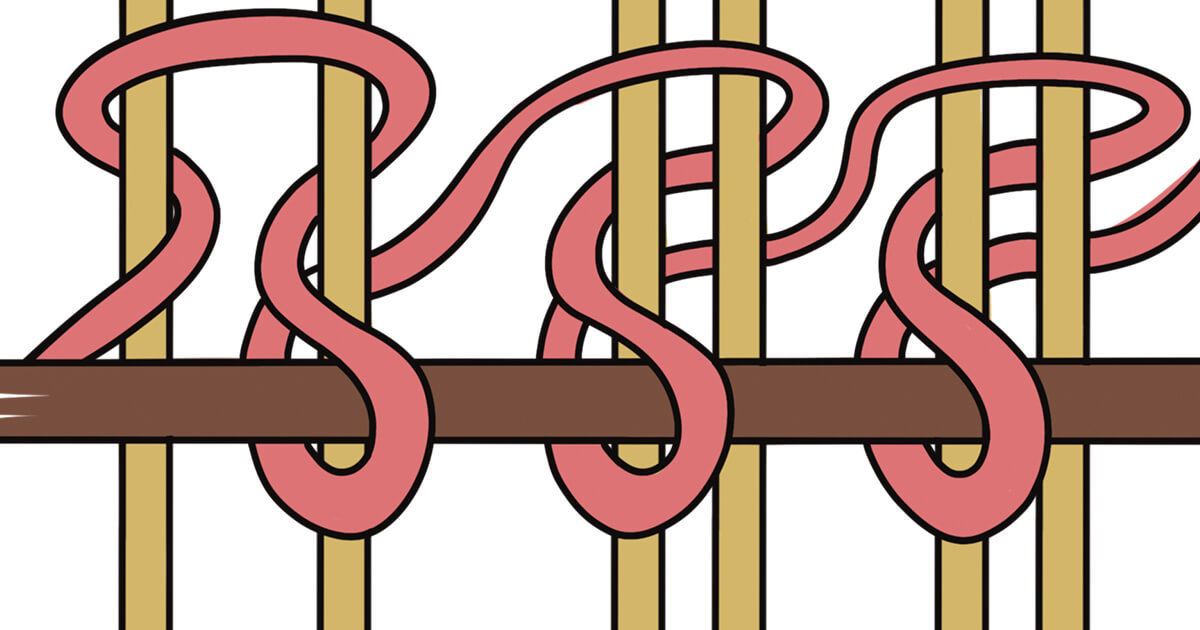