The coffee plant belongs to the species of Coffea and has been known for over 1,000 years. Long before the preparation we know today, the coffee cherries and leaves were consumed for their reinvigorating purposes. What many people don’t know: Coffee is a fruit and there are many different kinds. Learn more about coffee cultivation, the regions and varieties of the coffee plant from the authors Nicole Battefeld-Montgomery and Claudia Böttcher here in sisterMAG.

Different kinds and production areas of the coffee plant

Coffee is a very complex topic – and that starts long before it is even being roasted. But which kinds of coffee even are there and what should you look out for when buying it?

The coffee plant belongs to the species of Coffea and has been known for over 1,000 years. Long before the preparation method we know today, the coffee cherries and leaves were consumed for their reinvigorating purposes. What many people don’t know: Coffee is a fruit and there are many varieties. Comparable to the different kinds of apples we know (such as Granny Smith, Pink Lady or Boskop), these carry different flavour and texture profiles (sweet, sour, mealy etc.). This also goes for coffee – although the two most popular kinds being grown today are Coffea Arabica and Robusta. Even though both are coffee, they are very different. Like the name suggests, the Robusta kind is very robust and sturdy and can withstand a multitude of harsh environments, lower climates and diseases. Arabica, a mountainous coffee, only grows at certain heights (at least 900 metres above sea level) and is a very demanding and care-intensive plant.
What else other than their regional factors distinguishes these plants? Their caffeine content for example. Despite the popular belief that coffee only contains caffeine that wakes us up, this particular substance has another, biological use: It protects the plant from pests. As Robusta grows in lower climates, the plant is subjected to more of these and thus needs a much higher caffeine content – up to four times as much as the one found in Arabica coffee! For many people, this can lead to an uncomfortable feeling after consumption. Additionally, Robusta contains a high level of chlorogenic acid, a natural substance that is found in coffee and can lead to strong reactions in combination with the acids of the human stomach. Therefore, Arabica coffee is much more easily digestible and tastes more subtle too.

The quality of a batch of coffee depends on a long list of factors. The most important are the variety; the height of the production area, its climate, micro-climate; and the nutritional value of minerals in the ground. The Arabica plant for example takes five full years before it can be harvested for the first time. It then goes on to grow coffee for around 20 years. Per year, one plant produces around four kilograms of coffee cherries, which end up being around one kilogram of beans. After drying and roasting this amount, the final output is only around 500 grams of roast coffee!

Just as important as the kind of coffee plant are its production and care. After the harvest, the coffee cherries are dried (natural) or washed. Dry cherries are only washed very briefly and then go on to dry in the sun for around two weeks, giving the final product a sweeter, fuller flavour. For the wet method of production, the coffee cherries are washed several times and left to ferment for anything from 12 to 72 hours – until the flesh comes off the stones. Then they, too, are left to dry for 4 to 10 days. This results in a fruity, clearly defined flavour profile. How can you distinguish the beans once they are roasted? A washed bean always has a white, silvery skin in its centre, while the dried bean will have a darker skin. No matter which production method is used, after they have been dried the beans must be left to rest for two months before being sorted into groups by quality and shipped off for roasting.

The first commercial coffee farm was probably somewhere in Yemen. From there, coffee made its way to the Netherlands during the 17th century. With the process of colonisation, coffee production spread farther and farther. Today, coffee is being commercially grown in over 50 countries all over the world.

Depending on the continent on which a coffee farm is located, the taste of the coffee changes. In Africa, the ground is often full of minerals such as iron which gives the soil its characteristic red tint. This high concentration of minerals affects the plant and, ultimately, the flavour of the coffee. Coffee from Kenya often has very clear notes of fruit and berries. In South America meanwhile, the soil is extremely nutritious, making for a nuttier and chocolate-flavoured coffee in combination with the climate present there. And in Asia, the phenomenon of the monsoon results in very wet soil and coffee that often tastes slightly woody and spicy.

As you can see, coffee is a very complex topic – and that starts long before it has even been roasted. In tropical regions, coffee is also an important economical factor and secures the income of around 25 million households. Sustainable farming is thus highly important. There are successfully implemented certifications that work for fair wages (Fairtrade, UTZ) and organisations that focus on sustainability in agriculture (Rainforest Alliance, Bio-Siegel). These however do not tell you anything about the quality of the coffee – to stay informed as a consumer, a visit to your local coffee roasting facility is recommended. They can usually give you lots of information on the product because they are in direct communication with the farmers themselves. Conventional supermarket coffee is sadly very rarely produced sustainably or of high quality. 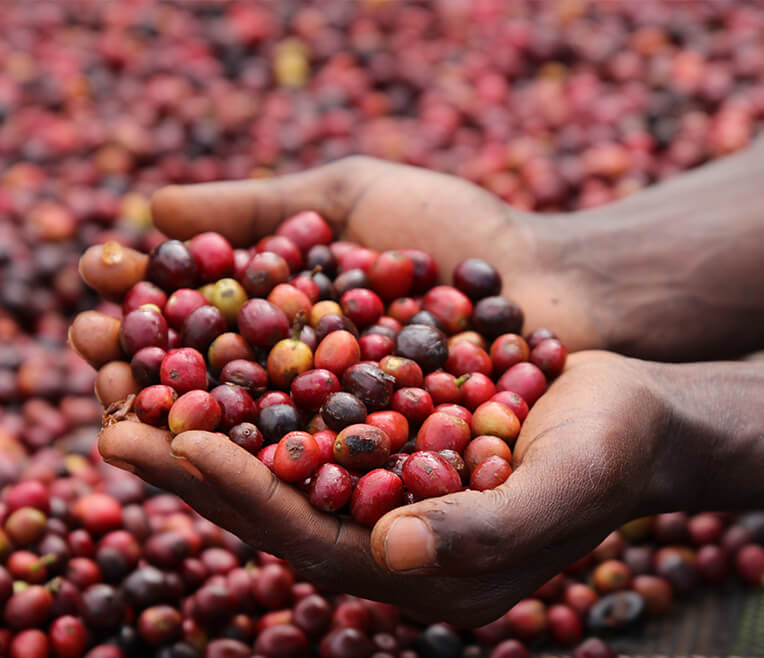 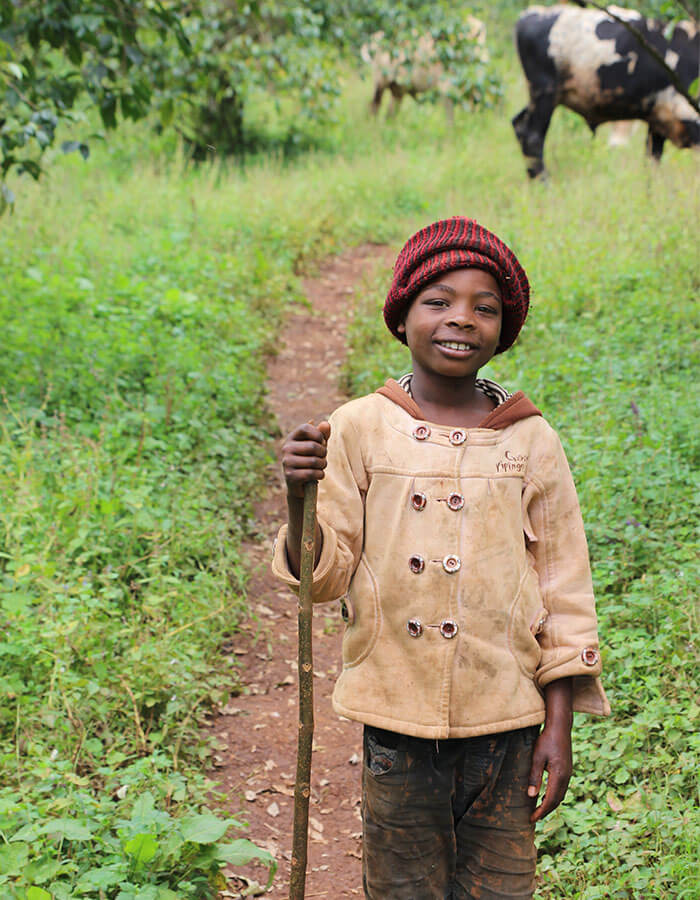 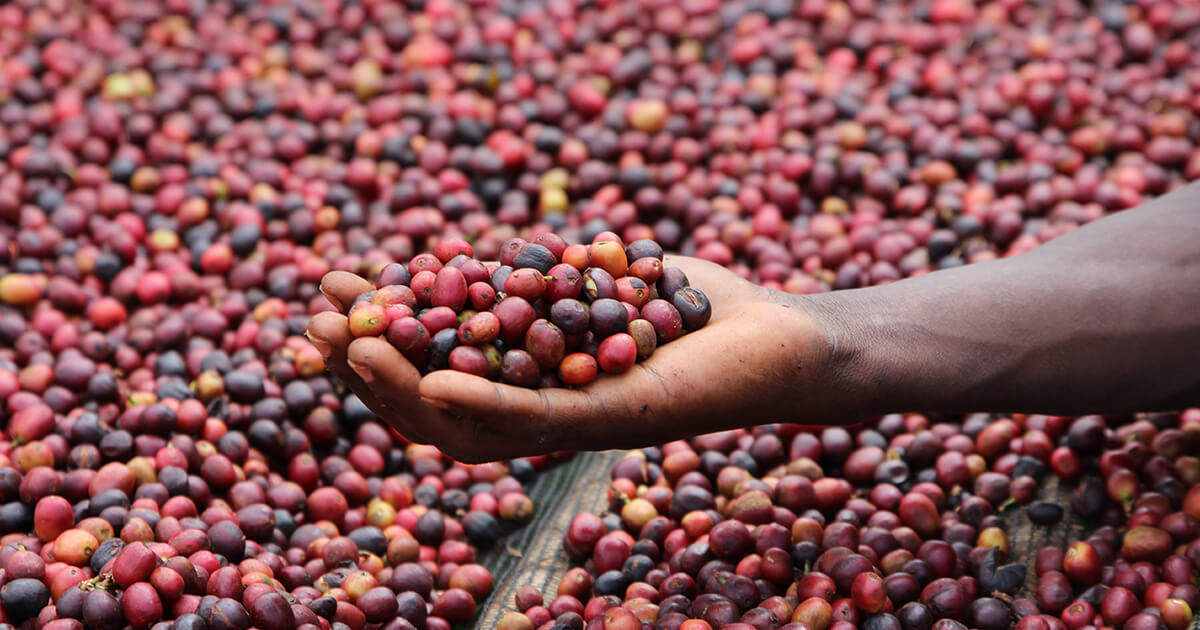